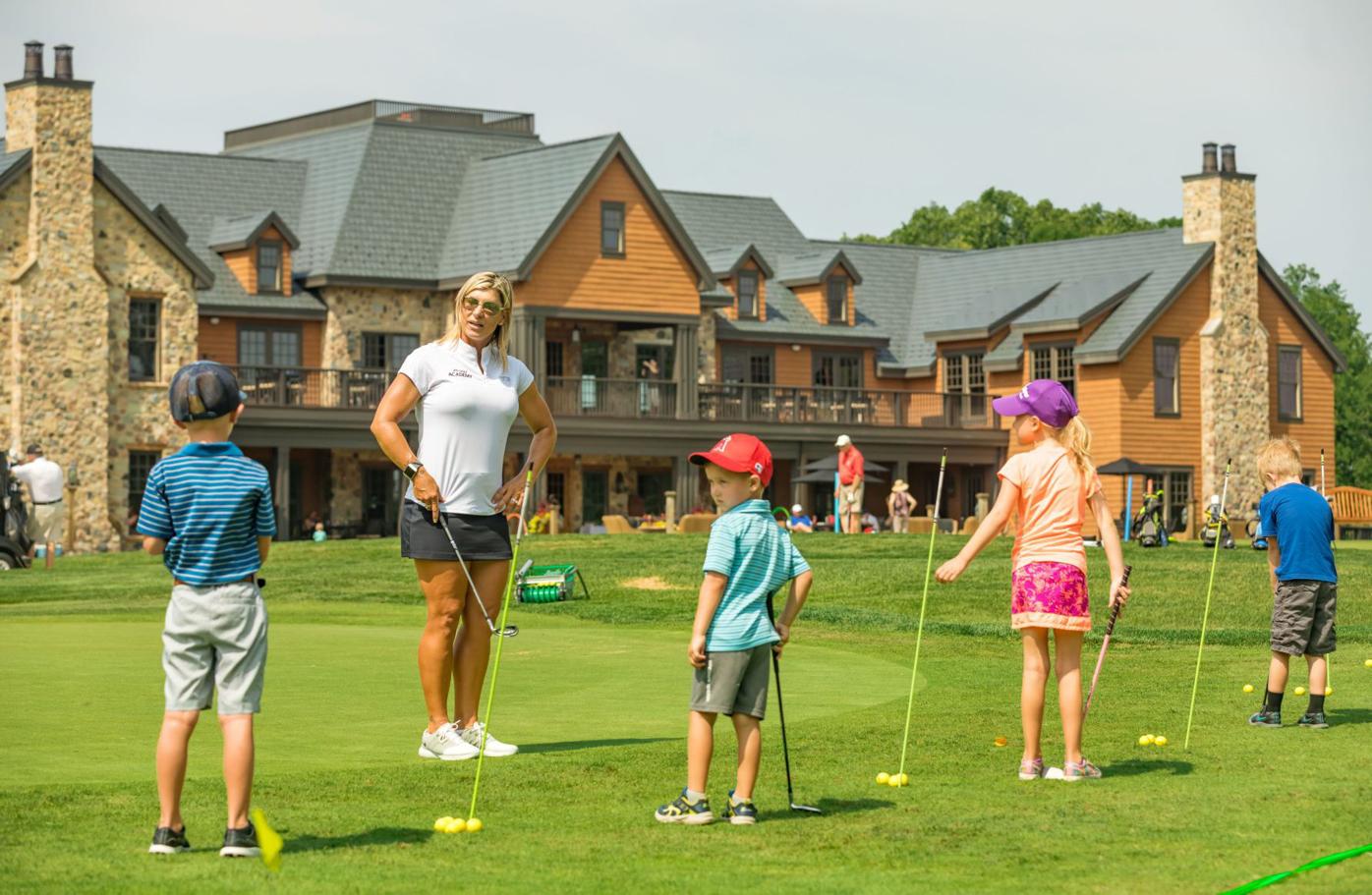 The Ironworks Golf Academy gives youths a chance to receive quality instruction. Seen here at the Beloit Club, 2327 S. Riverside Dr., is a group of youngsters learning the basics. 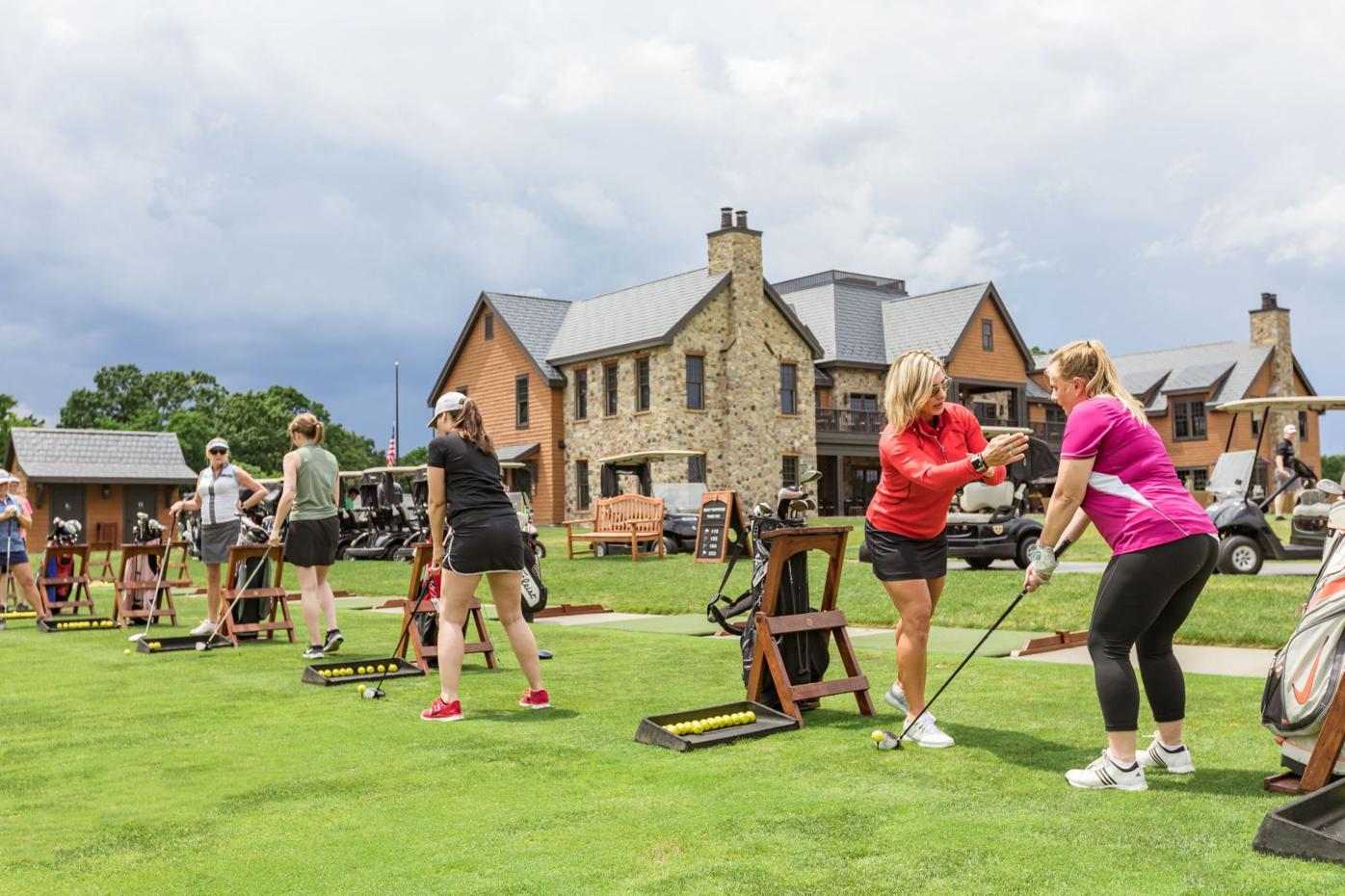 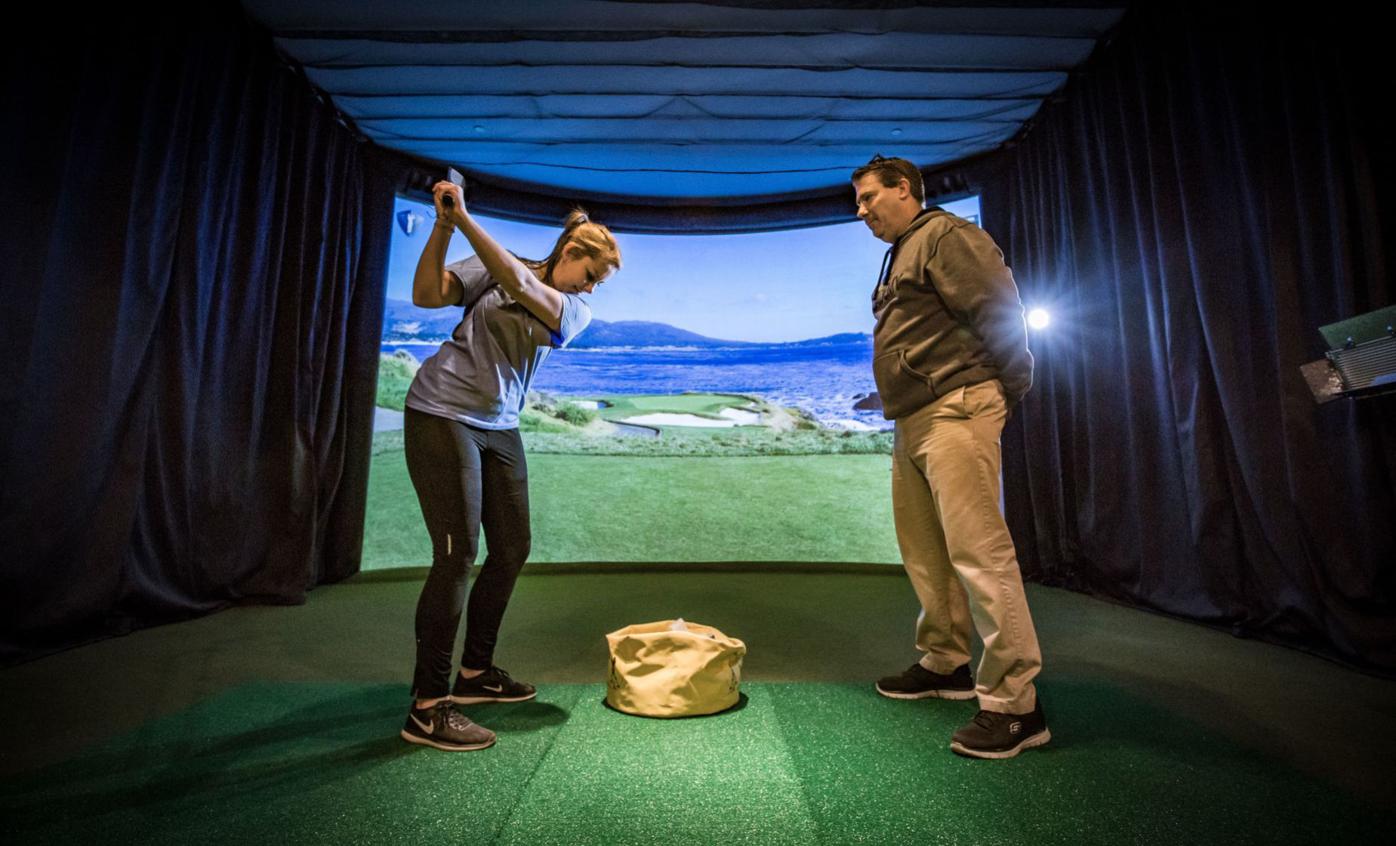 The Ironworks Golf Lab, located at 625 3rd St. in downtown Beloit, offers a unique indoor golfing experience. Participants can practice their swings on a screen with help from instructors.

The Ironworks Golf Academy gives youths a chance to receive quality instruction. Seen here at the Beloit Club, 2327 S. Riverside Dr., is a group of youngsters learning the basics.

The Ironworks Golf Lab, located at 625 3rd St. in downtown Beloit, offers a unique indoor golfing experience. Participants can practice their swings on a screen with help from instructors.

BELOIT — Beloit as a mecca for golf enthusiasts?

With the stunning success of the Beloit Club, the Ironworks Golf Lab and the Irownworks Golf Academy, the rise of the sport mirrors the resurgence of the community.

And as with much of the renaissance going on downtown, golf’s explosion in Beloit is thanks to billionaire businesswoman Diane Hendricks.

The rebirth started when Hendricks purchased the Country Club of Beloit in 2014 and subsequently hired PGA general manager Kent Instefjord to serve as general manager. The Janesville native was at Kohler Co. when Whistling Straits was built and helped Bob Lang open and operate Erin Hills.

Under Hendricks, the Beloit Club was constructed—a beautiful 24,000-foot clubhouse with a resort-quality pool complex. Oliphant Golf renovated the course itself and membership, which had dropped to under 200, and now is just over 700.

“I grew up in Janesville, but I was gone for a long time,” Instefjord said. “When I was contacted about the job at the Beloit Club from Hendricks Commercial Properties it just sounded great, When I came down here and saw the changes that had occurred from what I remembered back in the late 1970s, it was really remarkable.

“I’m a typical Wisconsin guy. I root for the underdog and this is such a cool story that has happened here.”

He said a major attempt has been made “blowing up the perception about what a private club is.”

“We’re not stuffy or pretentious or a place people will feel uncomfortable,” he continued. “Our goal is to have a bar and restaurant which are one of your favorite places, a great golf course that is fun to play and yet challenging for the competitive player. We have one of the best golf academies in the Midwest—if not in the country—from beginners and juniors all the way up to very competitive players. We’re all about creating memorable experiences for our members and their guests.”

“We are offering more family activities than we ever have, whether it’s a Halloween bash or a brunch with Santa, there’s a lot of things for the kids to do,” Instefjord said.

The suddenly thriving Beloit Club is just part of the equation.

“When I got here I wanted to hire a full-time instructor and we were fortunate to hire Travis Becker,” Instefjord said. “At that time probably 50 of our members were going up to Madison to see him. It was great to get him here and he’s just taken the ball and run with it.”

Becker has been WPGA teacher of the year three times (2015, 2019, 2021). He has a huge following, particularly among young golfers. Ironworks’ PGA Junior League team captured a state title in 2017 and has twice been runnerup since.

“We cover all the bases,” Instefjord said. “From men’s golf, women’s golf, competitive golf, social or beginning golf and junior golf with well over 200 kids involved in our various programs. Our Academy goes on the road, too. They work in the Madison and Milwaukee area. Our instructors are busy 12 months out of the year due to our indoor facility downtown. We have people drive over eight hours to work with our instruction team.”

The Golf Lab has three hitting bays with simulators, all the modern teaching technology and a club-fitting operation. The simulator lets golfers choose from over 80 golf courses from around the world. The two Visual Sports Simulators that let you choose 14 other games other than golf, including baseball, football, basketball and zombie dodgeball because the space is also rented out for parties.

The Golf Academy offers technology and a level of instruction found nowhere else in this area. In addition to the instruction team, which boasts over 60 years of combined experience, the facility’s hi-tech technology includes the HD Golf Simulator, Boditrak Pressure Mat, Trackman 4-Launch Monitor, SamPutt Lab and TPI/K-Vest Lab.

While the Golf Lab and Academy were closed due to COVID-19 issues, they reopened with safety guidelines and still had a record revenue year as well as a record January of 2021.