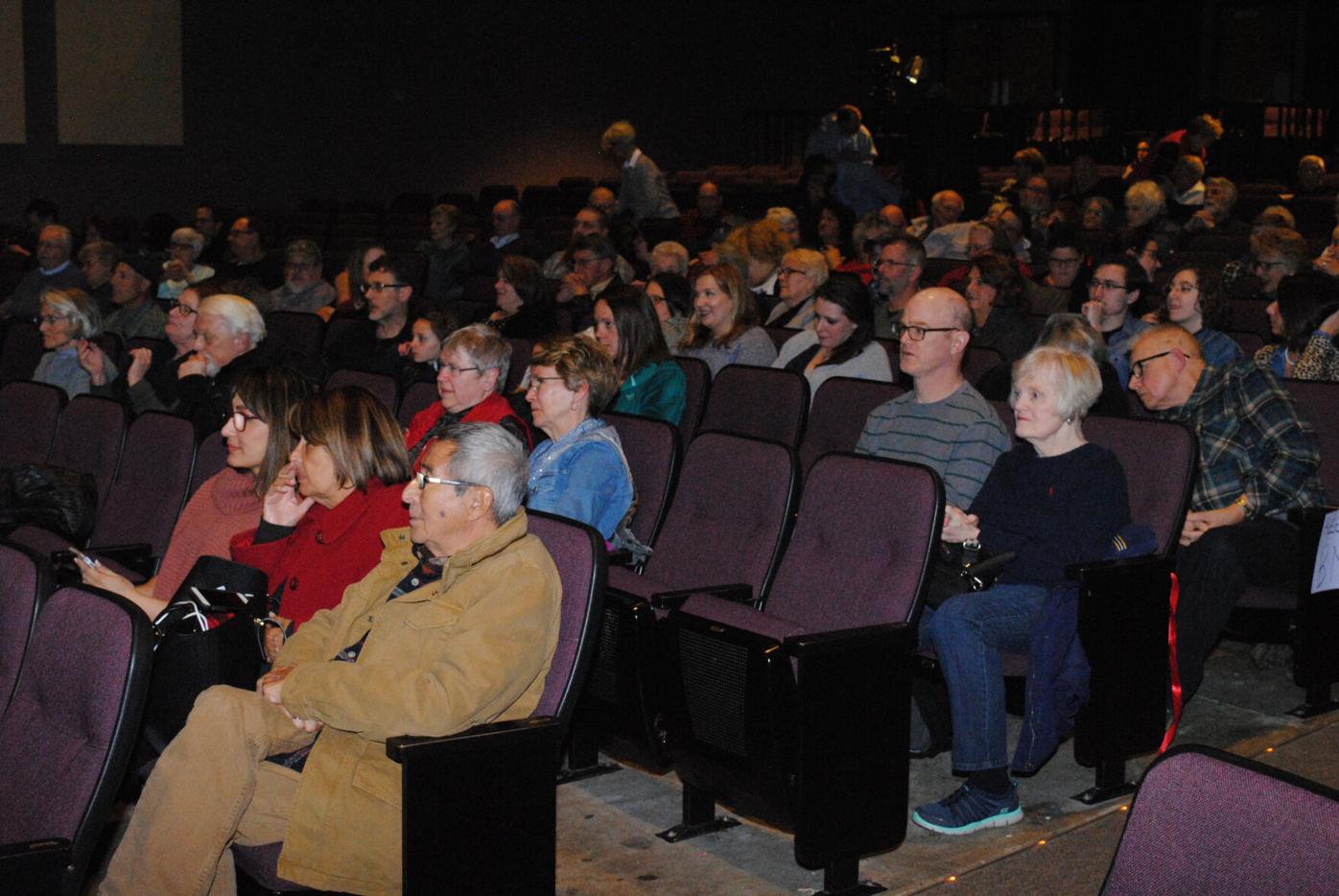 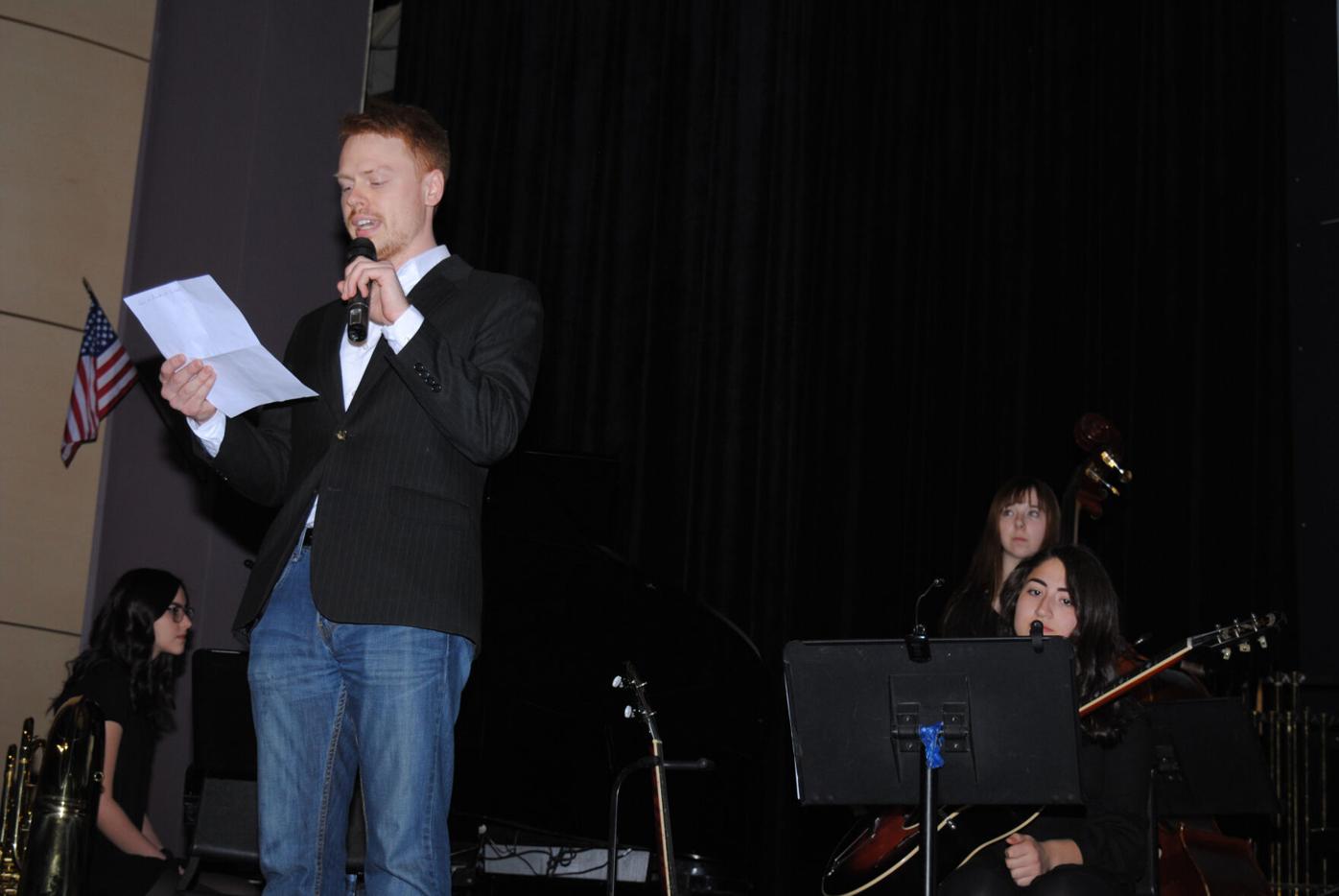 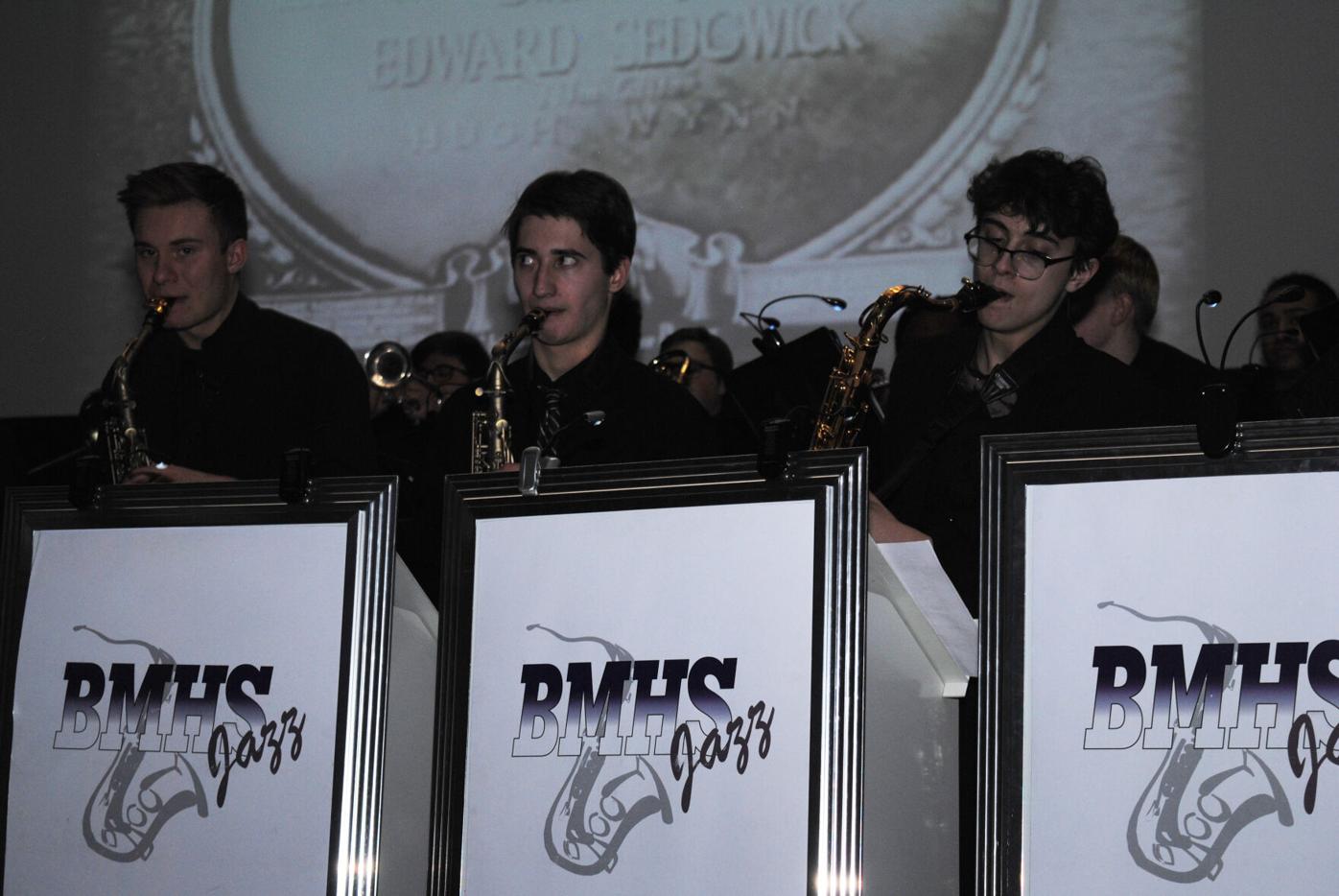 While the cinematic classic "The Cameraman" was screened, director Chris Behrens and the Beloit Memorial Jazz Orchestra showcased a worthy accompaniment to the Buster Keaton flick.

The film tells the story of a sidewalk photographer who's in love with a woman working at MGM Studios. In an effort to impress MGM and (hopefully) the woman, he upgrades his small operation by purchasing a movie camera. Keaton both co-directs and stars in the film.

Marline and Tom Holmes, of Beloit, came out to the Silent Film Showcase to see the jazz band perform. They've come out to the showcase the last few years. They also volunteered during BIFF by taking tickets for different showtimes.

David and Theresa Wilson, of Beloit, attended the showcase to see their daughter perform with the orchestra. It was their first time attending any BIFF event, and they were looking forward to watching the orchestra emphasize a film they hadn't seen before.

Max Maiken, BIFF executive director, said at noon Sunday that officials were in the process of wrapping up the film festival.

"We hit all of our marks and had quite a good year," Maiken said. "It just was an incredibly smooth festival, and the film makers...it's amazing to hear so much good things about Beloit. They've just really enjoyed the time the spent here."

One of the blockbusters of the film festival was the film "All the Queen's Horses," by director Kelly Richmond Pope.

The documentary tells the story of Rita Crundwell, the former city comptroller of Dixon, Illinois, who stole $53 million of public funds over 20 years. She used the funds to build one of the largest quarter horse breeding empires in the nation.

Due to the film's popularity, Maiken said BIFF added six additional screenings during the festival to keep up with demand.

He speculates the film was so popular due to so many local connections.

"What keeps us relevant is the conversation we're able to create from film," Maiken said. "That's what engages our audience to what watch quality content...and that spark will never die. Beloit International Film Festival will continue to be the catalyst for the conversation."

Festival officials once again thanked their contributors and recognized talent with the annual BIFFY awards on Saturday at La Casa Grande.

Overseen by BIFF president Marty Densch, 15 awards were presented this year honoring the creativity, energy and dedication of the artists.

Award winners were selected by staff and popular vote and recognized for achievement in specific film genres, as well as excellence in creativity, messaging and production. The event began by recognizing this year's this year's Honorary Chair, Beloit native Ryan Churchill, whose film, "The Sixty Yard Line," was not in competition this year but proved to be one of the most popular films of BIFF 2018, Maiken said. Churchill was presented with a special Honorary Chair BIFFY award for his contributions to BIFF and to the City of Beloit.

One of those awards voted on by viewers was the annual People's Choice Award, recognizing the top film from the Wednesday evening BIFF Year 'Round film series at the Hendricks Center for the Arts at Beloit College. From the 30 films presented this year, attendees selected "Canine Soldiers: The Militarization of Love," directed byï¿½Nancy Schiesari.

• Best Documentary Feature: "The Blood is at the Doorstep," directed byï¿½Erik Ljung.

• Best Narrative Short: "I Got You Babe," directed and written byï¿½Ashton Avila.

As always, the festival ended by screening a classic film. This year's film was "The Sting," starring Paul Newman and Robert Redford. Audiences flocked to Schubert's Luxury 10 Theater for the free screening.