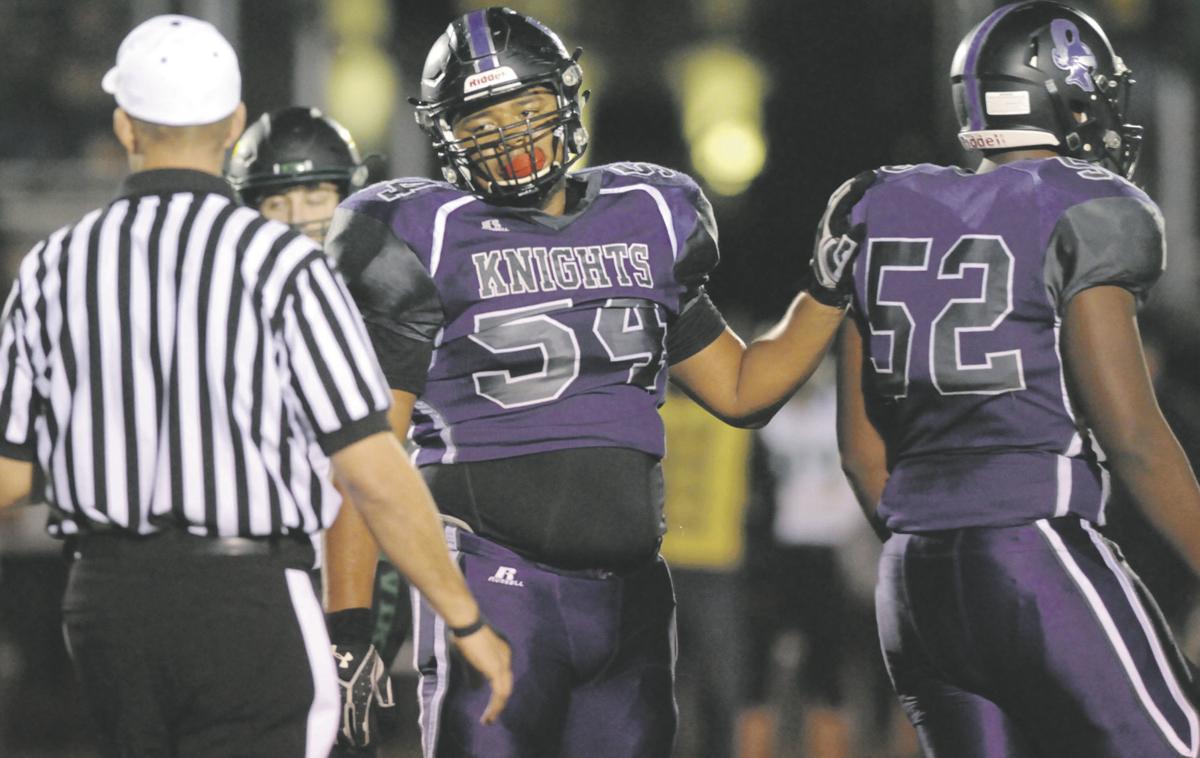 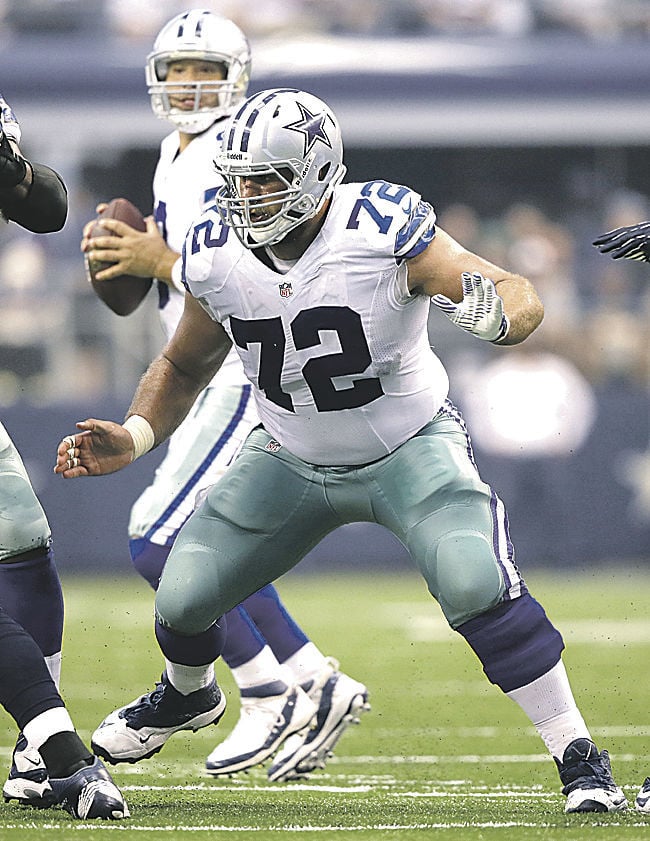 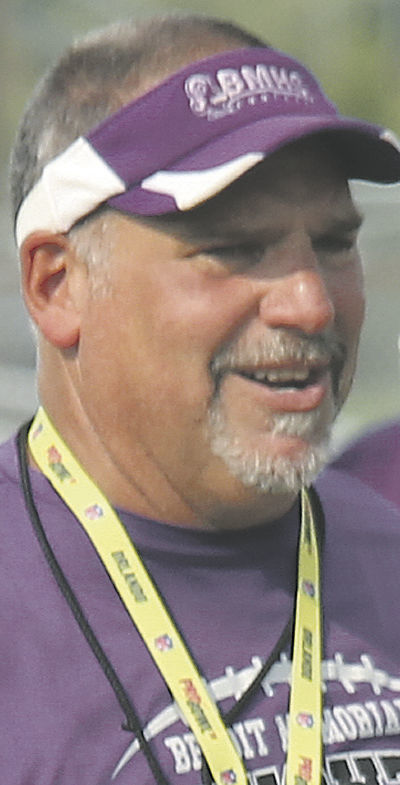 BELOIT—Milton High School football coach Rodney Wedig missed out on the opportunity for some personal accolades when the Wisconsin Football Coaches Association Clinic was canceled due to COVID-19.

He was to receive a pair of plaques, one for putting in 25 years of service and another for reaching the 150-victory plateau.

He ended up receiving both plaques in the mail.

With plenty of time on his hands, Wedig took to Facebook and Twitter to honor many of the athletes who’ve not only made those 25 years enjoyable, but helped him achieve 150 career wins. He compiled a list of the top 25 players he’s coached, posting one per day, completing his all-star team over the weekend.

Wedig’s 156-109 record includes stops at Almond-Bancroft, Walworth Big Foot, Beloit Memorial and Milton. He built his first two schools into consistent winners, leading the Chiefs to a WIAA Division 4 state crown in 2009 and runnerup finishes in 2008 and 2012. He brought the Purple Knights back to respectability and then led 9-2 Milton to the 2019 WIAA playoffs in his first season there.

“The top players were easy choices and the top 10 were pretty clear,” Wedig said. “They were all scholarship-type players. They were all guys who when you saw them on the field you knew right away, this kid absolutely can play football.”

His No. 1 not only was the best linemen ever at Big Foot, but one of the best Wisconsin Badgers as well, and an NFL All-Pro player. Travis Frederick, a 2008 Big Foot graduate, dominated on both sides of the ball. As Wedig likes to say about his top players, “He was a man among boys.”

Wedig said Frederick not only had the talent, but the drive to succeed.

“I remember him breaking his arm during the last regular-season game,” the coach said. “That Sunday I was up at the school and Travis was hitting the sled on his own with the cast on, testing his pain tolerance. Travis is a terrific example of what hard work and commitment can do.”

As a Badger, Frederick earned All-America honors his junior year before declaring for the NFL Draft in 2013. The Dallas Cowboys picked him at No. 31 in the first round and he went on to be named an All-Pro center three times and earn five Pro Bowl selections in his seven years as a pro. He missed the 2018 season due to Guillain-Barre syndrome, an autoimmune disorder, and chose to retire after the 2019 season.

Wedig’s second pick, Michael Walker, led the Chiefs to back-to-back state title game appearances, including 2009’s D4 state championship. The All-State running back had five touchdowns in the Chiefs’ 42-13 win at Camp Randall. That season, he rushed for 1,180 yards with 19 TDs and finished his career with 3,772 yards rushing and 936 receiving yards.

After playing at St. Cloud State, he had a tryout with the Minnesota Vikings.

“I have a pretty cool picture from training camp of Teddy Bridgewater handing off to Michael,” Wedig said. “A great athlete and a great young man.”

“His sophomore year we had the Red-White game,” the coach said. “On the first play of the game this sophomore running back with a weird stance went 60 yards for a TD against our varsity starters. (Defensive Coordinator) Adam Bakken almost lost it while I was like, ‘This kid can help us this year!’”

Against Freedom in the playoffs his senior year, Dixon carried the ball 38 times for 289 yards and five TDs. He was the WFCA Offensive Player of the Year.

“Mason had some D-II scholarship offers, but he wanted to try to break his dad’s rushing record at Beloit College,” Wedig said.

Cary started four years on the varsity, including his freshman season when Big Foot won state. He earned All-RVC honors three times and All-State as a senior. He received a scholarship to North Dakota.

Grosskopf was All-Big Eight his senior year when he led the Knights with 16 tackles for loss and three sacks. He received a scholarship from D-II University of Sioux Falls.

“You have kids who just jump off the map,” Wedig said. “That was Amaurii his senior year when he really got it gother.”

In Beloit, he appreciated the player who transcended what had been a losing tradition for over a decade and became standout players.

“Steve Makinen is a perfect example,” Wedig said. “He was a really tough kid with a great arm. If I had taken Steve and put him on a Big Foot team with the offensive lines we had and some of the skill guys, it would have been a different story for him as far as recognition goes.

“Casper Clark was the same way. I’ll never forget the Big Eight all-conference meeting. I’ve never been so upset at an all-conference meeting when he didn’t receive First Team Utility Player. He threw for three touchdowns. He ran the ball. He caught it. He returned kicks and punts. He played defense. Are you kidding me? This kid did it all.

“The Beloit kids didn’t quite get the recognition some of them deserved. On the other hand, if you were a linemen from Big Foot you were pretty much a shoe-in for all-conference because of the tradition we had.”

Makinen was pressed into service as a sophomore at QB when C.J. Grahn was injured. He went on to threw for 3,630 yards and 26 TDs and went on to play at UW-Oshkosh.

Wedig ranks Winfield as one of the quickest linemen off the ball he has coached. He had 25 career tackles for loss and scooped up a fumble and returned it for a score. He received a scholarship from St. Cloud, but transferred to Concordia in St. Paul his sophomore year when St. Cloud cut its program.

Wedig said in putting together his list he consulted his knowledgeable family.

“My oldest son Jake was a water boy when I was coaching at Almond-Bancroft,” the coach said. “He still remembers the players’ numbers. Gus (Wedig, who came in at No. 9) was in youth football when I started at Big Foot and grew up idolizing the high school players. Then Matthew was with me in Beloit. They were a big help with the list.”

Wedig said the 2019 season in Milton has him looking forward to future teams.

“The past year invigorated me,” he said. “It was a real positive experience with a great group of kids. I can keep going for awhile. Somewhere down the road if I want to stop, maybe (Defensive Coordinator) Gus will want to take over. Maybe I’ll be on his staff.”

As for now, he’s already working on his next list: His top 25 games.