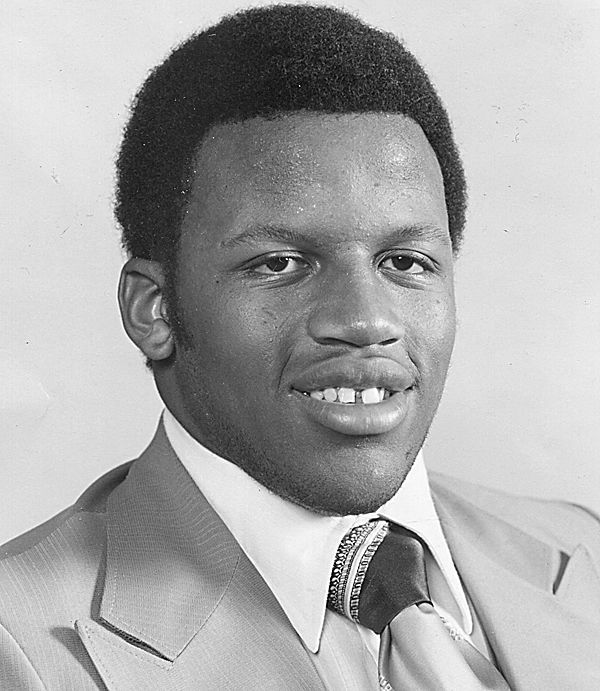 Terry Harrell looked dapper as a member of the Northwestern Wildcats in 1980. 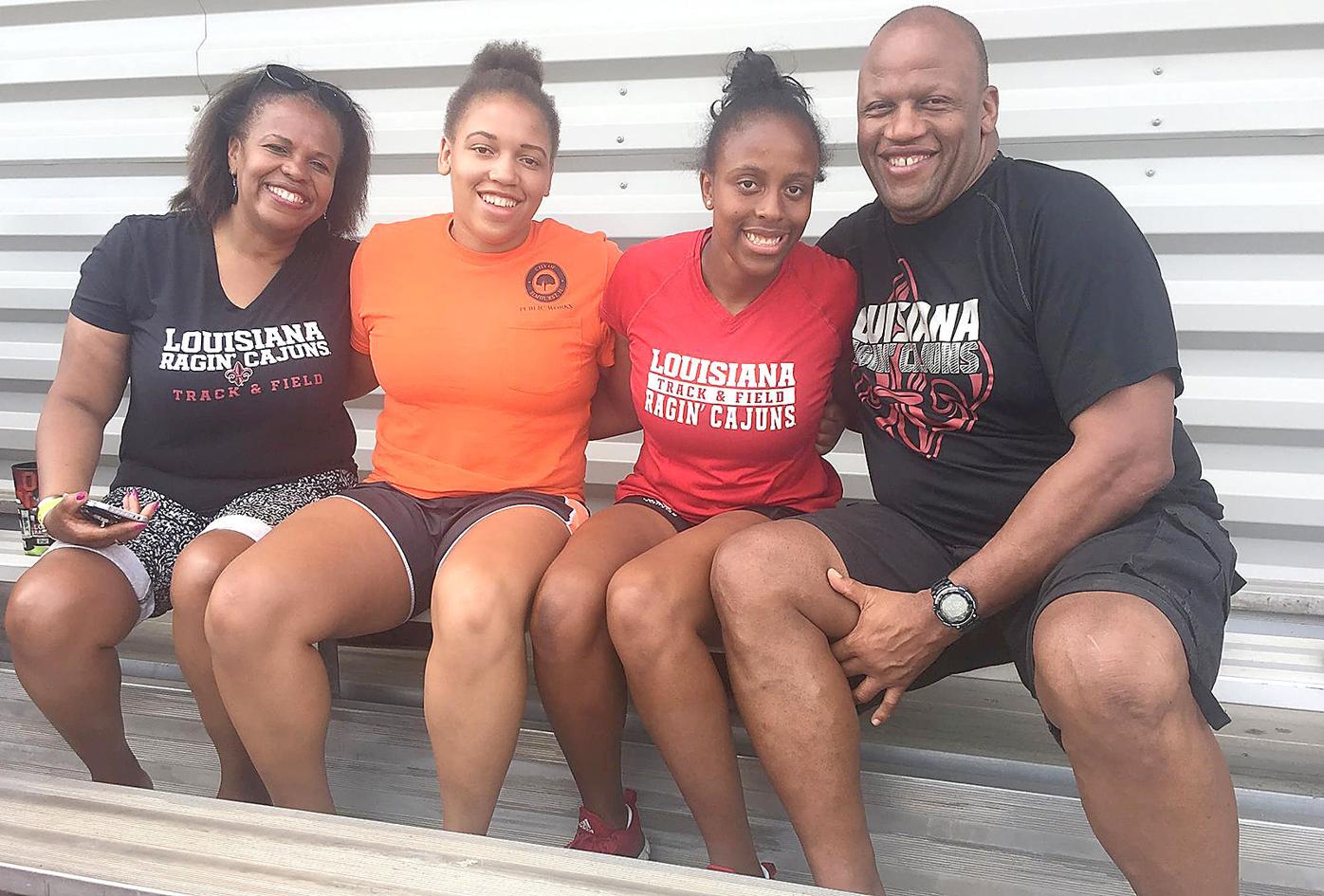 Terry Harrell looked dapper as a member of the Northwestern Wildcats in 1980.

A teacher and girls varsity basketball coach at Willowbrook High School in Villa Park, Ill., Harrell says he tells his students when he was a three-sport athlete, “Beloit really was the epitome of ‘Friday Night Lights.’ Sports was just so important in that community.”

As fortunate as he was to be a Purple Knight in the late 1970s, he was the opposite when it came to wearing purple as a Northwestern University football lineman from 1979-82.

The Wildcats won just one game his first three seasons and endured a 34-game losing streak which remains the longest skid ever by a Division I program.

“After we lost our first game my freshman year, teammates asked me why I wasn’t drinking a beer that night,” Harrell said. “I told them I wasn’t going to drink again until we won. We didn’t win another game until my senior year. I didn’t drink that whole time. I’d made a commitment.”

Harrell will be glued to the TV set Saturday when his alma mater, ranked 19th in the current AP poll, hosts No. 10 Wisconsin.

“I think it will be a close game,” Harell said while taking a break from a Zoom chat with students. “The teams are similar. Wisconsin doesn’t have that running back getting 150 or more yards every week. They both have strong, quick defenses. Wisconsin’s quarterback (Graham Mertz) has been amazing, but he’s still young and Northwestern’s secondary has been better than I expected. They don’t leave quarterbacks a lot of windows.”

Harrell, an NU season ticket holder 20 of the past 23 years, reluctantly gives the nod to the Badgers.

“Wisconsin should probably still win the game due to a little better overall talent, but it should be close,” he said.

“Everybody played basketball in Beloit and I loved it,” he said. “I just didn’t have a basketball body. I wasn’t even sure I could do it until I had a growth spurt my freshman year and got to play for Coach (Gene) Weeden. I stopped being just a fat kid.”

Harrell threw the shot and discus in track and excelled on the football field for John Heineke, starting on both sides of the ball. He was recruited by multiple Division I schools, passing on an offer from Iowa (“I could have played in a Rose Bowl”) because he wanted to play defense at Northwestern.

After playing sparingly as a freshman, he started for Venturi at noseguard as a sophomore. After three years and just one win (1-31-1), Northwestern fired Venturi and hired Dennis Green.

“One of the first things he did was ask me and my roommate if we would switch to the offensive line,” Harrell said. “He wanted me to play guard.”

Harrell balked at the idea, but roomie and tight end Chris Hinton moved over to offensive tackle, put on weight and went on to become a seven-time Pro Bowl player in the NFL with the Indianapolis Colts.

“I guess Coach Green knew what he was doing,” Harrell said with a chuckle. “I just decided I had put in a lot of time on defense, it’s what I preferred, and I wanted to see it through.”

Green, like many new coaches, rushed to start the players he had recruited.

“He pretty much benched the returning defense my senior year and played a lot of freshmen,” Harrell said. “After we lost to Miami of Ohio (to go 0-4) we staged a bit of a mutiny. We said if he really wanted to win he needed to play upper classmen. He went with the freshmen again at the start of the next game but put us all in by halftime and we beat Northern Illinois (31-6) to snap the streak.”

Northwestern went on to defeat Minnesota and Michigan State in the Big Ten that season.

“By the time I was a senior, Green had made us a better team,” Harrell said. “He brought in more talent. We’d always had some, but not enough depth to win in the Big Ten. I’d see three different offensive linemen in front of me sometimes. Good teams could rotate that many good players. We couldn’t.

Harrell is a big fan of current coach Pat Fitzgerald, who has led the Wildcats to winning seasons eight out of 14 years with four bowl game victories.

“He relies on his defense, his offense can run the football and he expects to win the close games,” Harrell said. “We don’t end up on a lot of highlight shows, but (Fitzgerald) knows how to protect a lead.”

After graduating from NU, Harrell said he was a salesman for a while before he found his true calling. He teaches Social Studies at Willowbrook, a school of about 2,000 students in the western surburbs of Chicago. He has coached the girls basketball team for 12 seasons.

“I wonder what Bernie Barkin would think about that,” Harell said. “He hated to even give the girls court time.”

Barkin, however, would be pleased Harrell focuses on fundamentals—and running.

“We try to push the ball as much as we can and keep it exciting,” Harrell said. “We do everything boys teams do short of dunking.”

COVID-19 has interrupted what he believed would be one of his best seasons.

“We’ve been pretty strong the past couple of seasons,” he said. “We usually lose a couple of the best players in the area to a private school, Lombard Montini, but their coach left and we picked up a couple of transfers. I’ll have two 6-1 post players, one who has already committed to D-I Eastern Illinois and the other to D-2 Winona State, and three point guards who have all been all-conference. We really should have a shot at state. Then COVID hits.”

Harrell and his wife Margaret live in Elmhurst. They have two grown daughters, Samantha (23) and Alexandra (26), neither whom inherited his passion for basketball. Alexandra was a stellar multi-event star for the University of Louisiana-Lafayette track and field team.

Harrell has coached plenty of other people’s kids, in both AAU ball for 12 years with the Western Suburban Sharks, as well as at Willowbrook. He also coached football there, although he said he gave that up because it was hard on his knees.

“I need a couple of new ones,” he said. “Before I retire, I will have to get that done. All the old coaches seem to have that problem. After I retire from teaching, maybe I will go back to coaching AAU ball. I’ll have to see what my wife is still on board with that.”