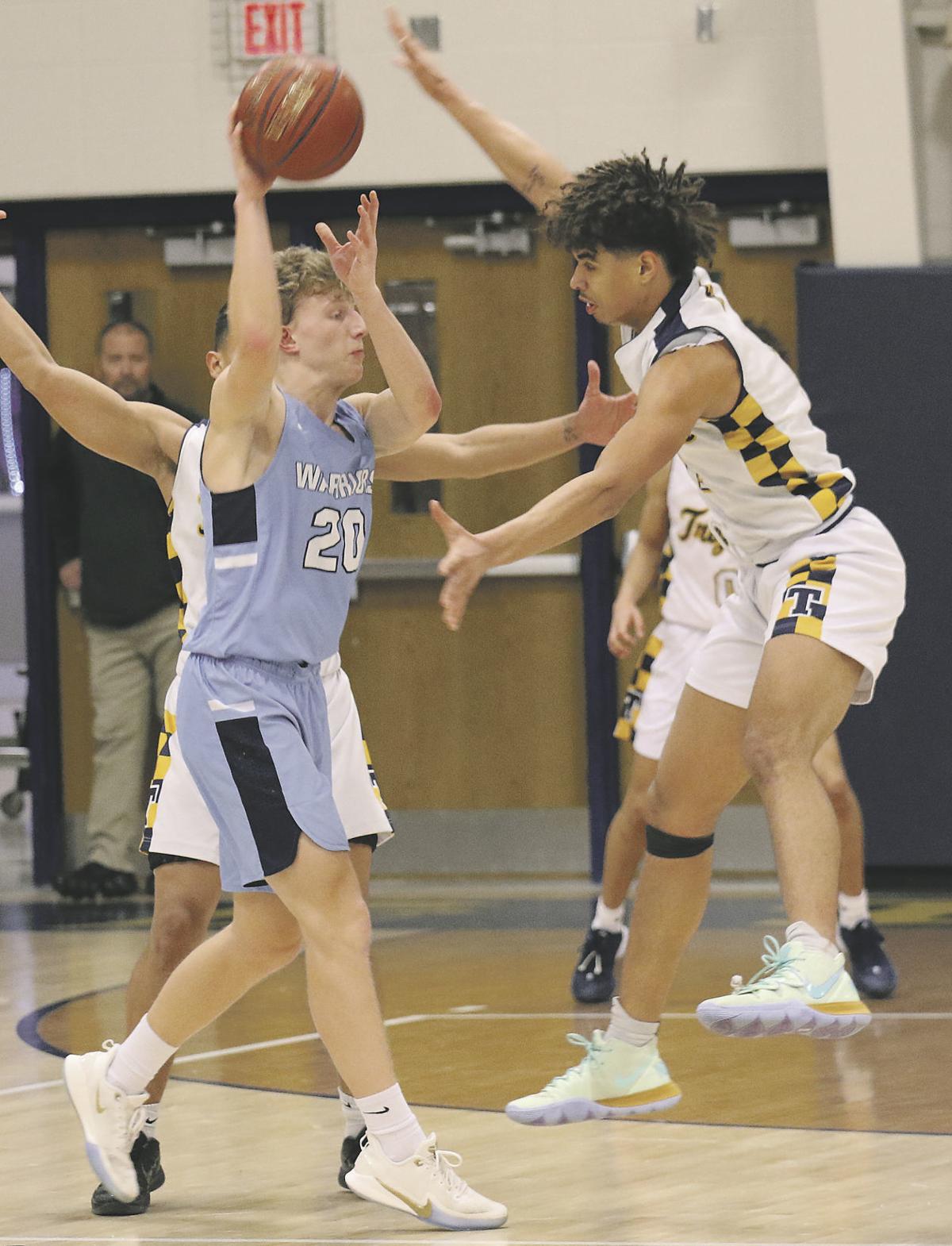 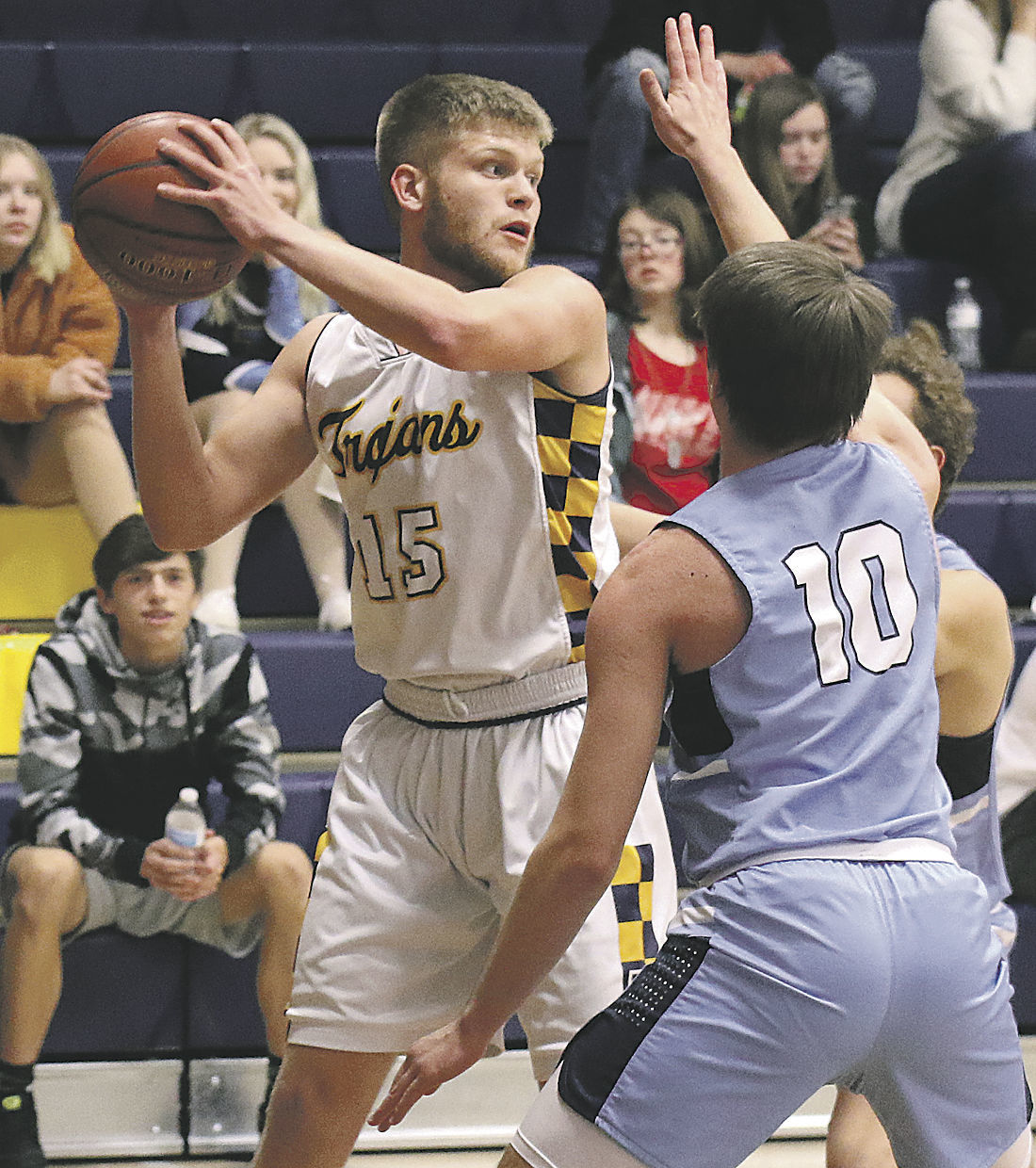 BELOIT—It was a rough decision Tuesday night trying to determine which was more fun to watch, Beloit Turner’s offense or its defense in its 81-49 dismantling of visiting Lakeside Lutheran.

With Danny Burrows swishing five 3-pointers and Jordan Majeed three in the first half, the offense got off to a great start by hitting 9-of-14 bombs.

For staying power, though, that Turner defense, with 6-foot-6 Dai’Vontrelle Strong at the point of an efficient 1-3-1 zone, sure drove the visiting Warriors batty.

“At the beginning of the season we had a good offensive game going, but not as good on defense,” Strong said. “Then we had a spurt in there where we picked up the defense and we were lower on offense. Now we’re clicking on both ends of the floor. It’s a perfect time with playoffs coming up. We just have to keep it up.”

Staying revved up through Thursday is definitely the mission. Second-place Turner (14-3, 12-1) travels to first-place East Troy (16-1, 13-0) with a share of the Rock Valley Conference lead at stake.

“We are playing really well and we have the big one on Thursday,” said Turner head coach Ken Watkins, whose team was highly-regarded to start the season and then hit a couple early speed bumps. “Every season is a work in progress. It’s not going to be a cakewalk. Teams have brought their best against us fairly consistently. Even with what we had coming back, you still have to establish an identity.”

It took awhile, but Watkins sure isn’t complaining about how the Trojans are playing now.

“We’ve played pretty good defense for the most part of the season, but especially over our current nine-game winning streak,” Watkins said. “Our defense has been our best asset. With our offense coming around it makes us a real tough team to play.”

Burrows came out red-hot in the first half, scoring all 17 of his points as the Trojans charged to a commanding 58-24 lead against a team they’d never beaten. The Warriors had a 2-0 career record against Turner and Watkins.

“The seniors were saying we’re 0-2 against them, but I told them, ‘We got this,’ Burrows said with a grin. “I just felt it so I kept pulling it. Lately, I’ve been hitting and I have the coach and my teammates telling me to keep shooting.”

“The last four games he has been lights out and that’s been huge,” Watkins said.

Majeed also had a big first half with 12 points. His 18 for the game tied Strong for team honors.

Strong was a disruptive force on the defensive end.

“Since my sophomore year I’ve been playing up there in the 1-3-1 so I kind of have that spot down,” Strong said. “Since I have long arms, it’s easy to get deflections. I’m just trying to take up a lot of space and make it difficult to see. We are a pretty big team so that makes it tough on teams.”

“He makes it easier for all of us,” Burrows said of Strong.

Watkins said Strong played “his best game of the year. He got a number of steals and he rebounded really well in traffic tonight. I thought he was phenomenal. Anything that we were missing, he. was clearing up on the inside.”

NOTES: Turner’s Derrick Wash, Jr. is just one assist away from tying Alec Fruin (2013-17) for the school’s career assist record. Wash has 343. ...Carter Schneider and Levi Birkholz each scored 15 points to lead Lakeside.