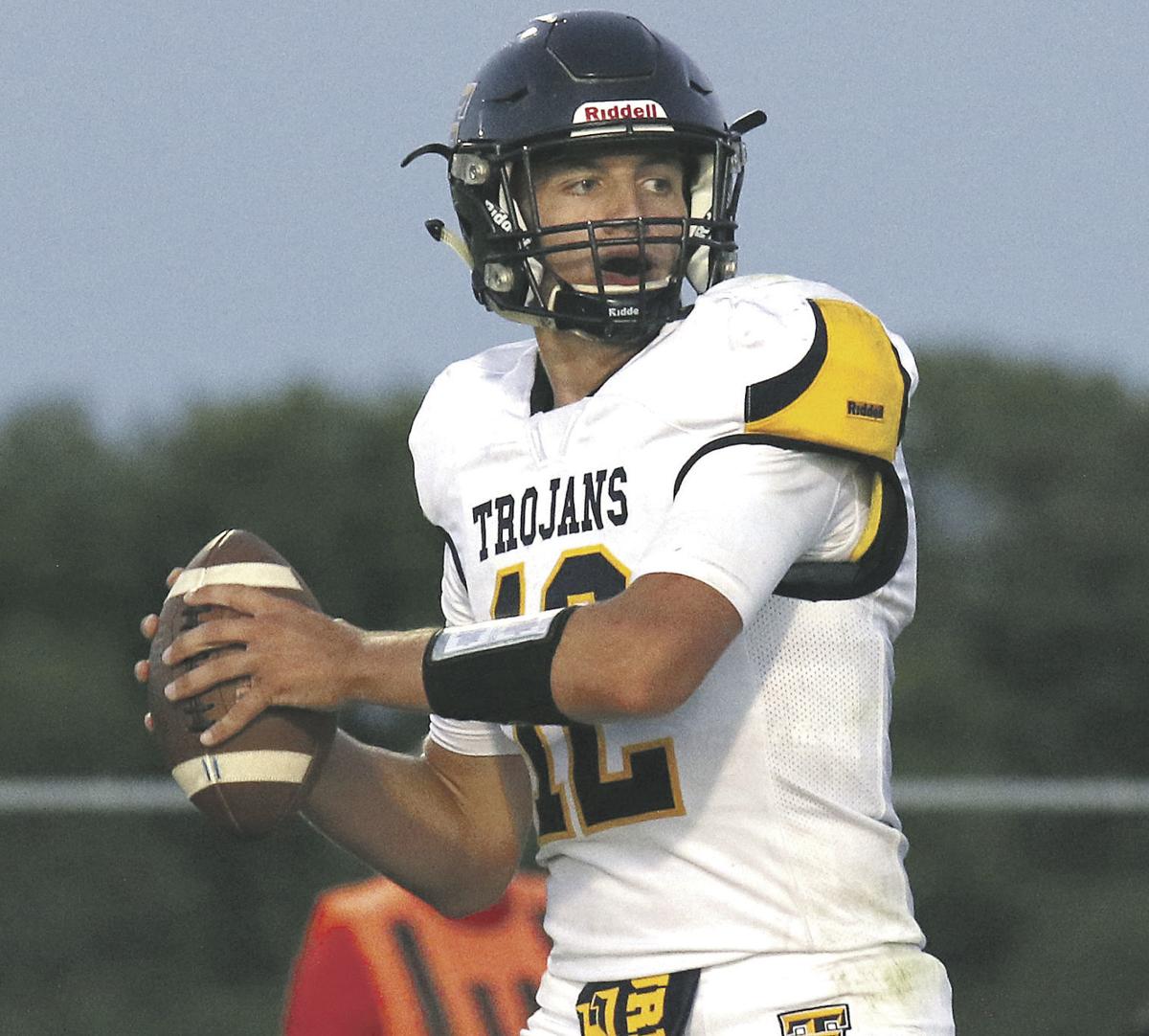 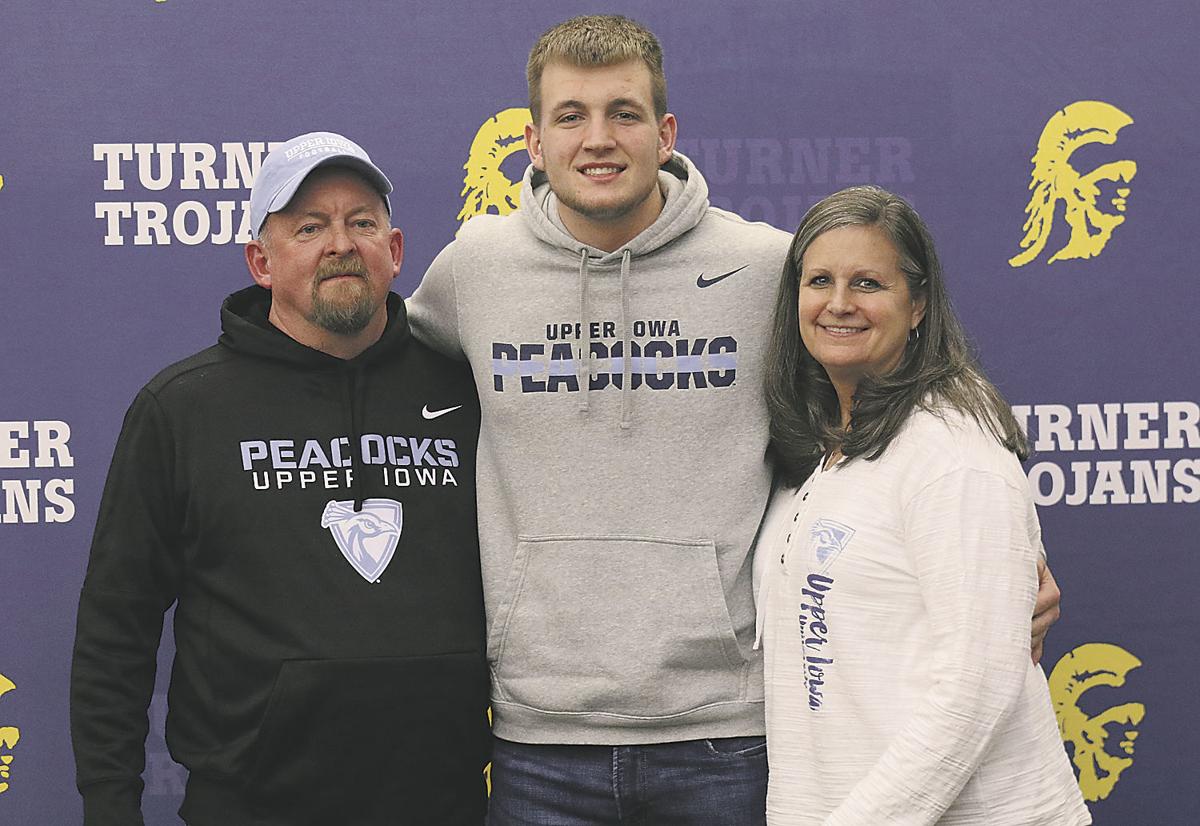 Wednesday, though, the senior also helped him win some future arguments.

To those who claim high school athletes must specialize in a sport to find success, Diehl will point to Draeving and 164,000 reasons why they’re dead wrong.

On Wednesday, the all-time Turner leader in passing yards and touchdowns accepted a scholarship from NCAA Division II Upper Iowa University worth $164,000.

Instead of focusing his attention solely on football, Draeving has been a three-sport athlete, also playing varsity basketball and baseball.

“Everything Kenny has done has helped him,” Diehl said. “Football, baseball, basketball … it’s a collage that makes an athlete. He has experienced different styles of coaching and has been mentored by all of them. It’s been great to see him do so well in not only football, but the other sports as well.”

The 6-foot-6, 222-pounder said Upper Iowa came in late in the recruiting process, only a month ago, but a visit to the campus and a meeting with the coaches made the school an easy choice.

“The past couple of days, Upper Iowa really stood out for me,” he said. “The coaches were in contact with me a lot and it really felt like they wanted me.”

He’s come a long way from the lanky sophomore who wasn’t sure where he fitted on the varsity squad.

“I really thought I’d end up playing tight end because that’s mainly what I did as a freshman,” he said. “I didn’t think anything else was going to happen. But Coach Diehl saw me throw the football and told me I’m a quarterback. Him taking a chance on me was my biggest break.”

Draeving showed steady progress, but the tipping point was when Diehl brought Brad Dement onto his coaching staff last fall.

“Coach Dement is a quarterback guru,” Diehl said. “I really think it was important Kenny had someone of Brad’s caliber to help him this past season. You see freshmen who grow each year and slowly become men before your eyes. Kenny was a raw talent. He always put academics and relationships first no matter what he’s doing. It’s been exciting to see him develop into a quarterback who is now recognized for his attributes and abilities at another level.”

Draeving agreed working with Dement was key to his development.

“He has helped me improve a lot,” the quarterback said. “He knows the position so well. He played it his entire life. I’m going to continue to work with him throughout my off-season preparing for college.”

While the recruit’s size is a bonus, Diehl said, “I think Kenny would be right where he is if he was 5-10. That’s the kind of kid he really is.”

“When I visited, the players said there was a new atmosphere there with the new coach,” Draeving said. “They have an extra burst of energy.”

In addition to a positive experience there, he appreciated the Peacocks giving him a legitimate shot at playing quarterback.

“They play a spread offense and like to throw the ball,” he said. “It’s what I like. I’ll give it my best shot. If things don’t work out in the next year or two and I have to switch positions, then I have to. I just like the sport. It’s tough because there will be six or seven (quarterback) candidates and there’s only one quarterback on the field. For some it won’t work out and for others, they’ll switch positions. By game time there’s usually about three left.”

Draeving, who said he’ll study business, hopes to be one of them.