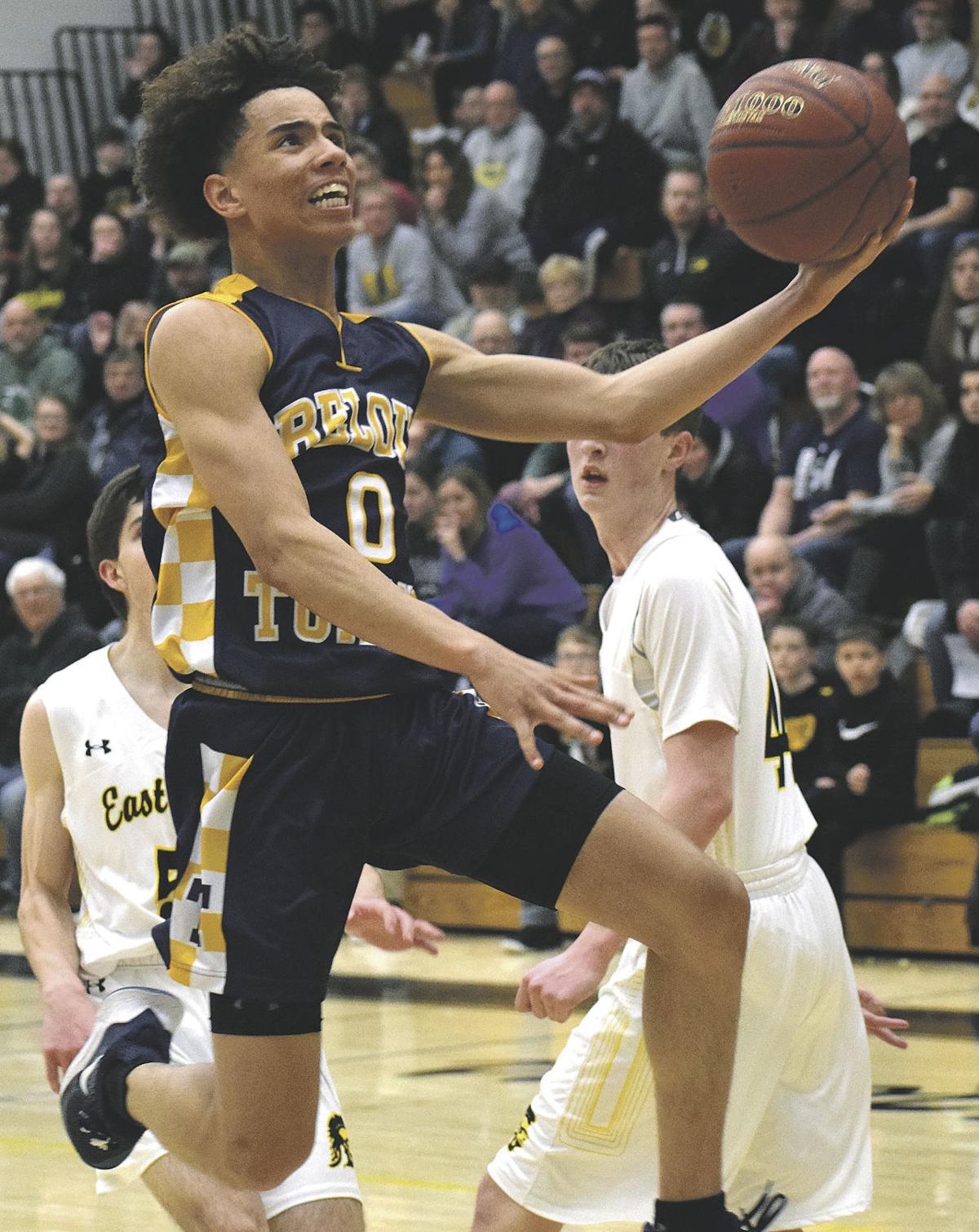 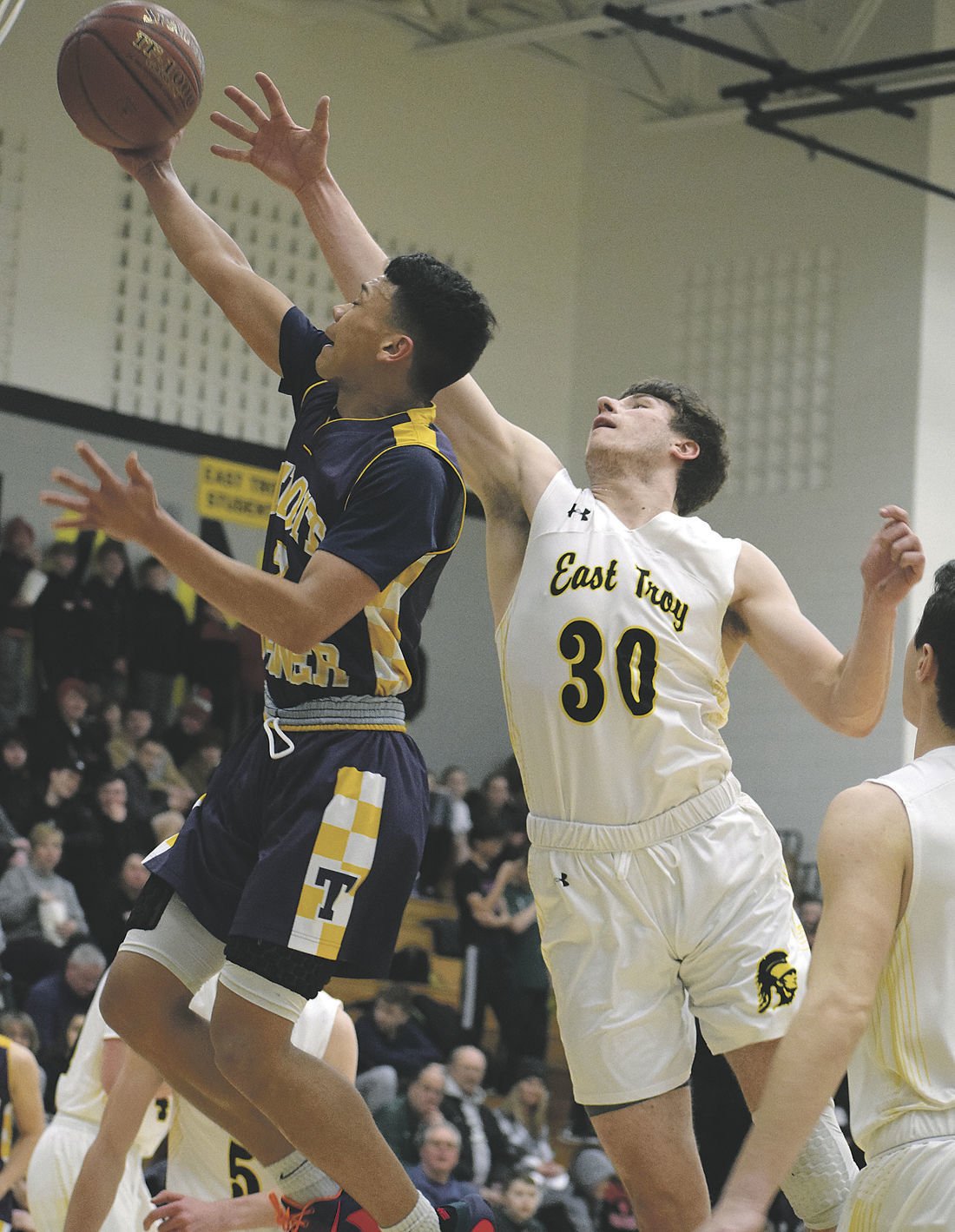 With the East Troy fans at full throat and Turner’s deficit at 11, something had to give.

Turner’s mad run at the 17-1 East Troy squad ultimately ended in a 59-51 defeat, but Turner’s strong will could prove to be a long-term asset when the going inevitably gets tough in March.

Turner eventually cut the East Troy lead to 52-50 on a basket by Dai‘Vontrelle Strong with 1:44 to play, but strong free throw shooting by AJ Vukovich down the stretch proved too much to overcome.

Still, it appeared as though the contest would be a carbon copy of when the two teams met in Beloit back on Dec. 20. In that game, Turner trailed just 35-32 at halftime before Vukovich exploded in the second half, leading East Troy to a runaway 84-61 win.

This time, Turner trailed 29-24 at the break. East Troy led 36-24 before Turner mounted a comeback and hung around for the rest of the game.

“It’s not the result we wanted, but I’m really happy with the effort our kids gave,” Turner coach Ken Watkins said. “They gave it their best shot and showed some toughness in coming back, but we just couldn’t get over the hump.”

One number really stood out to Watkins following the game.

“We went 8-for-19 at the free-throw line, and you just can’t do that against a team like East Troy. They went 22-for-32, but they hit the ones they needed down the stretch.”

“That’s the thing about that team,” Turner guard Jordan Majeed said. “It’s not just Vukovich. They’ve got a lot of good players, and they play really smart. They aren’t going to just give you anything. That kind of play will let them go a long way.”

The Trojans were led by Strong’s 15 points, while DJ Wash added 14 and Majeed finished with 12.

Although the final outcome wasn’t what Wash wanted, he said the team could take some aspects of the game moving forward.

“I think it showed how much we’ve grown up since the first time we played them,” Wash said. “We made that run, and we just didn’t make enough free throws to finish it. It shows that’s something we need to work on.”

The outcome essentially clinched the Rock Valley Conference for East Troy, who moved to 14-0 while Turner fell to 12-2 in RVC play.

Turner will be back in action Tuesday when they host winless Clinton.