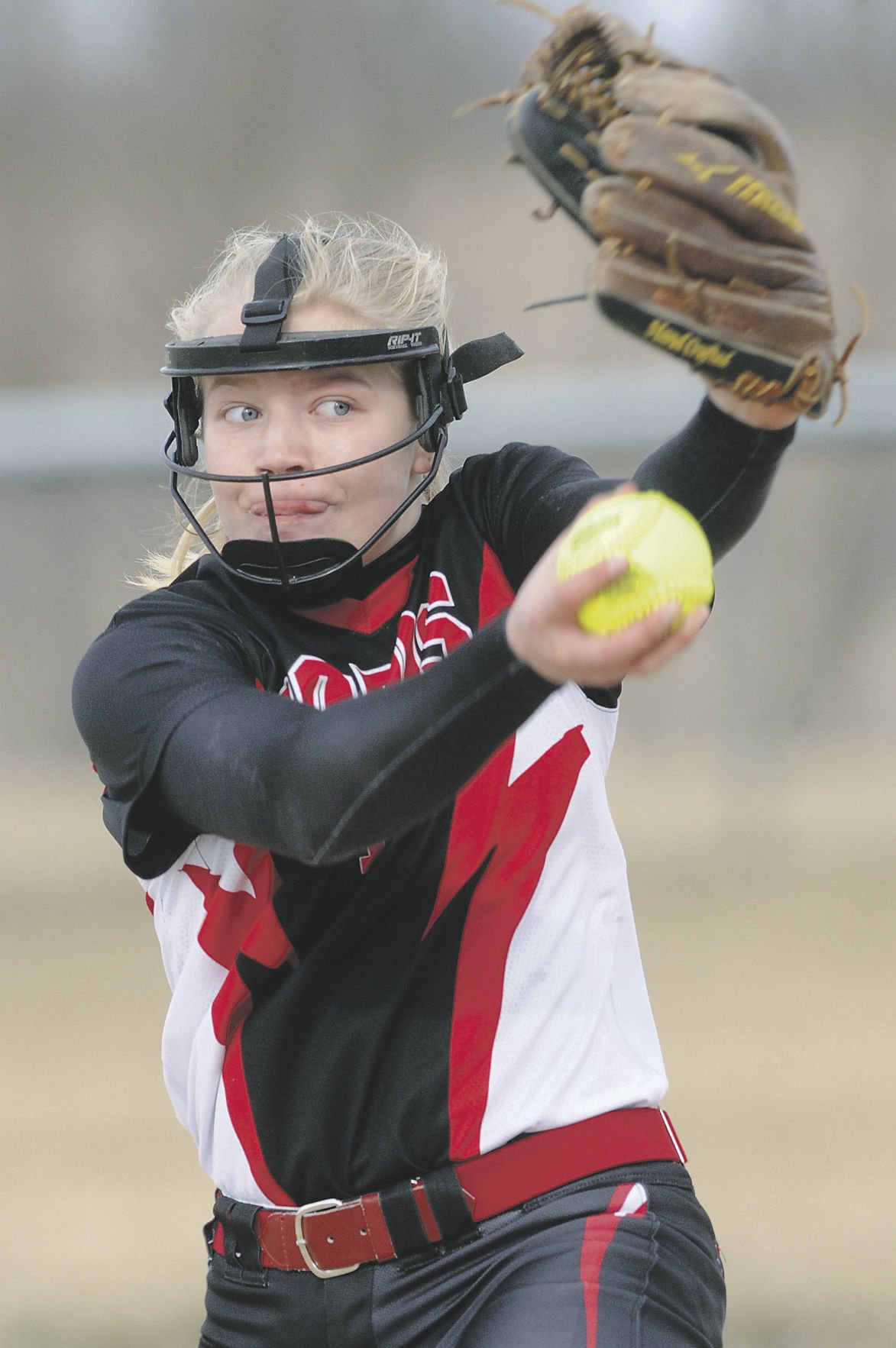 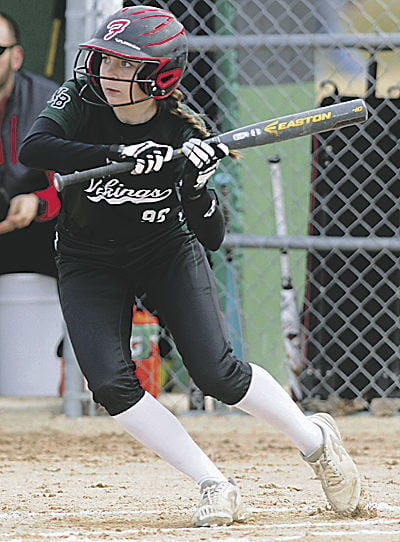 North Boone’s Kaitlin Stefek has faced Madison Carlson as adversaries in prep softball, but in travel ball they are Fury teammates. 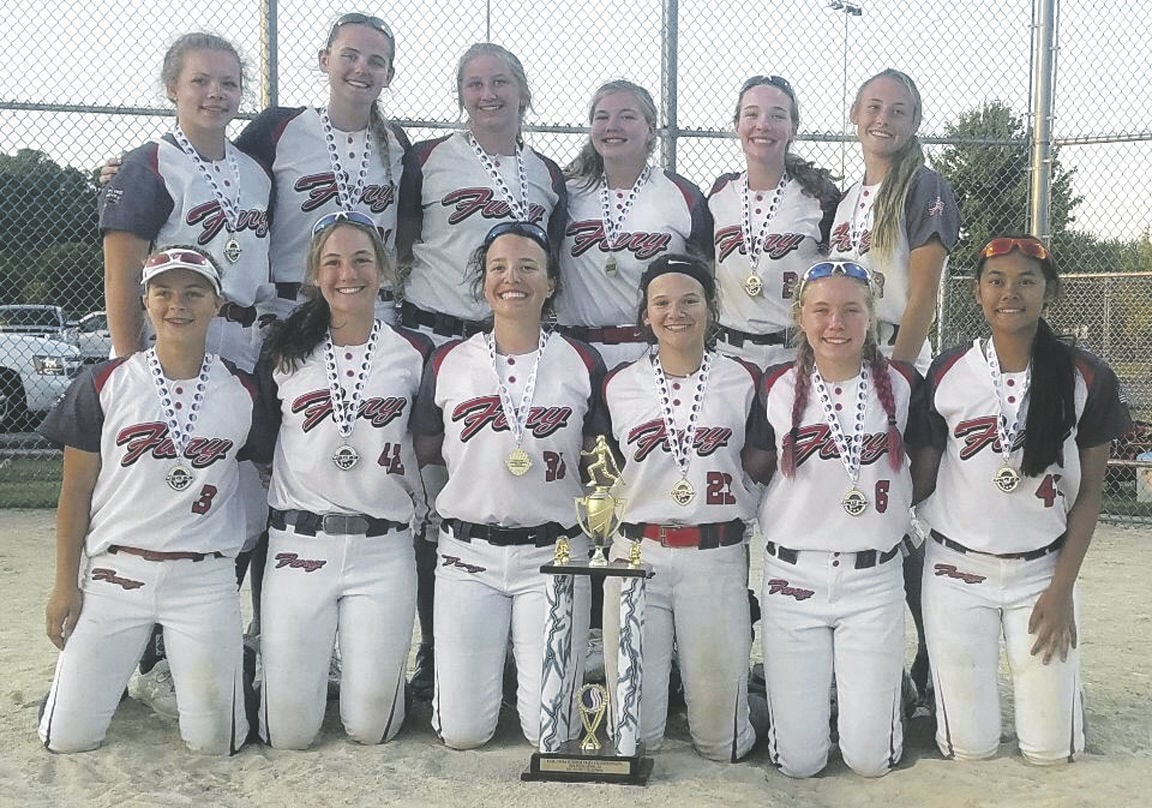 North Boone’s Kaitlin Stefek has faced Madison Carlson as adversaries in prep softball, but in travel ball they are Fury teammates.

SOUTH BELOIT—It was bad enough to lose her junior softball season at South Beloit High School to the COVID-19 pandemic.

Madison Carlson was getting more frustrated by the minute as the summer travel ball season began with teams still barred from practice and tournaments being canceled.

The Fury closed out the final week in May with their first team practice and that weekend played some scrimmages at the Woodside Softball Complex in Wisconsin Dells. This past Sunday, they scrimmaged again with a team in Sturtevant, Wis., and this weekend they will travel to Portage, Ind., to play in the DeMarini Showcase.

Sure beats playing catch with dad, but that’s what Carlson was restricted to for quite awhile.

“First I was just really sad about the high school season because I think we could have had our best team,” said Carlson, who struck out 20 Rockford Jefferson batters during a 2019 game. “I’m sort of over that now. At least I’m a junior and I have another season to play. I feel bad for our seniors who won’t have that opportunity.

“Then I knew I still had to throw and I was doing that with my dad in a field near our house. Finally I was able to go to my pitching coach, Todd Andrews, and throw.”

“We couldn’t practice until just before the first scrimmage,” Carlson said. “That’s really helped, but I did notice my arm was a little sore afterward. It’s still going to take a little while to get it stronger.”

She wasn’t feeling as sore as teammate Natalie Williams. The Hononegah High School senior-to-be broke her hand bunting in the team’s first practice, right before the initial scrimmage.

“It’s really frustrating for Natalie,” her mother, Kathy, said. “This is the year you want to impress colleges and first high school and now this. She’s going to be out four weeks so there goes June.”

Two tournaments on the schedule have been canceled so far, including the Fury’s own, due to the fact Illinois has stricter restrictions than neighboring states. Several more Illinois-based tourneys for later in the summer are still up in the air.

The Indiana tourney they are playing in this weekend was actually rescheduled from this spring.

“We’ve been scrambling trying to add tournaments to replace the ones we lost,” Williams said. “We couldn’t find one for 16U last week so we did the scrimmages. The Fury 14U Red team found one in Iowa to go to. Most of our tournaments were scheduled out of Illinois anyway. It’s Illinois that has been the biggest issue. I can’t even keep up-to-date on the changing rules.”

A catcher, Amanda’s services have been in popular demand.

“Lots of pitchers want to throw so she’s been getting a lot of calls to see if she’ll come catch for them,” her mother said. “Some dads do it, but they get a lot of complaints because they can’t get low enough or they don’t frame pitches well enough. It’s the dads calling asking if Amanda would please come catch.”

The 16U Fury were planning on playing in a huge weeklong Triple Crown Sports Sparkler Showcase in Colorado. That tournament will go on, but due to the pandemic, now will take place in four locations across the country.

“They didn’t want that many teams together and they didn’t want so many teams having to fly there,” Williams said. “They divided it into four tournaments and let you know which colleges will be attending which tournaments. We will be playing in Chattanooga, Tenn., over July 4th.”