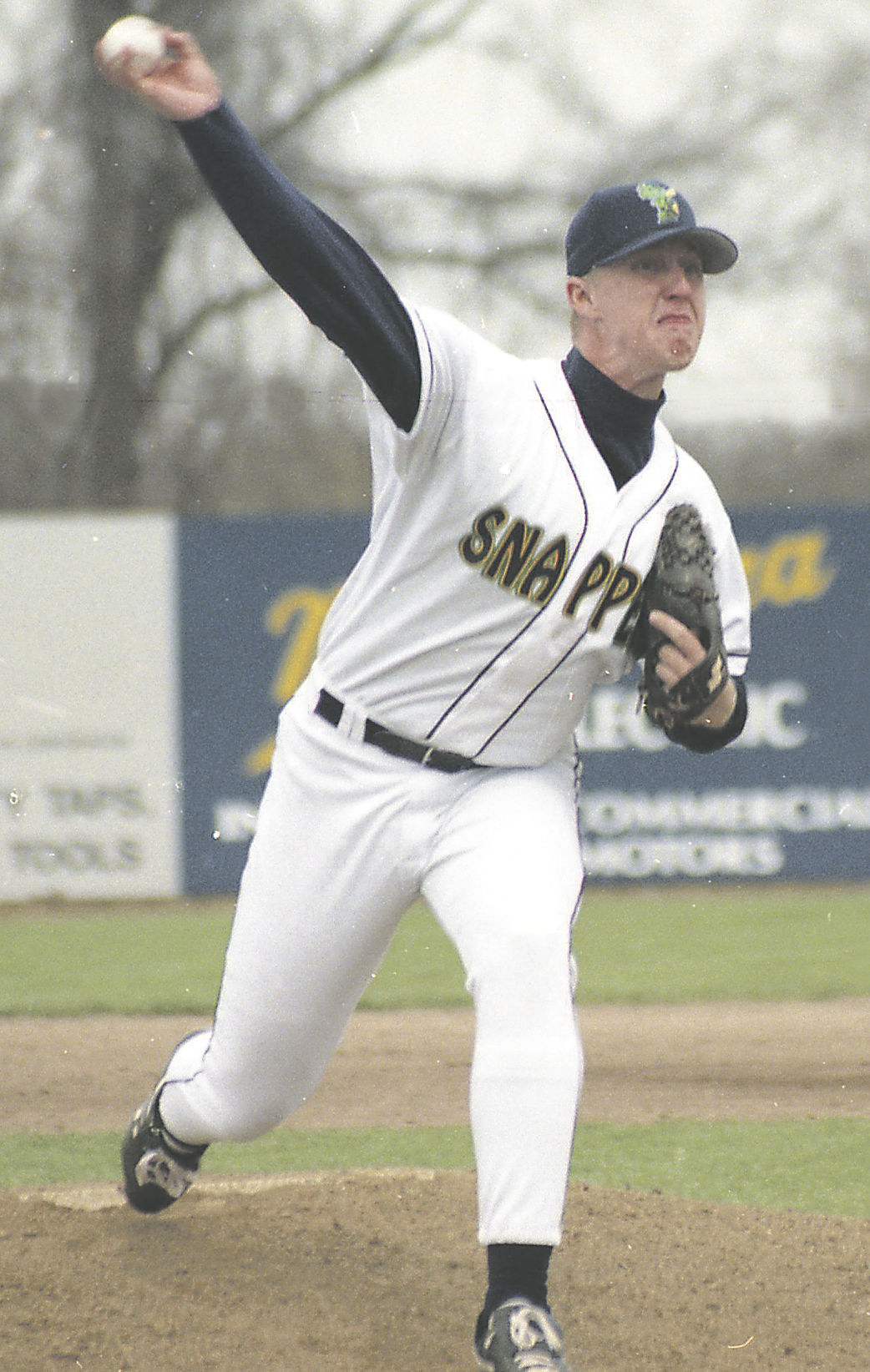 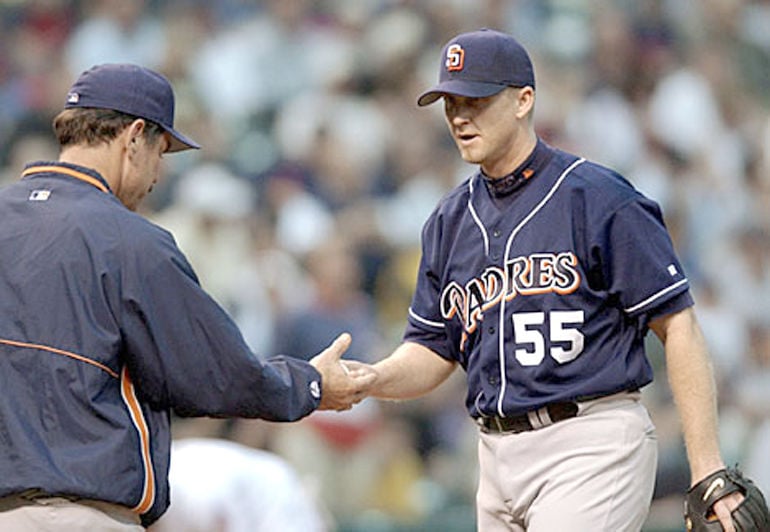 To help commemorate the Beloit Snappers’ run to the franchise’s lone Midwest League pennant in 1995, we have selected 10 of the best games of that season. No.5 was a first-round playoff clinching near no-hitter by Brian Tollberg.

BELOIT—The 1995 Midwest League Playoffs were over for the Rockford Cubbies in a hurry, thanks to the stingiest of pitching by Jeff D’Amico and Brian Tollberg of the Beloit Snappers.

D’Amico retired the final 24 batters he faced and allowed only two hits in winning Game 1 at Marinelli Field in Rockford, 3-0

The next day, Sept. 4, Tollberg picked up at Pohlman Field where D’Amico had left off. He tossed a no-hitter for 7 2-3 innings before allowing two singles. The Snappers bullpen preserved a 5-0 shutout before 1,389 fans, sweeping the first-round playoff matchup.

Over two days, the Snappers pitchers had allowed no runs and just four hits.

“That’s tough to do, especially against a team the caliber of Rockford,” Tollberg told the Daily News. “But our pitching staff just rose to the occasion. (The Cubbies) can swing the bats. You just want to keep them down and keep their momentum down.”

Momentum? The Cubbies were lifeless,

Tollberg was a little worried heading into the game about his own momentum. The Cubbies head roughed him up in his previous outing on Aug. 29 (eight hits, five runs in six innings).

“I was shaky from the get-go the last time out and then settled down around the third inning,” he said. “This time I just wanted to stay focused and not let them have a big inning early.”

The Snappers tried to put him in hot water. Left fielder Michael Dumas dropped a Pat Cline’s long fly in the second inning, enabling the Cubbie to reach second base with no outs. Tollberg then struck out Brandon Pico and retired Vee Hightower on a pop-up to shortstop Danny Klassen.

Tollberg was sharp the rest of the night, hitting corners of the plate and striking out 12 Cubbies, including leadoff batter Steve Walker three times.

“I spotted my fastball really good and my slider was probably the best it’s been all year,” Tollberg said. “They were swinging at it early and often.”

The Snappers’ offense put up a run in the second inning against Dennis Bair, who brought a 1.51 ERA into the game. Drew Williams drew a two-out walk in the second inning and advanced to second on a base hit by John Smith. Klassen’s swinging bunt up the first-base line took a crazy bounce that caused Bair to mishandle it. Klassen beat his throw to first and when the catcher ventured up the line, too, Williams seized the opportunity to slide in with the first run of the game.

Beloit tacked on two more in the fourth inning. Junior Betances singled with one out and scored on Williams’ long double to right. Smith followed with a blast over the left field fence.

That was typical of Smith, a …

“Whenever a tough game is on the line this guy always seemes to do the job,” Beloit Manager Dub Kilgo said. “He’ll get the big hit, a double or a home run or start a rally.”

The Snappers added a run in the seventh. Two walks set the stage for Derek Hacopian’s RBI double. He collected three of Beloit’s eight hits.

With Rockford retired in order from the third inning on, the only question seemed to be whether Tollberg could complete a no-hitter.

With two outs in the eighth inning, Tollberg saw his bid end when Hightower grounded a single up the middle out of reach of second baseman Ronnie Belliard.

Gilbert Avalos followed with a clean single to right, but Saul Bustos flew out to right to end the threat and Tollberg’s night. Kilgo used Scott Huntsman, Greg Mullins and Chris Burt to finish off the Cubbies in the ninth. Huntsman and Burt each had strikeouts, giving the staff 14 for the game.

The victory advanced the Snappers to the second round, although they had to wait for the Quad City Bandits to dispose of Cedar Rapids.

A Bradenton, Fla., native, Tollberg began his pro career in 1994 with the Chillcothe Paints of the Frontier League. The Milwaukee Brewers signed him as a free agent and assigned him to Beloit. The Brewers then traded him to the San Diego Padres in 1997 for infielder Antonio Fernandez (who was waived after a season of Class-A ball with Stockton).

The 6-foot-3, 195-pound Tollberg went on to play in the big leagues from 2000 through 2003 when injuries and Tommy John surgery pretty much derailed his career. An author named Jeff Luderback later wrote a book about the ex-Snappers’ experiences as a pro.

Tollberg was pitching for the Padres’ Triple A team in Las Vegas in 2000 when he was told he was being promoted to fill a spot in the starting rotation due to an injury. It so happened his team was in Tucson when the 27-year-old got the call-up and before he could even call his parents to tell them the good news he ran into the Tucson play-by-play broadcaster, Brett Dolan. Dolan was the Snappers’ broadcaster in 1995 and one of the first to congratulate him. Dolan would also make it to the majors with the Houston Astros in 2006.

Tollberg’s MLB debut on June 20, 2000, was an impressive seven innings in a 3-1 victory over the Arizona Diamondbacks. He allowed only one hit, one unearned run, three walks and struck out seven. Trevor Hoffman ended up picking up a save and while the future Hall of Famer would typically keep the ball, on this occasion he handed it to Tollberg.

Tollberg ended his MLB career with a 15-16 record and a 4.48 ERA with the Padres. He also pitched in the Colorado Rockies and Astros organizations at the Triple-A level and finished his career in 2008 toiling for the Somerset Patriots of the independent Atlantic League.

He was the first ballplayer to make it to the majors from the Frontier League. The league’s version of the Cy Young Award is named after him.

Tollberg, 47, is active in youth baseball and serves as Director of Player Development for Palma Ceia Little League in Tampa, Fla.