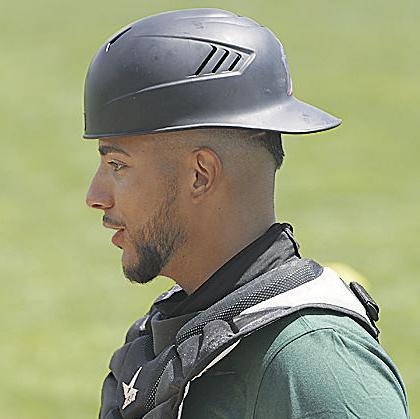 Catcher David Martinez and the Snappers practiced at Pohlman Field on Sunday afternoon. 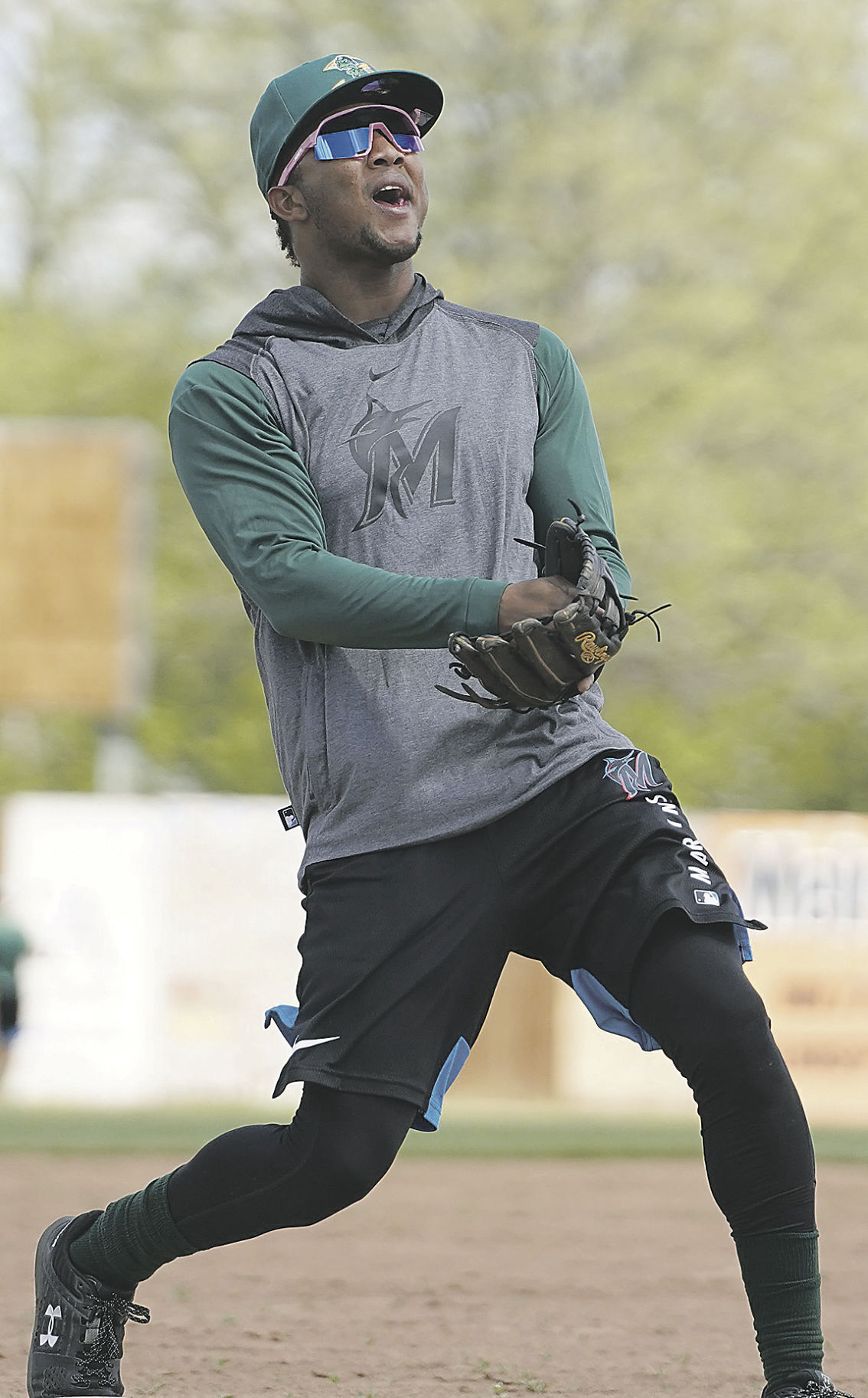 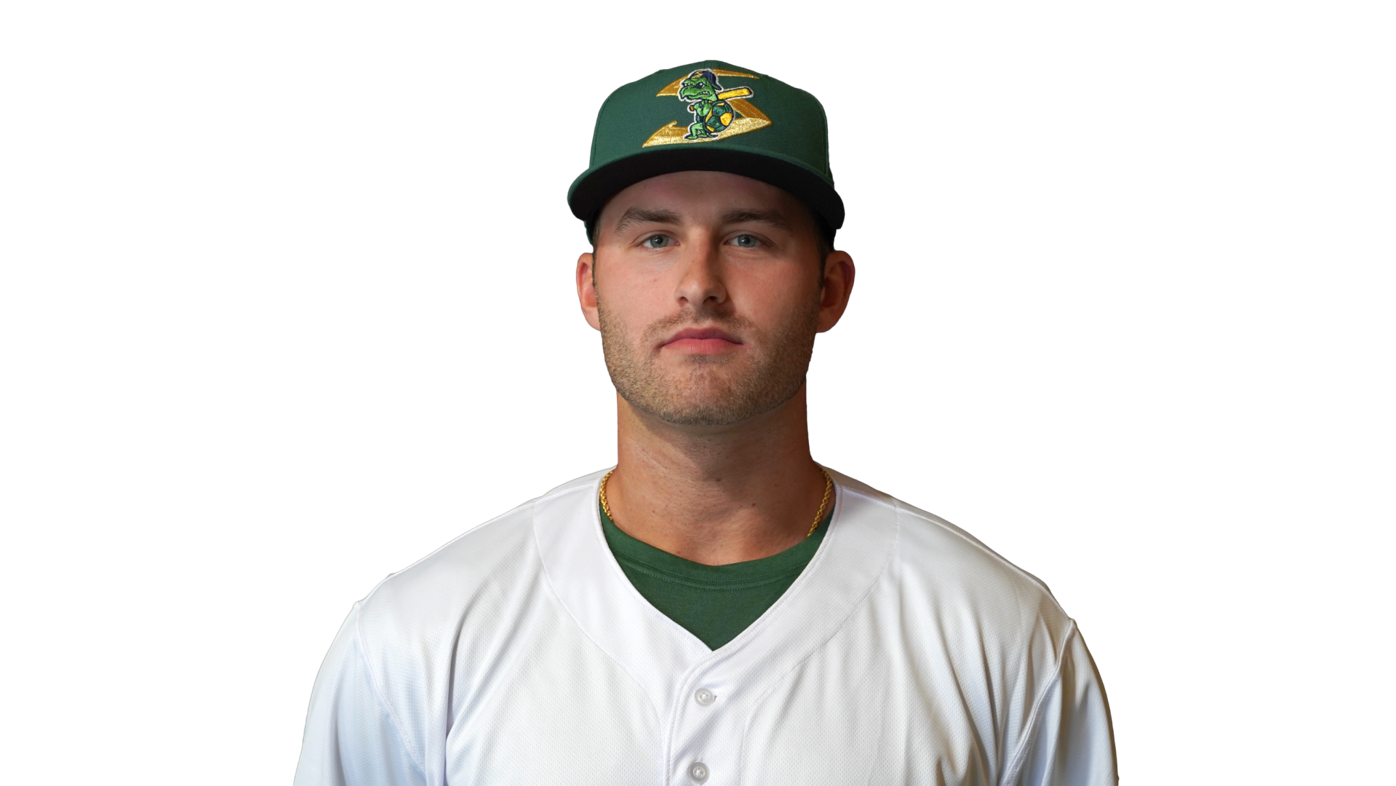 Catcher David Martinez and the Snappers practiced at Pohlman Field on Sunday afternoon.

BELOIT—The 2021 Beloit Snappers have the opportunity to put six players ranked in the Miami Marlins’ Top-30 prospects list on the diamond at one time this season, including all three outfielders.

Manager Mike Jacobs will pencil in his first lineup Tuesday night for the season opener in Appleton against the Wisconsin Timber Rattlers.

Outfielder Kameron Misner is ranked 15th in the Marlins’ system, while Connor Scott is ranked 16th and Griffin Conine is ranked 18th.

Scott and Misner are both first-round picks in the 2018 and 2019 drafts, respectively. Conine was a second-round choice in the 2018 draft by the Toronto Blue Jays.

Misner played in eight games with the Marlins’ rookie affiliate and 34 games with the Clinton LumberKings in the Midwest League in 2019. With the Snappers moving to the new High-A Central, a number of current players played with the Low-A LumberKings last season.

The former University of Missouri star appeared in 42 total games, collecting 44 hits and hitting .270. During spring training with the Marlins, he went 2-for-9 in an eight-game stretch. Misner also has the ability to play first base.

The Marlins drafted Scott 13th overall in the 2018 draft out of high school ball in Tampa, Fla. He hit .251 with four home runs, 36 RBIs and 23 stolen bases in 95 games with the LumberKings. In five spring training games, he went 2-for-5 with a triple and four RBIs.

Left-handed hitting Conine has plenty of pop. He hit a season-high 22 home runs and 64 RBIs with the Lansing Lugnuts in 2019. In 80 games played, he batted .283. Originally a 31st round in 2015 by the Marlins, Conine was acquired by the Blue Jays and then reacquired by the Marlins in the deal for Jonathan Villar.

The Snappers have another notable outfielder in Thomas Jones. A third-round draft pick in 2016. He played 114 games in Clinton in 2019, joining Scott and Misner in the outfield. He hit .239 with a season-best 10 home runs and 54 RBIs. He has good speed, with 39 stolen bases in his past two seasons.

Chiu, 24, is getting a new start with a new organization after originally signing with the Los Angeles Dodgers. He was drafted in the 2020 Rule 5 MLB Draft in the third round by the Marlins. He played two seasons with the College of Marin, batting .349 in 78 games, and was originally a 15th-round pick of the Dodgers.

In his three years in the Los Angeles organization, he played in 228 games, batting .236 with 129 runs scored and 103 RBIs. He has experience at third base, second and first.

Hollins, 25, is a third baseman who was originally drafted by the Detroit Tigers in the 2014 draft, but chose to attend St. Bonaventure. The Marlins signed him as a free agent in 2018. He played 95 games in 2019, batting .269 for the LumberKings. He’s the son of former Philadelphia Phillies corner infielder Dave Hollins.

Shortstop Devin Hairston, 25, was signed by the Marlins as a free agent in January 2021. He was a sixth-round pick of the Milwaukee Brewers in 2017 and made it to Double-A in 2019. He was a terrific college hitter at Louisville.

Ready is a 6-foot-3 corner infielder with lots of power. A terrific high school hitter in Dallas, he played four years for the Air Force Academy. He appeared in 216 games with a .327 average, 76 doubles, 50 home runs and 224 RBI. He won the collegiate home run derby, hitting a total of 55 bombs in the competition. Ready also has a MLB connection. His father is former Milwaukee Brewer Randy Ready.

The Marlins chose him in the 23rd round after he graduated from the Academy. In his first pro experience, he hit 30 doubles in only 67 games with Batavia in the short-season New York-Penn League.

Rivera, 23, has played shortstop and third base in the minors. A native of the Dominican Republic, He has become a steadier fielder and has flashed some power potential. He spent 2019 in Clinton, batting .206 in 94 games with 13 doubles, eight homers and 31 RBIs.

Banfield, a former second-round pick from 2018, enters the season as the 28th prospect in the Marlins system. He spent the 2019 season in the MWL with Clinton. He has a career batting average of .209 with 12 homers and 73 RBIs in three seasons.

Martinez joined the Marlins as a free agent. As a senior at Austin Peay University in 2019, he batted .345 with eight homers and 44 RBIs.

Skelton, a Mississippi State product, was selected by the Marlins in the 18th round of the 2019 draft. He hit .224 in 24 games with the Batavia Muckdogs in 2019. He proved his durability in college when he caught all 17 innings—and 271 pitches—in a game with LSU.

Beloit will carry 16 pitchers, including the Marlins’ 17th and 23rd ranked prospects in Kyle Nicolas and Zach McCambley, respectively, who will make their professional debuts this season.

Nicolas was selected in the second round of the 2020 draft (61st overall) from Ball State. He struck out 37 and walked seven during his junior season. Over his 23 innings, he recorded an ERA of 2.74.

McCambley was a third-round pick in the 2020 draft, 75th overall, from Coastal Carolina. McCambley went 3-1 with a 1.80 ERA in four starts with the Chanticleers. He fanned 32 in 25 innings.

• NOTES: The Snappers’ home opener is May 11 against the South Bend Cubs. For more information and tickets or group outings, call 608-362-2272 or visit SnappersBaseball.com.