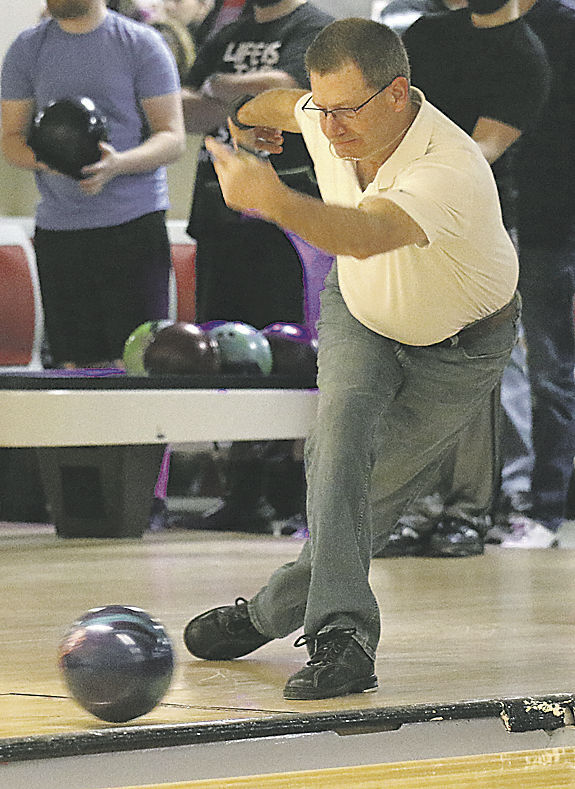 Rick Willard joined with Warren Allston, Stenson El-Amin and Dyshawn Thomas to win the 760-and-over Division in the Team Event. 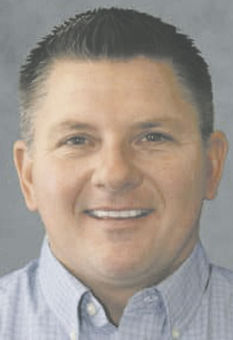 Rick Willard joined with Warren Allston, Stenson El-Amin and Dyshawn Thomas to win the 760-and-over Division in the Team Event.

SOUTH BELOIT—The pins were flying during the Beloit City Bowling Tournament at Viking Lanes this past weekend, with the Team Event wrapping up amid a flurry of honor scores.

No one rolled better than Mike Townsend Jr., who posted the best scratch score of the weekend with a 799 on Saturday. He started it off with a 300, followed with a 200 and closed out with a 299.

Unfortunately for Townsend, his handicap is only eight pins. So his 807 left him second place in the standings of the190-and-over division of the handicap tourney. He trails only Ron Blum of Rockford. He had games of 240, 259 and 279 for a 778 and his 56 pins of handicap put him at 834.

Individually for the women bowlers, Jen Carpenter had the best series of her bowling career. In the Team Event, she started out with a 244 and followed with a 289. In her last game, the left-hander needed a double in the 10th for an 800, but fell a little short, setting for a 257. She still rolled a career-best 790.

Squad 10 finished up the weekend with a bang. Lyle Schober and Josh “Johnny” Ward started game two by each rolling the front 9. Schober got to 11, but left a solid 10-pin on his final ball for a 299.

Ward caught a break when a late messenger took out the 10-pin on his 10th strike, then buried the next two for the third 300 of the tournament.

The Team Event drew 76 teams in all competing in two divisions.

First in the 759-and-under Team Division went to Em-N-M-N-MM’s with a 2,970. Team members include Mary Carpenter, Marissa Zellmer, Matt Mullranin and Mikal Brickson.

Doubles is ongoing with the 380-and-over Division currently being led by Rockford’s Cre Thomas and Mike Brose with a 1,520 score (16 handicap). Jenny Wonders and Todd Knell of Roscoe are second at 1,467 with a 40 handicap.

The 379-and-under Division is led by Kallie Oldenburg and Fritz Oldenburg of Beloit with a 1,493 score (264 handicap) while Kyle Gerber and Bryan Harrison of Beloit are second at 1,426 (210 handicap).

• NOTES: Other high scores included a 290 by Trevor Williams, a 289 by Ryan Griffin. ...More results are available at https://www.greaterbeloitusbc.com/current-results. ...Doubles/Singles squads will continue this weekend. There are still spots available for Sunday. You can register on the Greater Beloit USBC Facebook page or greaterbeloitusbc.com. As of Monday, there were 15 spots at 11 a.m., three at 3 p.m. and 23 at 6:30 p.m.