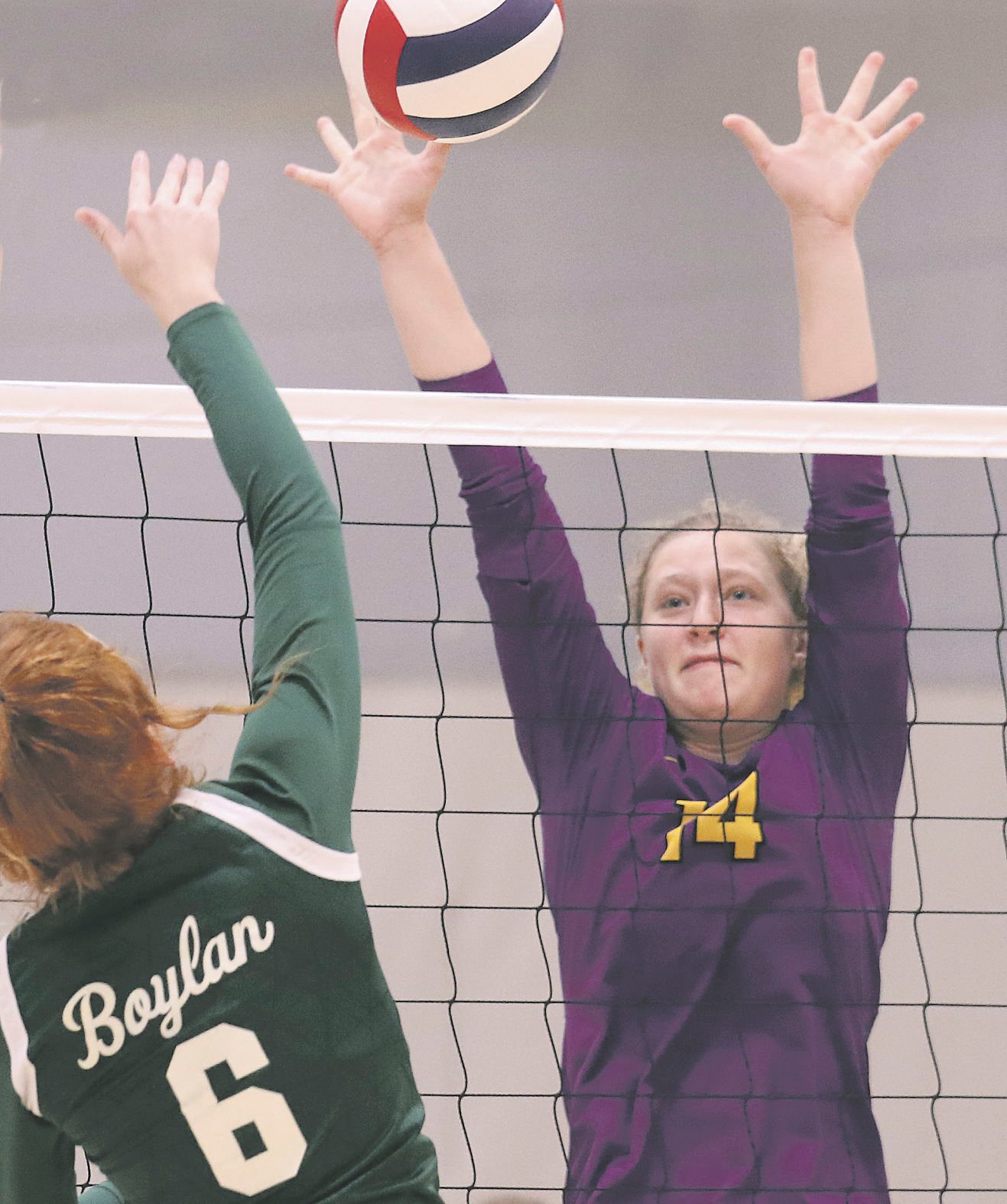 Hononegah’s Emma Schroeder (14) decided Kent State offered everything she was looking for. 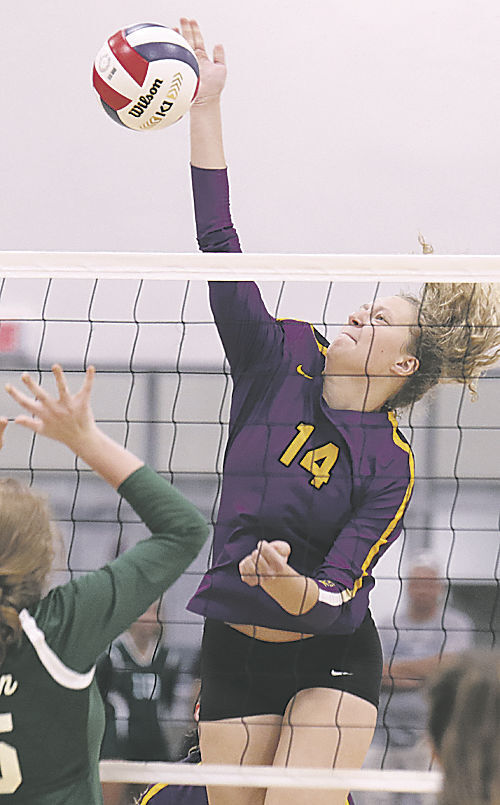 Emma Schroeder (14) spikes during a game in Rockton against Rockford Boylan last season.

Hononegah’s Emma Schroeder (14) decided Kent State offered everything she was looking for.

Emma Schroeder (14) spikes during a game in Rockton against Rockford Boylan last season.

ROCKTON—Emma Schroeder is about as calm and collected as a high schooler can be in the middle of a pandemic that has shut down just about everything she enjoys.

The Hononegah High School junior recently verbally committed to play volleyball at NCAA Division I Kent State, securing her future during what are unsettling times for sure for any recruit-able student-athlete.

“I have been in the recruiting process really since I was in eighth grade,” she said. “There have been a lot of ups and downs. I am happy I found the perfect fit and that I was able to do it when I did. Everything has been a little crazy with COVID and how it is impacting everything. I feel like there is a big weight off my shoulders and I am happy with my choice.”

The recruiting process for her began just two years after she started playing volleyball competitively. She has played with the VC United program since eighth grade.

Complicating the process for her was the fact she was also a terrific prospect as a fastpitch pitcher. The sports of volleyball and softball just don’t mix well, for a number of reasons.

Schroeder knew she would eventually have to choose one or the other.

“It was really hard, I’m not going to lie,” she said. “My family and I talked about it for a really long time before I decided to give up softball. It was more about me not burning out and that I was enjoying the sports I was playing. When I did both, by the end of the week I was just so tired. I didn’t want to do anything but sleep. Plus a lot of the softball elements were interfering with my volleyball progression. Since volleyball was what I wanted to do in college I decided to just focus on that.

“I’ve come to realize how much I really enjoy it,” she said. “I would be in a real bad mood going to practice and just being there and playing made me happy and completely flipped my mood. I realized how much I am in love with the sport.”

Schroeder said that the competitiveness of volleyball is hard to beat.

“Every point matters,” she said. “It’s not all on one player, either. It’s all about the team.”

Playing for VC United made a huge difference in her development, she said.

“All the coaches there, if you are in the elite program, are geared toward landing you a scholarship,” she said. “All of my coaches, from 14U on, have pushed me so hard to get better, both in terms of skill and the mental aspect of the game. Without them, I wouldn’t be able to do what I can do now.”

Off the court, she had another major decision to make. In evaluating potential colleges, she needed to find the right fit academically as well as athletically. That meant determining a career path.

“I’ve always wanted to be a veterinarian and work with large animals, but I realize these days that is a very competitive field,” Schroeder said. “I’m also interested in forensic science. I have family in law enforcement and it is something that really interests me. I have a couple options open to me.”

Schroeder said Kent State fulfills both her requirements, the majors she wants as well as the solid athletics.

“The volleyball program has a very competitive culture,” she said. “They want to be No. 1 in the MAC. I was also impressed with the coaches. They were very open with me about where I stood with them. I’m very grateful for them. I’d hoped to visit the campus, but their COVID numbers rose so I wasn’t able to. I did take a virtual visit with their coaches and some of their players and that went really well.”

Schroeder, who had to rehabilitate after dislocating her heel, is 100 percent healthy and ready to start playing, when or if there is a season.

“I’m really excited to play with this senior class,” she said. “I just hope we have the opportunity to play.”