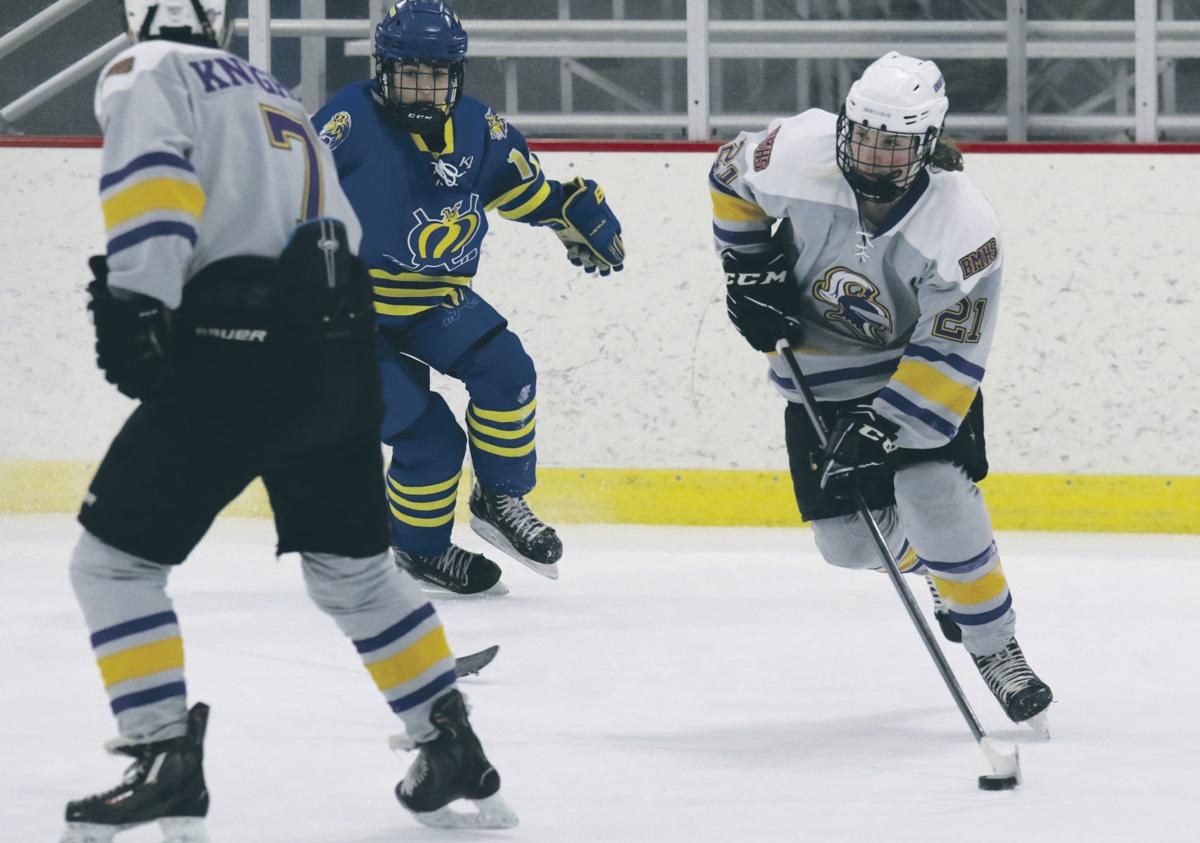 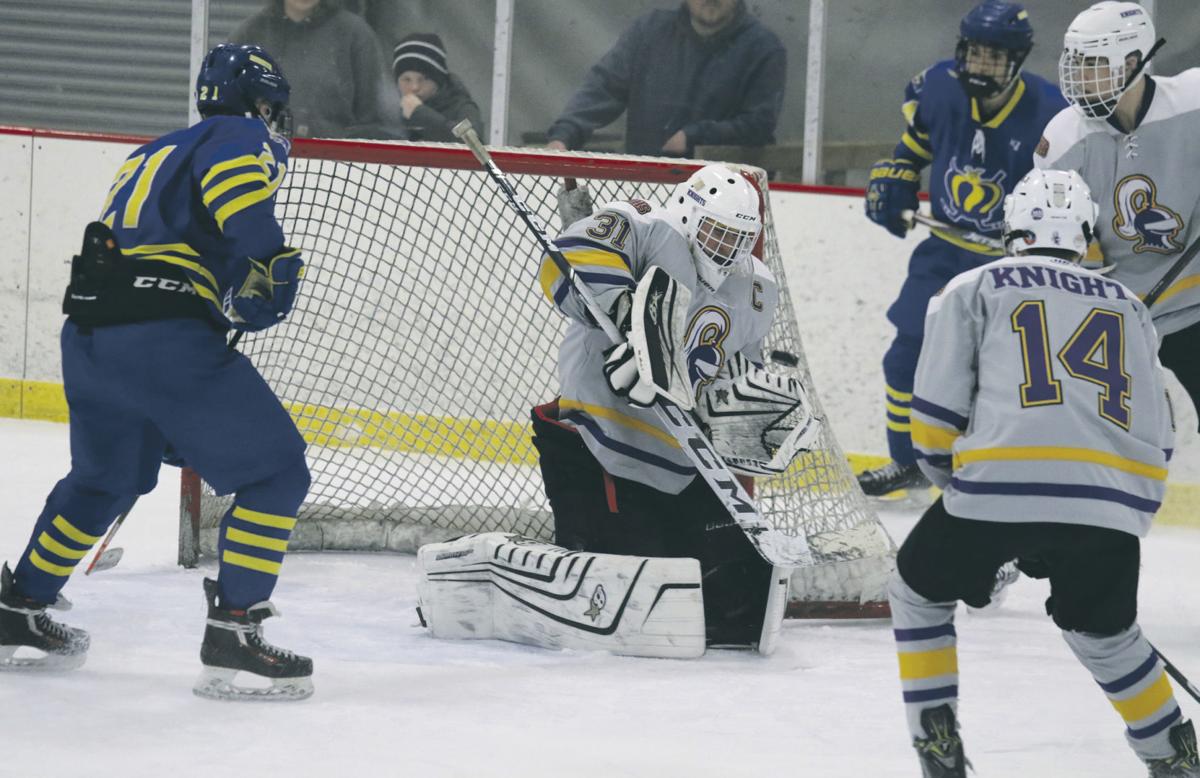 Kurt Buchs and his Purple Knights will prefer to just forget that short span of time ever happened.

They remember the game a lot differently.

“Forget the final score because it’s really deceiving,” Buchs said. “The second period was probably the best hockey we’ve played all year. It was fun to watch. They played together and the bench was great. I told them that’s what we have to grab a hold of and build off.

“Even the West coaches said we kicked their butt in that second period and those are guys I respect. When it comes out of their mouths, it means something.”

The Regents (11-10-0, 9-5-0) dominated the first period, peppering Beloit goalie Aidan Wright with 23 shots while his counterpart, Avery Pliner, had just two saves. West led only 2-0, however, with goals by Warner Frey and Eric Horein.

The Knights regrouped, however, and steadily began to put more pressure on Pliner. He had to step up with 12 saves in the period to keep Beloit off the scoreboard. The only goal was a shorthanded variety with 1:59 left by West’s Aidan Baccus.

While Pliner had only five saves in the third period, the action wasn’t one-sided and Beloit finally broke through for a goal by freshman Gavin Jensen after a faceoff in the West zone. Aden Cobbs collected a save on the score, which came with 4:18 remaining.

Buchs called a timeout with 2:55 left to remind his troops there was plenty of time for a comeback.

Instead, West applied the final touches, with three straight even strength goals, by Horein, Beckett Frey and Warren Frey at 15:09, 15:31 and 15:53.

.“That’s a good team and it just got away from us at the end,” Buchs said. “When it got to be 4-1 the wind went out of our sails. We didn’t get any bounces either. The better part of this game, however, was fun to watch.”

Buchs said it is particularly gratifying to see the team’s freshmen and sophomores not only paying their dues, but showing a great deal of improvement..

“Our underclassmen are playing with a lot more confidence,” the coach said. “They’re really battling. If they do that, and we have that kind of mentality, we can survive. We’re a young team and some guys are still finding their way, but everybody has gotten better. Each game we ask them to find something they can get better at.”

“The NHL guys don’t play that much,” Buchs said. “That’s a lot of hockey for us. We had three games we played well and battled and we had one clinker. I have to give our guys a lot of credit for finishing the four games as strong as they started it against Verona.”