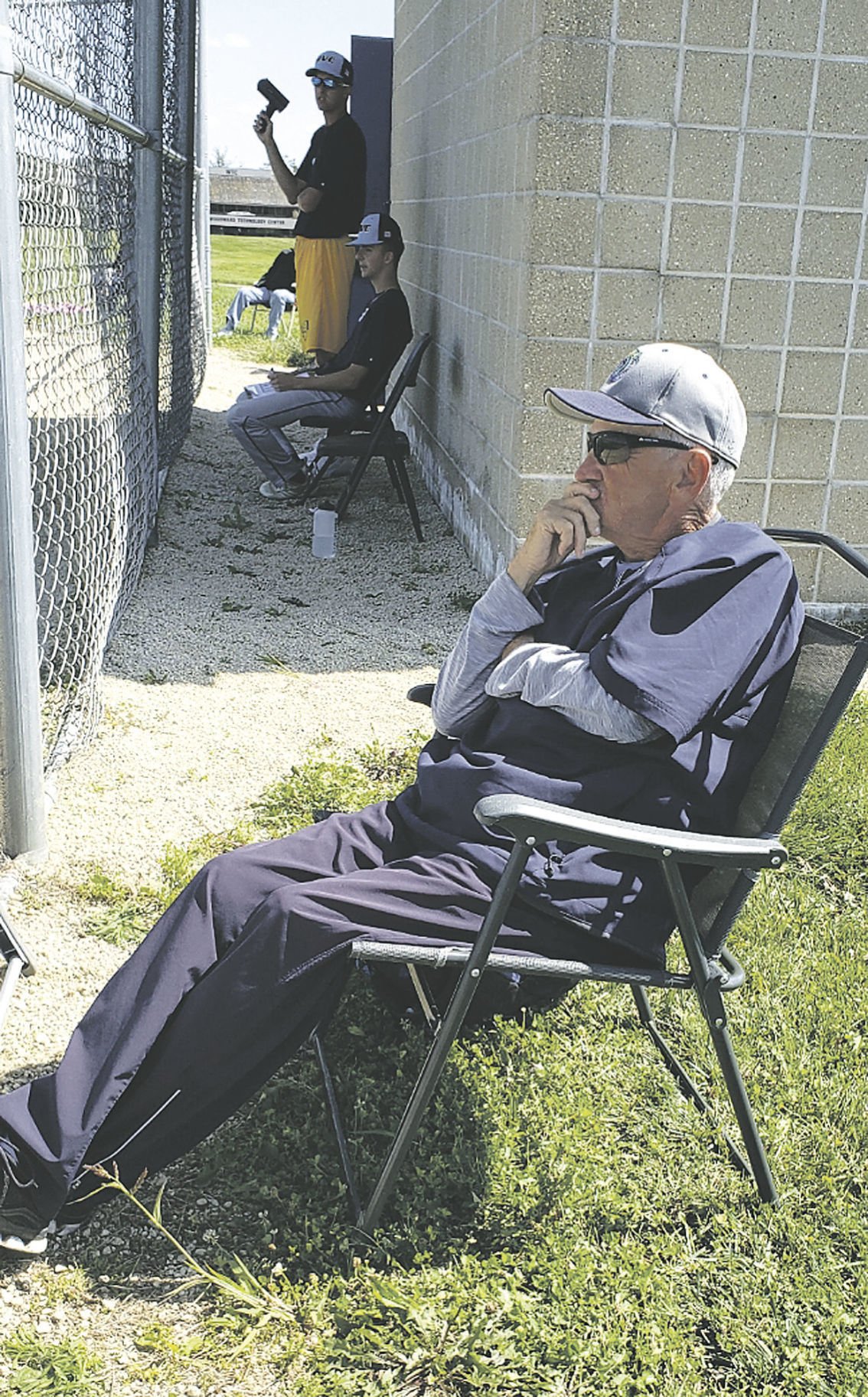 A typical spring would find Denny Johnson in his traditional afternoon spot, watching a local ballgame behind the backstop. 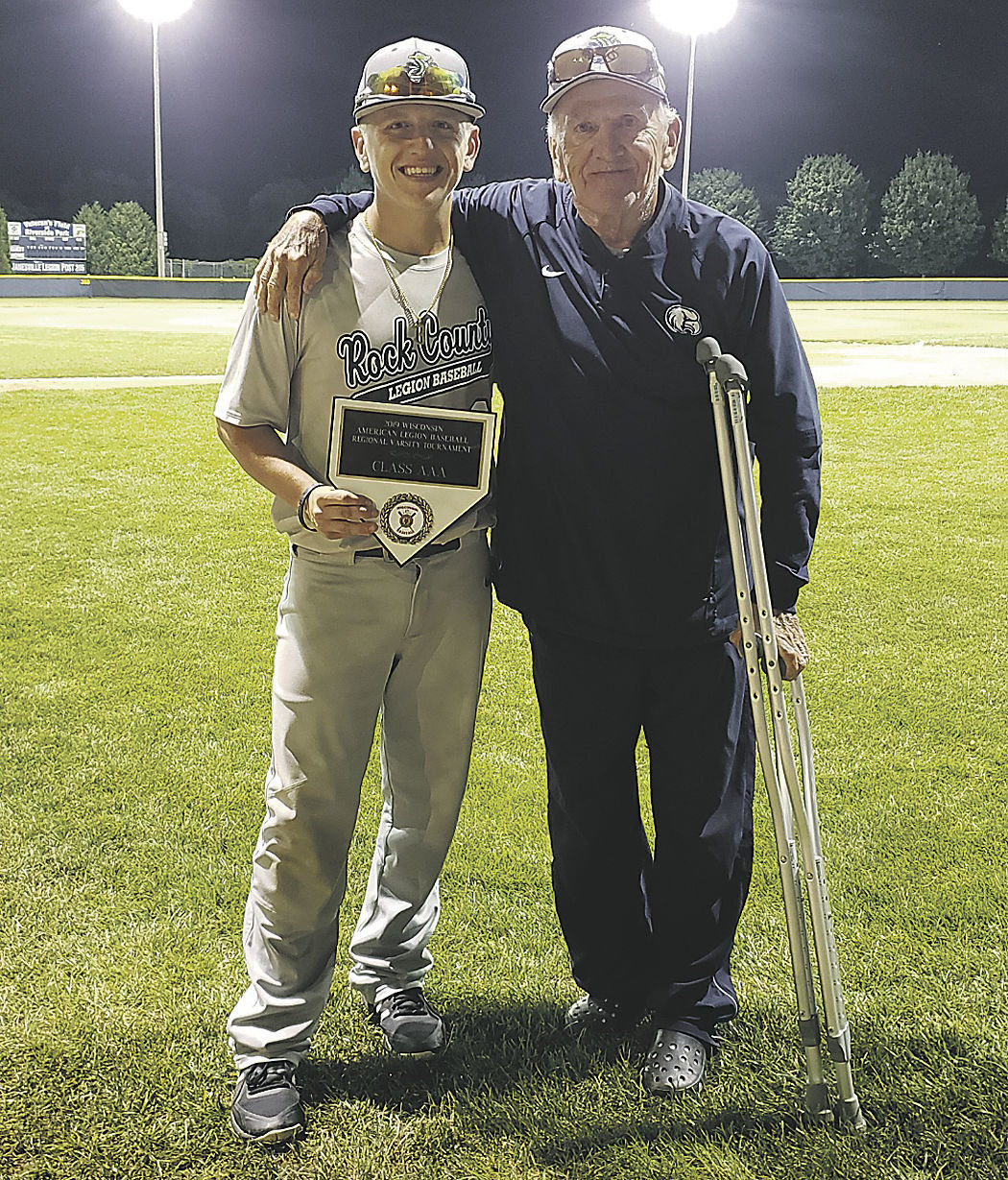 A typical spring would find Denny Johnson in his traditional afternoon spot, watching a local ballgame behind the backstop.

ROCKTON—If this was a typical spring, Denny Johnson would have his week all mapped out after consulting the schedules for Hononegah teams, as well as the Rock Valley College baseball and softball teams.

His son, D.J., is the assistant coach of the Golden Eagles softball squad while his grandson, Beloit Memorial graduate Corbin Ovist, plays baseball at RVC.

If they’re not playing, the affable Rockton super fan everyone knows as “Pops” will peruse the Hononegah slate, and if that’s all quiet, take a look at what’s happening north of the border.

“I remember watching spring games in cold, wind and rain,” Pops said. “Now you go around and the weather and the ballparks are perfect and nobody is playing.”

The wipeout of the local sports scene by concerns over COVID-19 has impacted more than just teams. Fans like Pops are heartbroken, too.

“I’ve been directly impacted,” he said. “I was able to see my son’s Rock Valley softball team play its first eight games during a tournament in the Rosemont Dome. Then they went to Florida and I didn’t go. Now their whole season is canceled. Corbin’s baseball team made their southern trip and then got canceled, too. So I have family members who lost seasons.

“For anyone who has family playing or is a fan it was a quick ending to what could have been a memorable season for a lot of them. It’s devastating, really.”

Pop’s passion for sports began early on. The 76-year-old grew up near Rock Cut State Park in Loves Park, graduating from Harlem High School in 1961.

“I ran track until my senior year,” he said. “That was the first year they reinstated baseball at Harlem after about a 30-year absence. That’s the sport I really love.”

Pops’ loyalty would have leaned toward the Huskies, but after a long stretch in the U.S. Air Force he returned to the area in 1971 and “married a Shirland gal and moved into the Hononegah District.”

It didn’t take him long to be entrenched in local sports.

“I coached Little League baseball and middle school football and summer league basketball for Craig Callaghan before my kids got into high school,” he said. “I was on the chain gang at high school football games from the 1970s into the 1990s.”

He and his wife had three children attend Hononegah: Diana, Del and Dwight.

“Both my boys played football and ran track in high school,” Pops said. “Del played on a great team with Steve Stark and Ross Alexander and John Vyborny. They finally lost to Mike Alstott and Joliet Catholic in the playoffs. Dwight played on the 1996 team with Matt Beachey, Kevin Selover and Chris Finlen that also lost to Joliet Catholic, in the semifinals.”

Pops found a sports-attending partner in John McDonald for many years. McDonald eventually bought a retirement home in Arizona where he followed his beloved Cubs, returning to the Stateline for a few summer months to escape the heat in Mesa.

He said the most difficult choice he had as a grandfather then was which game to go to if Corbin and Courtney were both playing at the same time on opposite sides of Beloit.

Pop’s wife passed away in 2011 and after living by himself, he recently moved into his daughter’s home in Rockton.

“I basically have the Rock River in my backyard,” he said. “I can walk about 30 feet and fish. I don’t catch a lot, but I’m not out there with $800 worth of fancy equipment. I have a pole, a box of worms and a hook. I don’t really care about how much I catch. I just love to be on the river.”

Not that he wouldn’t trade it in a second for a ballgame.

“I watch some baseball documentaries on TV,” he said. “I’ve probably watched the same one over and over. I also have a clip that I watch a lot of Corbin pitching the last inning to beat Verona in the sectional final to go to state. He gets a big lefty to fly out to right for the last out and everybody comes out and jumps on him on the mound. That was a special memory.”

That’s the kind of scene Pops and everyone else is longing to see again in person.