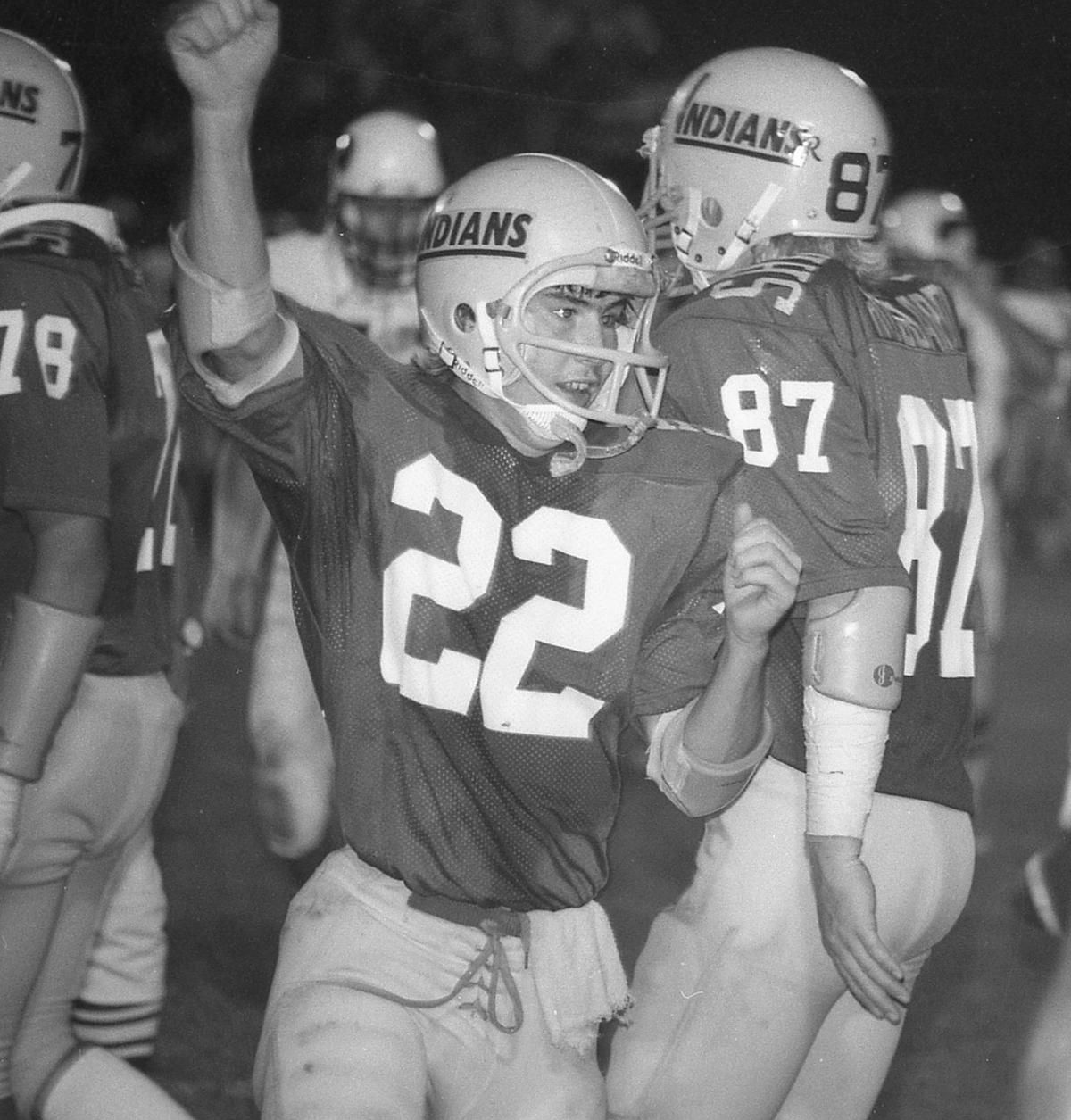 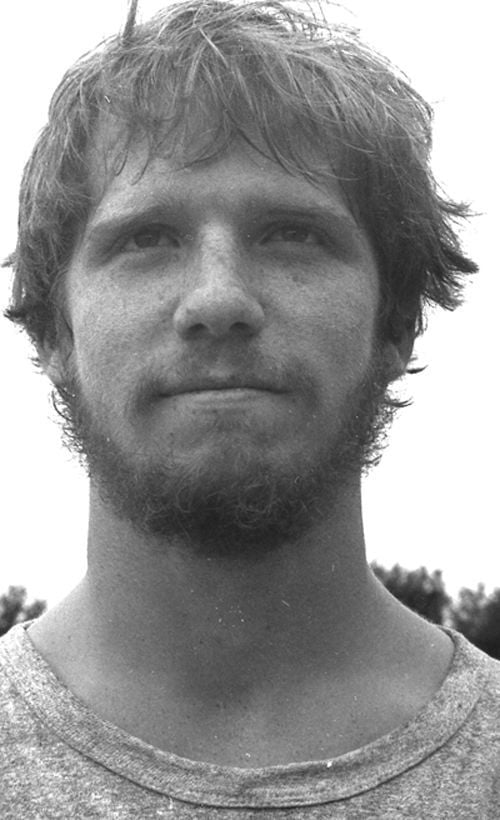 This hairy individual happens to be Tom Polaski, a senior running back in 1975 for the Hononegah Indians and future Defensive Coordinator.

This hairy individual happens to be Tom Polaski, a senior running back in 1975 for the Hononegah Indians and future Defensive Coordinator.

ROCKTON—When you’re Tom Polaski, you love Hononegah High School football and you have a whole lot of time on your hands so you do what a whole lot of other sports fans are doing.

You make lists of your favorites.

Not just any lists, but a top-eight ranking of the all-time best offenses and defenses to take the field for the Indians. He did it in a partnership with current Hononegah Offensive Coordinator Jim Ryan, who is currently conducting a tournament on Twitter to determine the all-time best, decided through a fan vote.

“It’s going to create some room for discussion and disagreement,” Polaski said of his seeding the teams for the Twitter tourney.

None here. We’ll just stick to his picks, thank-you. He’s the expert. Polaski played for the Indians, he became an assistant coach at the age of 21 in 1980 and he spent 33 seasons with them, almost all as Defensive Coordinator.

You have to go all the way back to 1974 to find Polaski’s pick for top defense. That team allowed only 24 total points in a 9-1 season. They went 9-0 to win the SHARK Conference title with six shutouts and boasted four all-conference selections: Bob White (DL), Pat White (DL), Jerry Prosek (LB) and Bruce Nelson (DB).

Polaski had an up-close and personal look at that 1974 defense. He was a junior tight end on an offense that would bang heads in practice with that group.

“That was the first year that Hononegah two-platooned,” Polaski said. “Tuesday and Wednesday practices, when we went to scrimmage time they were brutal. There were a number of fights that broke out. I’ll tell you what, by comparison those games on Friday night were pretty easy.”

Many of the players on that team wore their hair long, Clay Matthews-style.

“We used to kid (All-SHARK quarterback) Kevin Gleasman that he looked like one of the Hanson brothers from Slapshot. All he needed to do was put some tape on his glasses,” Polaski said. “I came to practice one day (in 1975) with a beard. Coach (Bob) Maloney didn’t have any problem with long hair, but he was opposed to the beard. I told him it’s the only thing stopping my face from breaking out. He said, ‘First bad game, it comes off.’ I kept it all season.”

The Indians’ only loss in 1974 was 7-0 to a school twice their size, Gurnee-Warren. Polaski was a “head-hunters” on the punt team that game.

“I used to treat the punt like a pass,” he said. “I didn’t worry about the guy receiving it. I just followed the ball. It was a gamble because I never saw a fair catch being waved. I wanted to make sure I hit the guy just as he caught the ball. I annihilated a guy from Gurnee. The second time I came down, the guy waved fair catch but I took him right off the field into their bench. The flags were flying. I trotted back to our sideline and I stood next to Coach Maloney. He calmly said, ‘Was it worth it?’ and I said, ‘Oh yeah.’ That’s all he said about it.”

Polaski said of that 1974 team, “All 11 defensive players could have been selected all-conference. That’s how good they were.”

After losing the first two games of the season, the defense went to a 4-4 formation and dominated the remainder of the season. Ranked No. 1 in the NIC-10, the Indians had five shutouts and allowed 55 points during the regular season.

Polaski’s No. 3-ranked defense took the field in 1982, the Indians’ first year in the NIC-10 after moving over from the SHARK. They allowed 99 points during the regular season and only one team scored more than 20 points (Rockford Boylan).

Polaski says the unit was underrated with only two all-NIC-10 selections: Matt Kentner (LB) and Ty Miller (DL). Tim Sughroue was a solid LB, setting the single-game record for solo tackles (29). The defense also boasted two great players in the secondary who could play in coverage and also tackle like linebackers against the run: Steve Oberst and Matt Warneke. Soughroue and Warneke both played for Beloit College.

• Polaski ranks the 2017 defense No. 6. The Indians allowed 92 points in going 9-0 in the NIC-10 and he said that number would be less except for the fact many of the games were decided by the end of the first half or third quarter so reserves saw a lot of action. Six players earned All-NIC-10: Sean Davidson (DL), Jake Hoper (DL), Nate McElmeel (DE), Zach Hale (LB), Ivan Williams (LB) and Drew Rollette (DB).

• The No. 7 defense belonged to the 1985 Indians who allowed 148 points as they went 6-3 in conference. They went 4-1 in the playoffs, finishing second in the state.

• Polaski ranks the 1999 defense No. 8. The Indians were 7-2 in conference and fell in the first round of the playoffs. They allowed 109 regular-season points. The unit had one All-NIC-10 pick, Mike Mowen (LB), but was a cohesive unit getting strong contributions from Shane Hart (NG), Sam Fuller (DB), Dan Roggenbuck (LB), John Stone (DB) and Russell Vanderheyden (DB).

EDITOR’S NOTE: Tomorrow Polaski will look at the Hononegah offenses.