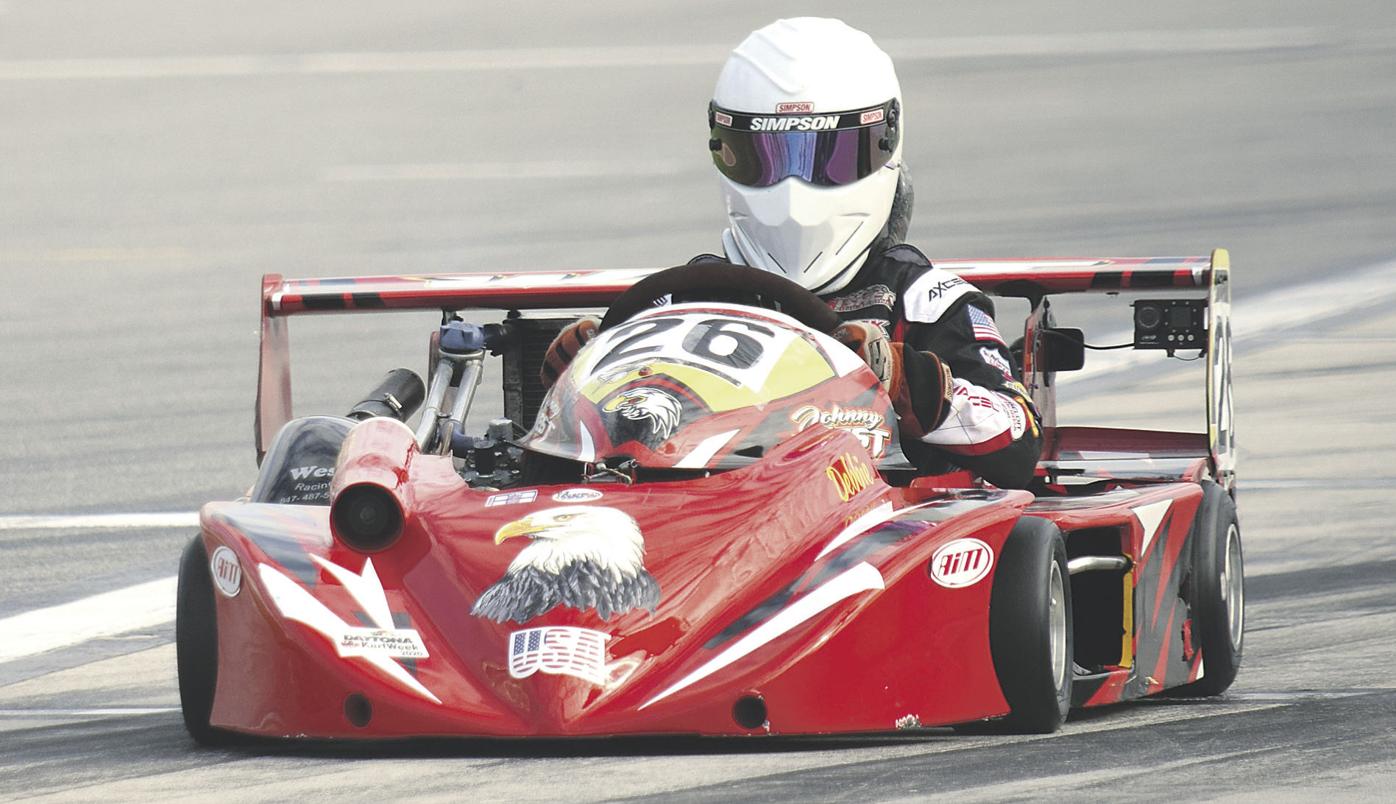 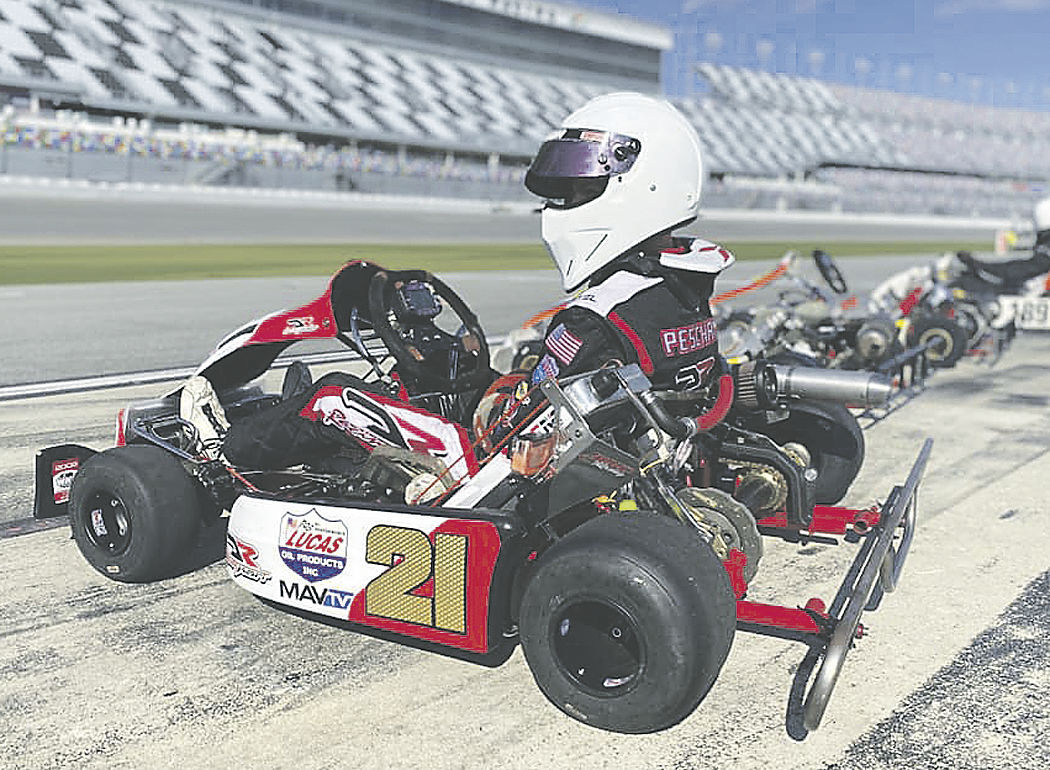 Cole Peschang waits on the starting grid for his race at Dayton International Speedway.

Cole Peschang waits on the starting grid for his race at Dayton International Speedway.

SOUTH BELOIT—South Beloit teenager Cole Peschang has finished so many go-kart races it’s difficult to remember them all.

His fifth trip to the World Karting Association’s Kart Week at Daytona Speedway in Florida provided him with one that will be difficult to forget.

The photo finish was so close both racers were credited with the exact same time, separated by 0.000 seconds.

“That was the closest finish I’d ever been a part of or ever heard of,” Peschang said. “I had no idea how they broke the tie.”

If you saw the movie “Ford v Ferrari” you have a good idea. It included a recreation of the 1966 24 Hours of Le Mans race in which Ford trounces Ferrari and in a publicity stunt three Ford cars cross the finish line in a dead heat. Le Mans rules hold that in the event of a dead heat finish, the car that drove the furthest distance is the official winner.

Peschang’s race took 30 minutes instead of 24 hours, but the outcome was decided by the same rule.

“The other drive started in second position and I started in first so there wasn’t much of a difference, but enough,” Peschang said. “He got first and I got second. Honestly, I’m OK with it considering what we were racing against. Down there we are always outpowered and outspent.”

He was also happy to be on the course for another race after spending the 2019 event mainly dodging raindrops during a soggy weekend that shortened his schedule to just one 15-minute race.

This time in Florida he added a third place finish in his other race.

“I was leading for a good chunk of it and then got caught up in a wreck passing slower karts,” he said. “My drafting partner got taken out so I got hung out to dry by myself and ended up third. Overtall, I had a good time and I didn’t break anything so that’s always a plus.”

Perhaps even better news for him was that he qualified for his SuperKart license which allows him to compete in karts racing over 150 mph.

“You have to be at least 18 and pass a test before a panel that includes a regular Superkart drive, a licensed official and a track official,” Peschang said. “They watch a practice session and deem you safe and not a liability on the track. It’s basically a driving test.”

Peschang, who will be 19 in March, is looking forward to an ambitious racing schedule this year after having to cut back in 2020 due to COVID.

“They were still racing, but my racing finances were cut,” he explained. “Racing today isn’t so much talent as it is the size of your pocketbook.”

Fortunately, he has a deal in place to race a go-kart at the higher speeds.

“The owner (Johnny West) basically handed over the keys to a $25,000 kart,” Peschang said. “Now we have to get the shifter and pedals and everything set so I can be as comfortable as possible racing a go-kart at over 125 mph. We plan on racing all over the country, starting with one in Savannah, Georgia, next.”

Peschang said his employer, World Class Tool in South Beloit, is supportive of his racing and is one of his local sponsors. He operates Computer Numerical Control machines there.

“They are computer-run lathes that manufactures metal parts,” he said. “I’m working 60-hour weeks because we are that busy and I love the overtime.”

The money will help fuel his passion, too. Peschang said he still hopes his future is in racing, if not as a driver then perhaps as a technician.

“I still have my passion for racing,” he said. “If the opportunity arises, I will race the wheels off of anything.”

Even a Ford or a Ferrari.