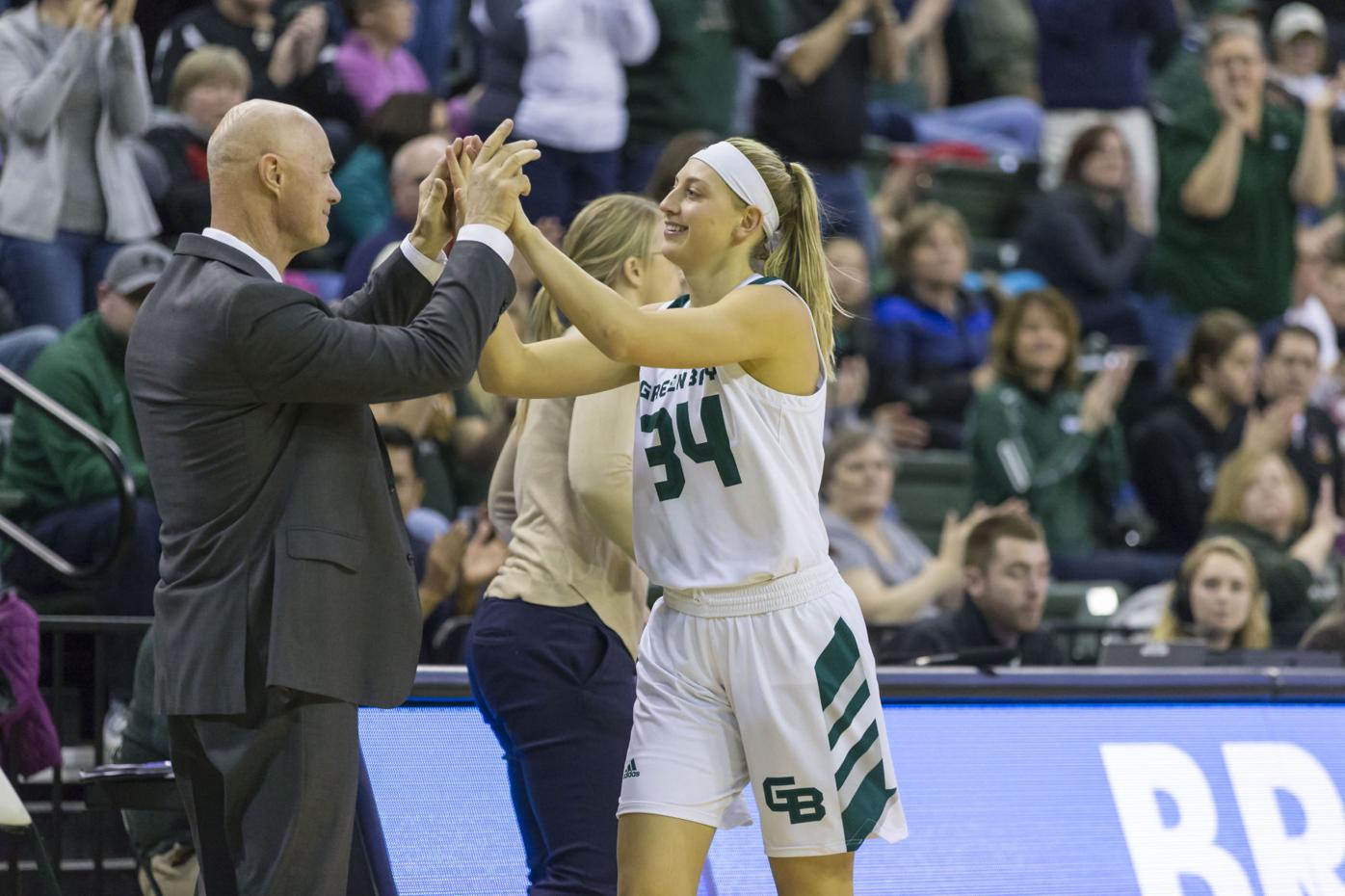 Carly Mohns will help lead the Wisconsin Academy girls AAU basketball program. Mohns, who played at both Iowa and UWGB, played in the program as a prep. 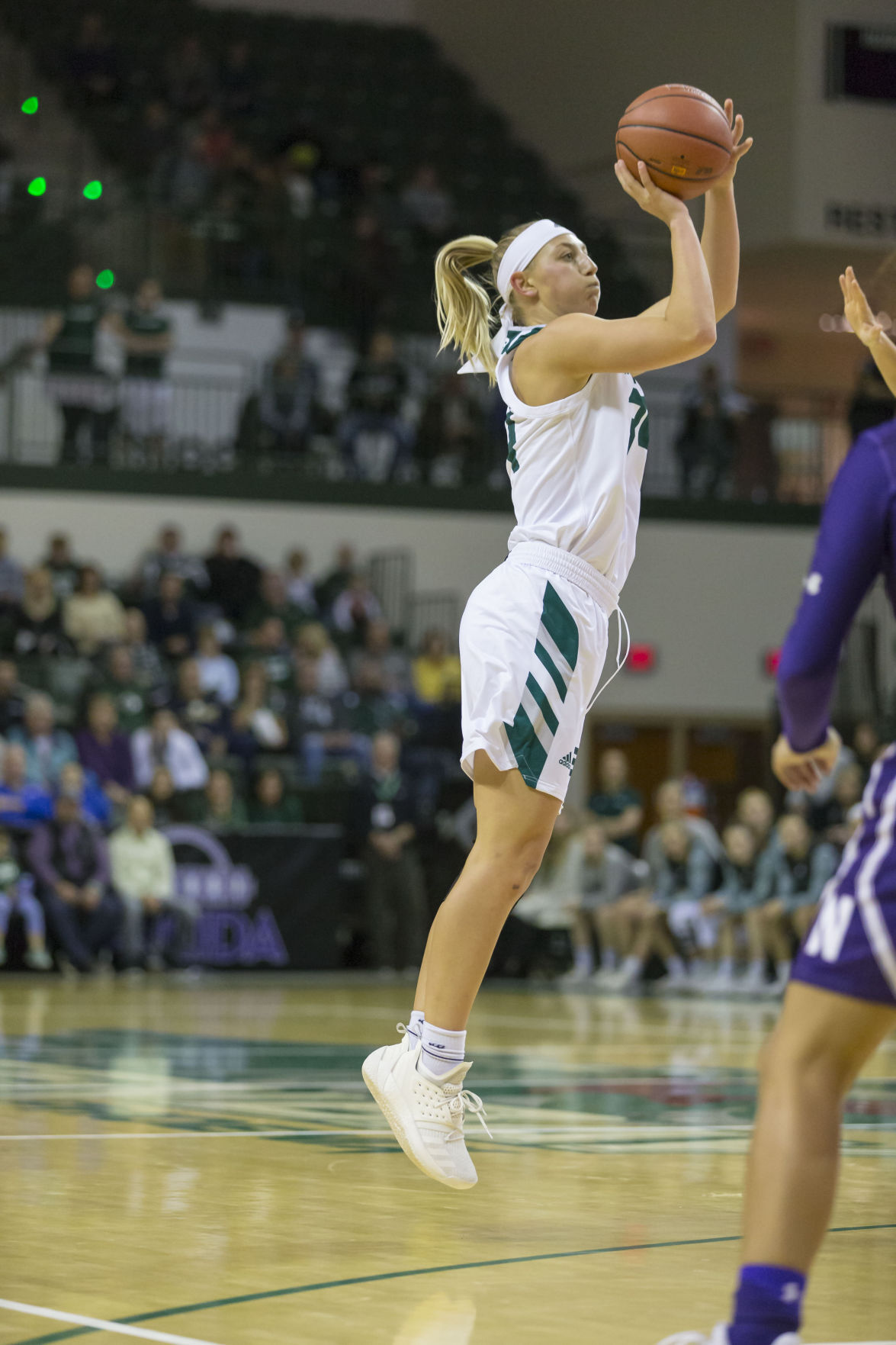 Carly Mohns rises for a jumpshot in her final season in college. Mohns ended her career at UW-Green Bay.

Carly Mohns will help lead the Wisconsin Academy girls AAU basketball program. Mohns, who played at both Iowa and UWGB, played in the program as a prep.

Carly Mohns rises for a jumpshot in her final season in college. Mohns ended her career at UW-Green Bay.

BRODHEAD—Basketball is in Carly Mohns’ blood.

Mohns has taken on a side hustle that brings her back to her roots. She’s been named Girls Basketball Director for Wisconsin Academy, the travel AAU program that she played with beginning in her freshman year of high school.

She will work with her former Academy teammate Jen Wellnitz, whom she later joined at UW-Green Bay for her final season of collegiate eligibility.

Mohns, who also works as a teacher in the Brodhead district, said she’s looking forward to her new responsibilities.

“I think it’s going to be a great opportunity,” Mohns said. “Jen and I are sharing the job, replacing Reggie Williams, who was the guy who coached me all through high school. We’ll be organizing the teams and getting the coaches lined up.”

Mohns’ own experience from the program, which is based in Stoughton, were extremely positive.

“When I first got there as a freshman, I was pretty clueless as to what it was all about,” Mohns said. “I just wanted to go and play. My parents were really good about not telling me that we were looking to get looks from colleges, and hopefully eventually a scholarship. I just played and didn’t worry about it.”

Mohns and Wellnitz led a team that fared well in tournaments throughout the Midwest, eventually leading to Iowa offering her a scholarship after a tournament in Chicago.

“I was really blessed to have Reggie as a coach the whole time,” Mohns said. “And we were an up-and-coming program at the time, and it was actually my dad who recruited Jen to come and play with us. She was from a really small town and they didn’t understand how it all worked either, so we were able to play together there.”

Mohns said the program is appealing to players of varied skill that are looking to move on to play in college.

“When I helped coach a few tournaments this summer, there were coaches from Division II and Division III schools all over the place,” Mohns said. “For players to get the exposure that they can’t always get just playing high school, it’s a great opportunity.”

Taking over in the middle of a global pandemic makes recruiting efforts a challenge.

“Numbers overall for the program are down, so that’s one of the reasons Jen and I were brought in, to hopefully bring some more excitement to the program,” Mohns said. “Right now the biggest fear is COVID and trying to work around that. And we’ll be looking at a few big fish to see if we can reel them in, too. I know in the past we’ve had some really strong 17U teams, so we want to get back to that.”

Mohns is fresh off her first season of coaching after leading the Brodhead JV team last season.

“Coming in, I really didn’t know what to expect,” Mohns said. “I hadn’t worked with that level before, but I absolutely loved it. It was the little things that I loved. I remember one game, we were putting a press on and I told the girls to get their hands up because they might get a tip. And we tipped three passes in a row, and it was those little accomplishments along the way that made it worth it.”

Mohns said she even relied on the counsel of her former collegiate coaches on occasion.

“Before the varsity team played Evansville in the playoffs, I saw they were playing a 1-3-1 zone defense,” Mohns said. “So I called one of my coaches from Green Bay and we ended up just talking strategy for a long time, just breaking up the options we could try. I definitely want to continue coaching.”