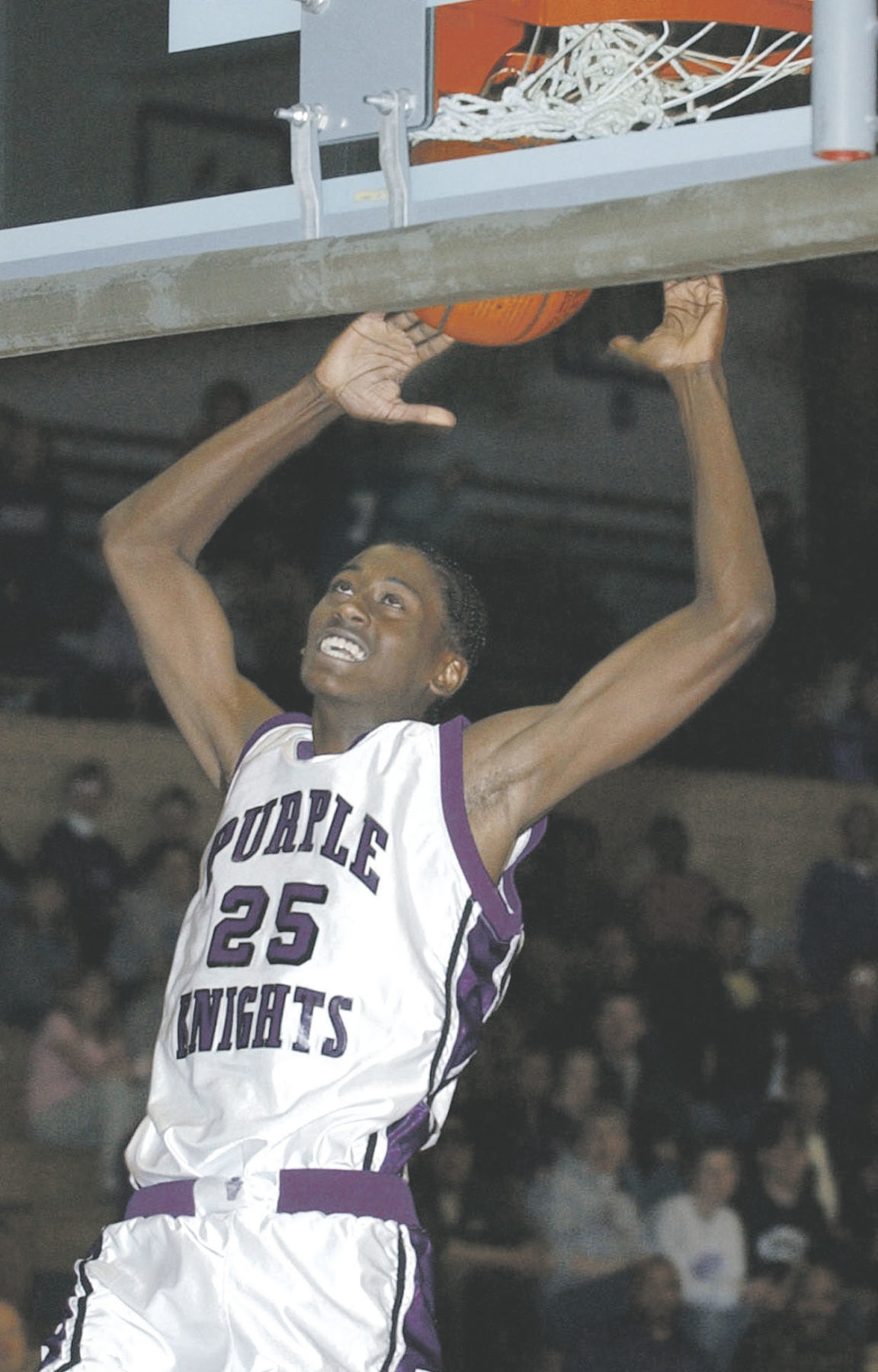 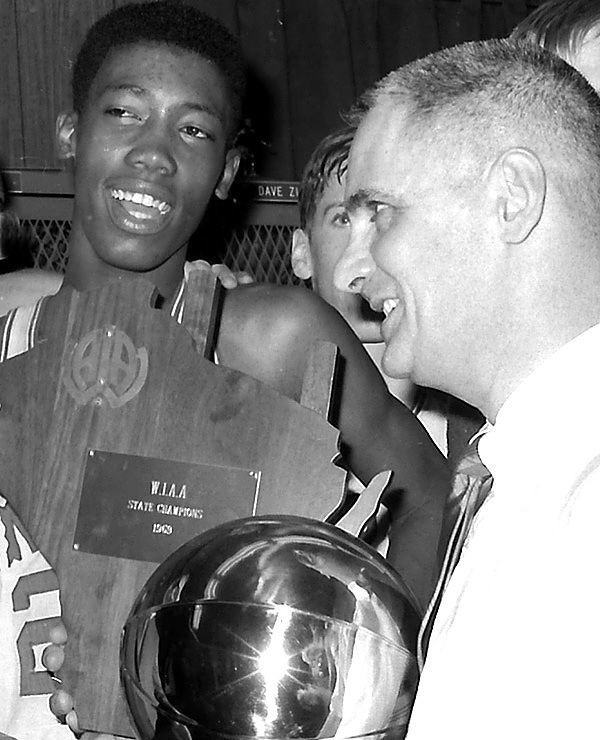 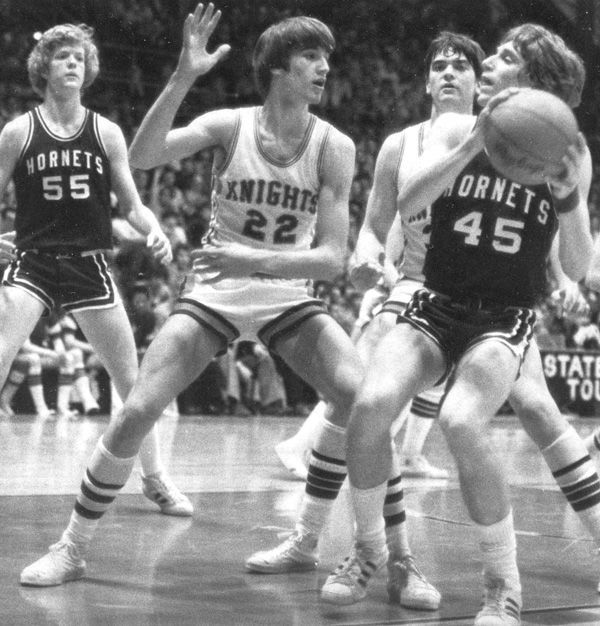 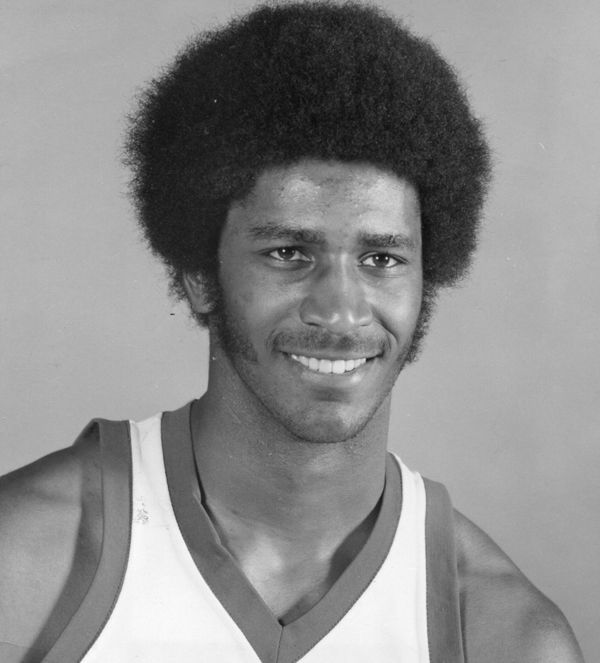 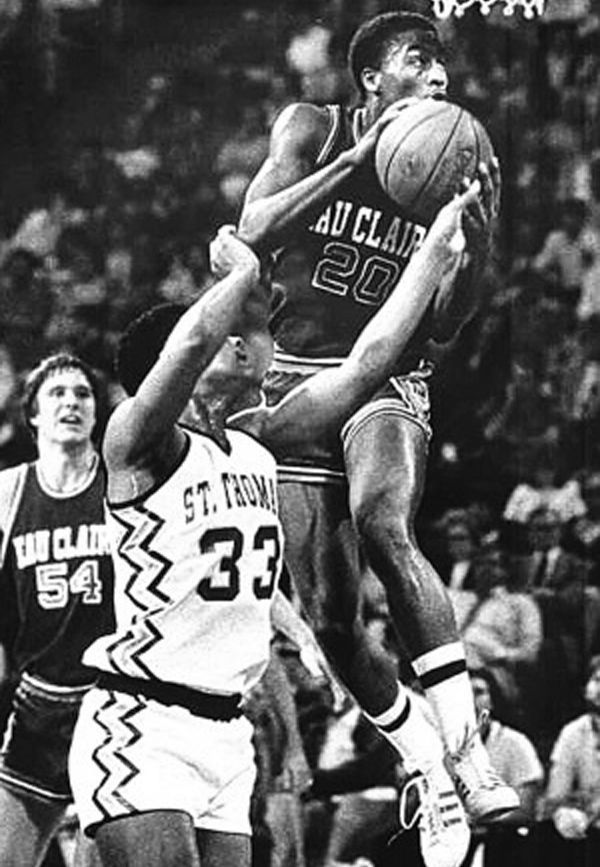 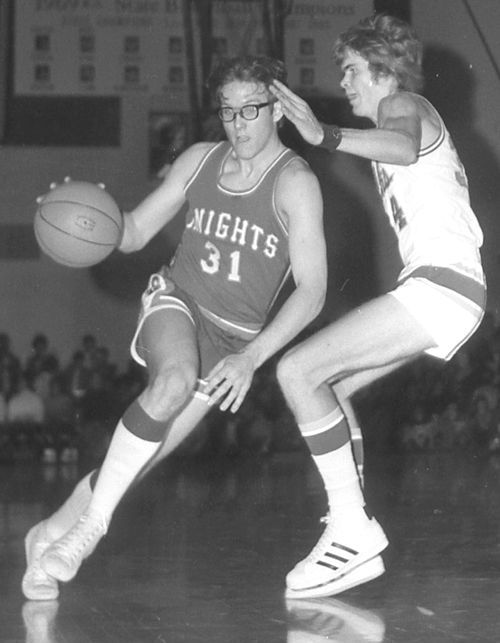 BELOIT—Turns out we’re not the only ones delving into local sports history to find a way to fill both time and space, hopefully in an entertaining and educational way.

Mark Miller, the editor of the Wisconsin Basketball Yearbook, has researched the history of basketball in Wisconsin and produced an all-time greatest list for each of the largest cities.

About a month ago, he published an All-Time Team for Janesville, just as he’s doing for places like Milwaukee and Madison.

Last week, Miller took a shot at naming the best to ever come through Beloit.

I’ve done similar projects, but this one is particularly ambitious and my hats off to Mark. His research is outstanding and his knowledge of basketball history in Wisconsin is probably unparalleled short of my friend Dave Wedeward.

That’s not the way we’ve ever considered a Beloit’s Greatest Anything, but I can see the merit. It sure shortened his list and who’s to argue? This is a personal project and you make up your own rules.

Miller starts out mentioning that the 1969 WIAA State Tournament final between Beloit Memorial and Neenah was, to many fans, the Greatest Game Ever Played. It featured legendary coaches in Beloit’s Bernie Barkin and Neenah’s Ron Einerson and it included the most famous shot in the tournament’s history.

LaMont Weaver’s 45-foot heave just inside the half-court line in the closing seconds of regulation forced overtime, and Beloit went on to win, 80-79, in double OT.

But like Miller says, LaMont is just one of many great players from Beloit.

Miller said LaMont’s legacy was cemented by that amazing shot, which helped the Knights finish 26-0. Weaver scored 25 points in the title game and earned first-team Associated Press honors, a criteria he used for selection to his All-Time team. A year later, as a 6-foot-1 senior, Weaver was All-State by both AP and UPI. He went on to play for the University of Wisconsin, scoring 446 career points.

Hanzlik was already an all-state player in Oregon before his parents moved to Beloit. The 6-7 senior guard helped Beloit finish undefeated in the Big Eight and 22-2 in 1975-76, averaging 19.5 points per game.

While he became known as a lock-down defender at Notre Dame, he was always a top scorer for the Knights. He had 20 points in their 43-41 win over Green Bay Preble in the WIAA State Tournament quarterfinals. He had 22 in the semifinals against Eau Claire Memorial, but also proved he’s human, missing the front end of the bonus at the foul line with no time left on the clock in regulation. Beloit went on to a 50-49 overtime loss.

Hanzlik starred for the Fighting Irish and was an Olympian in 1980 when the U.S. boycotted the Games. Somewhat of a surprise No. 1 selection by the NBA’s Seattle SuperSonics, he played 10 seasons in the NBA, scoring 5,414 points. After he retired from the Denver Nuggets, he became an assistant coach for seven seasons. He was head coach of the Atlanta Hawks for one not-so-memorable year.

Carr was a superb scorer for the Knights, capping his career with a terrific playoff run. He dropped 29 points as Beloit knocked off previously unbeaten and Big Eight champion Janesville Craig in the regional finals. He followed that up with 42 points in a sectional final win over Fort Atkinson. He made a pair of free throws with two seconds left and tallied 20 points in a 55-53 win over Wisconsin Rapids Lincoln in the state semifinals. But even Carr couldn’t prevent 19-6 Beloit’s 58-49 loss to Neenah in the title game.

The 6-2 guard earned first-team AP All-State, averaging 22.3 points. He went on to star for Coach Ken Anderson at UW-Eau Claire, where he still holds the career scoring mark with 2,257 points. The Milwaukee Bucks drafted him in the sixth round, but an NBA career eluded him.

Miller ranks Kyle Weaver as “one of the most under-rated players to come out of Wisconsin in the past two decades.” Despite a stellar season in 2004 in which he earned AP First Team honors, he was not highly recruited. The 6-6 wing player averaged 18.1 points for a 20-5 team.

Weaver ended up playing at Washington State for head coach Dick Bennett and it was a perfect fit as he earned first-team All-Pac-10 honors. He played three seasons in the NBA with Oklahoma City and Utah before heading overseas to play professionally.

Miller wraps up his First Team with the athletic 6-8 Grady, who also played football and ran track for the Knights. He was one of the few players prior to the start of the new century to earn All-big Eight honors three timnes. Grady scored 1,009 career points and had 482 as a senior. Grady went on to play for Northwestern in the Big Ten, scoring 560 points and hauling down 404 rebounds.

• One of my only disappointments is not seeing Gary Hubka on the first team. Many consider him one of the best pure athletes to ever compete in the city. He wasn’t just a tremendous basketball player, he was dynamic in football and good enough as a pitcher in baseball to be drafted by the Texas Rangers. When arm problems cut short his baseball career, he went back to college and scored 1,119 points for Northern Michigan, including 502 as a senior.

As a senior at BMHS, the 6-5 Hubka was Player of the Year in the Big Eight, scoring 493 points as the Knights finished 23-3 and won the conference title as well as the school’s eighth WIAA state crown. In the 60-59 win over Fond du Lac in the title game, Hubka scored the winning basket with 27 seconds left and then iced the contest with a pair of free throws with 7 seconds remaining. He finished with 23 points and 14 rebounds. That fall he had caught the winning TD pass against highly-regarded Madison La Follette. Just a money player.

Brown was the 6-7 inside force on Beloit’s 1969 title team. He hit a record 11-of-12 shots from the field in a quarterfinal win over Eau Claire Memorial, finishing with 26 points and 11 rebounds. In the semis against Kimberly, he had 30 points and 17 rebounds and in the double OT win in the finals against Neenah, he tallied 26 points and 18 rebounds. He led all scorers in the 1969 tourney with 82 points.

Kenney may be more famous as a baseball player with the New York Yankees and Cleveland Indians, but he was a stellar hoopster as well. He played for BMHS squads that shared Big Eight titles with Madison East (1962) and Racine Park (1963) and qualified for the state tourney both seasons. He was a two-time All-Big Eight player and scored 745 points, including 484 as a senior.

I’ve heard Lindsey described as Beloit’s most exciting player ever, by none other than Jim Caldwell. As a 5-10 senior, he helped the Knights go 22-4 and finish second at state. He averaged 15.4 points and was named Player of the Year in the Big Eight. At UW-Eau Claire, he scored 1,112 points and handed out a then-school record 470 assists, earning all-conference four times.

Evans was one of the savviest Knights I’ve had the pleasure to watch, helping the Knights finish 14-0 in the Big Eight in 1989-90. They won Beloit’s first title since 1977, under Gene Van Galder. Evans tallied 448 points as a senior, averaging a double-double: 23,1 points and 11.2 rebounds. He had 29 points in his final prep game, a 97-93 heartbreaker against Craig in a regional game. He finished with 1,060 career points.

Evans played two seasons at NCAA Division 1 Richmond before transferring to UW-Whitewater, where he earned NCAA D-III All-American honors twice. He was Player of the Year in the WSUC in 1994.

I’m sure there’s probably some guys left off the list. Gene Winger and Mark McKearn from BCHS and Bobby Polglaze from BMHS quickly come to mind. Not to mention a whole bunch of guys in navy blue and gold.