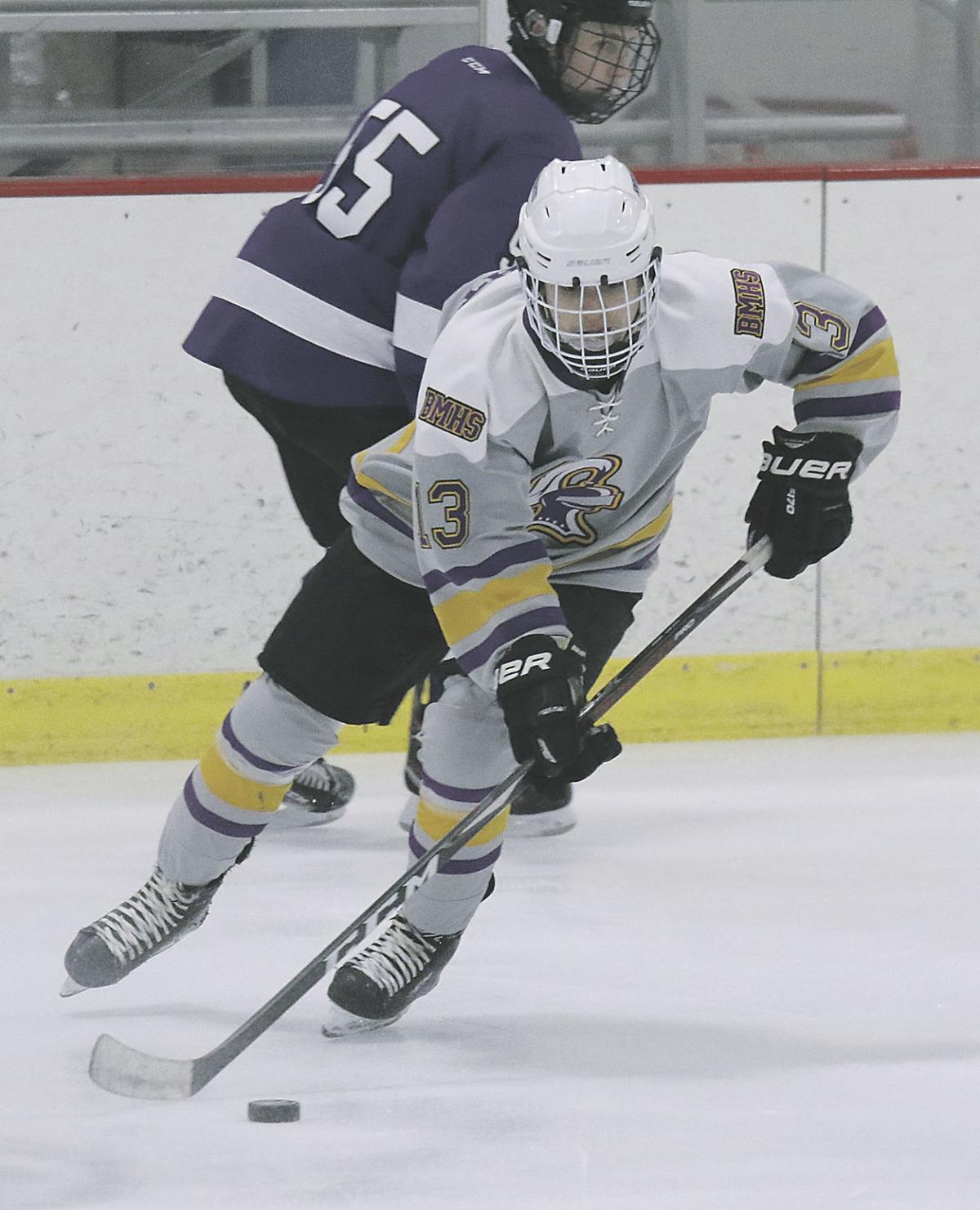 Aden Cobbs (13) of Beloit Memorial pushes the puck up ice against the Waukesha Wings Thursday night at Edwards Ice Arena. 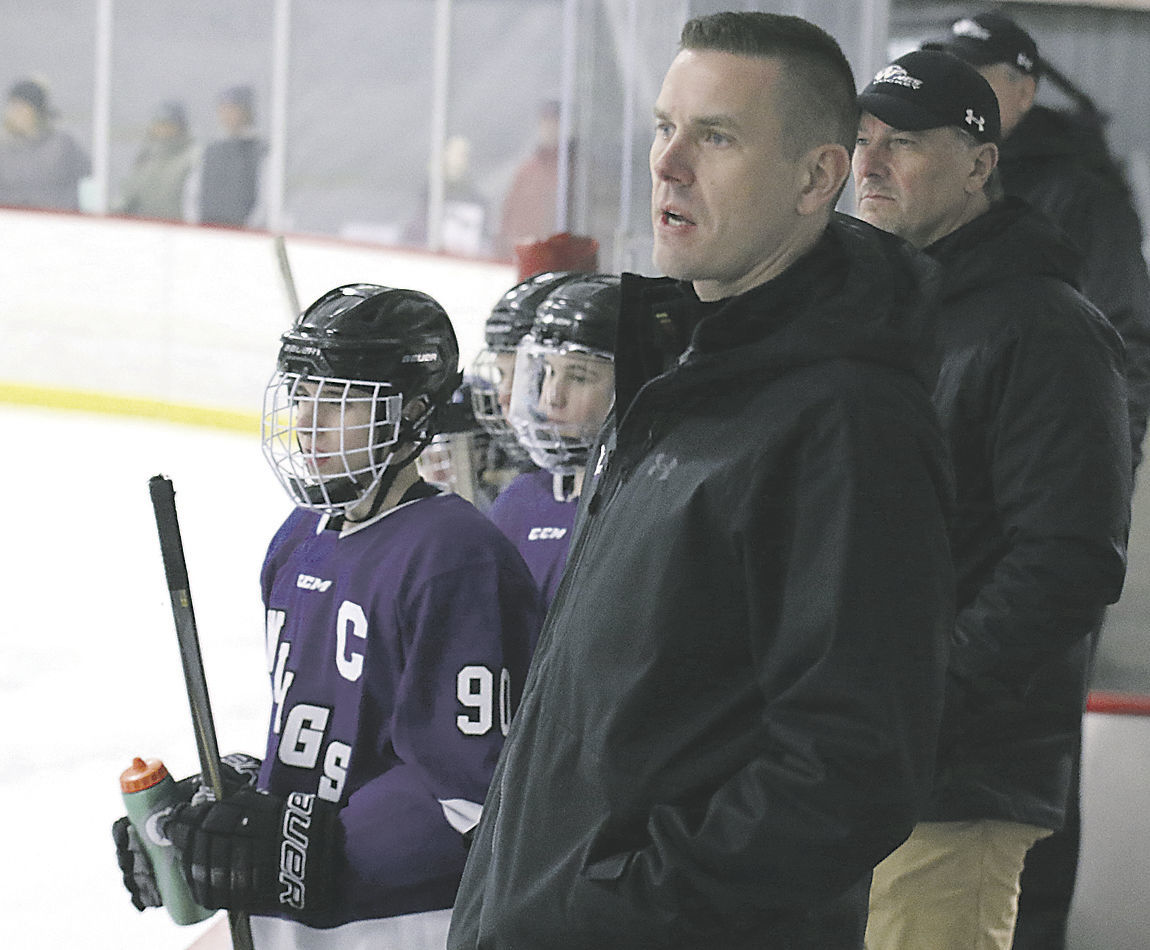 Aden Cobbs (13) of Beloit Memorial pushes the puck up ice against the Waukesha Wings Thursday night at Edwards Ice Arena.

It didn’t happen. Aylsworth’s Waukesha Wings rushed to a 2-0 lead on their way to a 6-2 non-conference victory over the Purple Knights.

It’s been a few years since 1994 BMHS alum Aylsworth brought his Wings to visit his old stomping grounds.

“When it’s warmer I really enjoy it here,” Aylsworth said with a grin. “I forget how cold it gets in this rink. But it’s still always good to be back. I obviously get to see some people I grew up with. It makes me feel old when I have teammates of mine who have kids who are in high school.”

The Wings, a co-op team combining players from Waukesha West, North and South, Catholic Memorial and Pewaukee, are currently in fifth place in the Classic 8 Conference at 3-4-0 and are 9-11-3 overall. Their 21-player roster includes five seniors and five juniors, but the majority underclassmen.

Of course you don’t have to tell the Knights what being youthful is like. They had Senior Night Thursday and, well, the celebration was short. Clinton’s Tyler Harrington is the squad’s lone senior.

“They have a young team, but I knew they’d work hard,” Aylsworth said. “Anytime a team comes in here they have to earn their victory. I just reminded our boys that we’re young also, but let’s show some maturity and do what we have to do. Let’s finish periods strong. I thought they did that pretty well.

“This is probably the best hockey they’ve played. They’re peaking toward playoffs.”

“I don’t think the better team won tonight,” he said. “We just took ourselves out of the flow in the second period with some not-so-good, behind-the-play penalties. Give Waukesha credit for finishing on the power play.”

Waukesha senior Kevin Frey beat goalie Jameson Flanigan 2:42 into the game. After the Knights drew a penalty for hooking, Jakob Schowengerdt scored with 6:32 remaining in the period for a 2-0 lead.

Freshman Gavin Jensen put Beloit on the board 42 seconds later, but Tyler Dale got the goal back for the Wings with just 58 seconds left in the period and Beloit with a 5-on-3 disadvantage.

Schowengerdt tacked on two third-period goals to celebrate a hat trick while the Knights did pick up a second tally off Alec Bishop’s stick. Both Beloit’s goals were unassisted.

Buchs believes his team is capable of making some noise in the playoffs. The problem is finding enough offense to get the job done.

“It’s no secret we’ve struggled to score all year,” he said. “But we have had a lot more offensive zone presence lately. This game we had 32 shots, probably more than we’ve had all year.”

Wings goalie Alex Miller had 30 saves while Flanagan had 18 for Beloit.