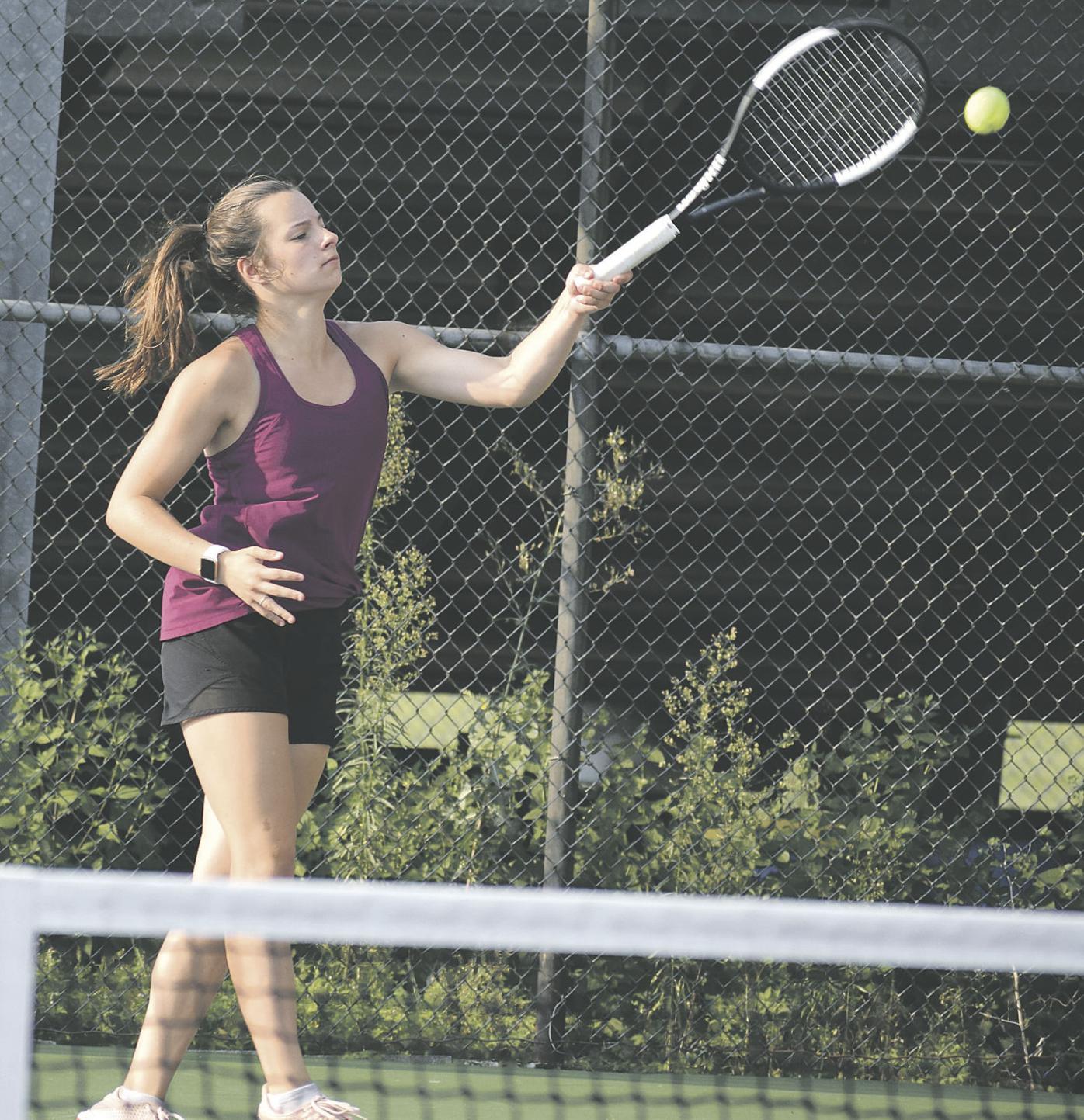 Karlie Anderson works during practice on Wednesday morning at Hononegah. 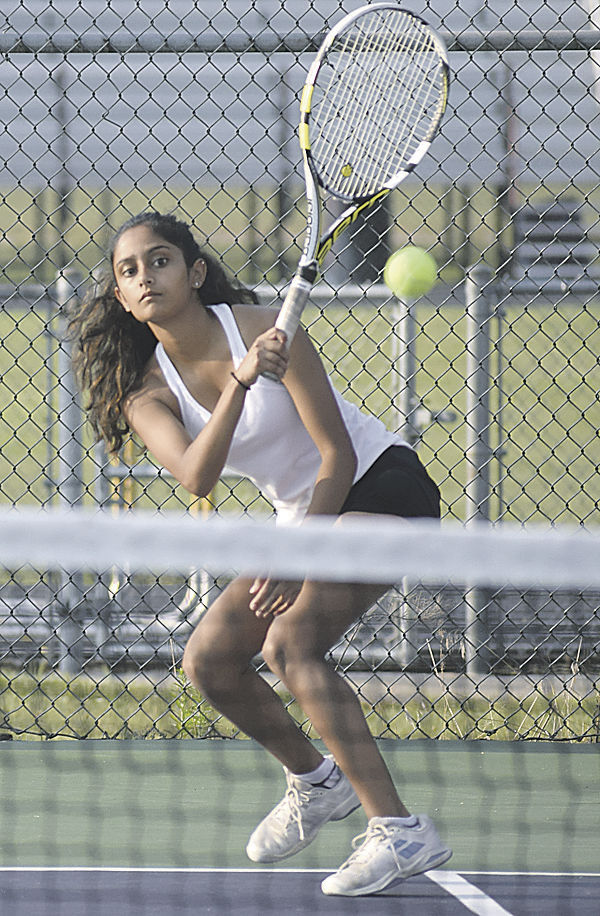 Mika Meron is set for a banner senior season as Hononegah’s No. 1 singles player.

Karlie Anderson works during practice on Wednesday morning at Hononegah.

Mika Meron is set for a banner senior season as Hononegah’s No. 1 singles player.

The Indians placed their in the IHSA Class 2A sectionals last season, and return several talented players.

No. 1 singles player Mika Menon was a force for the Indians last year, placing fourth in sectionals, and is primed for a big senior season.

Hearne said he wasn’t sure if he would see his team together this fall.

“I held off on ordering things we might normally have because I really didn’t feel like we’d be out here,” Hearne said. “It’s nice to get the season underway, and hopefully we can make solid decisions so that we can continue moving forward.”

The team features several multi-sport athletes, which Hearne said will be an asset.

“We’re a pretty athletic team,” Hearne said. “We’ve got a number of girls who have a lot of experience going back to when they would come to our tennis camps in first grade. We have good senior leadership, but at some our higher positions we are pretty young.”

The No. 1 doubles team is comprised of sophomores Lizzie Schindler and Karlie Anderson.

Hearne said the team has plenty of depth.

“I decided not to cut this year,” Hearne said. “Sometimes we’ll have 35 girls come out for the team and we just don’t have the space to handle all that. We’ve got 28 this year, and even though that pushes us as far as space goes, I thought it was important for the girls to come out, get some exercise and socialize. I think our freshman/sophomore team is going to be pretty strong.”

Trips to the suburbs to sharpen skills, a long-standing tradition on the Hononegah schedule, will be limited this season.

“We have to play in our COVID district, which basically goes down to DeKalb and over to Rochelle,” Hearne said. “We’ve always tried to get out of the area and go to the suburbs and do tournaments there. You’re exposed to some really strong players down there, and we lose that. I’m still looking for some Saturday tournament type situations, but I’m sure we’ll have fewer of those.”

Hearne said the team has mostly been able to establish a normalcy, but COVID-19-necessitated regulations do have things a bit different.

“We get the kids together and if it’s going to be brief, we get them spaced. If it’s a longer conversation then they go back to the masks,” Hearne said. “As far as play goes, we do switch the tennis balls up during a match, and if one ball goes to another court, they aren’t supposed to touch it. They can kick it back or something like that. There are some things the girls have had to get used to, but they are resillent. The changes probably bother me more than they do them.”

The composition of meets has also undergone a transformation.

“I’d be very surprised if we had a state meet,” Hearne said. “We are having a conference meet, but instead of having it over two days, we’re going to do it over three days and at several different sites to limit the groups. And even dual meets, when we play Harlem for instance, half our girls will go there, and half their girls will come here. That limits the amount of people on the bus.”

Hearne said the Indians will likely be vying for a second-place finish in the NIC-10.

“I think the Auburn girls team, if there were a state tournament, they would be among the favorites to win it,” Hearne said. “They have been strong for a long time, but they are crazy strong this year. It’ll be fun to play them. They might be the best team in the conference, and that includes boys teams. But we’re hoping to get in that next slot. Tess Provance is our No. 2 singles player, and he’s one of our senior leaders.”