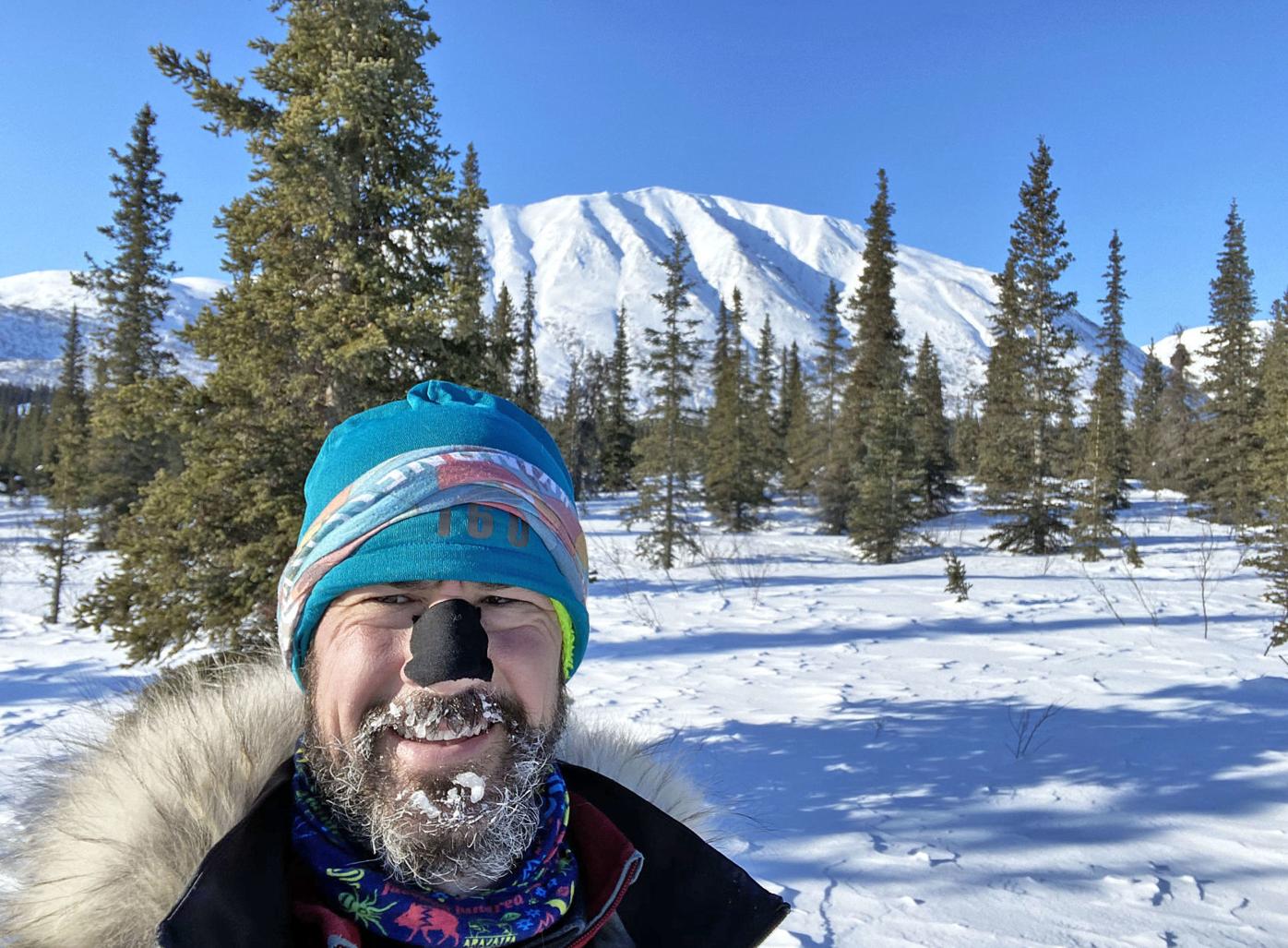 Ryan Wanless, a 1996 Edgerton High graduate, poses during the Iditarod Trail Invitational in Alaska in March. 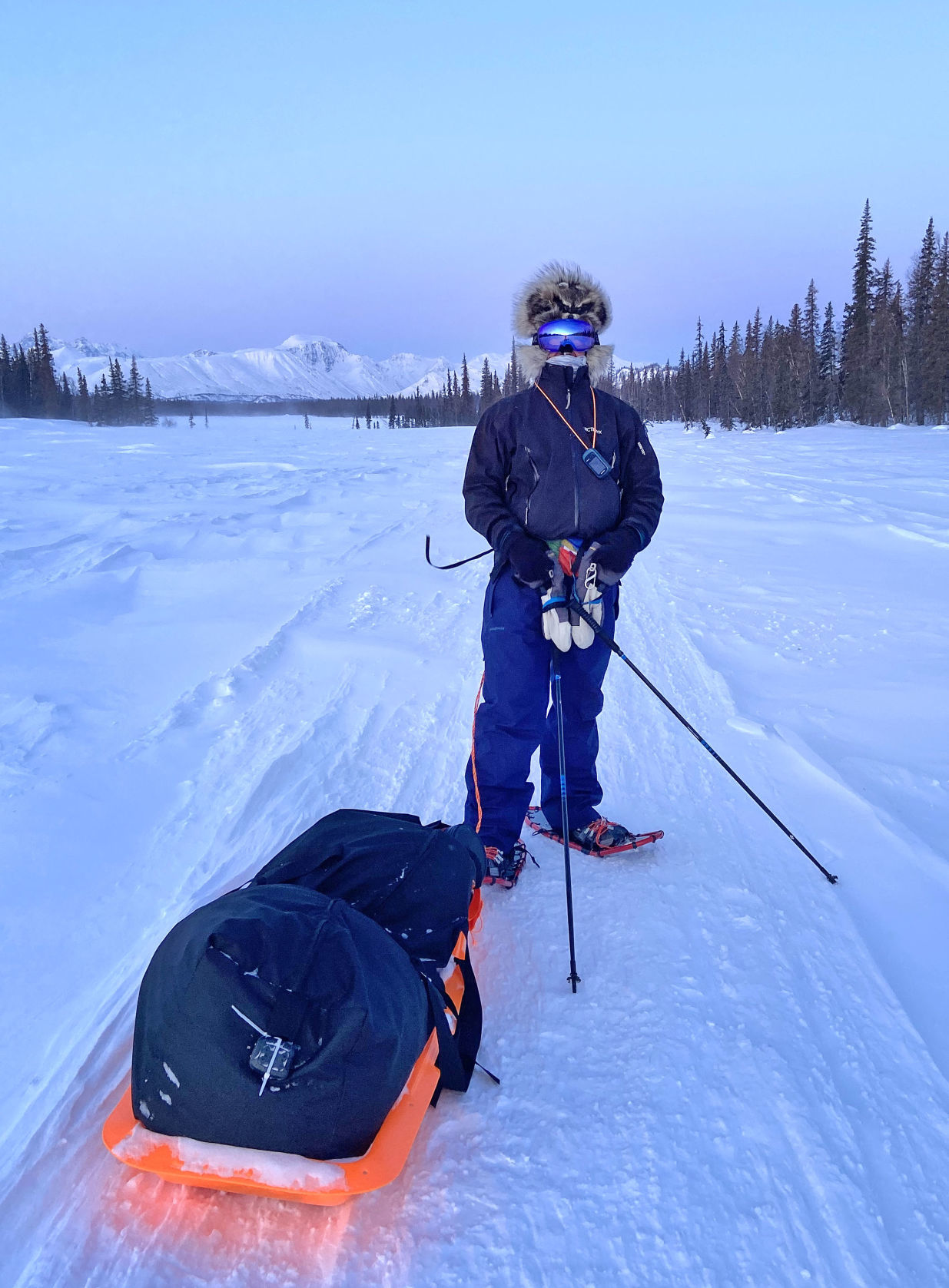 Ryan Wanless poses with the 40-pound sled he pulled for 350 miles during the Iditarod Trail Invitational. 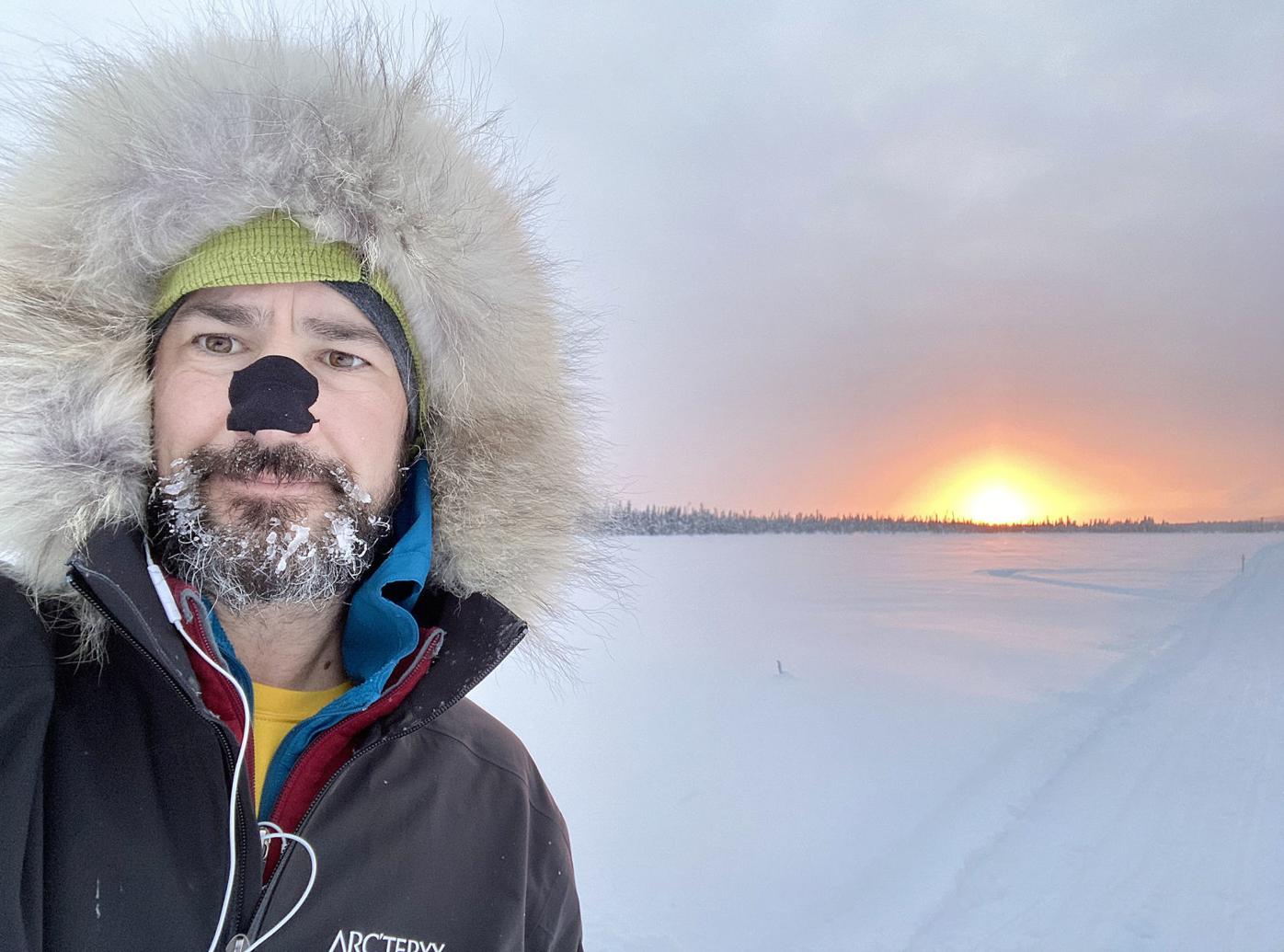 Ryan Wanless completed the ITI 350-mile race, on foot and pulling a sled, in just under eight days.

Ryan Wanless, a 1996 Edgerton High graduate, poses during the Iditarod Trail Invitational in Alaska in March.

Ryan Wanless poses with the 40-pound sled he pulled for 350 miles during the Iditarod Trail Invitational.

Ryan Wanless completed the ITI 350-mile race, on foot and pulling a sled, in just under eight days.

He had completed roughly 33% of his scheduled 350-mile journey through the Alaskan Wilderness. Snow was falling by the foot and blowing in a frenzy that had windchills dipping well below 0 degrees.

Wanless did not want his potential once-in-a-lifetime experience to be over. But the approaching light of a snowmobile felt ominous.

“I had probably been up 20-some (straight) hours, and it was a ground blizzard, and I literally thought a snowmobile was coming up to tell us they had paused the race or put it on hold and they were coming to take us to shelter,” Wanless said. “It was probably 0 degrees and blowing 60 miles an hour.

“But it was just a guy on a snowmobile hauling supplies, and he just went right by us. It was kind of a surreal moment.”

Wanless, a 1996 Edgerton High graduate who now resides in South Dakota, did all of that in March. It was his latest foray into ultrarunning—though this year’s conditions did not allow for all that much running. Most folks

Most folks know about the Iditarod Trail Sled Dog Race, in which mushers normally take 8-15 days to traverse more than 900 miles from Anchorage to Nome, Alaska.

The Iditarod Trail Invitational was officially formed in 2002, though other variants of the race existed in the years leading up to that, according to the event’s web page. In the ITI, competitors can take on challenges of either 350 or 1,000 miles and compete on foot, skis or bike.

Initially completing the course was Wanless’ chief goal. As he learned more about the pitfalls along the way, he said finishing became goal No. 3—behind making sure he kept all others and himself safe and enjoyed the experience, however long it lasted.

After all, he had already completed so much just to qualify for the right to apply to race in the ITI. Just 53 racers were listed on the ITI 350 roster on the event’s page, and of them only 18 were competing on foot, pulling behind them a small sled along the way. Wanless grew up in Edgerton watching his father, Mark, run. Ryan was a pole vaulter, he said.

But he was an avid outdoorsman and met his wife, Emily, when they were hikers and campers in Montana. Eventually they moved to Georgia, and Ryan took up running.

“I was like, I’m going to do a marathon. Then I did a couple, and she got bored of going and sitting for four-plus hours while I ran,” he said. “She signed up for the half marathon in Birmingham. She ran that and got hooked, so we started doing it together.”

Nearly all of the competitors who signed up for the 1,000-mile event this year were pulled off the course early due to conditions.

Wanless said he was anticipating using his snowshoes for a few hours here and there but wound up wearing them for about 80% of the race.

One of the competitors’ biggest dangers in the race is getting into a confrontation with a moose. Wanless said he saw 30 or so along his trek.

It did not take long, Wanless said, to put the thought of simply finishing the race to the back of his mind.

But that snowmobile that passed him as he approached the third of six checkpoints along his route did not bring with it any news of the race being suspended.

And so Wanless continued trudging along.

And Emily—who was in Alaska waiting for her husband back near the start line—and a host of other friends and family monitored Ryan’s progress via GPS on an ITI tracking site.

At some checkpoints, Ryan was able to connect to wireless internet to get a message out to Emily.

He heard of more and more competitors dropping out along the way.

“There was a very high drop rate this year,” Wanless said. “Normally they don’t have that high of a drop rate, because you have to do so much to get in that everyone is pretty well qualified to be in the race. You’re not looking at any amateurs.”

To Wanless, giving up never felt like an option. Finding a flight out of a remote town in Alaska near one of the checkpoints would have cost him more than $1,000.

On March 9, after seven days, 23 hours and 45 minutes, Wanless reached the finish in McGrath, Alaska, 350 miles from the start in Anchorage.

“I accomplished all my goals and more,” he said. “It’s as much about the journey as it is the finish line.”

Ryan said he will find a way to ultrarun in competitive fashion, likely running long stretches of trail to attempt to beat FKTs—Fastest Known Times.

“We have the whole length of the Centennial Trail out here that’s about 114 miles,” said Wanless, who is a general contractor by trade. “I’ll probably try and take a stab at trying to break the record for the fastest known time on that in the next month or so, once all the snow’s gone.”

While races are mostly at a standstill at this point, he encourages anyone with any sort of inkling about running any distance to simply reach out to those who are already competing.

While many might think running 350 miles on the Iditarod Trail is the greatest accomplishment yet for Wanless, he remains proudest of his overall resume.

“A lot of people do one and they’re done,” he said. “I really love not only the racing part but the training and preparation and the friendships.

Hear more about it

Ryan Wanless and his wife, Emily, shared stories about their experiences before and after the Iditarod Trail Invitational in a pair of podcasts.

To hear more about the epic race, search for the show "Like A Bigfoot" wherever you listen to podcasts.

For more on the race itself, log on to www.iditarodtrailinvitational.com