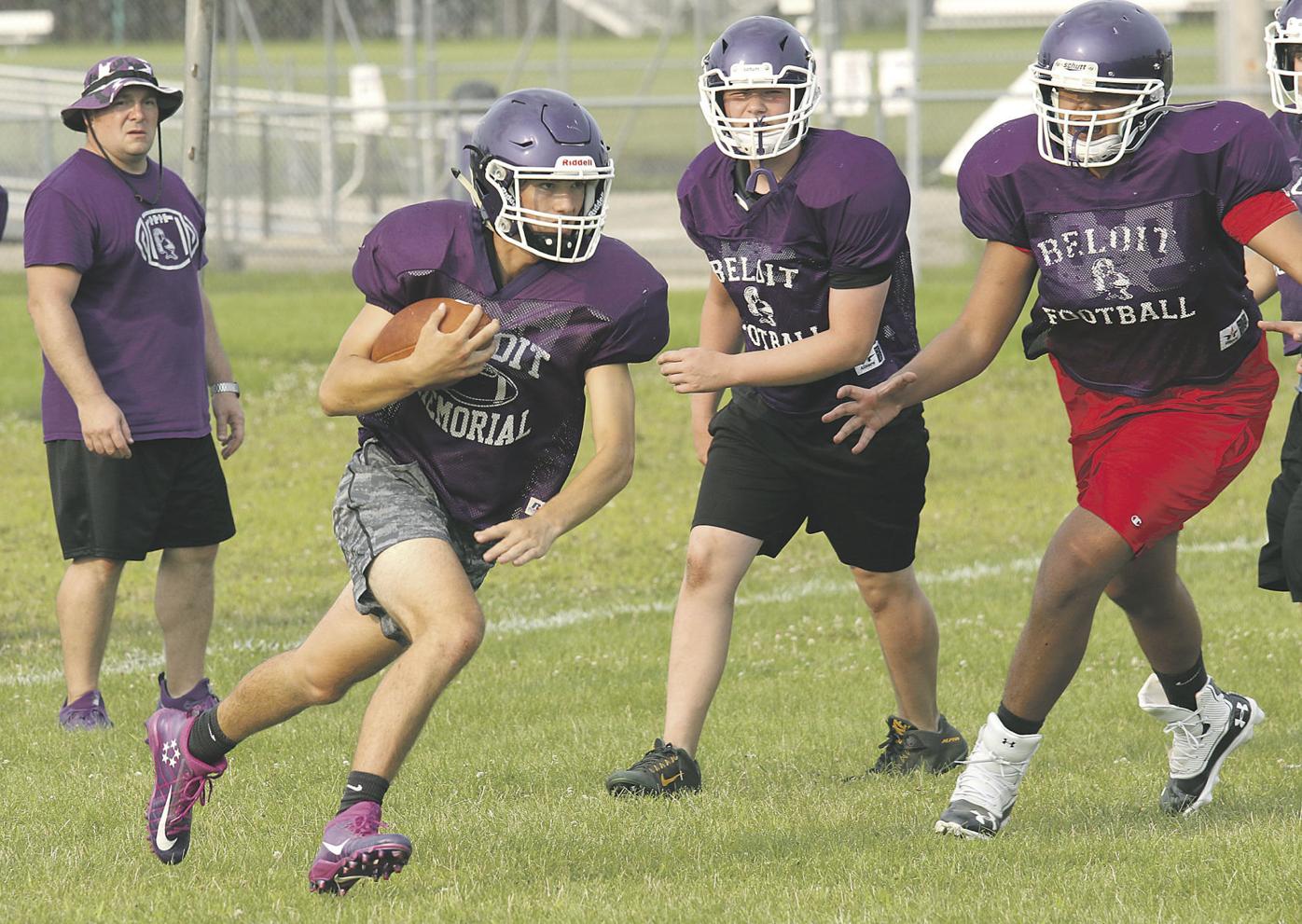 Beloit Memorial quarterback Griffin Oberneder takes off on a keeper during practice Tuesday. 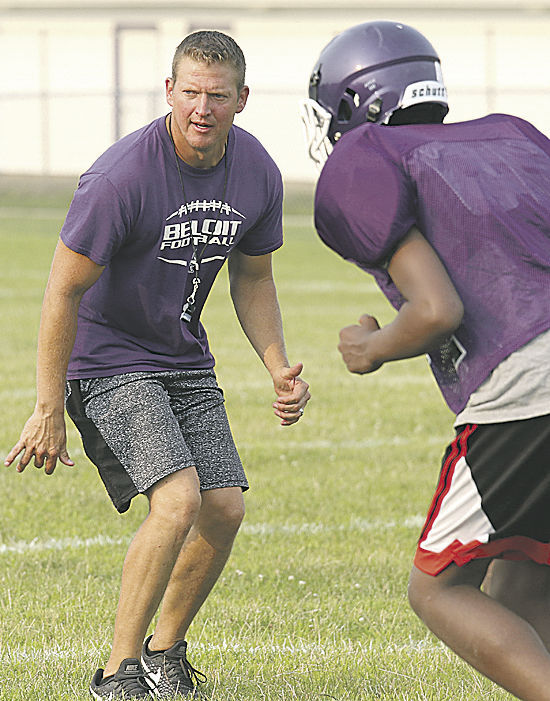 Beloit Memorial quarterback Griffin Oberneder takes off on a keeper during practice Tuesday.

BELOIT—Brad Dement finds himself in the same situation as every other Beloit Memorial head football coach during the past two-plus decades of perpetual struggles on the gridiron.

He knows the rebuild can’t start solely at the varsity level. It has to begin in the youth ranks.

So while Dement is working hard to improve his current team during its current week of contact, he’s also hosting a weeklong free youth camp where he is getting the word out about the Beloit Junior Knights program which will include teams at the sixth, seventh and eighth grade levels playing in the Dane County League.

He’s also holding an informal talent search for prospective youth coaches for the Beloit Junior Knights teams.Right now there are plans for only one team at each age division, but if enough interest is shown, Dement expects the number could be expanded if enough kids show interest.

Of course that would require even more coaches. He would like each team to have three.

“I want coaches who really have the passion and get kids excited about eventually becoming a Purple Knight and helping to turn this thing around,” Dement said. “I want to meet with those coaches. We’ll have coaches’ clinics. I really want those guys to feel like they are a part of our high school program. I want them to be here and I want us to get out to their practices when we can.

Dement has been working with about 40 high school players this week.

“The number is always increasing because kids tell me they had a family commitment at first or work or they were on vacation,” he said. “Or they didn’t know it was actually practice, despite all the announcements we’ve had on social media to get it out there. I’m OK with it now, but when August rolls around, everyone better be here. The more responsible ones already are.”

As COVID becomes less of an impetus and more of a memory, Dement said he’ll be able to have more contact with the players at the intermediate school level.

“I will visit those schools and we’ll have meetings so they have information and make sure the communication is better,” he said.

As for the players on hand, he said he’s keeping things basic.

“We’re not putting in a whole lot of new plays,” he said. “We’re sticking to a select few and really running them a lot to try to execute them perfectly. What we’re doing a lot of is evaluating the kids and seeing where they’re at. With lower numbers we have to be certain we have kids in 100 percent right positions to help the team. To help our depth, we also want to be able to cross-train kids for different positions. That’s really what these five days are about.”

What if their preferred spot isn’t the same as the coaches?

“I know there are some kids who may want to play a certain spot, but we really try to hammer it home that this isn’t about the individual, it’s about the team,” Dement said. “Playing team sports is about sacrificing. It isn’t always going to be about what you want. If you do the best for the team, you’re going to be a better person and have a better chance of success in life. I think these kids are buying into that.”

Quarterback Griffin Oberneder returns this season after having his spring season cut short by an injury. Four members of the offensive line also return.

“We’ll also have a senior (lineman) who didn’t play last year, but who played as a sophomore,” the coach said. “That sort of experience should help us immensely. They know what it takes to win and they’ve been working hard in the weight room.”

Senior running back Jacob Raisbeck graduated, but Dement said, “We’ll find somebody who can run the football. The main thing is having a hole to run through.”

Dement will serve as his own offensive coordinator while Joe Oberneder will run the defense.

The Knights will open against Racine Case at home and then play at Janesville Parker for another non-conference game. Then it’s the Big Eight Conference gauntlet of Middleton, Sun Prairie and Verona, followed by Madison East, West and Madison Memorial.

“I think this will be the finale for us in the Big Eight and next season we’ll go to the Southern Lakes,” Dement said. “That’s what I’ve been hearing anyway.”

• NOTES: Youth players interested in registering for the sixth, seventh or eighth grade teams should go to the Beloit Junior Knights Football website. ...Coaching candidates should contact Dement at bdement@sdb.k12.wi.us or leave a message on his school telephone at 608-361-3286. He said youth coaches may become candidates for roles on the high school staff.