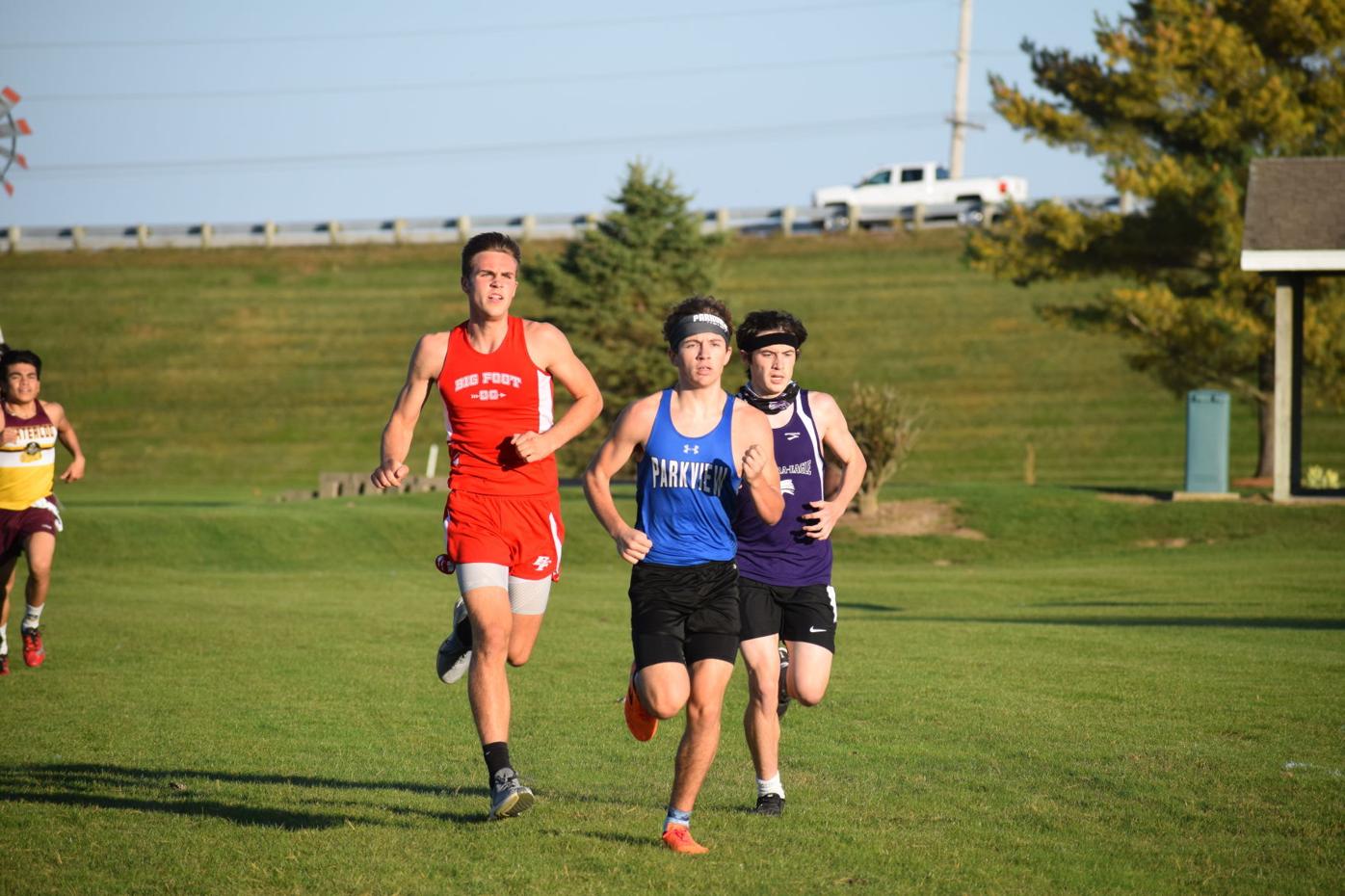 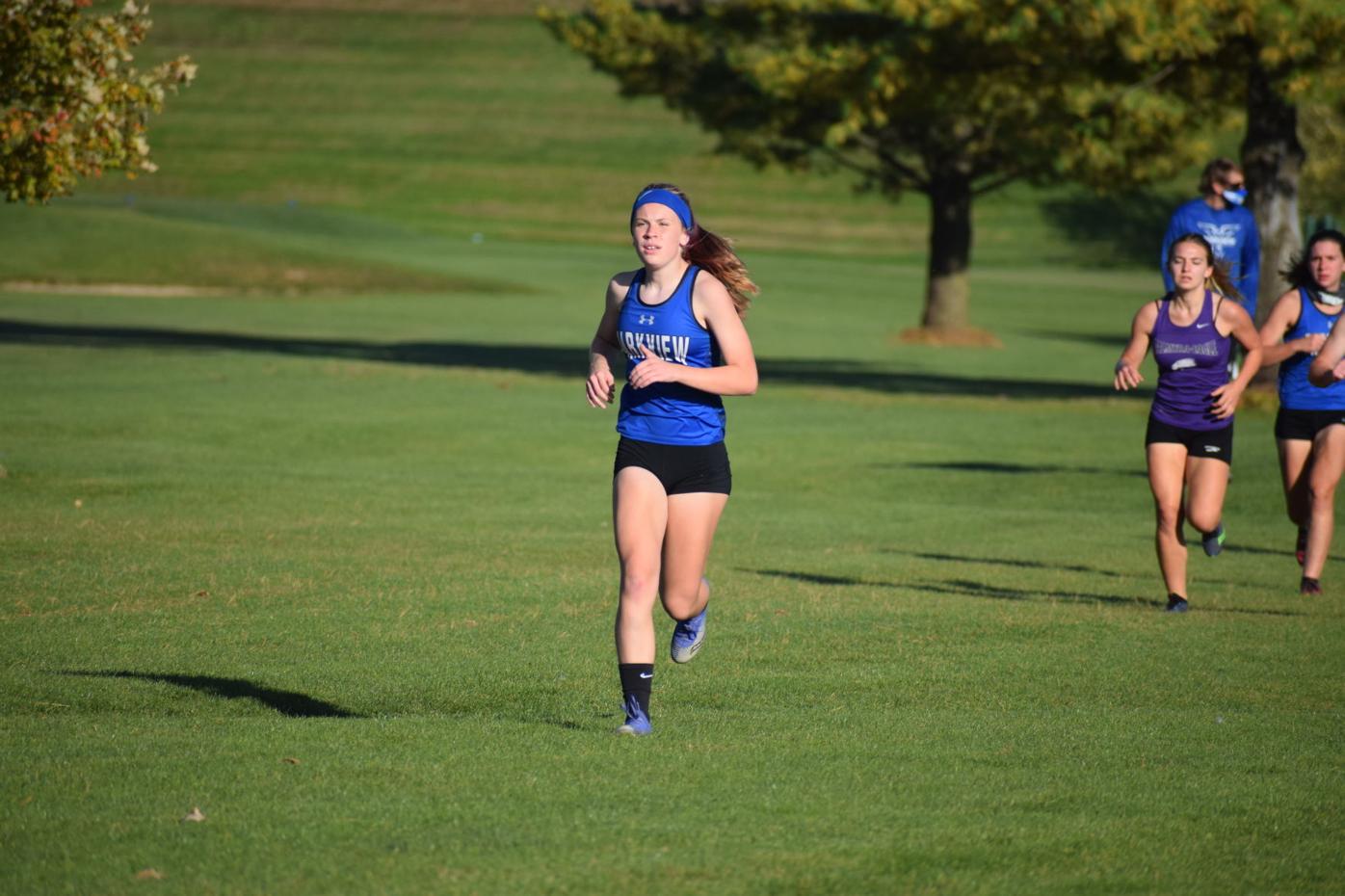 ORFORDVILLE, Wis.—High school runners from around the area gathered at Bass Creek Golf Club Tuesday afternoon with a variety of purposes in mind.

Gus Foster wanted to continue his pre-basketball tune-up. Sydney Lueck wanted to stay busy in the absence of volleyball.

And Avery Crane continued to push toward a bid to the WIAA State Cross Country Meet.

Crane, a Parkview senior, won the boys race with a time of 17:49, the first time he’s broken 18 minutes. Other teams included Big Foot, Palmyra-Eagle and Waterloo.

The PR didn’t come easy. On a sunny, warm day with a challenging course to contend with, Crane continued his terrific season with his third win.

“I felt really good,” Crane said. “This course is definitely more challenging than I thought it would be. There are two big, slow hills to climb, and it was really tough at times.”

Parkview coach Shane Suehring said it was a solid day overall for the Vikings.

“It’s definitely not an easy course,” Suehring said. “I just tell the kids to break it up in segments. The first mile is flat. The second is where you have the hills, but the third is either flat or downhill. I think they are starting to figure that out, and overall, they are looking stronger as a group.”

Placing third was Foster, the Big Foot junior who is running cross country for the first time.

“I’m really glad I came out,” Foster said. “I wanted to do it to keep in shape for basketball, but more than that, I wanted to do it for the mental toughness. This sports teaches you when you can push through things, and when you have to let up so you can finish strong.”

Valley said the nearly month-long break the Vikings were forced to endure thanks to a positive COVID test in the district has taken a toll.

“That was really hard to be away,” Valley said. “We still practiced, but it wasn’t with the same intensity you would get in an official practice with the coaches. I’ve been a little disappointed in my times, but hopefully I can finish the season strong.”

Suehring said Valley will have a chance for redemption soon.

“Her goal today was to go out there and win,” Suehring said. “And she did stick with the winner for a long time, but she just wasn’t able to overtake her towards the end. The good news is she’ll get another chance when we go to Palmyra Tuesday.”

Parkview’s Jenny Ballmer placed third with a time of 23:56.

Lueck is the only girl on the Big Foot roster, which has created its share of challenges.

“I really wanted to do something when volleyball was canceled,” Lueck said. “I tried to get a few of my teammates to come, but they didn’t end up doing it, which is fine. I’m really glad I came out, though. I’ve been able to improve my times quite a bit. My first race was 31 minutes, and I was able to get down to 26 minutes. And it’s been great mental training, too.”