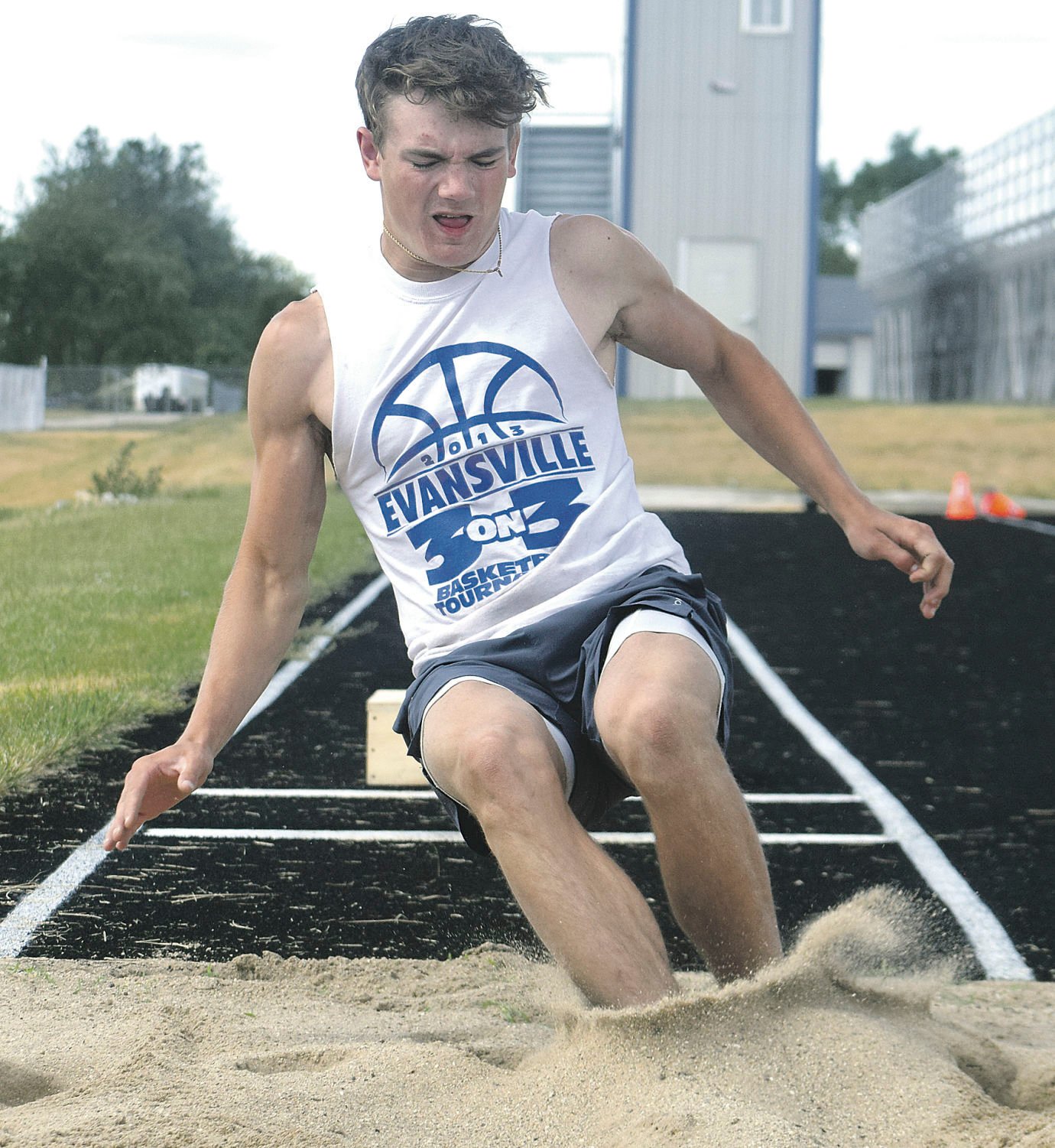 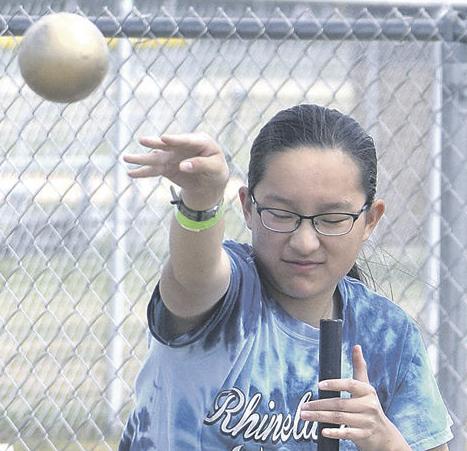 BELOIT—There aren’t many athletes that can come away from a sectional meet, having qualified for state in a pair of events and still feeling disappointed.

But there aren’t many athletes like Beloit Turner’s Camden Combs.

The junior easily qualified for the WIAA Division 2 state meet in the long jump and the high jump, but barely missed out on qualifying in the 100 and 200.

Combs was the top seed in the state for much of the year in the 200, but a miscalculation on his part led to just missing out.

“He was fourth in his preliminary heat, so he thought he would be fine,” Turner coach Nolan Otremba. “The problem was he was in the slower heat, and he missed the finals by one spot.”

“That was a tough one to take,” Combs said. “My legs were still sore from regionals because we had just run the night before. I was going to take it easy, but I took it too easy. I know I could’ve been in the top two in the finals, but it didn’t work out that way.”

Combs was all set to run the 100 when the storm rolled in, forcing participants and coaches into the gym at UW-Whitewater for over an hour.

When they restarted the action, Combs finished fifth, just one slot and .3 seconds from qualifying.

There was plenty of good news as well. Combs set the school record in the long jump with a 22-2, and easily won the triple jump with a leap of 45-6, marking him as the top seed at state by nearly two feet.

“For triple jump, my goal is to be the state champion,” Combs said. “For long jump, I’m hoping to be state champ or runner-up. With the triple, it’s all about the second phase for me. I could have gotten more 45’s this season, but a lot of times my trail leg would hit first and that would cost me a couple of feet. If I can hit a 45, I feel like I’ll be in a pretty good spot.”

“Two years ago Jo’Vontae Coleman won triple jump at state, and it was great having him. He helped me a lot during meets and was an awesome teammate.”

“He’s just a beast,” Otremba said. “He’s a great athlete. He didn’t even start seriously long-jumping until about midway through this year, and he’s done a great job with it. Obviously he’s disappointed not qualifying for either running event, but with everything taking place in one day this year, it would’ve been really hard on him.”

As Otremba referenced, all Division 2 activity, including prelims, will take place on Friday in the traditional site at UW-La Crosse.

Combs won’t be the only Trojan in attendance. Presley Hasse qualified in the high jump, Jack Neupert will be going in the pole vault and Rachel Cleaver will be going in four different wheelchair events.

Hasse placed sixth in state in the high jump as a sophomore before missing out on the opportunity to be a three-time qualifier due to the COVID-19 pandemic.

“She’s coming back to defend her podium spot,” Otremba said. “She’s been a very consistent jumper for us. She’s been in that 5-2 to 5-4 range, and if she can do that one more time at state, she’ll be on the podium.”

“Obviously it would be awesome to get on the podium,” Hasse said. “But I’m just glad I made it to state. Even if I don’t, I’m still satisfied to get back to state. I’m happy we got a season and happy to be there.”

Neupert is seeded right in the middle of the pack in the pole vault with a 13-3.

“I felt great for Jack because he was a junior last year and was really pointing at that year being his breakout seaosn,” Otremba said. “He had gone through a lot of camps and made a lot of strides going into that season, so I know he was really happy to make it. He’s tied for the school record right now, and one of his goals is to have his name on his own plaque, and not to have to share one with anybody.”

Cleaver also has the chance to make some history.

“If she can repeat the shot put she had in sectionals, she’ll break the state record in that event,” Otremba said. “If you looked at her, you wouldn’t necessarily think she’s going to be a shot-putter, but she’s put in a lot of time in the weight room, and she’s strong. She’s definitely one of the hardest workers in our program, and I’m excited to see what she’ll do Friday.”

Cleaver said throwing has been an ongoing process.

“It was tough at first, but I’ve been getting a ‘PR’ by about a foot in every meet,” Cleaver said. “And that’s really my goal for all the races: Just to set a PR.”

“I like how you can go out and pace yourself in the first lap,” Cleaver said. “And then go as hard as you can in the second.”