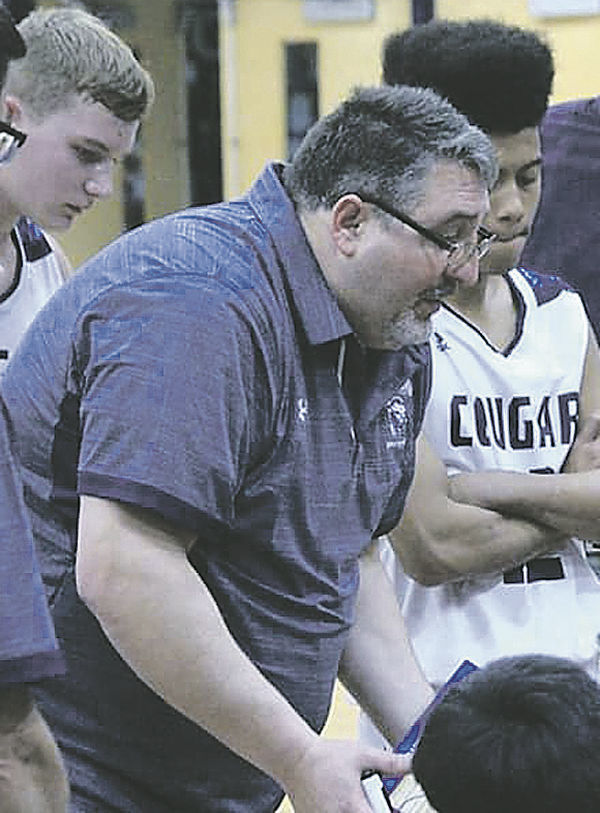 Scott Gestrich, left, prior to his weight loss and, right, a more svelte version of the Clinton High School basketball coach. Gestrich has lost 92 pounds since last June after weighing in at 343 pounds at a doctor’s examination. 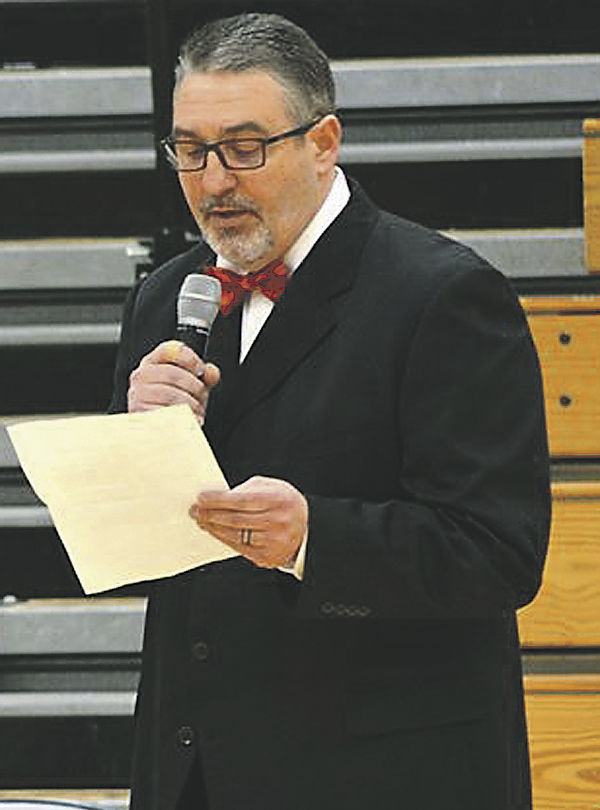 Scott Gestrich, left, prior to his weight loss and, right, a more svelte version of the Clinton High School basketball coach. Gestrich has lost 92 pounds since last June after weighing in at 343 pounds at a doctor’s examination.

CLINTON, Wis.—Scott Gestrich slides into his Dodge Durango in his doctor’s parking lot and lets out a sigh of relief.

It was April 2019, and that relief he felt lasted about three seconds. Then he caught himself in a moment of self-reflection which quickly turned to anger.

He took a deep breath and rushed back into the doctor’s office, determined to never have this feeling again. Although he’s not usually the type to do this, he demanded to see the doctor. He needed help, and he knew it.

Rewind back to 1991, when he’s a lean, mean, 3-sport fighting machine for Clinton. Sure, he was skilled and had success. But what stood out to those who knew him was his ultra-competitive nature.

No one would out-work him. He was going to have to go back in his memory bank 30 years and dig out that competitive streak. This time, it wasn’t to win a regional title or steal third base. It was to save his life.

After hearing some advice from the doc, he began assembling a dream team of his own: Regular meetings with a dietician and a physiologist. Even a psychologist. The weight was, he knew then, coming off. He wanted to know his best method of attack.

He talked to one of the doctors, who he knew for a number of years, had even coached the doc’s kid in middle school hoops. It was time to get real, the doc said. You are morbidly obese, and if you don’t change, the people who care most about you aren’t going to see you much longer.

Scott didn’t regret many of the decisions that led him down the path. He was a busy guy, a proud father and son, a servant to his community. Through all that, it was himself he let go. His father spent the last 10 years of his life in a nursing home with no hopes of getting out.

When dad called him to bring some food, Scott happily complied. Dad was going to enjoy his food while he was there, which meant Scott wasn’t showing up with kale and cauliflower, not even if it was deep fried.

He coached his kids for over a decade, and added another team on top of that, all while working full-time. That doesn’t leave much time for exercise, and a healthy diet got left behind in the crazy, also. His kids felt loved on. His dad did too, before he passed. But man did the pounds pile on.

Scott got a chance to go back to his alma mater in 2017 as a JV coach and varsity assistant. He jumped at it. By the next year, he was named head coach after John Gracyalny stepped down.

He had a sobering conversation who, while possibly lacking some social convention, was also brutally honest.

“Aren’t you embarrassed to come back to this gym, looking like that,” the friend asked.

Scott wasn’t embarrassed. He’d made his choices, and had reasons for doing so. But, he thought, the guy had a point.

June 13, 2019. The date it all started. With all the information available, he’d developed something he was very comfortable with: A game plan. The first step? Exercise.

No problem, he thought. I’ll go for a walk, and my body will tell me when to stop.

He didn’t even make it a mile before he called his now-adult children. He needed to be picked up. They good-naturedly ribbed him. “C’mon dad. You can’t even make it down the street?”

He gave it right back to them, as was customary. But he also took those words to heart. These were, along with his wife, the people he was sticking around for. He’d show them all, and soon. The mile became two, the pace picking up. He added an evening walk for good measure, and then did what would have been unthinkable months earlier: He gave in and bought the dreaded treadmill. And he actually used it.

If exercise was a small hill to be overcome, the diet was K2. Putting together discipline he didn’t know he had left, he turned off the fryer, turned down the ice cream and lived in the fresh veggie aisle at the store.

The pounds were coming off, but there was an issue: With 30 pounds gone, nobody had said a word to him. That’s how fat I was, Scott says to himself. I just lost 30 pounds and nobody has any idea.

10 pounds off later, and the comments started. His regular appointments became something to look forward to. His game plan was working, to a T. He started posting pictures of his treadmill after workouts that displayed his mileage amount and calories burned.

The pounds were flying off now, as he stayed disciplined and kept pushing himself to go an extra half-mile, even if he’d promised himself today was an easy day. That old fire burned deep in his belly, and he was putting it to the best of uses.

It was basketball season again, and on Nov. 11 he strode into the first practice of the season, 72 pounds lighter than he had been in June. Along with a new wardrobe, Scott had a new outlook on life.

A missed outlet pass no longer sent him off the deep end. He’s happier now, and the difference is palpable. He’s inspiring friends to drop weight. Telling 18-year old Scott that he would one day balloon to nearly 350 pounds couldn’t be believed. But telling June Scott that November Scott would be an inspiration to so many? Now that was a real whopper.

It’s quarantine time now, and Scott’s just like the rest of us: Trying to find ways to keep the pounds off. He’s down 92 pounds from last June by now, with the magic number of 100, his next goal but hardly his final one, elusive. He started a quarantine exercise club on Facebook, and immediately had 70 members.

The fire in his belly is still there, which means those last eight pounds (and beyond) are in real trouble. He’s already summited K2. It’s all downhill from here.