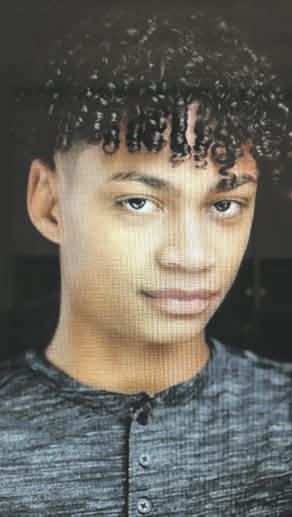 Along the way, Chevy Chase, Rodney Dangerfield and Bill Murray take turns stealing scenes in one of the funniest and best sports movies ever made.

The Beloit Club recently announced DuBois is the 2020 winner of the Western Golf Association Evans Scholarship which will provide him with full tuition and housing to the University of Wisconsin-Madison. DuBois, Beloit Club’s first winner, will attend the UW in the fall. .

“I haven’t really sat down and figured it all out, but it’s definitely worth a lot,” DuBois said of the award. “Since it was announced everybody keeps asking me about Caddyshack. I guess it’s time I watch it.”

Recipients of the scholarship are recognized for their strong caddie record, excellence in academics, financial need, character and leadership. In addition to caddying at Beloit Club since 2017, Dubois is a member of the Beloit Junior Golf Association, National Honor Society, 4-H, DECA and Lighthouse Fellowship Church. He has participated in Clinton High School’s concert band, marching band, solo and ensemble as well as the golf, basketball and football teams. He carries a 3.51 GPA.

“I had some people rooting for me, particularly Dwight Kruse, who is on the scholarship committee,” DuBois said.

DuBois was just a youngster when he was introduced to golf by his father, and he figures he “hit a lot of walnuts with a plastic club.” Family friend Thomas Quillens, who operates the Beloit Junior Golf Association, provided him with the basics and he caught on quickly. DuBois is a member of Clinton High School’s team.

“I like the tempo of golf because it allows me to think,” he said. “In other sports you’re in the moment and you don’t have time to stop and think like you can with golf. I like how close you can get to the people you are competing with, too. It’s not a cut-throat sport. I’ve made a lot of friends golfing.”

The summer before his freshman year at CHS, Quillens informed DuBois that Beloit Club was restarting its caddie program.

“It sounded like it was right up my alley,” he said. “I found out about the scholarship early on and I’ve had my eye on it. That was one of the reasons I stuck with it.”

He caddied two to three times per week with each outing about four or five hours.

“I had regulars I’d work for,” he said. “Dwight would have been one of them. But you get new people now and then. The past couple of years we have added caddies and there are probably about 15 of them right now. When we started out I think we only had five.”

“The Beloit Club caddie program has come a long way in a short period of time due in part to the support of our golfing membership, the leadership of our Caddie Master and PGA professional, Nate Laird, and the dedication of young men and women like Josiah who strive to better themselves each and every day,” said Kent Instefjor, general manager at Beloit Club. “The Evans Scholarship Foundation has provided a vehicle to reward caddies such as Josiah, which truly has the ability to change the course of a student’s life as well as their family’s life.

“We are very proud of what Josiah has accomplished and we look forward to the continued growth of our program and the positive impact to more Beloit area youth.”

At the UW, DuBois plans on majoring in Sociology and Anthropology.

“I’ve always liked learning about history and how people behave,” he said.

He has certainly learned about golfers.

“There is a lot of talking going on or otherwise it would be four or five hours of awkwardness,” DuBois said with a chuckle. “There’s sort of a psychology involved. You think about what people might want to talk about and what topics to steer away from, like politics. I like to keep it nice and friendly.

“If they’re having a bad round I try to give them advice like I give myself when I’m golfing. Just go shot to shot and not try to think about the past. I also like to talk about other topics to get their mind off how bad they are playing.”

As far as summer jobs go, DuBois highly recommend caddying, even if doesn’t land a college scholarship in the bargain.

“I would highly recommend it,” he said. “It’s not too many hours. You learn a lot of things outside of golf. There are a lot of smart and successful people there, especially at The Beloit Club. I have received a lot of advice about college and my career just from caddying. It would be a great summer job for anybody.”