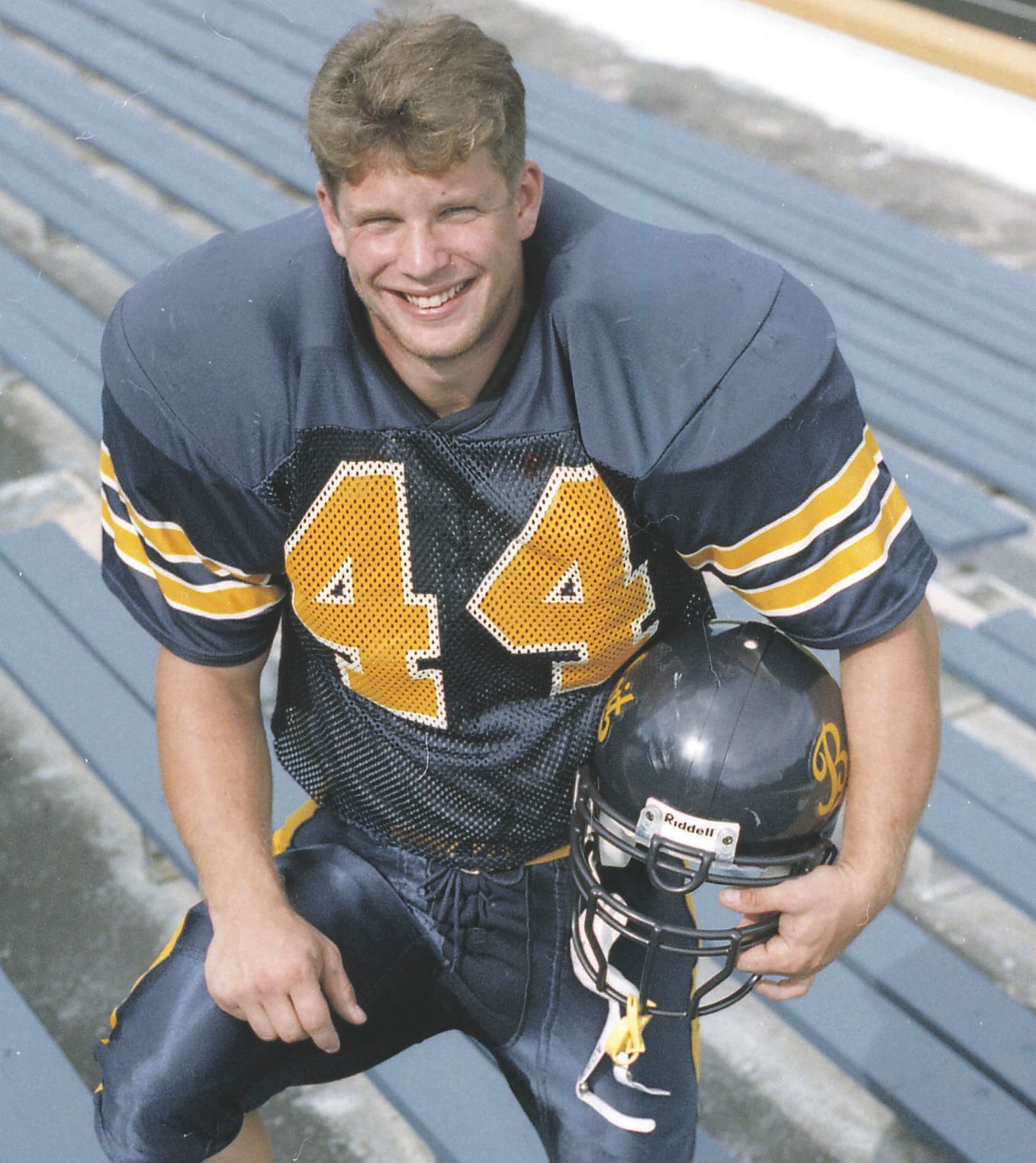 Beloit College’s Steve Dixon had more career yards rushing than anyone in Wisconsin in 1993. 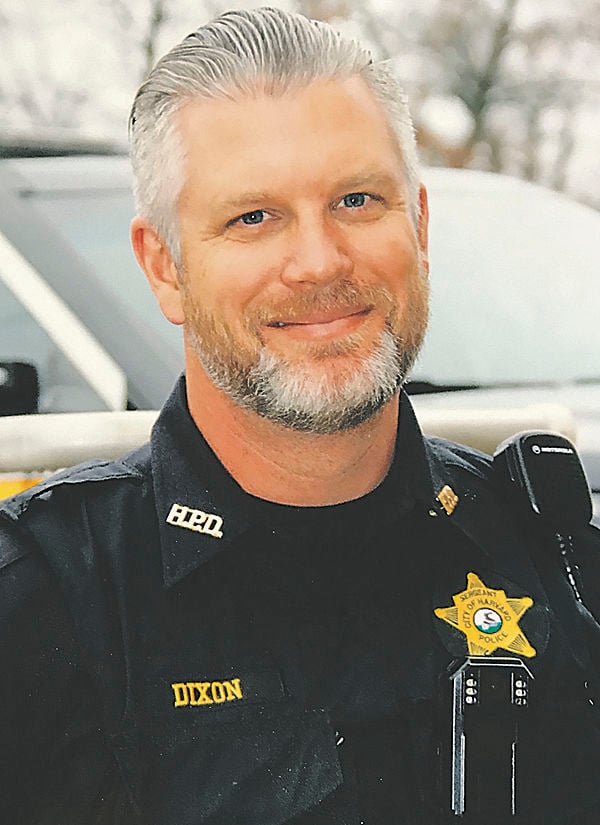 Sergeant Steve Dixon has been a member of the Harvard, Ill., Police for 19 years. 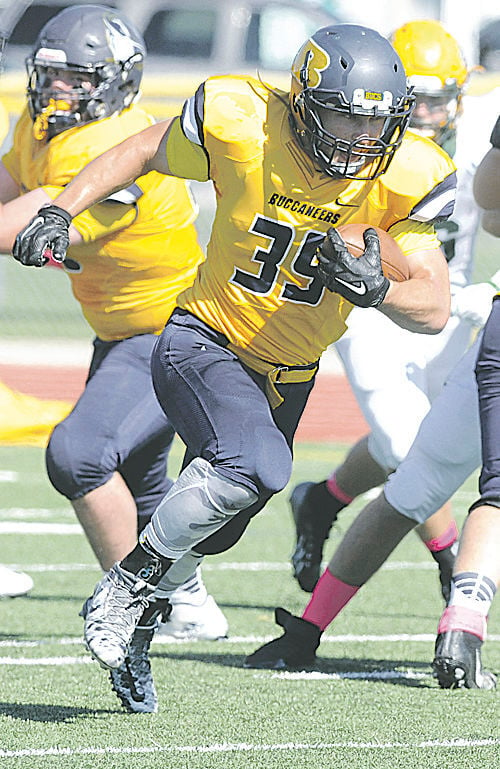 Mason Dixon is ranked No. 2 behind his father on Beloit College's all-time rushing list.

Beloit College’s Steve Dixon had more career yards rushing than anyone in Wisconsin in 1993.

Sergeant Steve Dixon has been a member of the Harvard, Ill., Police for 19 years.

Mason Dixon is ranked No. 2 behind his father on Beloit College's all-time rushing list.

BELOIT—Steve Dixon may wish his son Mason had surpassed his career rushing record of 4,792 yards at Beloit College, but that doesn’t mean he doesn’t have a little fun occasionally rubbing it in that he didn’t.

The most recent occasion was at a bachelor party for Mason in Lake Geneva about two weeks ago.

“Mason had a couple of his offensive linemen from college in his wedding party,” Steve said. “The rushing record is a running joke. I have to remind him who’s No. 1 and who’s No. 2.”

Steve said Mason, a 2017 Beloit graduate, met his wife at the police academy.

That’s another thing the Dixons have in common, along with younger brother Quin. They’re all involved in law enforcement. Quin is a McHenry County Deputy, Mason a Massac County Deputy in southern Illinois and Steve, a sergeant, has been on the force for 19 years in Harvard, Ill.

The Dixons were all standout athletes at Big Foot High School and went on to star for Division III Beloit. Steve and Mason played running back four years there. Quin played defensive end two seasons before transferring to Winona State in Minnesota. They also all joined the Sigma Chi fraternity at Beloit.

“Going to Beloit College was a great experience for all of us,” Steve said.

Steve was the battering ram fullback for the Buccaneers’ Wing-T offense from 1990 through 1993. When he graduated he held or shared 18 school records while twice earning Champion All-America Honorable Mention. No Buc rushed for more yards or scored more touchdowns (45). He led the Bucs to three MWC North Division championships and a 26-13 overall record.

When he was inducted into the Beloit College Hall of Honor in 2005, former head coach Ed DeGeorge said, “In my 28 years of coaching, I’ve never had a player who had more of an impact.”

When he graduated, he was more yards rushing than any Wisconsin collegiate running back in history.

That was before the University of Wisconsin became Running Back U under first Barry Alvarez. Dixon’s total was eclipsed by Ron Dayne (7,215, including 728 in four bowl games), Jonathan Taylor (6,174), Montee Ball (5,140) and Melvin Gordon (4,915). UW-Whitewater became a D-III powerhouse, too, with the likes of Levell Coppage (7,795) and Justin Beaver (6,584). Dixon, now No. 8 on the state list, isn’t even the career rushing leader in the Midwest Conference. That honor belongs to Lawrence’s Brad Olson who rushed for 5,325 yards from 1993-96.

“I met him,” Steve said. “My dad and I went up to a Packer game and we stopped at a game on Saturday in Appleton. I shook his hand afterward and told him good luck. It was a lot like when Scott Reppert stopped in Beloit at one of our games.”

Reppert, also from Lawrence, owned the record in Wisconsin until Dixon bested it in 1994. That was one of the highlights of a bittersweet senior year. The Bucs started 0-5, but rebounded to win three straight division games. They would have reached the MWC playoffs if not for a 28-21 loss in their season finale against Lake Forest.

“That’s one of the games I remember the most,” Steve said. “I think my favorite was a win over Ripon on homecoming when I scored four touchdowns.”

After graduation, Steve began working in the family construction business and married Ann. They had two sons and Steve shifted his career plans over to law enforcement.

“In this day and age law enforcement officers may not be the most highly regarded people out there,what with the bad apples the only ones you are seeing on the news,” Steve said. “Here in Harvard we receive a great deal of support from our community. We have no issues with anyone.”

Playing sports has helped him in his job, he says.

“I’m a team player,” he said. “I was a captain in high school for football and wrestling and a captain in college football. I’m not a know-it-all. I’ll listen to others. Some guys hate it when you question their authority. I’ll try to problem solve as a team.”

Steve says his liberal arts education from Beloit College has also served him well as a police officer.

“I’ve had that discussion with people in the past about going to a liberal arts college and then going into law enforcement,” he said. “I would saw especially in this day and age you must be able to empathize with a variety of people. I think at some point you have an epiphany and you realize that it isn’t you really were taught, but it’s something you absorbed attending a college like Beloit. Going there helped me relate to a lot of different people.”

His only regret with the College is that he never saw Mason overtake him. After an All-State career at Big Foot in which he ran for 4,522 yards and scored 71 rushing TDs, he followed his dad to Beloit and gained 4,511 more yards on the ground.

“When he sprained his ankle at the beginning of his senior year I thought, man, this is going to be a tough one,” Steve said. “He still had a terrific career. That’s been the last time I went to a Beloit game, in 2016. Maybe I’ll be able to make one this spring if they play a season. I’d sure like to get back.”