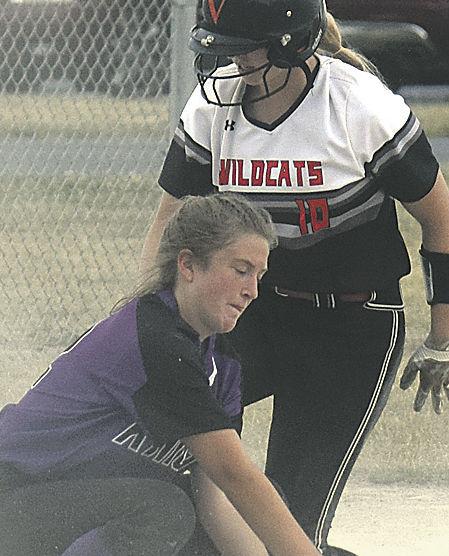 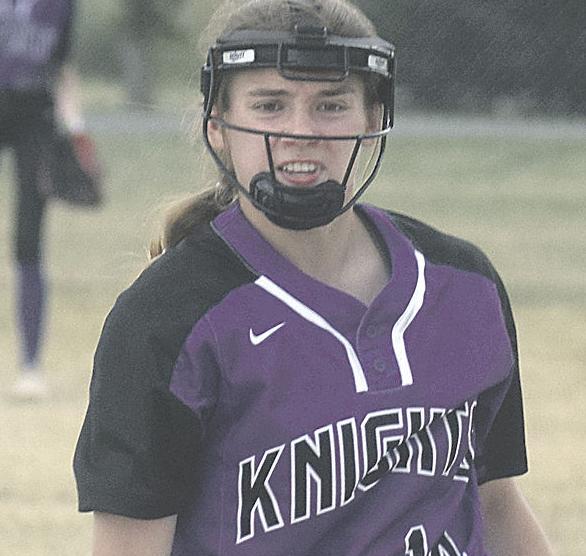 "The last time we faced them, we gave up nine runs," Pozzani said. "I thought Brynn Swanson did a really good job tonight. Their leadoff hitter hit two home runs last game, and tonight she was 0-for-4. We battled really strong today and we came to play. Our bats were a little quiet, and that's been our struggle all year, but we definitely came to play."

The Wildcats scored an unearned run in the second against Swanson, and the Knights fought back with their only run in the bottom of the inning.

Vanessa Gutierrez led off the inning with a double, went to third on a groundout by Allie Gustafson and came around to score on a two-out single my Ariana Brown to tie the game.

The Wildcats took the lead with a run in the third, scored twice more in the sixth and finished the scoring with a run in the seventh. Starting pitcher Alyssa Bostley, a Creighton commit, struck out five Knights.

"The thing we have to do is improve," Pozzani said. "We are young and we didn't have last season. A lot of people forget that. We have girls that are playing varsity ball for the first time, and they are thrown right into the fire with a really tough Big Eight schedule. It's been a lot, mentally and physically. It's wearing on me as an adult, so I can only imagine the toll it's taking on a high school kid. I'm proud of all of them for battling through this. We are making little gains, and it's the right time to be making little gains."

The seeding meeting is scheduled for Wednesday, and Pozzani is optimistic about a favorable draw.

"We should be seeded in the upper half of our bracket," Pozzani said. "That means we should get a home game in the first round. I hope we do well. We are growing freshmen and sophomores, kids that should have been watching our team last year and really learning. I think we're going to be playing our best when it matters the most."

Beloit senior Jaelyn Ryan who led off the seventh inning with a double but ended the game stranded at third, said there's still a lot to hope for.

"We had last season taken away from us, and we had a good chance of going to state," Ryan said. "We got robbed. This year, in the middle of the season we were really sluggish. But lately we've been playing much better. We didn't hit the ball great tonight, but I still have a lot of hope that we can get out there next week and go on a playoff run. But first we need to go out and beat Janesville Craig, because they are one of our rivals, and they are in our bracket, too."

• UP NEXT: The Knights will travel to take on Craig Wednesday afternoon.