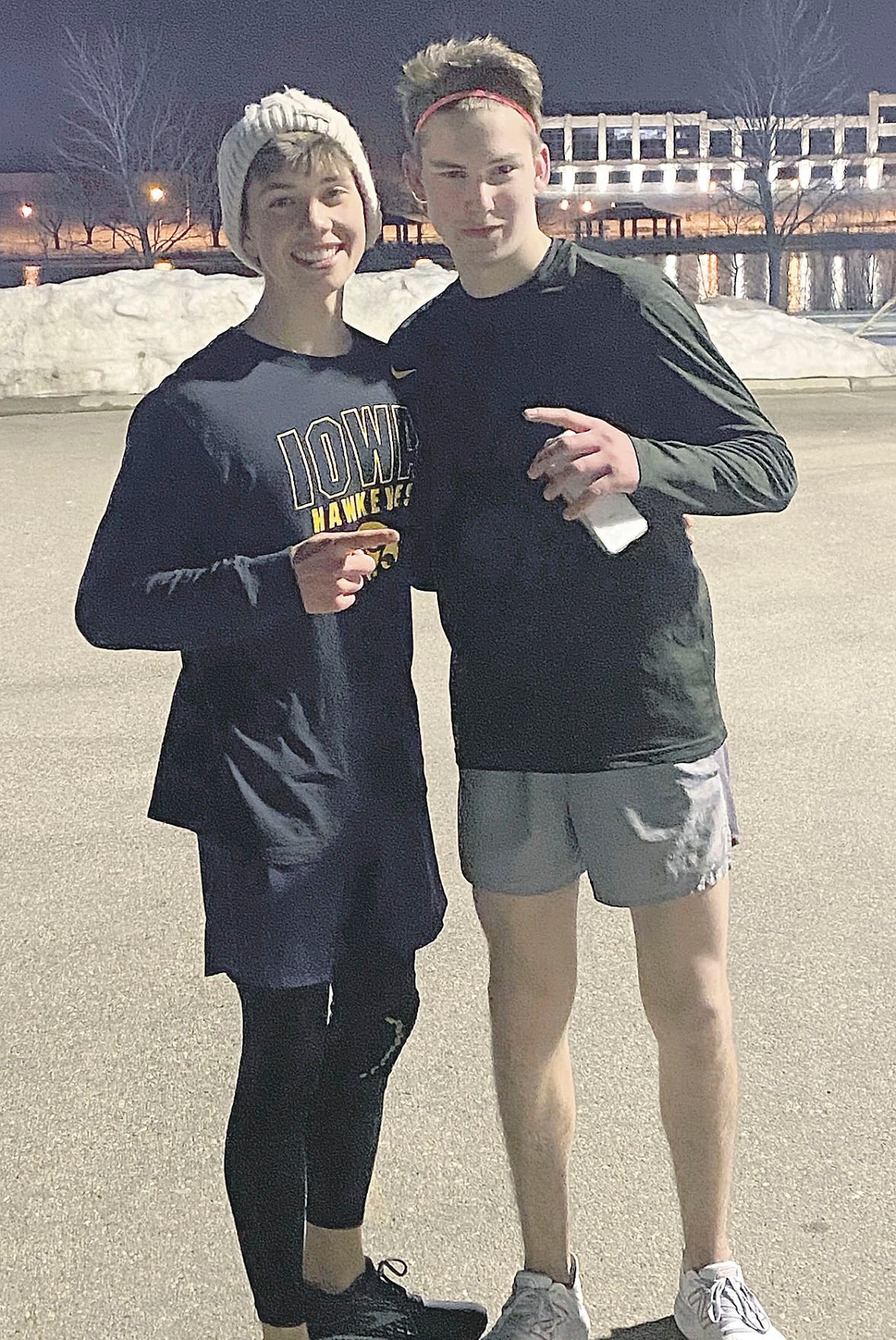 Beloit Memorial juniors Gabriel Wick, left, and Evan James decided a 50-mile run would be a nice way to spend a Saturday. 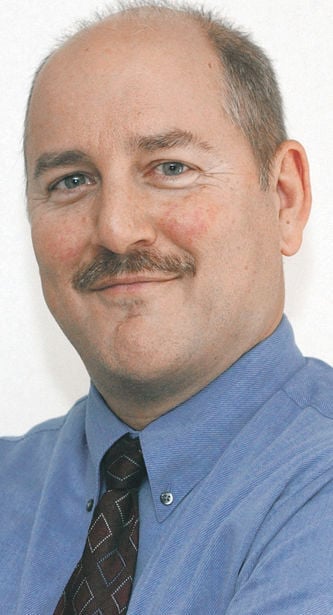 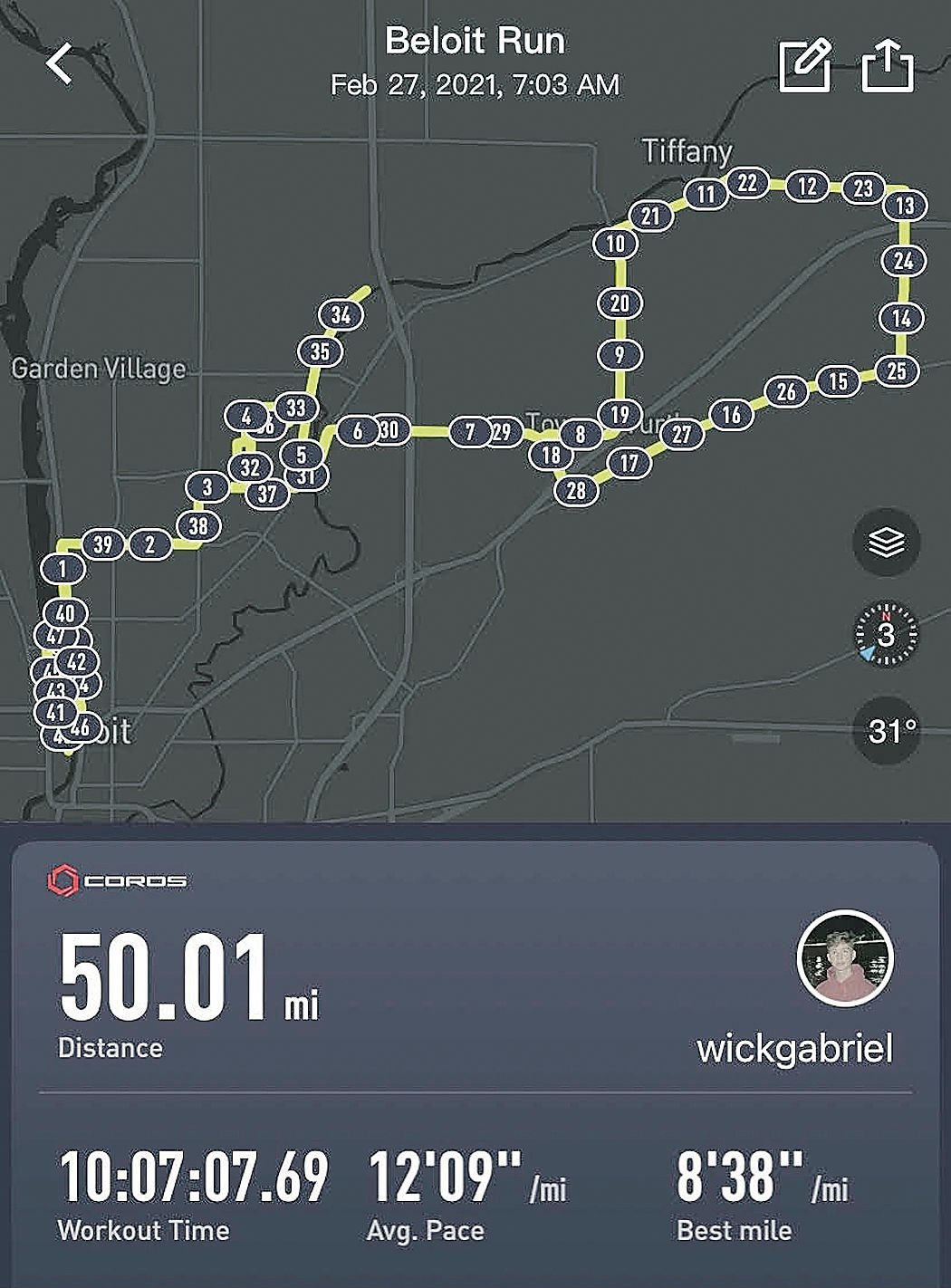 Gabriel Wick kept the data on their run on a runner’s app.

Beloit Memorial juniors Gabriel Wick, left, and Evan James decided a 50-mile run would be a nice way to spend a Saturday.

Gabriel Wick kept the data on their run on a runner’s app.

BELOIT—With usual diversions limited, the pandemic has caused many of us to look for other ways to spend our idle time.

Some of us managed to binge-watch every remotely interesting series on Netflix. Others finally put together that 2,000-piece puzzle of the Eiffel Tower. Some knitted and some simply grew beards.

Gabriel Wick and Ethan James went for a run.

The Beloit Memorial High School juniors set out from the high school at 7 a.m. on Saturday with a specific journey in mind. They returned to the school at 6:30 p.m., having completed a 50-mile ultra-marathon from Beloit to Clinton and back with several loops thrown in.

“This was a goal I had lurking in the back of my mind and I just messaged Evan and said, ‘You want to get this thing done?” Gabriel said. “Right away he was up for it.”

Turns out Evan was also looking for the ultimate challenge.

“I really wanted to see how far I could push myself mentally and physically,” Evan said. “When Gabe texted me and said “Wanna run 50 miles?’ I knew he meant in a day and I was up for it.”

That was about two months ago.

“That’s a lot less time than normal to prepare, but being young we felt we could jump the gun,” Gabriel said.

They weren’t exactly novices. Both had competed in marathons. But this was an ultra-marathon.

Gabriel admits he was influenced by a book, “Can’t Hurt Me: Master Your Mind and Defy the Odds” written by marathonist and author David Goggins.

“It really changed my perspective about the struggles we face and working through them,” Gabriel said.

The buddies began training in earnest.

“We got in a lot of runs together, whether it was outside or, when there was too much snow, on a treadmill inside hours on end,” Gabriel said. “Our longest training run was 32 miles and we did that all indoors. By late February, Ethan said, let’s do this the day before my birthday. So we set the date for Feb. 27. We were very fortunate to have really nice weather.”

A week before the launch, they drove around, mapping out their course.

“We started out at the high school and headed toward Clinton, running on the side of country roads,” Gabriel said. “We found a loop we could go around a couple of times. Then we’d come back through his neighborhood and finish up running a 10-mile loop on sidewalks around the high school. We were hoping to finish before the sun set. We finished when it was dark. In total, it took us about 10 hours to complete. That was close to the goal.

Evan’s mother served as the duo’s support staff, driving out to the runners and provide hydration and snacks.

“I started in sweatpants, a windbreaker and a jacket over the top of that,” Evan said. “It was about 30 degrees when we started. Towards mid-day it got up to around 45 so I got down to shorts and a long-sleeved T-shirt. Fortunately my mom kept coming out with supplies and gear.”

The main support came from each other.

“There were a couple of moments when we thought about stopping, but that was the thing about having two of us,” Evan said. “We were always pushing each other. I don’t think I could have done it without him and I think he would agree.”

They had a few rough moments. While the pavement was mainly dry, they hit some patchy ice.

“The ice had been melting for about three days so much of it was gone on the sidewalks,” Gabriel said. “But there was a stretch when we were leaving Beloit and going on the country roads where Evan slipped and fell. He got up right away. A guy in a truck stopped and said, ‘I’d give that a 10 out of 10.’”

“My left knee started hurting a bit,” Evan said. ‘We had to take a couple of walking breaks, but then we were able to grind it through to the finish line.”

“That just made it a little more emotional at the end, I would say,” Gabriel said. “As for me, I held up surprisingly well. I was hurting a little at the finish, but that’s to be expected. Running outdoors keeps you a lot more fresh because you’re breathing in that air, plus you have all that scenery. I think it gives you more drive.”

His running watch stored all the data from the journey. Evan also used his phone to post updates every five miles or so.

“I posted on social media to show people where we were,” Evan said. “I read all the messages the next day and I was really overwhelmed by all the support.”

They were both proud of each other for accomplishing the task.

“A lot of preparation went into it and I think 99 percent of it is just in your brain seeing if you can continue to go,” Evan said.

Surprisingly, neither slept that much Saturday night.

“The next night, though, I think I was out for 13 hours. My body really needed it,” Gabriel said.

The mission was accomplished.

“As far as ultra-endurance events go, I think that this one proved to both of us just how capable we truly are when investing our whole minds into a goal,” Gabriel said. “The mission, in my view, was to set a higher standard of performance in whatever we set out to do with our lives. Whether it’s the long hours of studying, exercising, or just giving back to your community by living a generous and mindful life, the event served to harden our mentalities and enforce the mantra of ‘Going one more’ in whatever you do.”

Next up for both is fall sports at Beloit Memorial starting on Monday. Evan will play soccer while Gabriel plans on running cross country for the first time.

They are likely to reunite in late April on the track team. Running a mile or two is never going to feel so short.