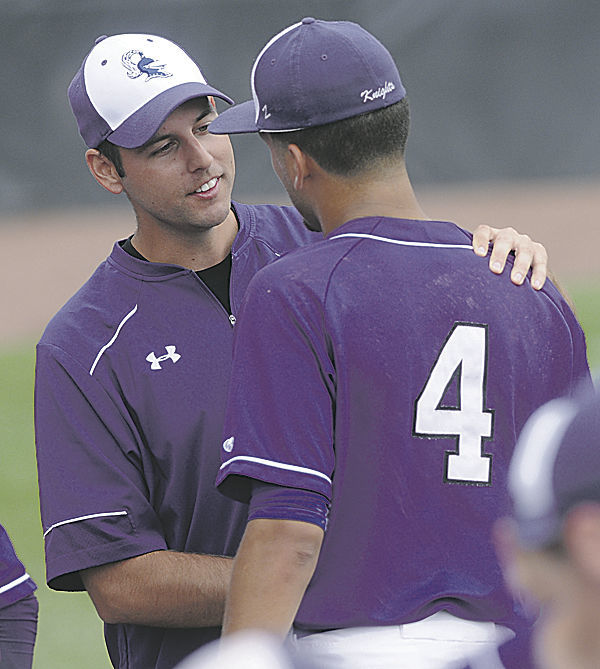 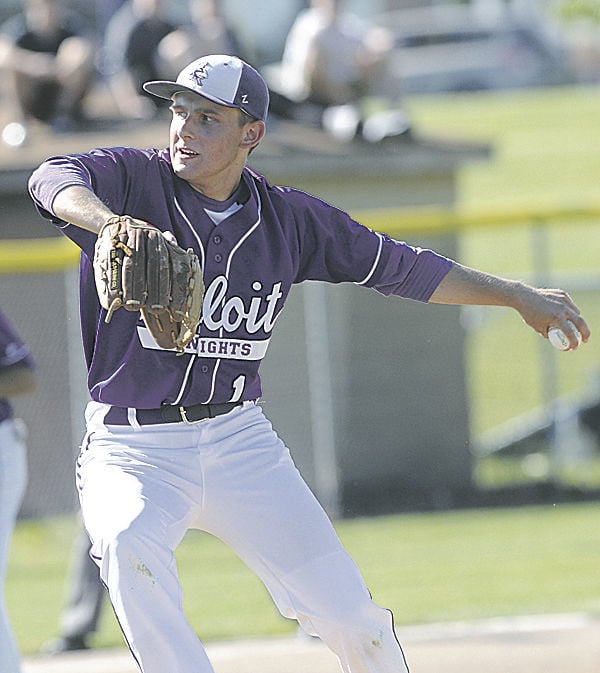 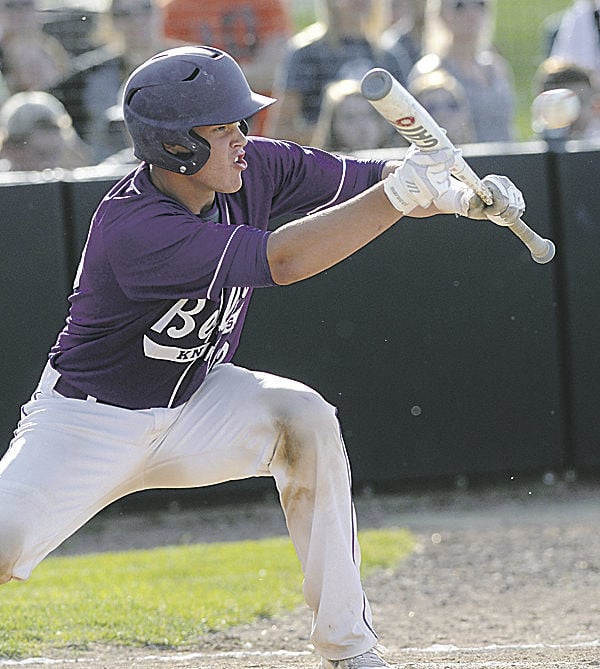 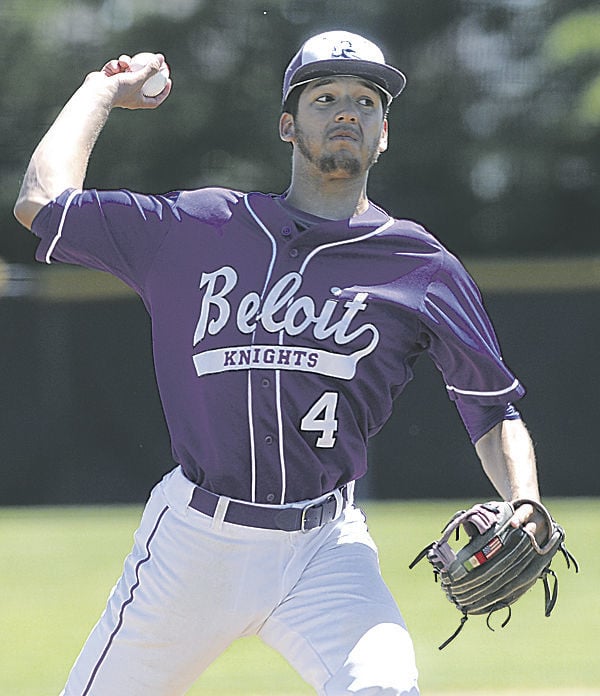 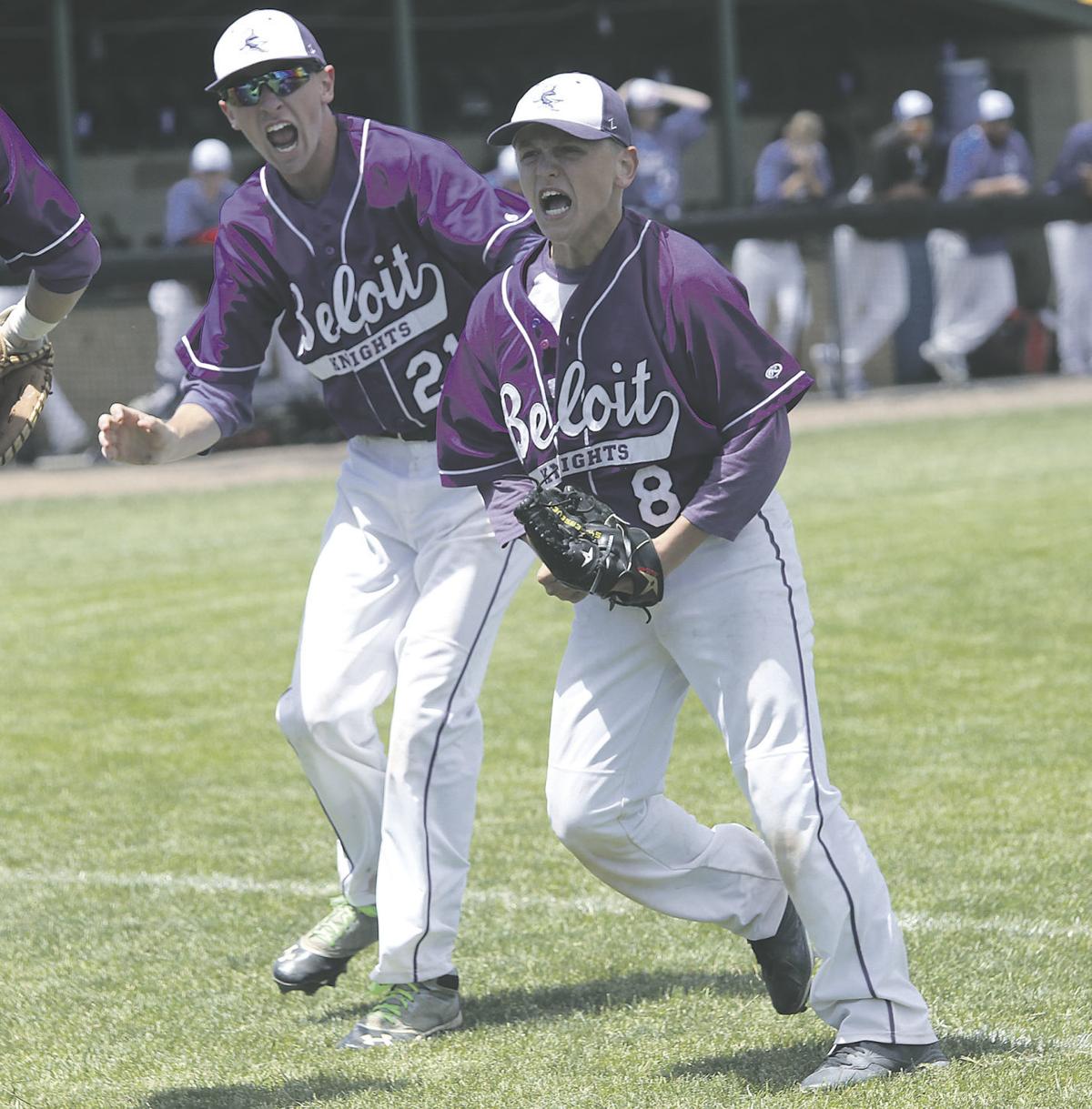 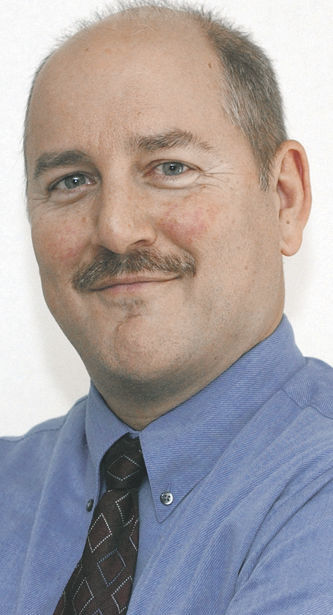 For Beloit baseball fans,June 6, 2017 was Christmas and the Fourth of July. all wrapped into one.

Turner and Beloit Memorial baseball fans both celebrated on that day as the Trojans and Purple Knights both punched their tickets to their respective WIAA state baseball tournaments by winning sectional championships in Evansville and Verona.

The Trojans’ memorable day was the focus of an article last week. Today, it’s the Knights’ turn at bat.

Heading to the WIAA Division 1 Verona Sectional, Beloit Memorial’s 16-10 baseball team certainly could count on at least one thing. They weren’t taking anything for granted.

The Knights were facing third-ranked and top-seeded Janesville Craig, their time-honored rival, in the sectional semifinal.

“Janesville Craig was probably one of the most hyped teams around,” said Beloit’s Ryan Schmitz, who was in his fourth season as head coach. “They had seven or eight Division 1 recruits. It was a great team.”

He didn’t have to remind his players.

“Going into that game we were thinking, man, we got 10-runned by Craig twice,” said Corbin Ovist, who started at shortstop as a sophomore. “Their lineup was practically all D-1 recruits. What are we going to do to change that outcome?”

Turns out, the Knights were a lot better than what they showed in their earlier meetings.

“They hadn’t seen Miggy (Miguel Betancourt) pitch and he was our ace,” Ovist said. “That was a big factor. He didn’t throw that well in the regional, but he always bounced back and wanted the ball that next start. He threw very well against Craig.”

“Waking up that morning, I was kind of preparing myself for it to be my last day of high school baseball,” said Drew Freitag, a senior first baseman. “I hoped it wasn’t. But I was prepared for the worst, but then we found out we were going to face the same pitcher for a third time. We actually hit him well in the earlier games, but had a lot of hard outs. I think that gave us some confidence.”

The Knights gave Betancourt a 1-0 lead in the second inning. Ovist was hit by a pitch, took third on a double by Trent Porter and scored on Tyreese Crosby’s squeeze bunt.

While his defense, particularly in the outfield, gave him a big lift, Betancourt did drop a pop-up in the fourth inning. Catcher Steven Makinen threw that runner out trying to steal second.

Beloit increased its lead to 3-0 in the top of the fourth. Avery Lewis, Ovist and Porter hit consecutive singles to produce a run and an error allowed Ovist to score to make it 3-0.

Craig chased Betancourt in the fifth, scoring a run and loading the bases. Ovist came on and allowed asacrifice fly to make it 3-2, but got Big Eight Player of the Year Jacob Campbell to fly out to left.

Ovist had a pair of strikeouts and Porter a diving catch in the sixth. Craig put two on in the seventh, but Evan Spry’s blast to right was caught by Porter to start the celebration.

After such an emotional victory, there’s always a risk of coming up empty in the final. But the Knights had time to recharge as they waited for Verona to blank Elkhorn, 1-0.

“Our emotions were through the roof,” said Ovist, who played for Rock Valley College this spring. “We had just beat one of the best teams in the state and we were so confident heading into the Verona game. We really had to remember to be humble. We still had a whole game to play. So we approached it the same way and just stayed energized.”

Both teams had early opportunities, but Beloit starter Freitag and Verona’s Brad Laufenberg kept it a scoreless tie through three innings.

The Wildcats scored their lone run in the fourth, but Beloit had an answer in the sixth inning. Betancourt led off with a walk and Freitag beat out a bunt. Makinen advanced the runners with a sac bunt. Verona summoned reliever Reagan Klawitter to face Avery Lewis, who knocked in the tying run with a groundout. Ovist followed with an RBI single for a 2-1 lead.

“In my opinion Corbin was the MVP of that sectional,” said Freitag, who currently plays for Beloit College, along with Porter. “That was a big hit. At that point I think everything turned and I felt we knew we could win that game.”

Schmitz had Ovist pitch the sixth and he allowed an infield single by Tyler McClure. He stole second and tagged up and moved to third on a flyout. When Tristan Largent squared to bunt at the plate, Ovist elevated a pitch and the batter missed it.

McClure had ventured too far off third and was caught in a rundown. Heading back to third, he put his hands up in the air, a clear interference violation according to Schmitz. The throw toward third ended up in left and McClure raced home. The run wasn’t on the scoreboard long. The umpires conferred and McClure was ruled out for interference.

“Makinen was standing there listening to the umpires and he came out to the mound and told me, ‘They’re calling him out,’” Ovist said. “That was huge.”

Ovist then ended the inning with a strikeout, He allowed a two-out single in the seventh, but a flyout to Porter in right ended the game.

“I don’t know if we were the best team in that sectional tournament, but we played the best and that’s all you have to do,” Schmitz said. “We had a team that really bonded. They were similar to the Beloit College teams I played on. They didn’t care who got the bit hit or whatever. It really showed that day. I think everybody brought something to those two games, even if they didn’t play.”

“I’ve never been on another team like that where everyone knew their role,” Ovist said. “We just kept getting better and better and we were always there for each other.”

It paid off with a sectional crown.

“It was a great day for Beloit Memorial,” Schmitz said. “I think it brought a lot of pride back to the school. I’m pretty proud of that. I’m proud of those players. It was a special team.”

Just like the Trojans, the Knights were denied the ultimate prize at state, losing a 2-1 heartbreaker to another Big Eight power, Sun Prairie. It was the final game Schmitz coached in Beloit. Afterward, he told his team he was taking a teaching position in Sheboygan.

But he and the Knights will never forget that amazing day they shared in Verona.

“The feeling was very similar,” Schmitz said. “I don’t think I was nervous at all as a player. I think you get nervous as a coach because you can’t control everything. The adrenaline is going. You hope the team is prepared as possible. All of us coaches from that team, I think we talk about that day once a month now. Some people still can’t believe that happened.”