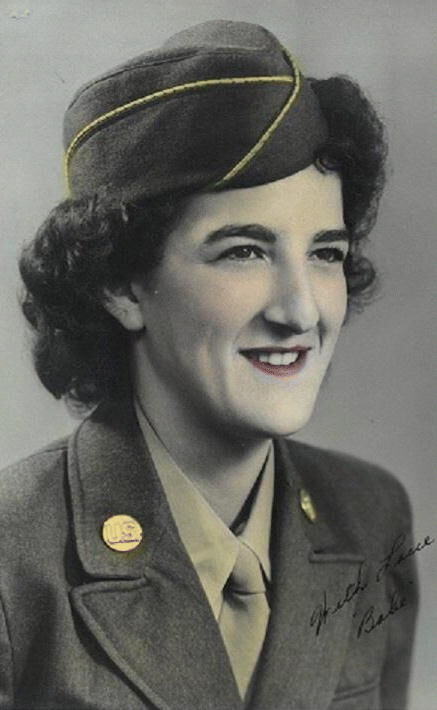 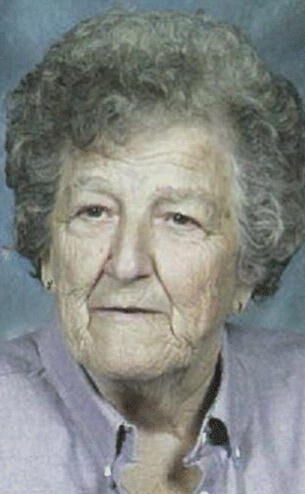 Beloit, WI - Theresa Margaret (Smith) Stordock Link, 96 years young, of Beloit, WI., passed away at Autumn Lake Health Care Center of Beloit, on May 20, 2021. After a long and full-filling life.

Theresa was born in Sioux City, IA., May 26, 1924 is the daughter of George E. Smith and Theresa M. (Sedlatzeck) Smith. Being the fourth child of six, at one time she was thought to be the baby hence her Father nicknamed her "Babe", which stayed with her. She grew up in Rockton, IL., graduating from Hononegah High School in 1942.

In 1944 she entered the Military and was off to the 420th Army Air Force Base Unit, Camp Beale, CA. Babe married Amos N. Stordock on July 23, 1945 in Beloit, WI. Over the years she worked at Warner Brake, the Telephone Co. and the Beloit Corp. She was a member of the American Legion West Field Post #48, also enjoyed baseball games, bowling, sewing and crocheting. She was an avid animal lover. She rescued and rehomed many over the years and was never without her beloved pets of dogs, cats and birds.

In their later years Babe and Amos celebrated the adoption of two children, Gary and later Katherine, and 22 years of marriage, Amos then predeceased her on July 30, 1967.

Babe then met James H. Link and married November 26, 1969. Over the years she enjoyed making, then teaching ceramics. This turned into making and teaching how to make porcelain dolls, including the clothing. Her homebased business was Babe's Porcelain Dolls. She had become a member of the Doll Artisan Guild, and won many awards. After 43 years of marriage, Jim too predeceased her on January 22, 2013.

Memorials can be made out to the Humane Society of Southern Wisconsin, in her name.

A Funeral Service for Theresa will be held at 11:00 a.m. on Friday, May 28, 2021 in the Daley Murphy Wisch & Associates Funeral Home and Crematorium, 2355 Cranston Rd., Beloit, WI. Burial will be in East Lawn Cemetery. Visitation of Remembrance will be from 10:00 a.m. until the time of service Friday in the funeral home. Social distancing and face mask are required.

Online condolences may be sent to the family at www.daleymurphywisch.com

To plant a tree in memory of Theresa Link as a living tribute, please visit Tribute Store.