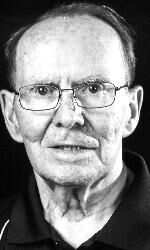 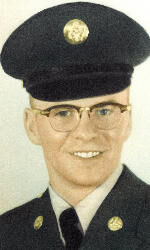 Beloit, WI -- Russell Lee Mortimer, 85, of Beloit, WI, died on Saturday, September 19, 2020 in Willowick Assisted Living, Beloit, WI. He was born on February 25, 1935 in Woodland Township, WI, the son of Lee and Eva (Gibeaut) Mortimer. Russell was a 1952 graduate of Hillsboro High School, Hillsboro, WI. He was a veteran serving with the U.S. Army from 1958 until 1962. Russell married Ruth Krueger on October 7, 1961 in Loganville, WI. Russell was employed by Burnham Ford, Bryden Motors, and Top Die Casting as a mechanic. He enjoyed deer and turkey hunting, racing, dancing, traveling, playing cards and other games. Russell enjoyed holidays with his family and was an avid Green Bay Packer and Wisconsin Badger fan.

Private family services were held in the Daley Murphy Wisch & Associates Funeral Home and Crematorium, 2355 Cranston Road, Beloit, WI. Entombment was in Floral Lawn Cemetery with military honors accorded by the V.F.W. Mead Allen Post #2306. Memorials in his name may be given to Heartland Hospice or the Parkinson's Foundation. Online condolences may be sent to the family at www.daleymurphywisch.com

The family would like to give a special thank you to Heartland Hospice, the staff at Willowick Assisted Living, Pastor Steven Erkel, Pastor Carol Taylor, and Russell's friends and family who cared for him throughout the years.

To plant a tree in memory of Russell Mortimer as a living tribute, please visit Tribute Store.