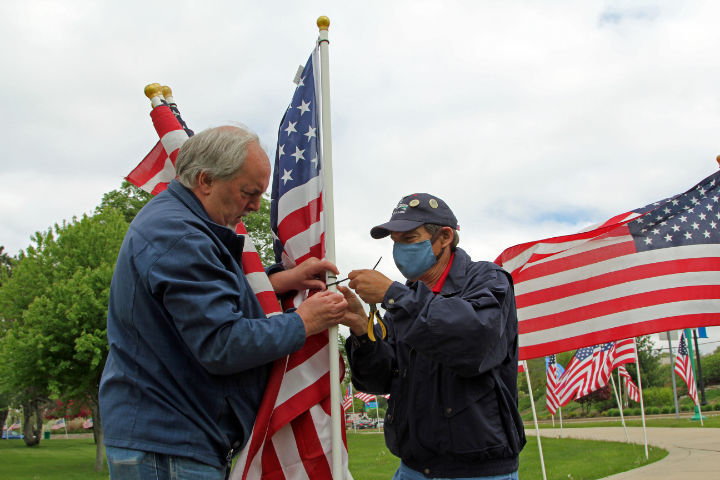 VetsRoll co-founder Mark Finnegan and VetsRoll board member Dan Schreiber secure an American flag among the over-200 flags that were placed by volunteers in Riverside Park. 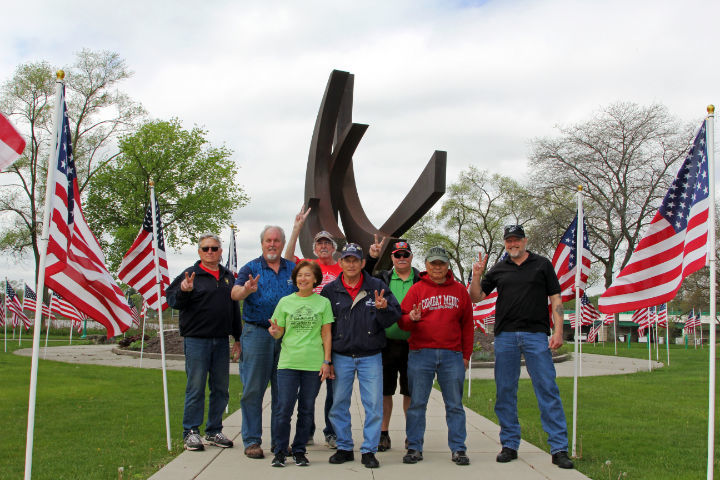 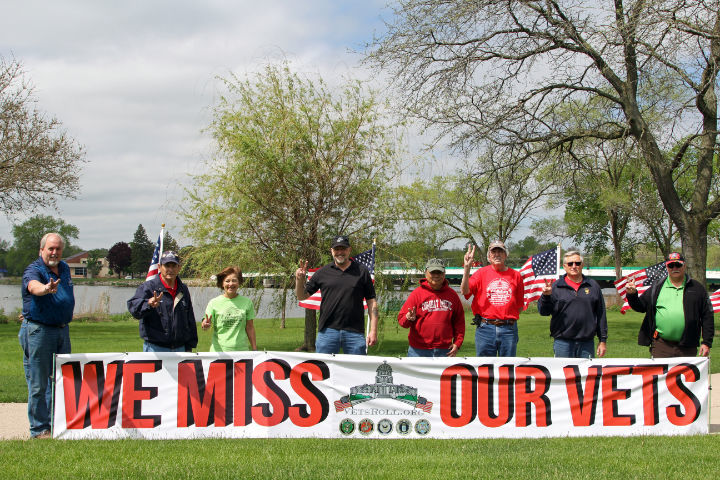 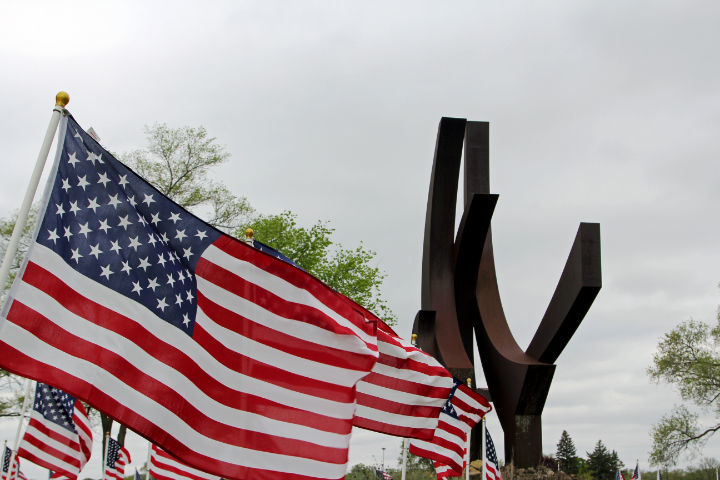 VetsRoll volunteers placed over 200 flags around Riverside Park in Beloit honoring the 2020 class of veterans that were unable to make the annual trip out to Washington, D.C. to visit varirous military memorial sites.

VetsRoll co-founder Mark Finnegan and VetsRoll board member Dan Schreiber secure an American flag among the over-200 flags that were placed by volunteers in Riverside Park.

VetsRoll volunteers placed over 200 flags around Riverside Park in Beloit honoring the 2020 class of veterans that were unable to make the annual trip out to Washington, D.C. to visit varirous military memorial sites.

SOUTH BELOIT — A decade later, VetsRoll co-founder Mark Finnegan says he’s still in awe of the experiences his organization is able to offer military veterans as they make the trip of a lifetime to visit war memorials in the nation’s capital.

Finnegan founded VetsRoll in February of 2010 with brother John Finnegan as a way to honor their father, World War II Navy veteran Cy Finnegan, after his passing.

“In May of 2004, there was a military officer’s burial at Arlington Cemetery,” Finnegan said. “We saw the pageantry of an officer’s funeral and it got us thinking that we needed to memorialize our father and the rest of our family.”

After assisting on a fundraiser for a family featured on ABC TV’s “Extreme Home Makeover” in 2009, Finnegan said he knew he could build the infrastructure needed to launch his dream of honoring veterans.

“That was in the middle of the Great Recession and that told us that even though times were tough, if the cause is right, people will still support us,” Finnegan said.

In 2010, the Finnegan brothers raised enough money to take more than 125 veterans and a small horde of caregivers on a four-day trip to Washington, D.C.

“We saw the success of things like the Honor Flight program and we got to thinking about how we could build an experience for our veterans that’s more than a quick trip,” Finnegan said. “I figured after they threw us a big welcome home bash that I would go back to selling RVs, but my life was forever changed and the phone’s never stopped ringing.”

Fast forward to today and VetsRoll has provided the trip of a lifetime to nearly 2,000 veterans and women known affectionately as “Rosie the Riveters” to honor their work and sacrifices from World War II, the Korean War and onward.

“What keeps me going is the reaction of the veterans,” Finnegan said. “Some were never thanked for their service and some come up to you full of tears in their eyes. It’s all about the fulfillment and the closure. Each year is unique and everyone has a different experience. It’s hard to describe.”

Another special aspect of the trip is the heroes welcome they receive along the way, getting police and first responder escorts in various states and a final tribute motorcycle ride into Beloit at the Eclipse Center.

Due to COVID-19, VetsRoll was postponed this year, with the 2020 trip having over 200 veterans who had planned to make the special pilgrimage. Finnegan said the organization will honor all 2020 participants that are able to travel for the 2021 journey.

To honor the 2020 veterans scheduled to go on the trip, Finnegan and a number of VetsRoll volunteers placed over 200 American flags in Riverside Park.

“We hope this all gets back to normal and we can continue towards yet another year and we just know what the future is going to bring us,” Finnegan said. “The support has been overwhelming.”

The current eligibility age for veterans ranges from 1966 or earlier, with a waiting list from those between the years of 1967 and later.

“It’s a great feeling knowing they are getting a trip of a lifetime,” Finnegan said.