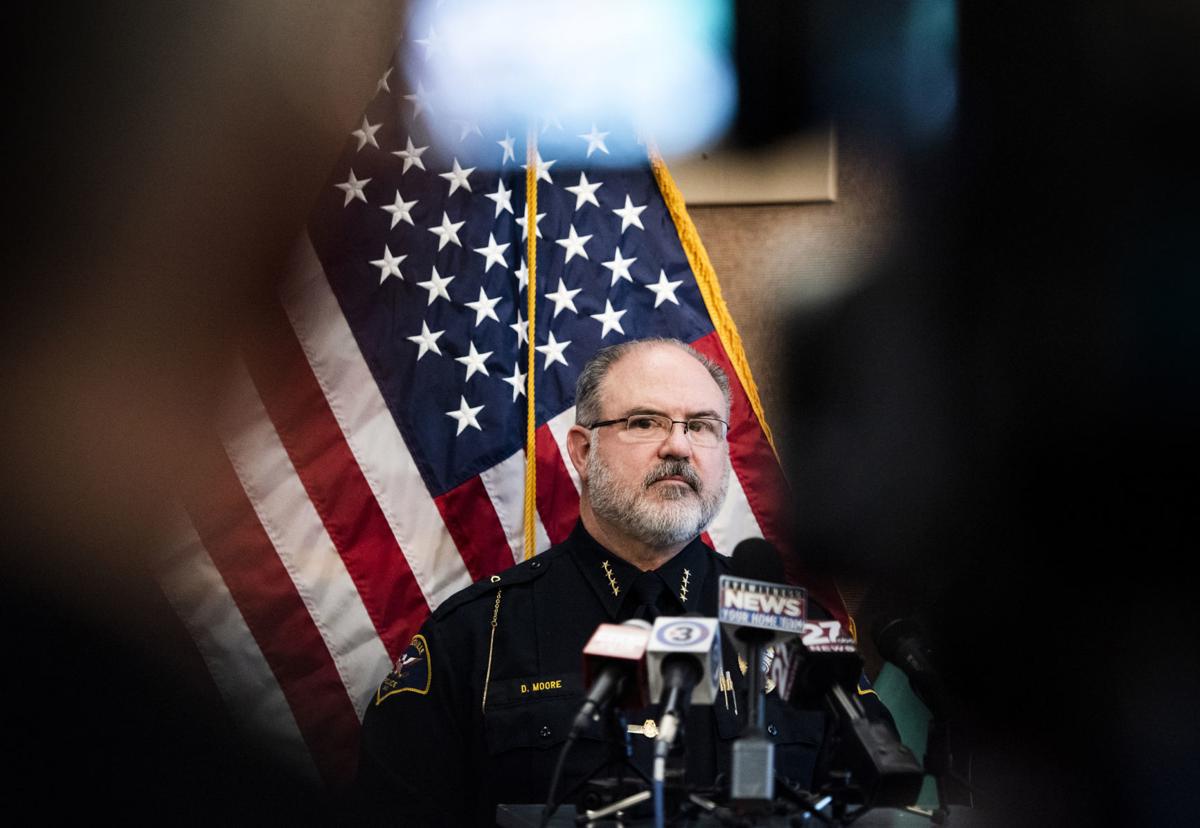 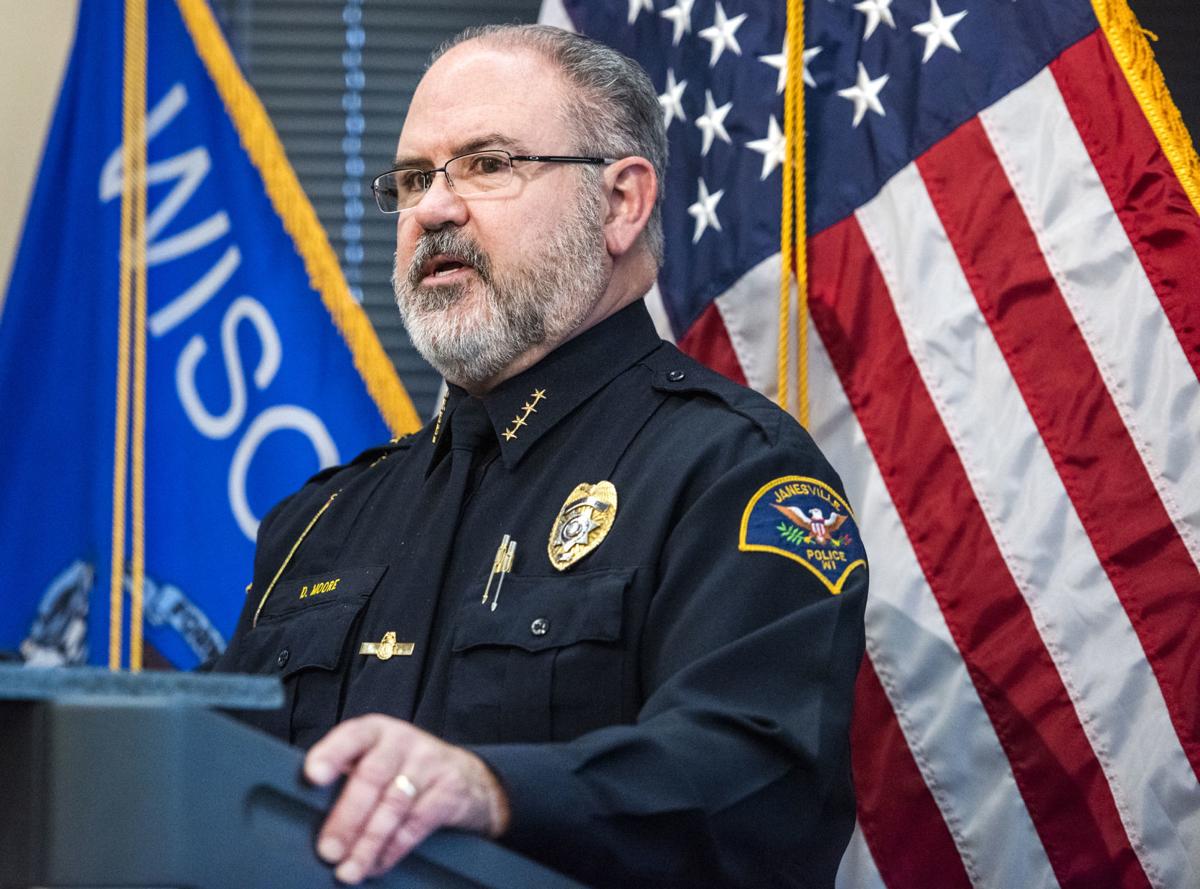 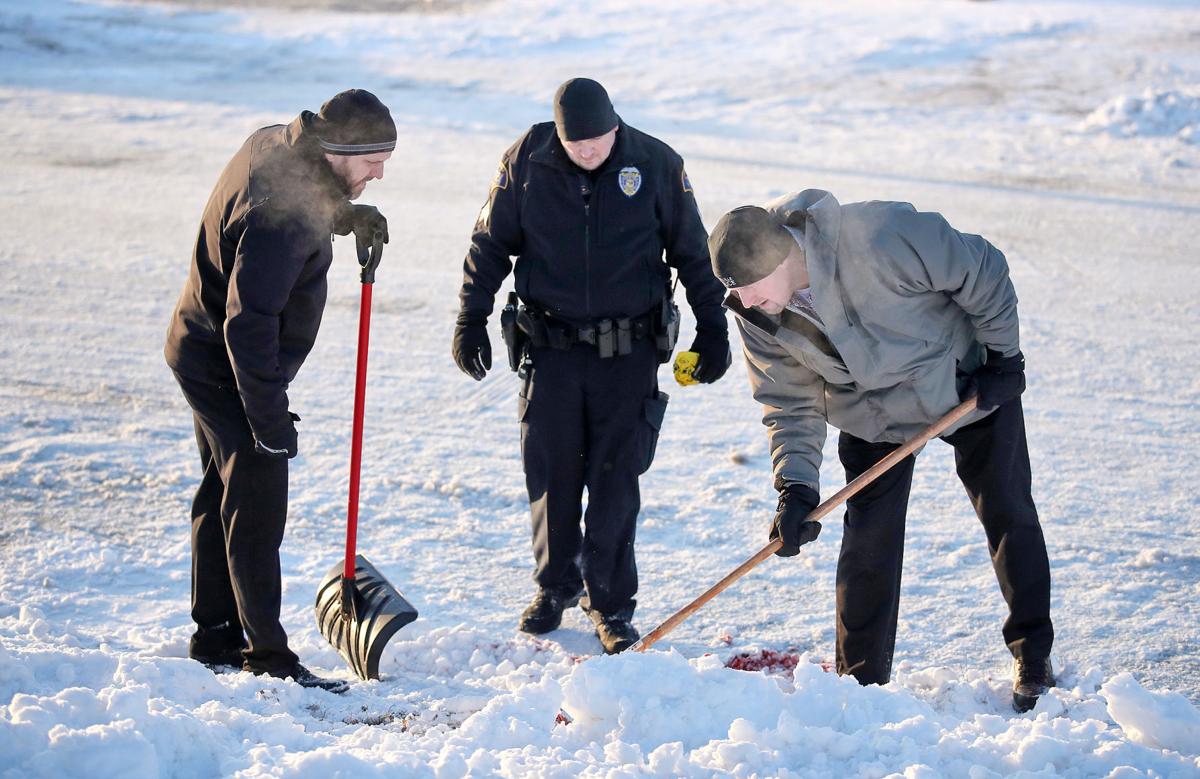 Janesville police use a shovel and rake to investigate the scene where two women were shot and killed near Midvale and Deerfield drives early Monday morning. 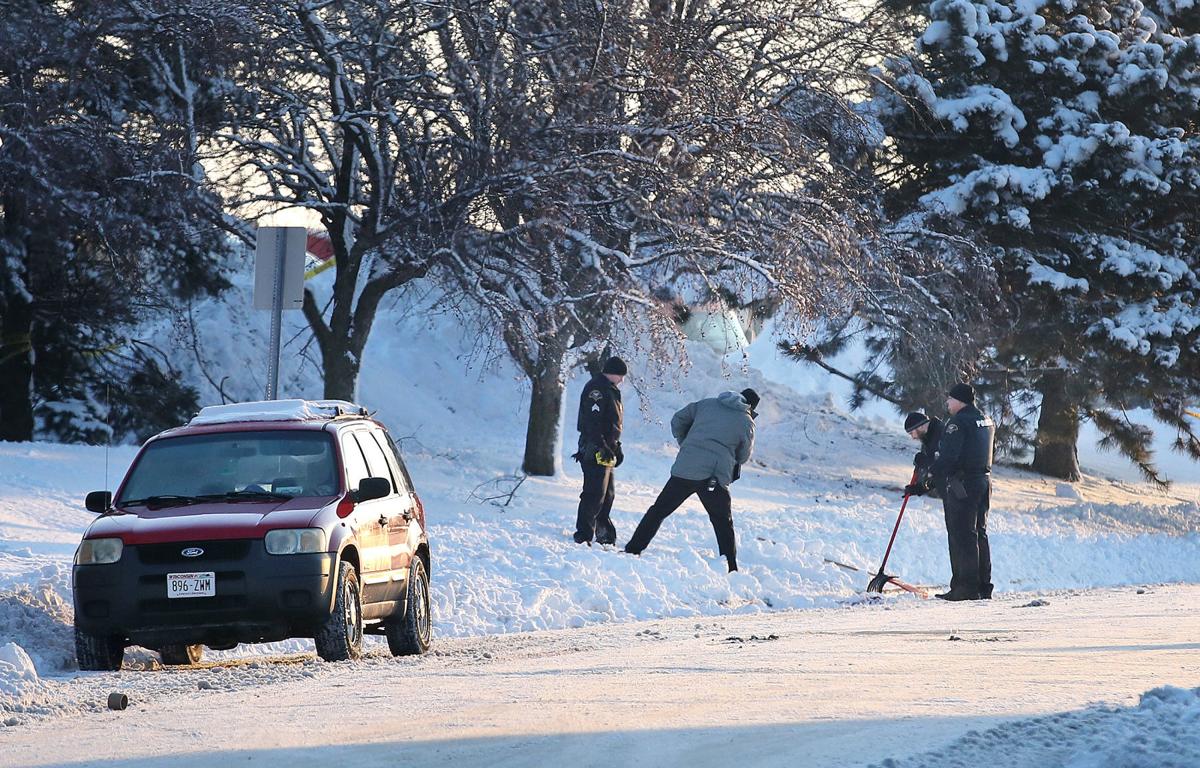 Janesville police investigate the scene where two women were shot and killed near Midvale and Deerfield drives early Monday morning.

Janesville police use a shovel and rake to investigate the scene where two women were shot and killed near Midvale and Deerfield drives early Monday morning.

Janesville police investigate the scene where two women were shot and killed near Midvale and Deerfield drives early Monday morning.

The victims, identified by the Rock County Medical Examiner's Office as Brittany N. McAdory, 27, and Seairaha J. Winchester, 30,  both from Janesville, were together at about 2 a.m. at the TA Express Janesville Travel Plaza, 3222 Humes Road/Highway 14, Moore said at a press conference Monday afternoon.

The vehicle the women were in belonged to one of them. It was found at 4:30 a.m. along Interstate 90 in Hoffman Estates, Illinois, Moore said.

The women, who were friends, were in the vehicle and inside the building for 10 to 15 minutes, Moore said.

Police found them shot and on the ground on nearby Midvale Drive around 3:20 a.m.

“This was a particularly violent scene,” Moore said.

Moore said he did not know if the person or persons who shot the women posed any threat to the community. He said people always should be aware of their surroundings and report suspicious activity.

Early Monday morning, Lt. Todd Kleisner said the public was not in danger.

“This was a targeted thing,” Kleisner said.

The truck stop/convenience store is just around the corner from the scene of the deaths in the 3200 block of Midvale Drive, where police were seen digging in the snow and knocking on doors shortly after 7 a.m. Monday.

“Our thoughts and prayers go out to the affected families. I am confident we will solve this crime,” Moore said. “Our promise to these families is that we will do all that we can to bring the suspect or suspects to justice so our families can begin their healing process.”

Janesville police responded to a 911 call at 3:17 a.m. to a report of two people on the ground in the area of Midvale and Deerfield drives.

The women were still alive, Moore said. Police believe the shootings took place close to the time a resident called 911.

Because of the drive time—about one hour and 12 minutes—police believe the vehicle left the scene and headed to Hoffman Estates almost immediately after the shootings, Moore said.

The vehicle, which was returned to Janesville shortly before the 5 p.m. press conference, was being processed as a crime scene, Moore said.

Moore would not describe the vehicle so as to preserve the anonymity of the victims until family members are notified.

Moore also would not describe the weapon or weapons used in the assaults or whether the women sustained injuries other than gunshot wounds. As of the time of the 5 p.m. news conference, Moore was not aware any weapon had been recovered.

“Some of these facts we need to hold back because as we speak to witnesses and as we speak to suspects, we want to ensure the integrity of the investigation and the accuracy of the information,” Moore said.

“I can tell you that both victims did die from gunshot wounds,” Moore said.

Shell casings were found at the scene of the incident on Midvale Drive early this morning, authorities said earlier in the day.

Moore did not say the shooter or shooters were believed to be in Illinois, but he said he anticipated police would continue to work with their counterparts in Illinois.

Asked if drugs or alcohol played a role in the deaths, Moore said, “We may be able to release more of that later.”

Moore said autopsies were scheduled Monday and today. At least 20 officers were assigned to the investigation, he said.

Moore could not recall a multiple homicide in recent decades but had a memory of one in the late 1960s or early 1970s, which he said might have been a murder/suicide.

A triple murder occurred in a mobile home park just south of the city limits in January 2007, when a mother and her two children were killed.