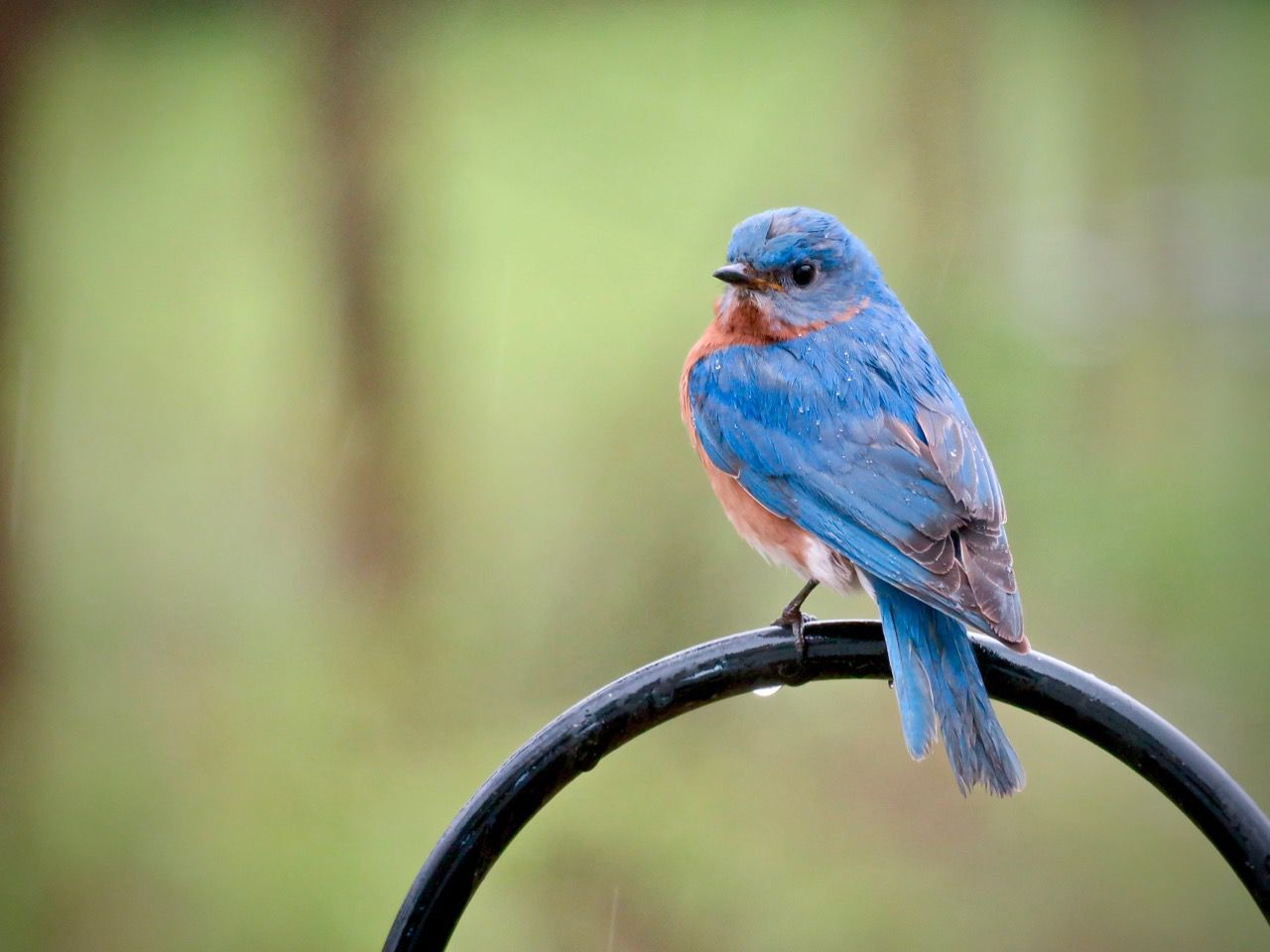 An adult bluebird is shown on watch. 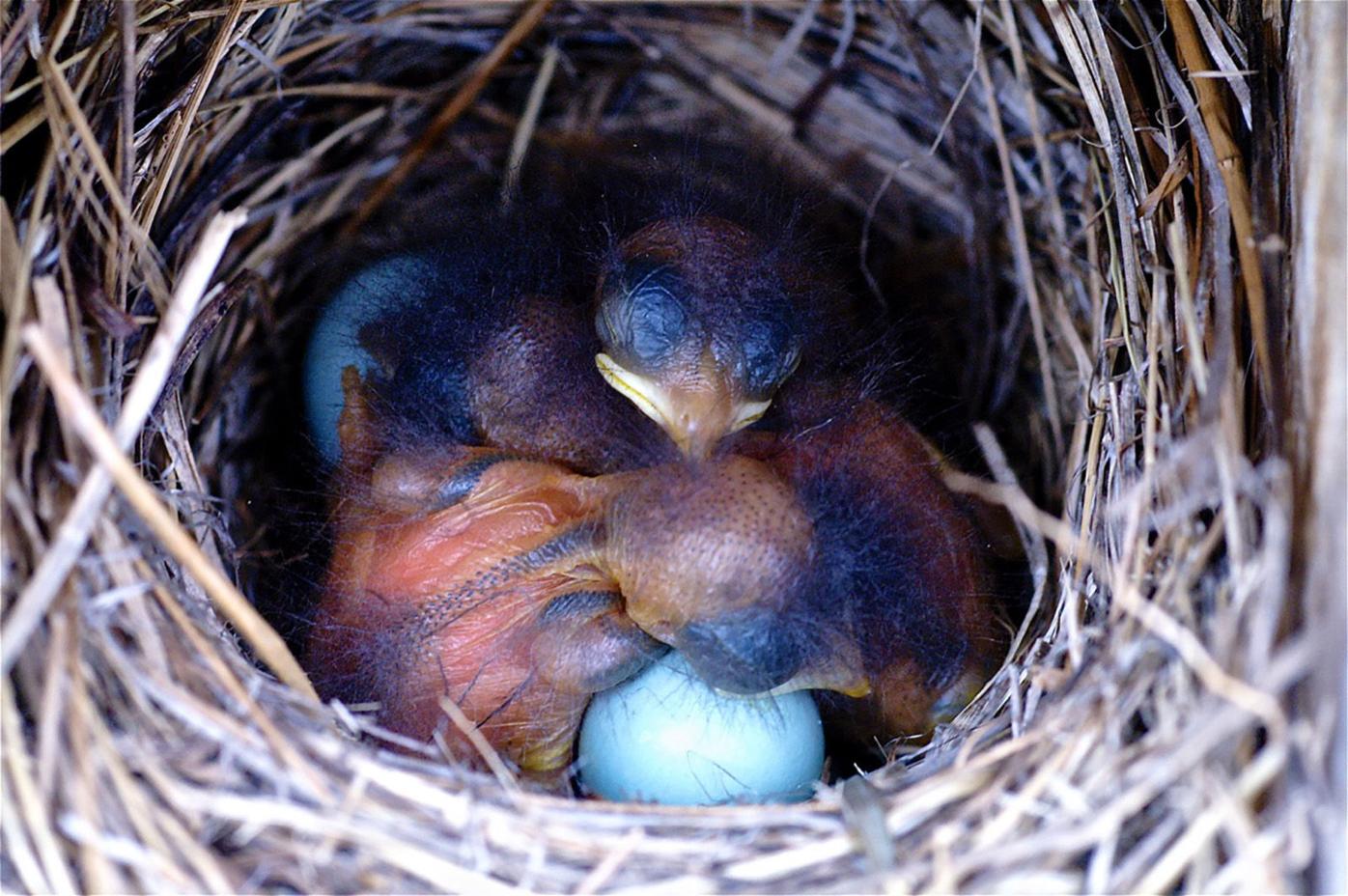 Baby bluebirds a day or two old are shown in the bluebird box. 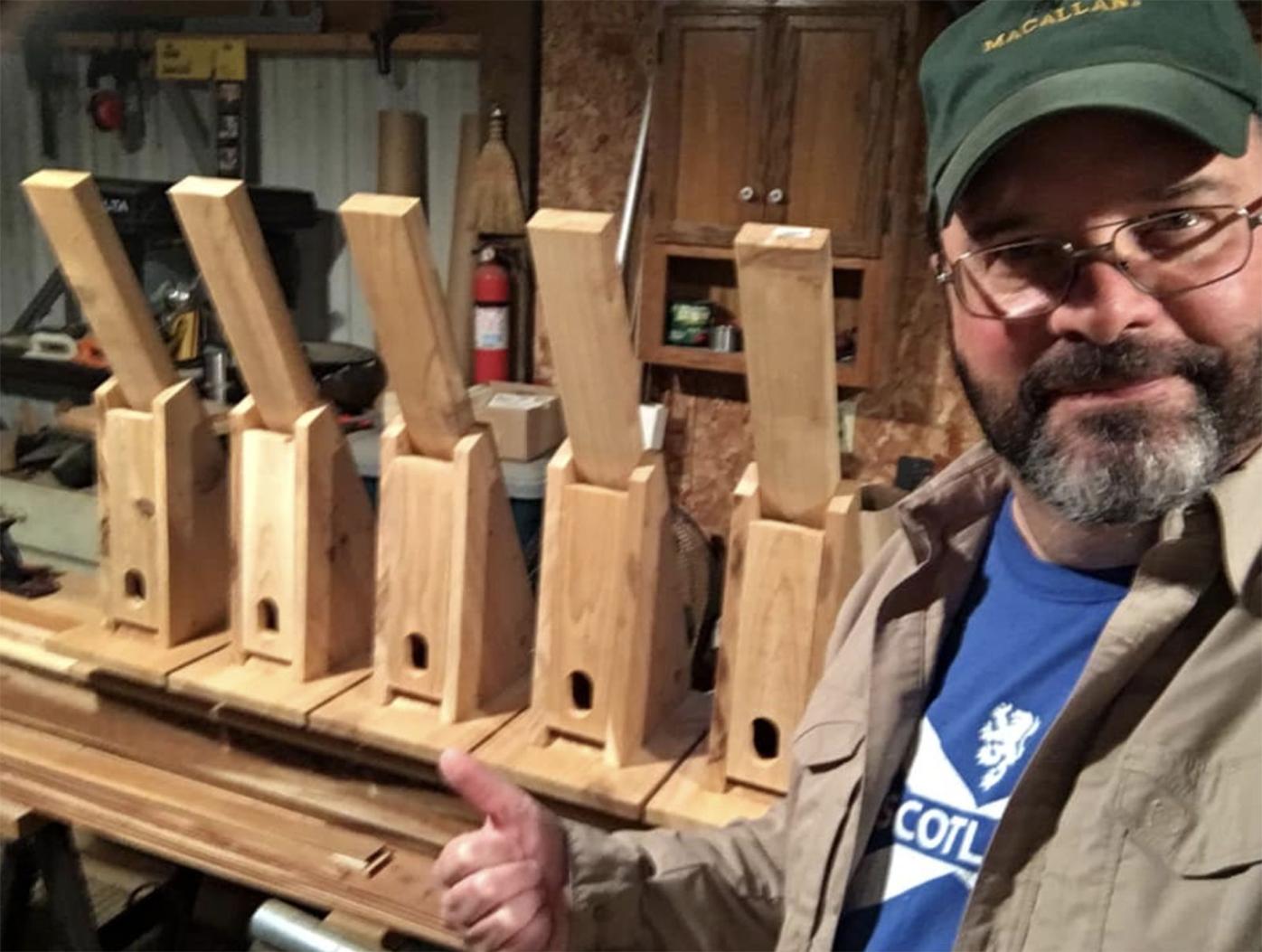 Rob Clark is pleased with the new set of bluebird nesting boxes.

An adult bluebird is shown on watch.

Baby bluebirds a day or two old are shown in the bluebird box.

Rob Clark is pleased with the new set of bluebird nesting boxes.

ROCKTON TOWNSHIP — To those unaware of bluebirds, the care and devotion lavished upon the 1 oz. brilliantly-hued creatures might come as a surprise.

Rob Clark is one of a small team of devotees who volunteer their time and attention on the thriving bluebird population at the Nygren Wetland Preserve, located at 3190 W. Rockton Road, in Rockton. Nygren, open to the public from dawn until dusk, is conveniently located for Clark who lives a mile away in the home he shares with his wife, Cassi Paslick.

Clark’s involvement began 20 years ago when he attended a standing room only talk held at the Talbot Library in Rockford. The speaker talked about restoring habitat for bluebirds. Those interested in volunteering to help build and maintain bluebird boxes were encouraged to sign up.

Clark soon found himself along with a small team of volunteers assembling blue bird boxes at the barn at Nygren Wetland. A dozen boxes were assembled and installed throughout the preserve. That was almost 20 years ago. Today, volunteers continue to maintain a dozen bluebird boxes. When asked why there are only a dozen bluebird nesting boxes Clark replied, “a choice was made to not have lots of manmade things dotted around the nature preserve, the barn or the road.”

Bluebird boxes are necessary. Historically, bluebirds prefer to build nests in holes or cavities found in old trees. Sadly many older trees are now gone. Bluebirds have adapted well to the nesting boxes built and provided by humans. Each box is positioned with the door facing a wide open expanse, which is just the way bluebirds like it. Bluebirds eat insects, fruit, and wild berries, all of which are easily found at Nygren. Today, the bluebird population is thriving.

“Rob and the bluebird monitors at Nygren Wetland Preserve are a stalwart bunch. Their observations are a finger on the pulse of our restoration efforts begging replication across a broader spectrum of wildlife and protected lands. We can’t thank them enough for their ongoing efforts,” said Director of Stewardship at the Natural Land Institute Zachary Grycan.

Between May and August, bluebird monitors visit the boxes once a week. Team members have checklists used to collect consistent data such as: weather, heat, bugs, the number of eggs in each nest versus the number of babies successfully hatched. Even the age of the parent birds has an impact on how successful the parents are at raising their babies. Yearly collection of this information helps the monitors understand what’s working and what outside factors may be impacting the current population. It also helps highlight what the monitors might do to better help increase the bluebirds’ chances of survival.

“I really appreciate Rob’s involvement with Natural Land Institute as a volunteer and as one of the Eastern Bluebird monitors at Nygren Wetland Preserve. Clark was recognized in 2016 as a Volunteer of the Year because he went above and beyond expectations. He built eight new bluebird houses and paid for the supplies that year,” said Natural Land Institute Director of Marketing & Membership Kim Johnsen.

In the early days Clark’s daughter Emma helped her dad with his bluebird monitoring duties. Over the years Emma joined her dad often; helping with seed collection, planting small native seedlings and continuing to monitor the bluebirds and their boxes. Part of the weekly task of bluebird monitoring is to check all the boxes to be certain other species of birds have not moved in. Other birds, such as tree swallows and house finches have the ability to build their own nests, but will take advantage and move into vacant bluebird boxes. It’s far easier to move into a home that’s already built, cleaned and ready versus building a nest from scratch. Interloper bird species are encouraged to move out and build their own nests, leaving the boxes available for the bluebirds.

“Clark’s commitment is never ending, he volunteers in many ways aside from the bluebird monitoring. He has such a positive attitude and is a wonderful ambassador for Nygren Wetland. I love his eye for photography and have appreciated him sharing his photos with Natural Land Institute over the years,” Johnsen said.

Bluebird populations rise and fall each year. The fluctuations in population can be tied to the weather. A longer, colder winter can delay migration. The bluebird team at Nygren works to get the boxes out in the field early each spring before the bluebirds begin their northward migration. Bluebirds raise several clutches of babies each summer. The boxes are taken down every winter, cleaned, repaired, and stored to be put up the following spring.

Clark recently retired as a teacher of mathematics from Rock Valley College (RVC). He grew up hiking and camping with his father in the Cleveland, Ohio area. The job at Rock Valley College brought Clark to the area and introduced him to his wife, Cassi Paslik, a professor of Geology also at RVC. The pair love the outdoors and passed their love onto their daughter Emma, now a young college student.

“She is a “bug-finder and tree-climber,” Clark said of Emma. “She loves being outdoors and heads out whenever she needs to de-stress and re-center. It’s especially helpful now that she’s in college.”

There are plenty of safe and socially distanced volunteer opportunities available.

For more information about volunteering at Nygren Wetland visit www.naturalland.org