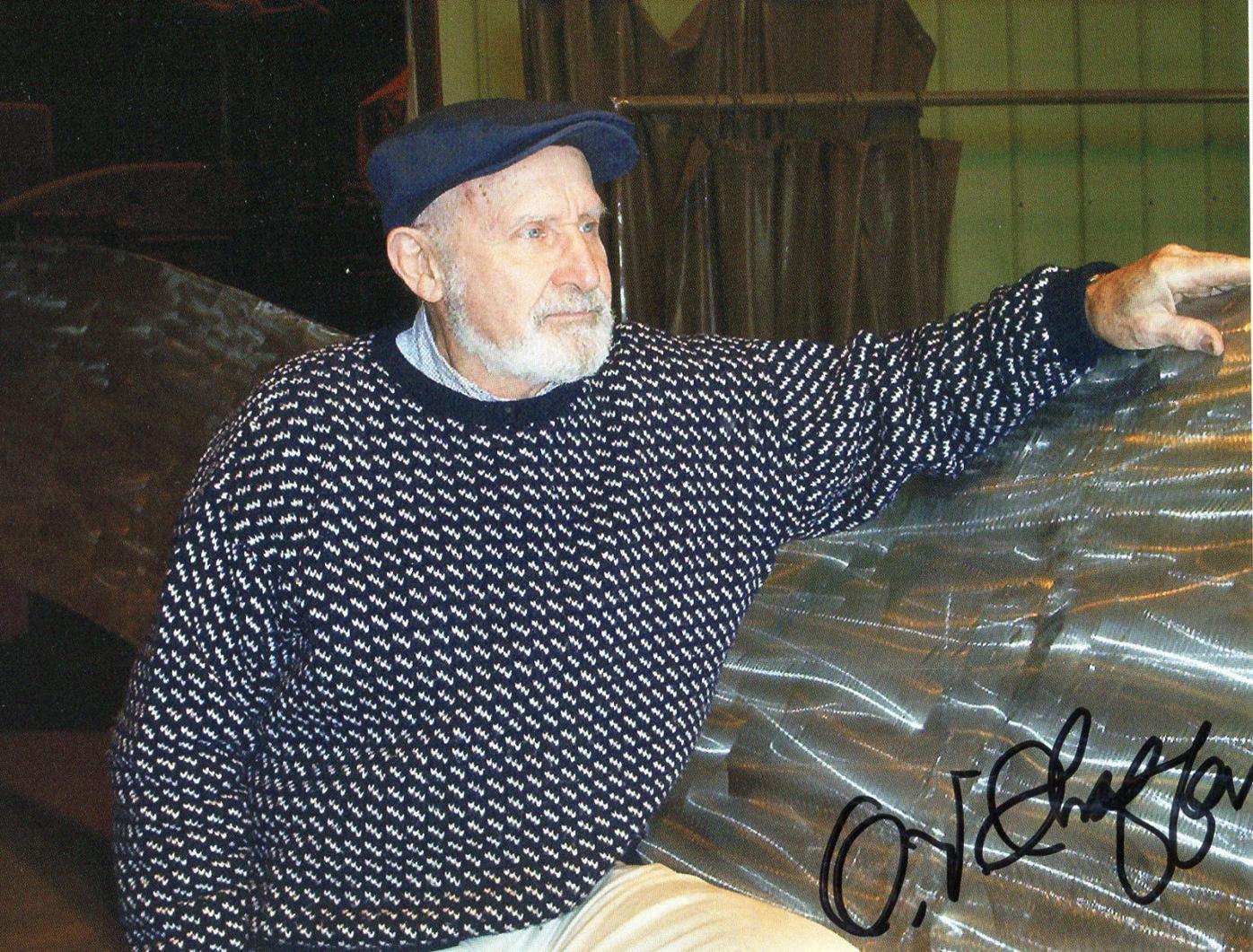 O.V. “Verne” Shaffer, who created many sculptures in Beloit and throughout Wisconsin, passed away Tuesday. 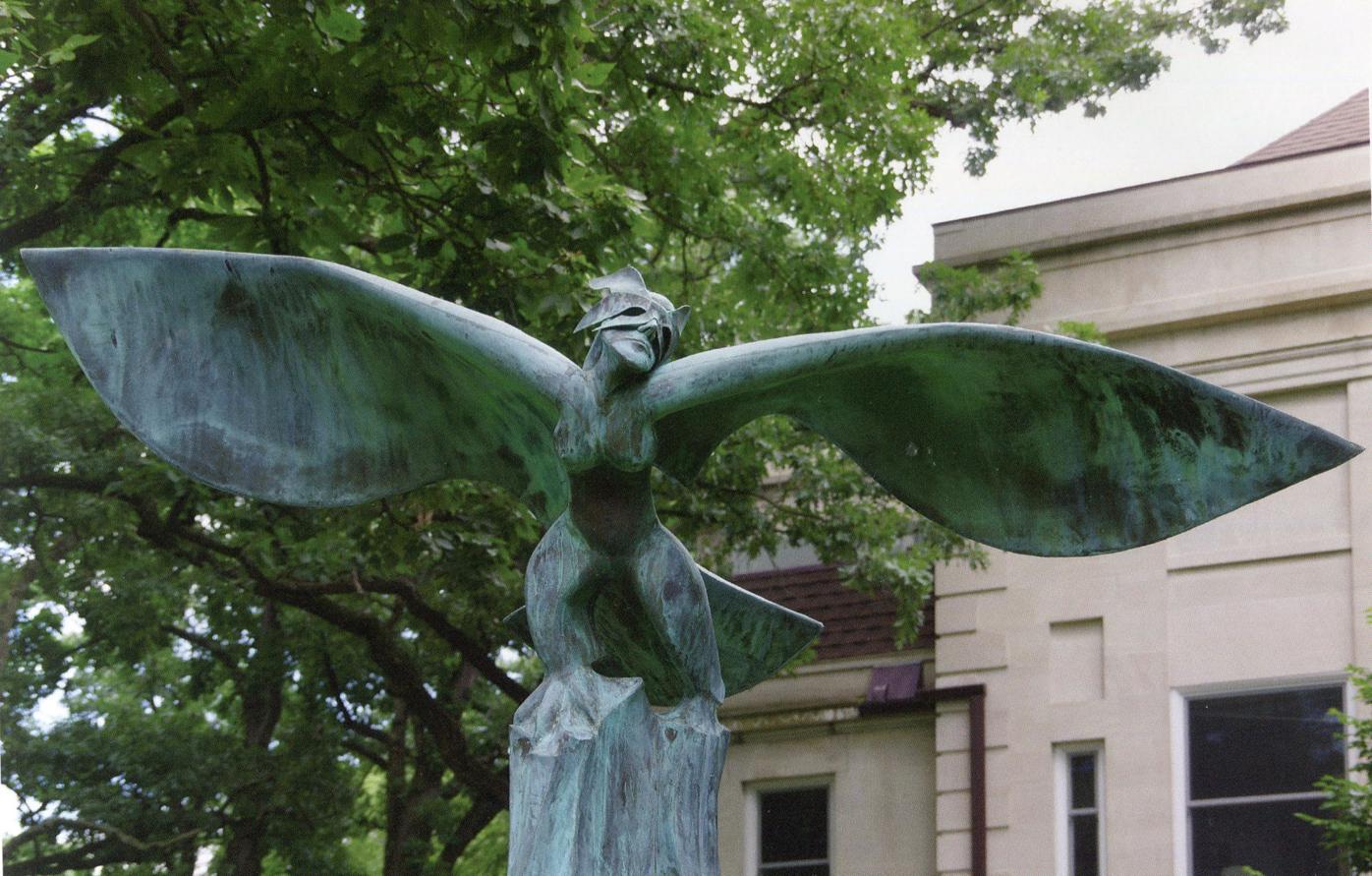 The sculpture Siren is one of the creations of O.V. “Verne” Shaffer that can be seen on the Beloit College campus. Shaffer passed away Tuesday.

O.V. “Verne” Shaffer, who created many sculptures in Beloit and throughout Wisconsin, passed away Tuesday.

The sculpture Siren is one of the creations of O.V. “Verne” Shaffer that can be seen on the Beloit College campus. Shaffer passed away Tuesday.

BELOIT — It would be difficult to stroll through Beloit and not see multiple sculptures created by artist O.V. “Verne” Shaffer.

His work can be seen on the Beloit College campus, at Riverside Park, at Beloit Memorial Hospital and at many other sites in Beloit and throughout Wisconsin.

Shaffer passed away Tuesday in the town where he was born, Princeton, Illinois. He was 93.

“This is the end of a legacy,” said Jerry Sveum, president of the board of directors for Beloit Art Center. “He has created more public art than any artist in Wisconsin.”

Sveum pointed out 28 pieces of Shaffer’s work can be seen in Beloit and a total of 60 pieces can be found throughout Wisconsin, including at the Hedberg Public Library and the Rotary Botanical Gardes in Janesville, at the Madison Public Library, and at the Neville Public Museum in Green Bay.

“O.V. Shaffer’s legacy is forged in our community and in our state,” said Beloit City Manager Lori Curtis Luther. “His sculptures leave a lasting impression in Beloit, and we are thankful that he shared his talents with our city. We extend our sincerest condolences to his family and loved ones as we all grieve his loss.”

Shaffer graduated from Beloit College in 1950 with degrees in biology, speech and art. He earned a masters degree in art at Michigan State University and he taught at Olivet College in Olivet, Michigan. He returned to Beloit College in 1955 as an art instructor and he was appointed the college’s first full-time director of the Wright Museum of Art.

Shaffer’s daughter, Cary Tuckey, said she and her brother Owen grew up in Beloit in a home on Brewster Street. She said one day, her father was commissioned to create a sculpture for a military memorial and that gave him an idea. He went to his wife, Bernice and said, “what if I quit my job and do this full-time.”

“Of course my mother said, sure,” Tuckey said.

The family left Beloit to live in different parts of the country, but through the years they would return to the Beloit area. From 1972 to 1995, the family had a 15-acre property near Clinton where Shaffer worked in his studio creating much of his work and can be seen throughout Wisconsin. It is in his Clinton studio where he created “Celebration,” an 8-ton metal sculpture that now stands proudly at Riverside Park in Beloit.

In 2001, he returned to his hometown of Princeton, Illinois where he continued to create his art.

“He was actively sculpting until he was 87—that’s pretty good,” Tuckey said.

In 2015, a road trip tour of 14 Wisconsin cities was developed to view the sculptures and work of Shaffer.

Dan Schooff, chief of staff and secretary at Beloit College, said the tour was a fitting tribute to Shaffer and he is happy Sveum and others helped organize that event. He said communities that display Shaffer’s art are richer for it.

“He certainly gave back to Beloit and Princeton, but his art also can be seen around the country,” Schooff said.