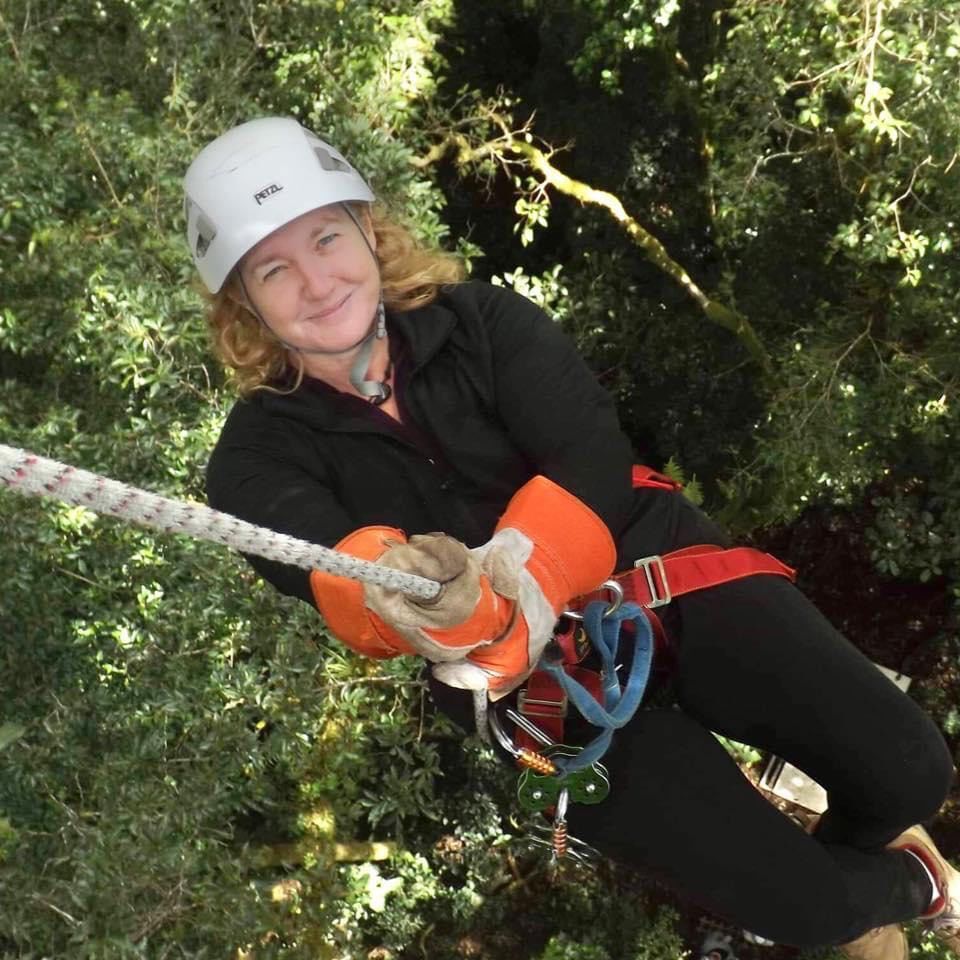 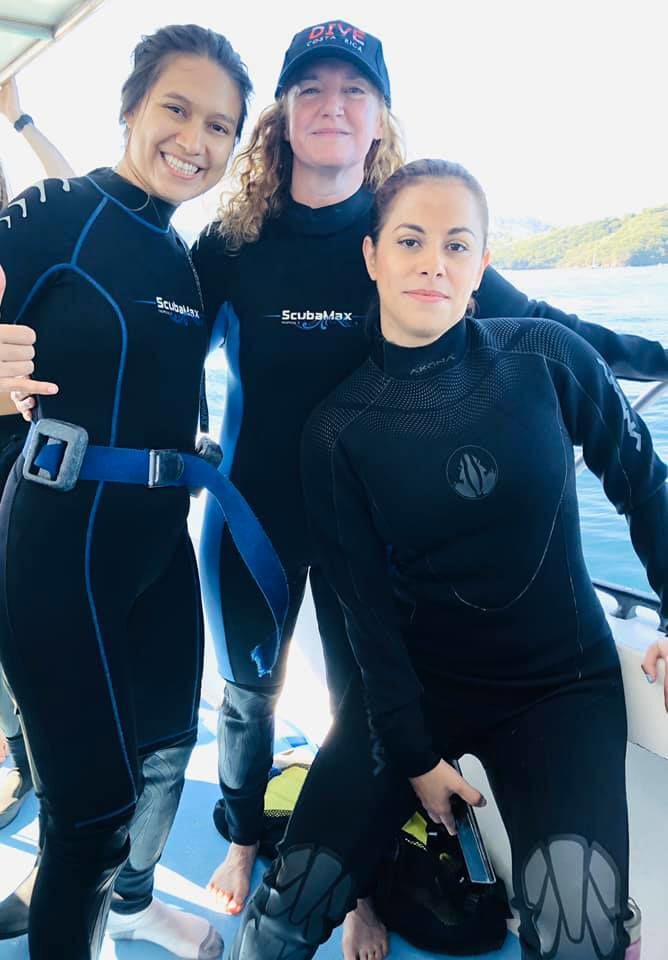 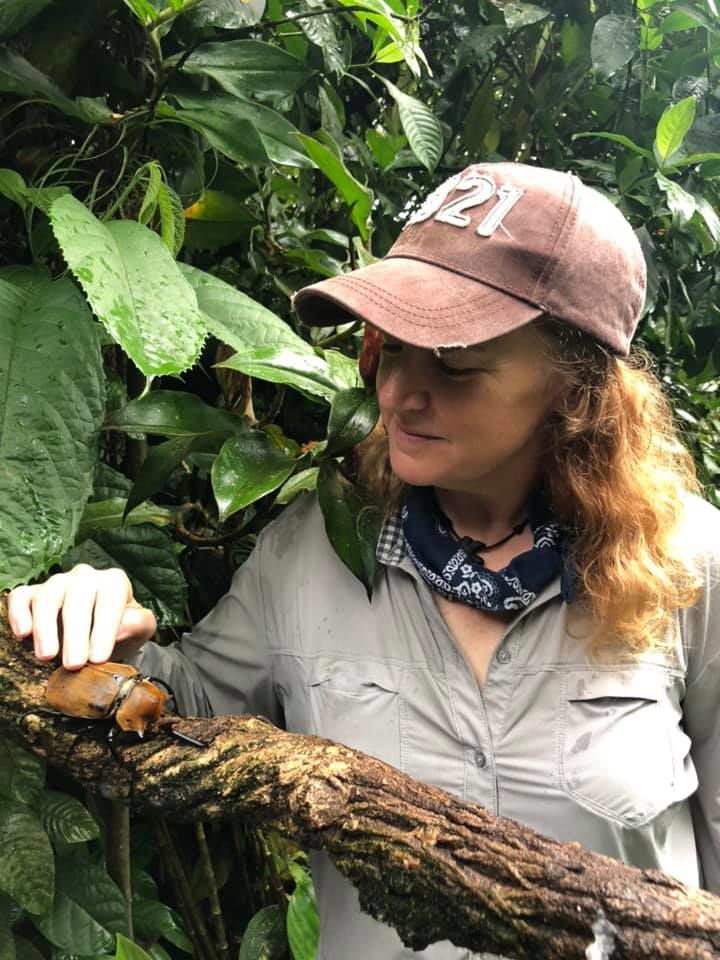 Sheila De Forest is seen with a Rhino Beetle in Pococi, Costa Rica on July 26, 2019. 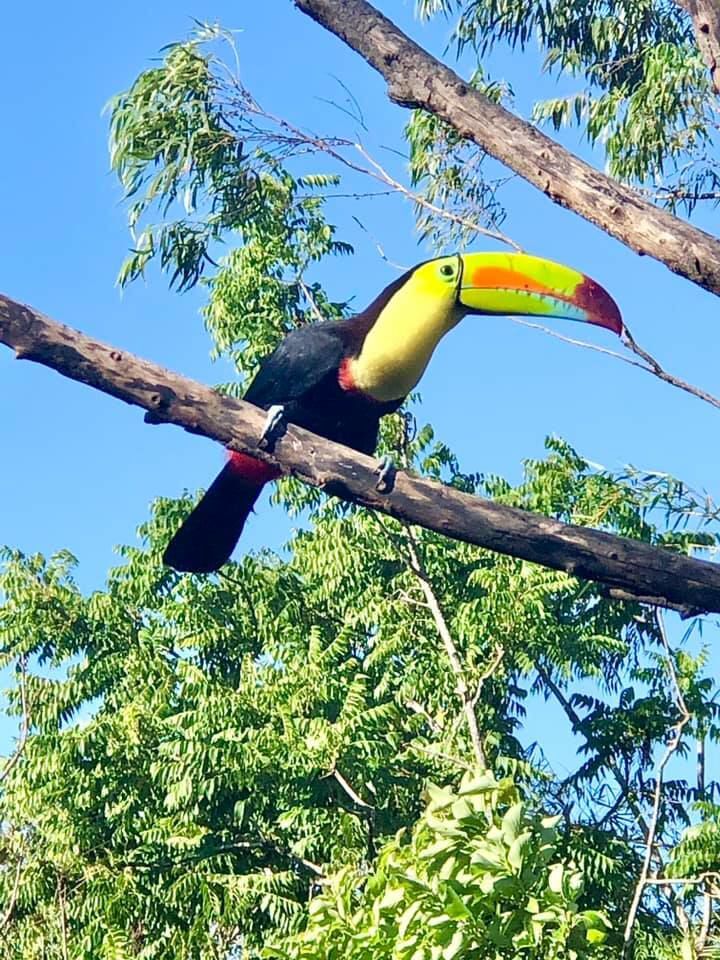 A Keel billed toucan is seen in right outside Sheila’s home. 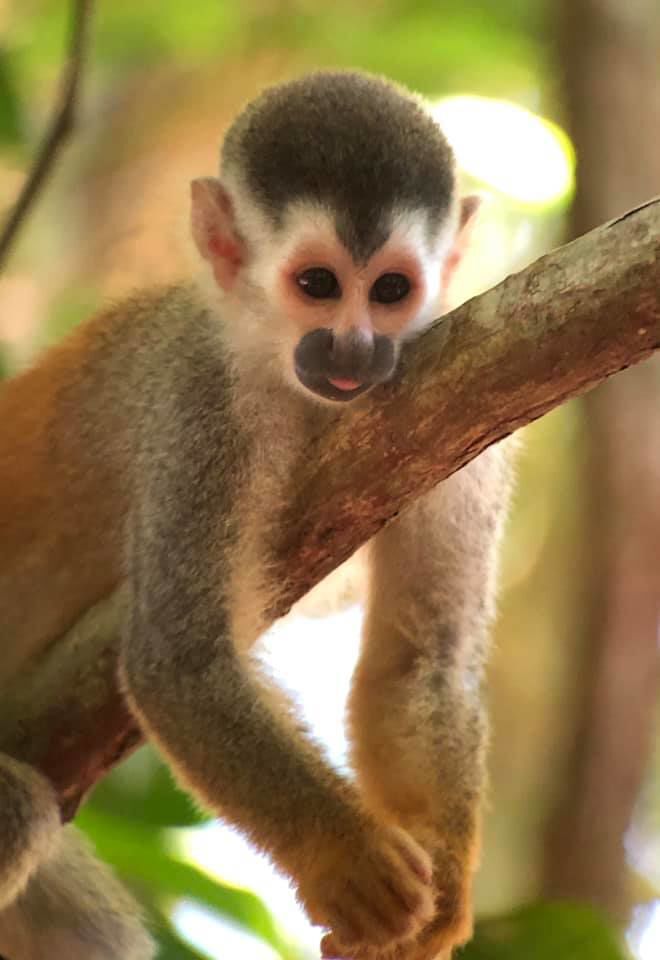 A spider monkey hangs on a tree branch. 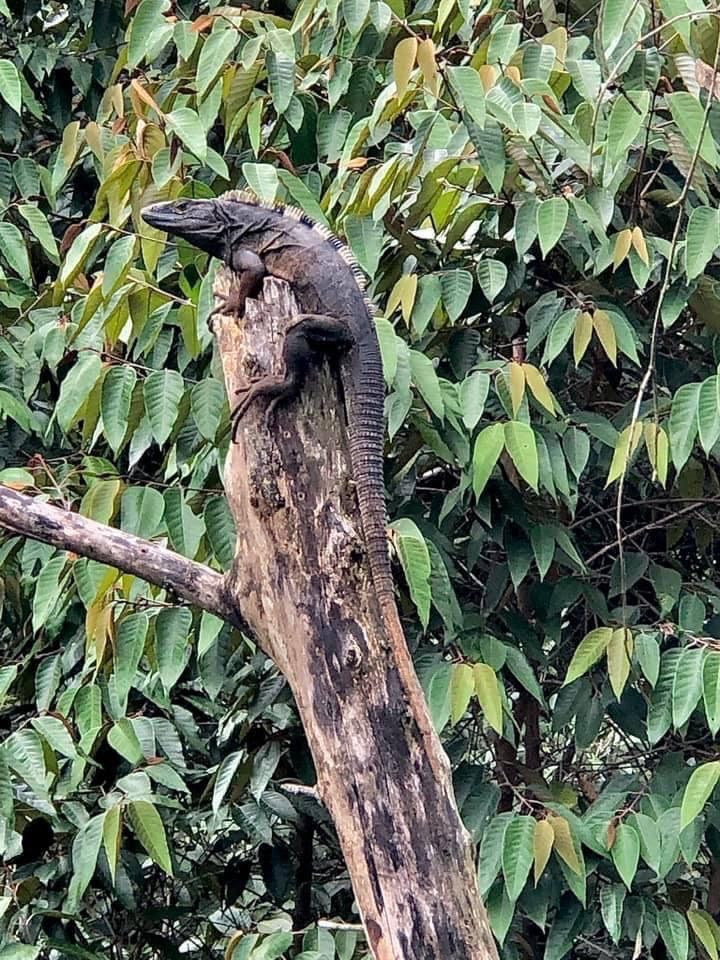 A wild iguana is seen in the rainforests of Costa Rica. 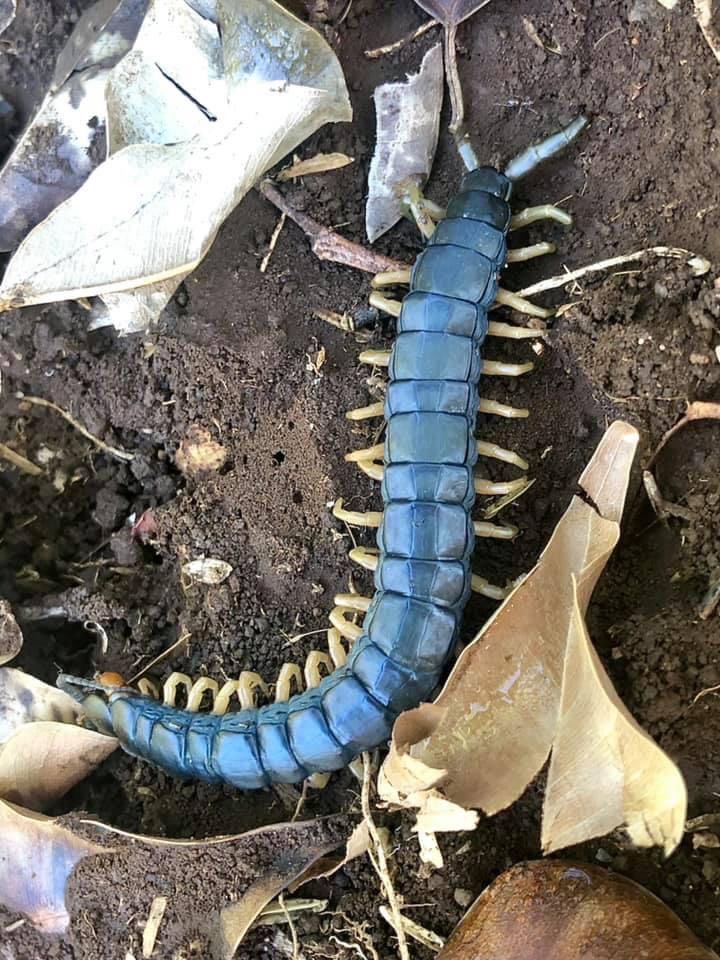 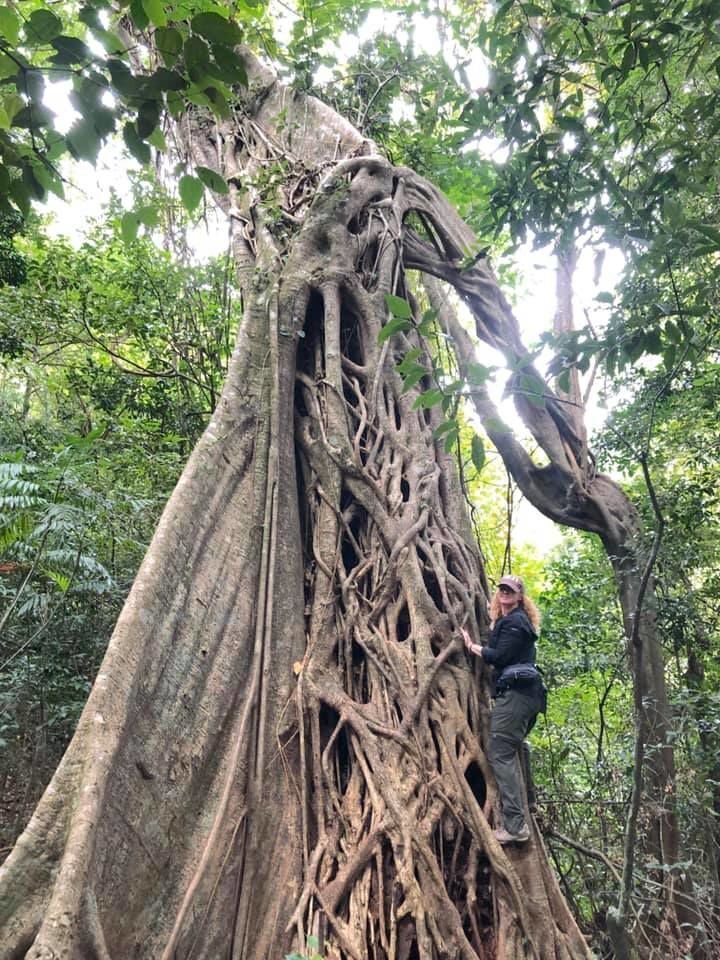 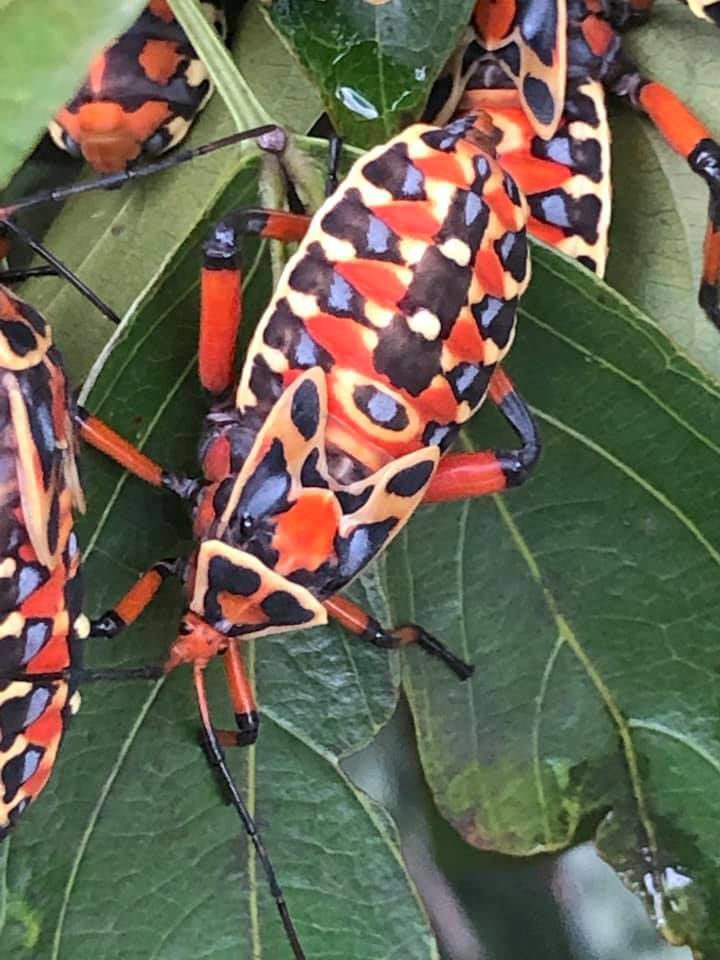 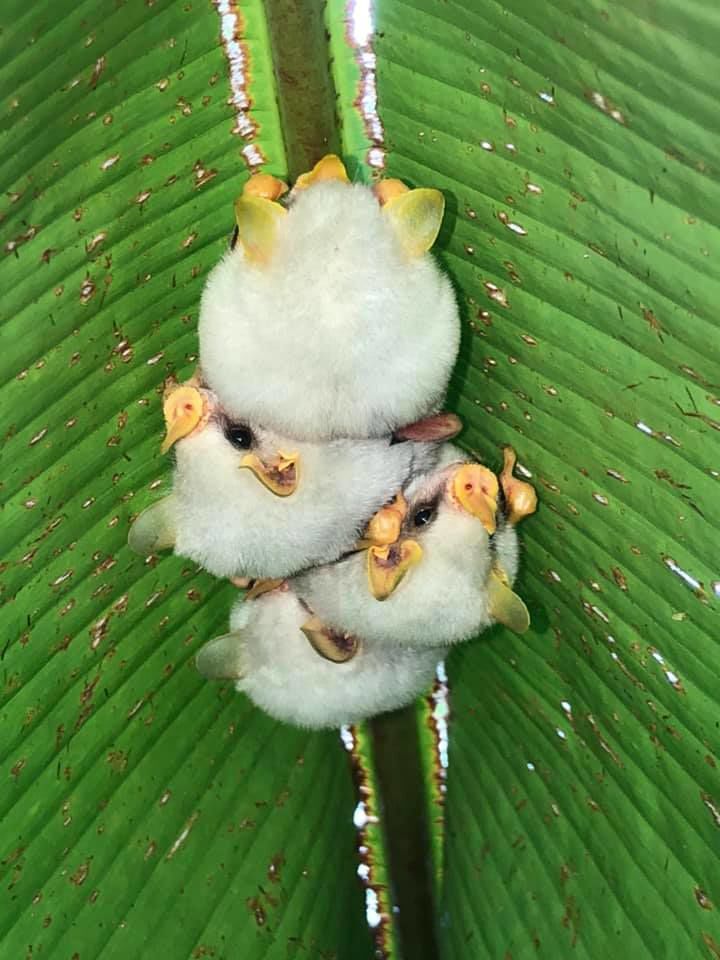 Above is a group of Caribbean white tent-making bats.

Sheila De Forest is seen with a Rhino Beetle in Pococi, Costa Rica on July 26, 2019.

A Keel billed toucan is seen in right outside Sheila’s home.

A spider monkey hangs on a tree branch.

A wild iguana is seen in the rainforests of Costa Rica.

Above is a group of Caribbean white tent-making bats.

She is actively assisting with environmental conservation efforts, while also teaching English and exploring the Central American nation’s many iconic features.

De Forest, 62, is a graduate of Beloit College and previously served on the city council for nine years from 2008 until 2017. She raised her children in Beloit.

While working in the School District of Beloit several years ago, De Forest visited Costa Rica with a group of teachers, and she was amazed by the culture and natural biodiversity of the rainforests.

When her youngest son went to college, she sold many of her belongings and moved to Costa Rica.

De Forest juggles many activities there, including teaching English to adult professionals through a binational cultural center, called the Centro Cultural Costarricense Norteamericano, during the past three years. Due to the pandemic, those lessons have shifted online to Zoom.

She also volunteers to help with conservation work, collaborating with citizen leaders and scientists from around the world. Much of her efforts involve harvesting seeds and participating in reforestation.

“I spend a lot of time in the humidity, getting dirty, scraped up, climbing trees,” De Forest said.

Removing bamboo and other invasive species is crucial to the survival of the rainforests, she said. Bamboo can stretch to 25 feet, proving an obstacle for other tree species.

Costa Rica is home to more than 45 endangered tree species, many of which only grow in the small Central American country.

About 50% of the country’s forest areas are protected from human land use.

The government offers subsidy payments to landowners to help preserve forests. Costa Rica also generates 99% of its energy from renewable sources including geothermal, wind, solar, and hydroelectric power. It is illegal to hunt in Costa Rica, and strict wildlife trafficking laws are set in place.

Among her favorite parts about working extensively in the rainforests is seeing all sorts of different animals, birds and insects.

She has taken pictures of wildlife ranging from two and three-toed sloths, which is her favorite animal. Every day, she sees new species, such as centipedes, scorpions, bats, iguanas, butterflies and snakes. Oftentimes she wakes up to the sounds of toucans.

“It’s been really rewarding to see the wildlife return to the area,” De Forest said. “That is pure joy for me to come across species of wildlife I’ve never seen. They just really have a special place in my heart. It’s really amazing living here. It’s paradise. It’s one of the most biodiverse places on the entire planet.”

Part of working in rainforests requires accepting that it will be uncomfortable at times, De Forest said.

There was an initial culture shock upon moving to Costa Rica. For example, De Forest misses a Culver’s Butterburger and can’t wait to return to Wisconsin to get one.

“It definitely took some adjusting,” she said, adding she adapted physically, emotionally and socially, with a major change in diet rooted in beans, fruit and rice.

She’s had her fair share of bites, including a bot fly, which lays eggs in its host.

“That was pretty awful,” De Forest said. “I’m in the thick of things. But I find beauty in the diversity of insects as well. Every day is different. I never know what I’m going to find.”

De Forest rents a house located in the lowland rainforest where she works. She speaks with her children regularly over the phone, and they have made several trips to visit her abroad.

De Forest and her friends in Costa also learned how to scuba dive. She is interested in helping out with a coral reef restoration project and wanted to learn how to dive safely. She earned her deep diving certificate about a year ago.

“I have a lot of things, a lot of adventures still ahead,” De Forest said. “I just do what I want to do, I don’t let fear get in the way of what I think is really important or valuable. My philosophy is to do things deeply and substantially.”

For others who take it upon themselves to travel, De Forest encourages them to remain humble and be open to learning about the people, culture and languages.

Anyone who wants to support conservation efforts in Costa Rica can do so by donating to the Donate to the Children’s Eternal Rainforest in Monteverde.

It is the largest rainforest in Costa Rica, spanning 55,800 acres. It is managed by a nonprofit organization, the Monteverde Conservation League. Admission to enter is free.

Students in Costa Rica have even raised money themselves to donate to the Children’s Eternal Rainforest, which allows kids to own the land to be used for conservation and protecting the environment.