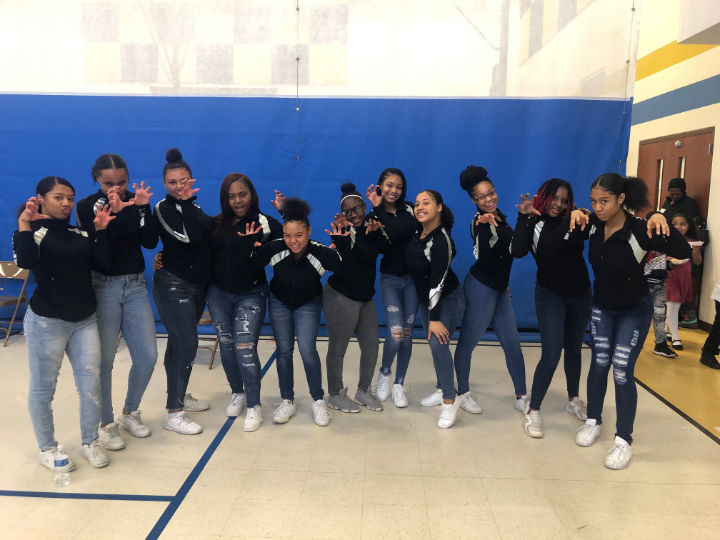 The Beloit Knightingales not only perform step dance, but also read to younger students and do a variety of community service projects. 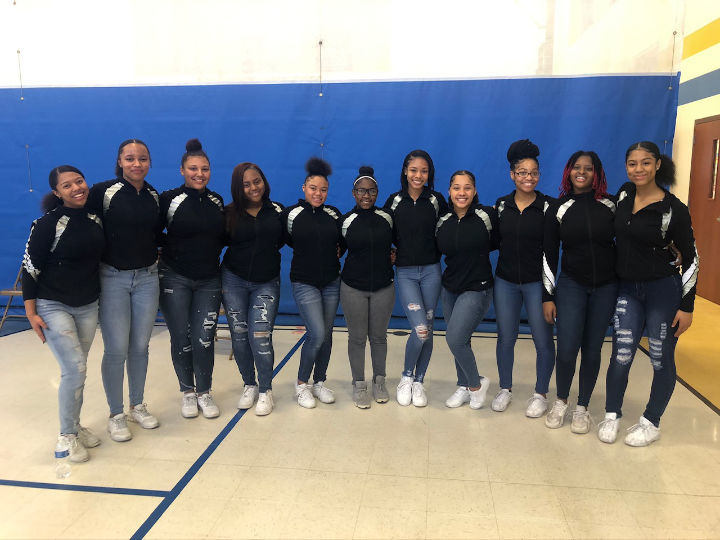 The Beloit Knightingales not only do step performances, but help out with community service projects. 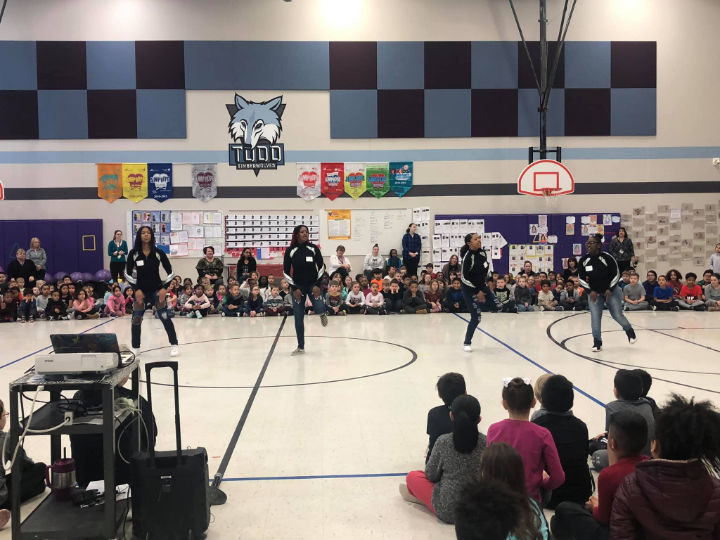 (From left): Knightingales Arianna Dunkin, Phenex Burks, Amiyah Jones and Danielle Robinson perform at Todd Elementary School. Many Knightingales fondly recall seeing the Knightingales when they were little and dreaming of joining the team one day. 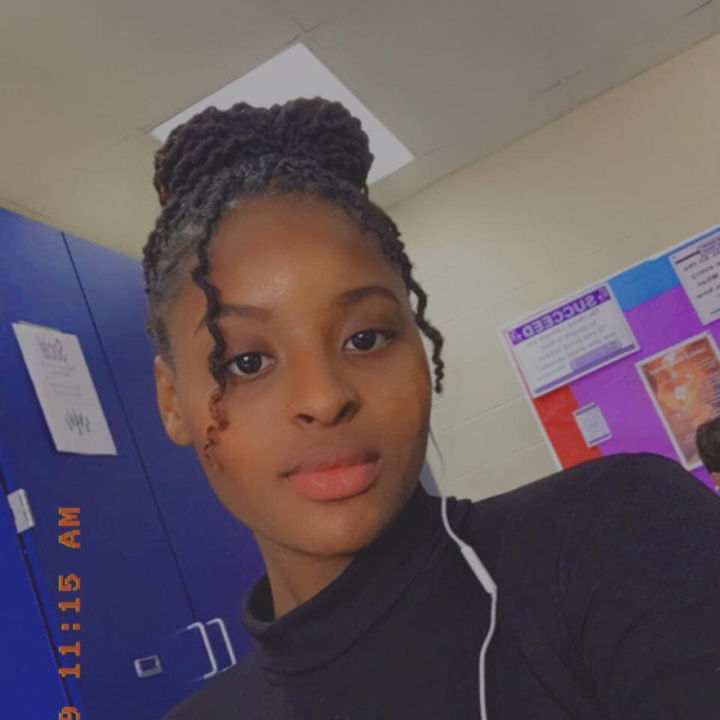 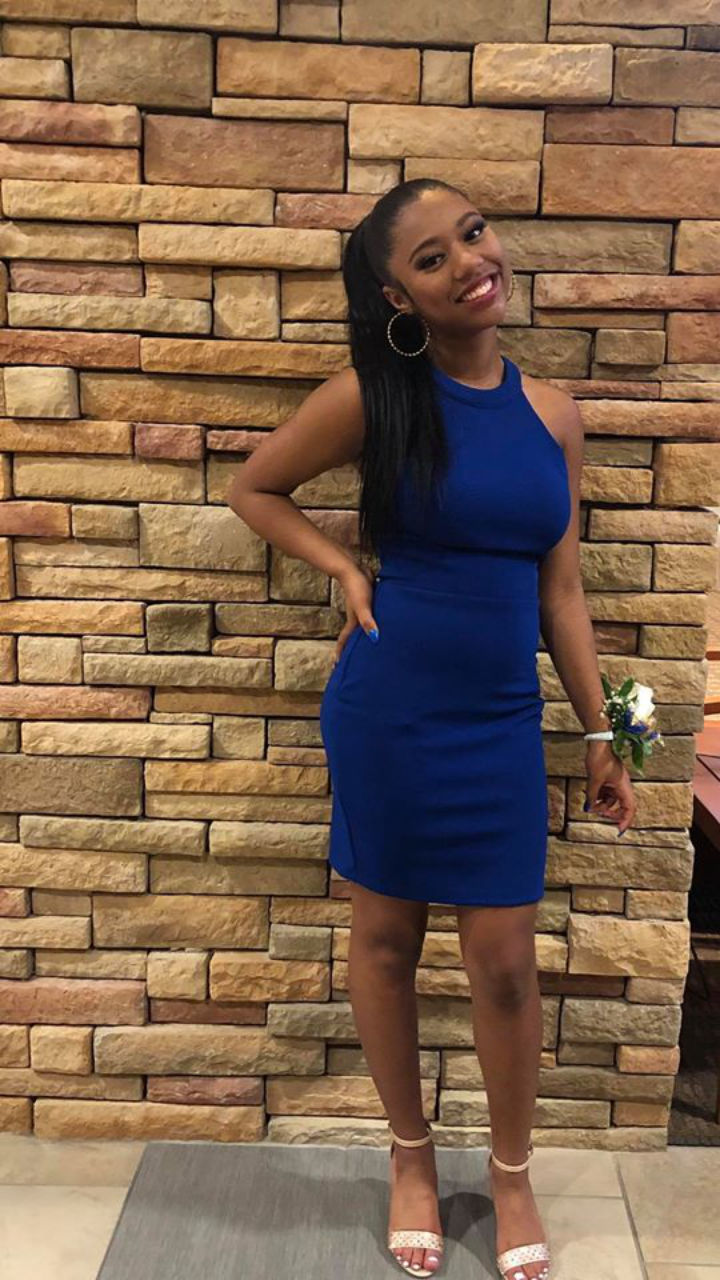 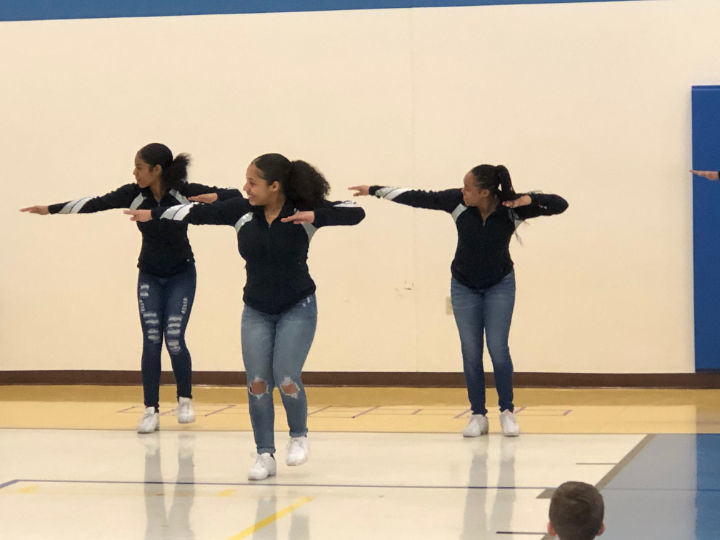 The Beloit Knightingales not only perform step dance, but also read to younger students and do a variety of community service projects.

The Beloit Knightingales not only do step performances, but help out with community service projects.

(From left): Knightingales Arianna Dunkin, Phenex Burks, Amiyah Jones and Danielle Robinson perform at Todd Elementary School. Many Knightingales fondly recall seeing the Knightingales when they were little and dreaming of joining the team one day.

That is what it takes to be a Beloit Knightingale, and this year’s team has that and a little more. After a dozen years of entertaining audiences across the area, the Knightingales Step and Dance Team is getting better and stronger each year.

The Knightingales use their hands and feet as instruments to produce claps and stomps in a rhythmic way.

With a rich history in the African-American community, the beats trace back to African boot dance. Later, when African-Americans were brought to the U.S. as slaves the rhythm of their stomps and claps became a secret way of communicating with each other where they weren’t allowed to speak. Generations later black fraternities and sororities at historically black colleges and universities would continue the art form with new beats and styles.

Hendrix said she began her journey with step in high school.

“My cousin taught us to step at Emmanuel Baptist Church,” she said.

Stepping piqued her interest in her cousin’s sorority and she joined Delta Sigma Theta Sorority at Xavier University of Louisiana where she became a step master.

Hendrix later wanted to bring the art to Beloit Memorial High School along with her sister Michelle Hendrix-Nora, who is also a member of Delta Sigma Theta and is a co-coach for the step team. When they started the Knightingales in 2008, the goal was for the step team to mimic their sorority’s commitment to sisterhood and community service. It would also be a unique way to introduce the concept of going to college to students and to teach them discipline.

“We do a lot of exercises. The steps are fast paced and you need a lot of stamina,” Hendrix said. “It builds muscle memory.”

The Knightingales not only perform at area schools and for community events but also read to younger students, pick up trash and more. When they go on tours of historically black colleges and universities each spring they often do community service such as repainting a youth center, as they did one year in North Carolina.

The Beloit Knightingales are featured in “Tap Dancing Without Shoes: The History of Stepping and the Impact on Greek Life and Popular Culture” by Shedrick Daniels.

The Knightingales typically have a big Rhythm of the Knight Step Show every April for fundraising, although they were unable to do it this year due to the shelter-in-place. They are hoping to reschedule the showcase when it is safe to gather in large groups. It will be a great way to lift the city’s spirits and have a good time after being inside for so long, Hendrix said.

Each year the team has a different theme for its performance. One year their moves were inspired by movies such as“The Color Purple” and later “Coming to America.” One year their show was titled “The Beyoncé Experience” and another year they had a baseball theme with “A League of Their Own.”

“We took them to where the Rockford Peaches used to play to do a photo shoot,” Hendrix said.

Hendrix has team members audition for the role, usually having tryouts at the crack of dawn to see if students have the commitment needed for the team. They have to show a knack for picking up on beats as the art form is so fast-paced. At the audition girls must learn a new step routine in 30 minutes.

Hendrix also keeps a wary eye out for any girls who might bring drama to the group. With the heart of the team’s success being sisterhood, girls have to learn to respect each other, work as a team and have a good attitude. Hendrix also has to be confident they will be diligent in keeping up with their schoolwork.

Sometimes girls who don’t think they stand a chance will get picked much to their delight.

“Sometimes I see their talent even if they don’t see it themselves,” Hendrix said.

Knightingale Antoinesha Smith said she always looked up to the Knightingales in elementary and middle school.

“I would see them perform, and I wanted to do that,” Smith said.

Many of the girls love the team because of the sisterhood and positivity.

“Before I even got on the team, I was always looking forward to going to the step show. Now that I’m in it it’s really fun,” said Knightingale Zanielle Robinson. “I love being on the step team. We all can talk to each other. Laughing and having a good time is what we do.”

“I started for the same reason, I used to see them when I was younger,” said Knightingale Phenex Burks. “It’s a great sisterhood, building bonds with the people on the team. It’s like a family”

Jasmyne Sanders, a newbie in the group, has found the Knightingales to be an exciting challenge learning the new moves.

“I like it more than i thought it would. When you are on the step team, you become friends with everybody.”