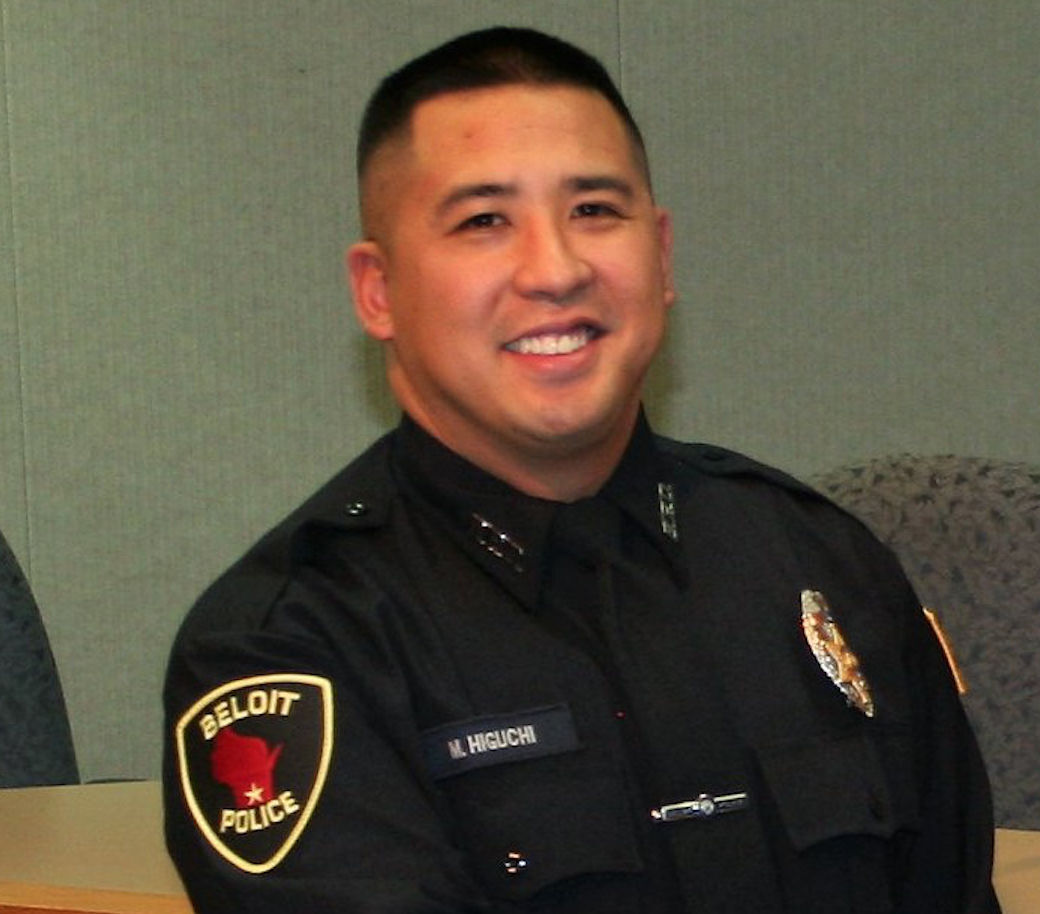 Michael J. Higuchi, 33, is charged with battery with a domestic abuse modifier and mistreating animals—intentional or negligent violation.

The charges were filed on March 15 by the Rock County District Attorney’s Office.

Higuchi was placed on paid administrative leave pending an internal investigation on Dec. 17, 2020 and remained on paid leave until he resigned from the department on April 10, according to the Beloit Police Department.

Interim Chief Thomas Stigler declined to comment on Higuchi, citing the ongoing nature of the criminal case against him.

The Rock County Sheriff’s Office conducted the initial investigation into the incidents on the same day that Higuchi was placed on paid leave.

Two sheriff’s detectives spoke with a woman, who reported that Higuchi had been “physically abusive for a long time,” the complaint shows.

On Dec. 15, 2020, a blue miniature pinscher dog named Cash soiled a bed in the home. The dog was found limping and “in the bathroom cowering.”

When the woman confronted Higuchi about the incident, he admitted to hitting the dog, the complaint said.

She also told investigators that Higuchi punched her in the face and in the back following an argument regarding his perceived lack of help around the house due to working third shift. The woman suffered injuries to her eye that caused a welt the size of a golf ball, the complaint states.

On Aug. 17, 2020, Higuchi and the woman had an argument regarding Higuchi’s alleged infidelity with another woman. During the argument, the woman told investigators she was afraid so she attempted to run only to fall down a flight of stairs and dislocate her leg.

Through a forensic examination of the woman’s phone, investigators recovered pictures of her sustained injuries from October of 2020 and the dog’s injuries in December of 2020.

When interviewed by Rock County detectives, Higuchi told investigators that during the physical altercations with the woman, he was defending himself and accidentally hit her on the head, the complaint shows.

Following his arrest and interview with authorities on Dec. 17, Higuchi contacted a Rock County detective shortly after being released where he said he blended incidents together, but said what the victim had told officers “was correct,” the complaint said.

Higuchi was hired by former Chief David Zibolski in 2018 as a patrol officer.

The charges Higuchi faces could result in maximum penalties of a fine of $10,000 or up to nine months in jail, or both for each charge.

Research by the National Center for Women and Policing shows that 40% of police families experience domestic violence, in contrast to 10% of general public families.

Alex Roslin, author of Police Wife: The Secret Epidemic of Police Domestic Violence, cited an FBI advisory board that found roughly 40% of officers who filled out questionnaires in a number of different settings admitted to being physically violent with their spouse in the previous six months. By contrast, general population data for self-reported abuse is closer to 4% when people are asked to report actions over a year’s time, Roslin said in an interview with Yahoo News in June of 2020.

“The numbers are higher for cops who work night shifts,” Roslin said in the article. “The 40% number is the closest I could figure while trying to do an apples to apples comparison. We know for sure that the rate of domestic violence among cops from the little data we have is ridiculously high. We know that thanks to research done in part by police officers, some of whom suggest that number might be low. So we wind up with cops being around 15 times more likely to engage in domestic violence than members of the general population.”

If you or someone you know is a victim of domestic violence, a local 24-hour hotline is available through Defy Domestic Abuse Beloit at 608-365-1119. A national abuse hotline is also available at 1-800-799-7233. For more information, www.familyservices1.org/defy.