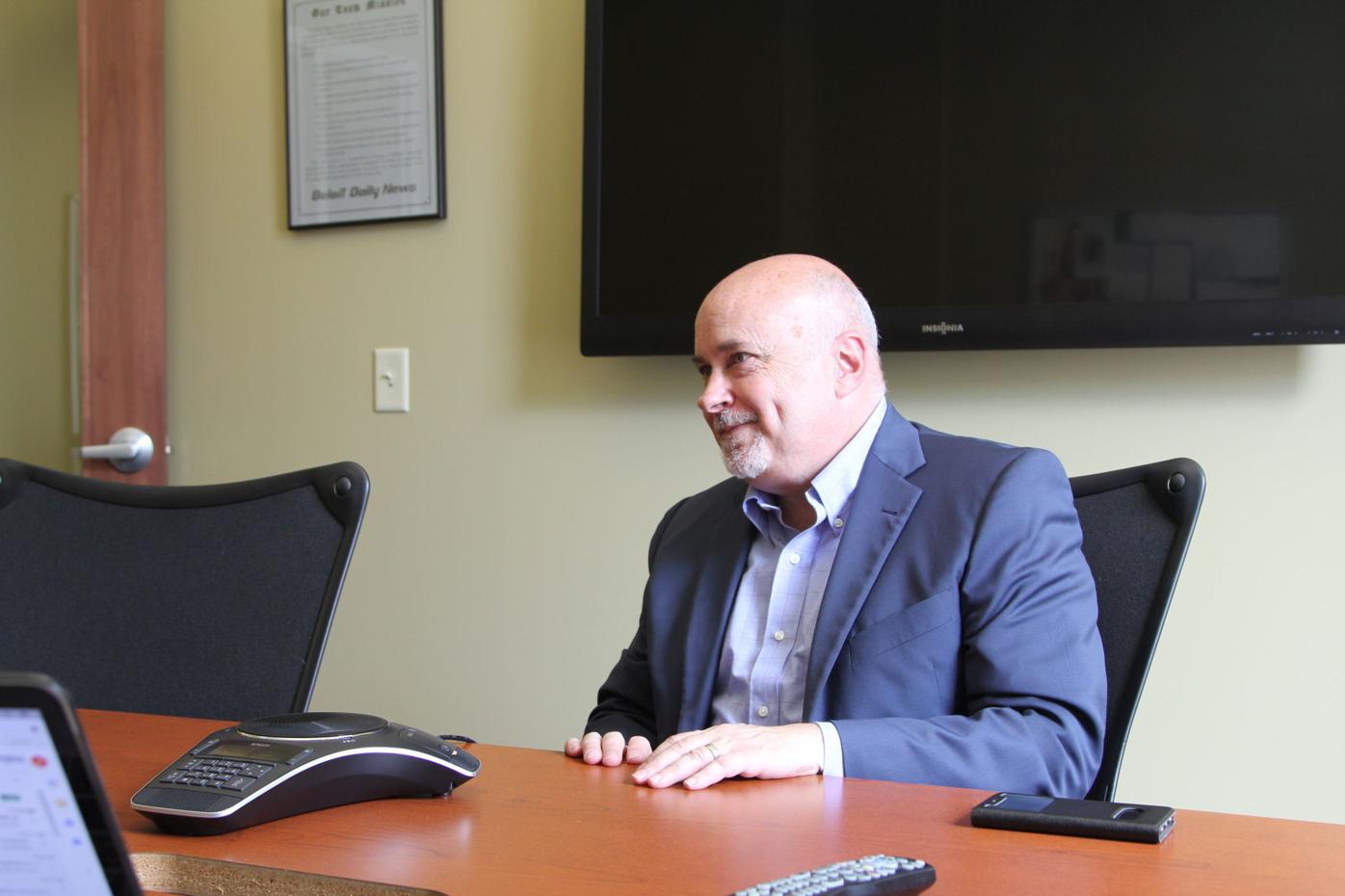 Rep. Mark Pocan, D-Madison, speaks to members of the Beloit Daily News editorial staff on Tuesday during a district visit in Beloit. 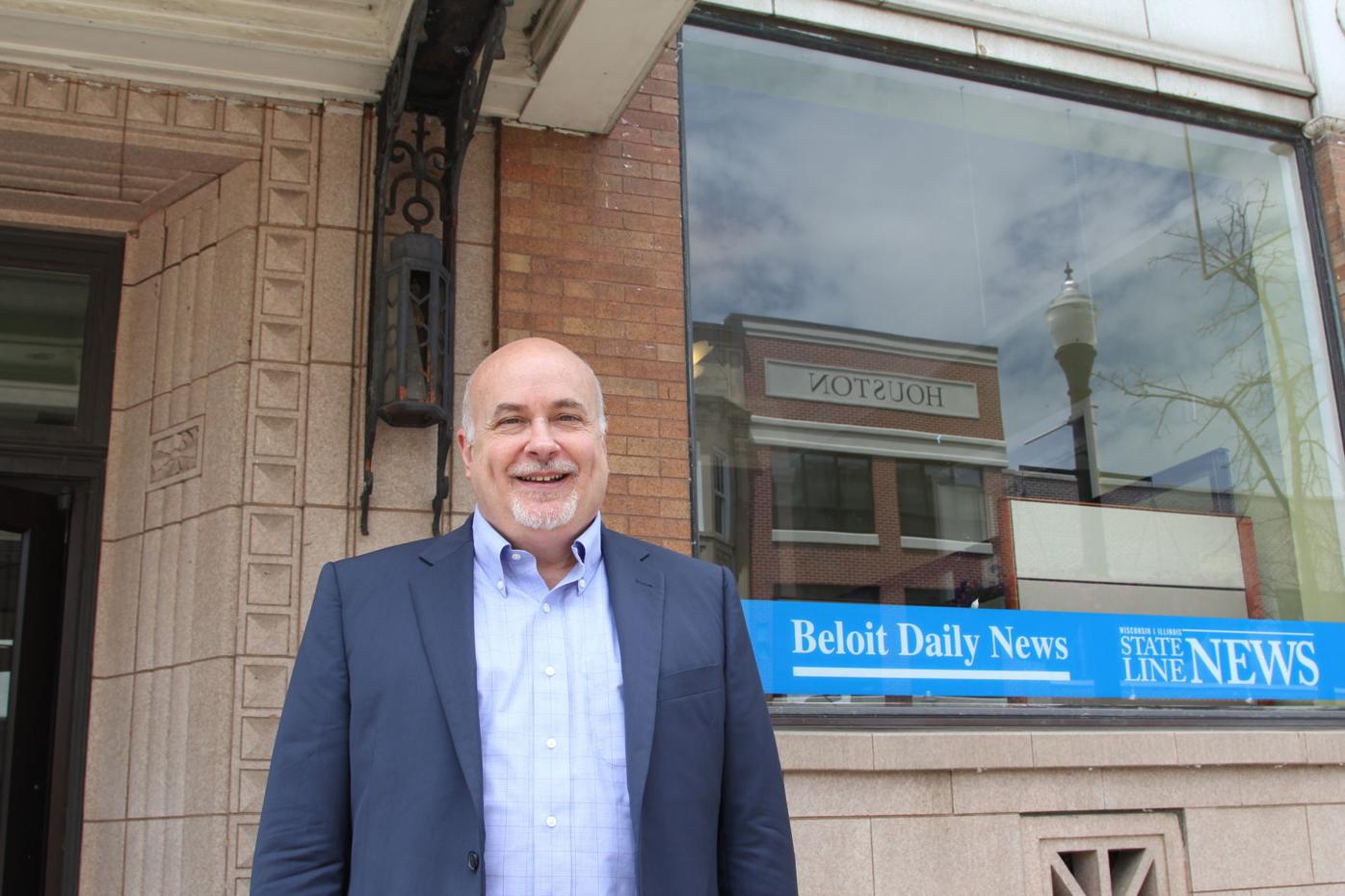 U.S. Rep. Mark Pocan, D-Madison, made in-person district visits for the first time since the onset of the COVID-19 pandemic on Tuesday, dropping by Beloit and surrounding communities.

Rep. Mark Pocan, D-Madison, speaks to members of the Beloit Daily News editorial staff on Tuesday during a district visit in Beloit.

U.S. Rep. Mark Pocan, D-Madison, made in-person district visits for the first time since the onset of the COVID-19 pandemic on Tuesday, dropping by Beloit and surrounding communities.

BELOIT — Reaching a consensus on a massive infrastructure package and jobs bill will be the two biggest priorities, and the foremost challenges, for Congress heading into the final half of 2021, according to U.S. Rep. Mark Pocan, D-Madison.

During a stop at the Beloit Daily News, Pocan touched on a range of subjects, from the congressional response to the Jan. 6 U.S. Capitol insurrection to various legislative packages circulating around Washington.

“The atmosphere in Washington is pretty tough right now,” Pocan said. “We have to get things done and help the economy continue to recover as we move into a post-COVID world.”

Pocan said a major hindrance to bipartisanship continues to be the politicization of key issues, from infrastructure spending to immigration.

“A lot of direction for the Republican Party is unknown right now,” Pocan said. “For us, it’s the opposite problem. We have the narrowest of margins and we are proud to have passed the American Rescue Plan.”

Pocan said he felt the country was slowing beginning to get back to normal after the pandemic, citing ongoing vaccination efforts.

“I think we will get to that 70% fully vaccinated number by July,” Pocan said. “But we are still hearing issues from employers on COVID-19 hesitancy. That’s why we all need to do our part.”

According to the CDC, 51.6% of residents in the United States have received one COVID-19 vaccine dose and 42.1% of Americans have completed vaccination.

With no action yet on a response to the violence at the Capitol, Pocan said House Speaker Nancy Pelosi, D-California, should appoint a committee and proceed with an investigation into the fateful day.

Pocan was across the street from the Capitol on Jan. 6 and was preparing for an election challenge to Wisconsin’s vote total by Republicans. He and other lawmakers were placed on lockdown for hours before Congress returned to open session to finish general election certifications.

“We should have it in a committee that is centralized at one spot and will be something for the history books to remember. It’s a shame it’s been politicized in the short-term,” he added.

Pocan also favors an national standard for voting rights to counter voter suppression efforts. Based on the misinformation and false reports of voter fraud, Pocan urged lawmakers to support the creation of national standards to counter the patchwork of election laws in various states.

“I think national standards will be the most important thing going forward to protect the right to vote, which is a fundamental part of our democracy,” Pocan said.

With a deadlock over President Joe Biden’s wide-ranging infrastructure plan and seemingly no Republican support, Pocan said “there is some talk” about splitting the massive package into smaller bills.

A version of the infrastructure bill passed the Democrat-controlled House, but does not have a clear path yet to passing in the Senate, Pocan said.

“Even with Republicans not willing to work with us, they aren’t going to stop what’s happening,” Pocan said. “They are just not going to have a say.”

With immigration remaining a highly politicized issue, Pocan speculated that minimal progress could be made in the near future to address critical issues facing the nation’s immigration system. On Monday, the U.S. Supreme Court ruled that thousands of people living in the U.S. for humanitarian reasons were ineligible to apply to become permanent residents. The ruling states that federal immigration law prohibits people who entered the country illegally and now have temporary protected status to remain in the country.

“If things were more normal, we would go back to finding a pathway to citizenship and greater protections for all immigrants,” Pocan said. “Now everything is so much more difficult from the hangover of (President) Donald Trump and how politicized the issue became during his administration.”

With no news yet on the future location of the U.S. Postal Service (USPS) Beloit office, Pocan said his office was in the dark and had no information on what lies ahead for the relocation effort. In December of 2020, it was reported by the Beloit Daily News that the Beloit post office was seeking a new location. Since then, no details have been released about the project.