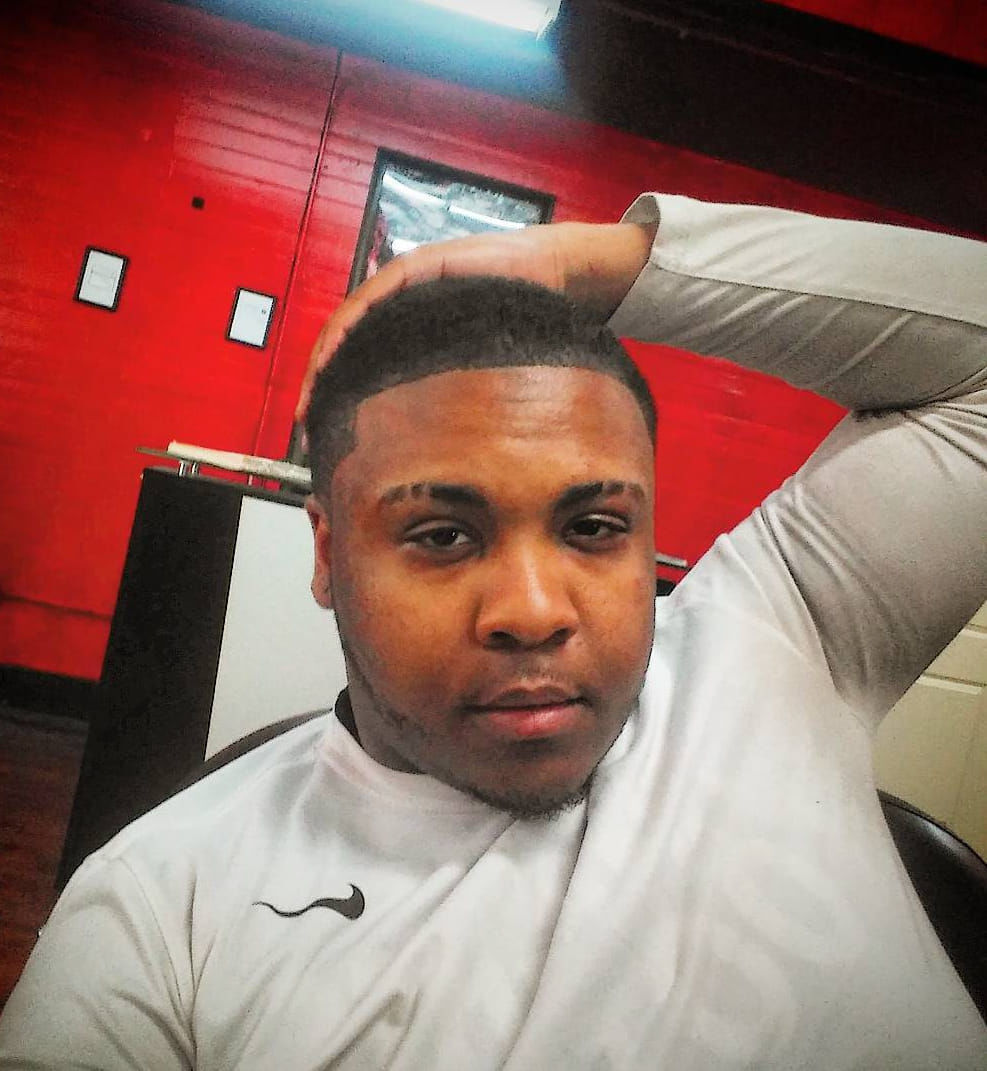 Drevian T. Allen, Sr., 25, of Beloit, was identified by family as the man who was shot and killed in the June 7 gun-related homicide in Beloit. 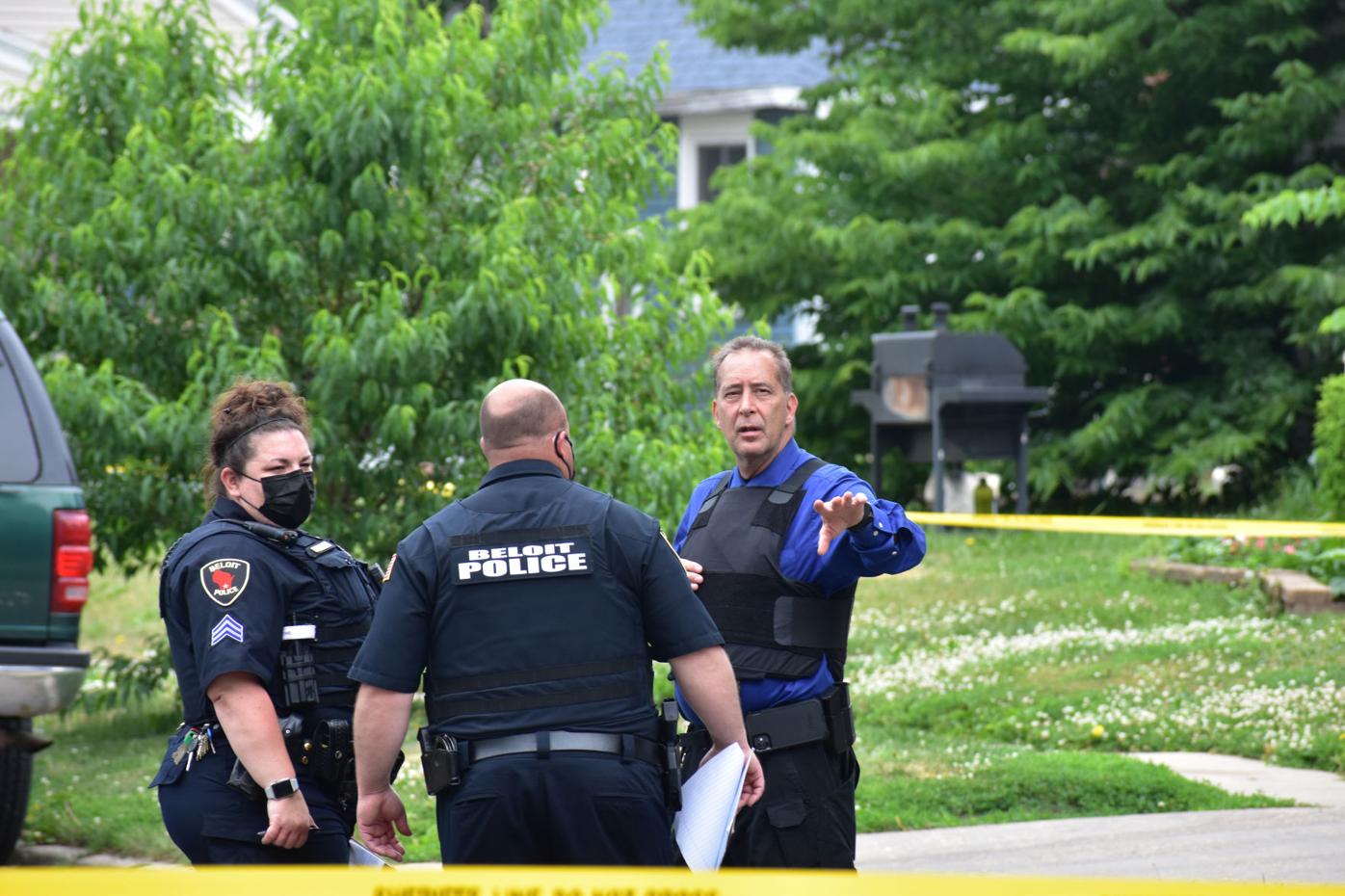 In this June 7, 2021 Beloit Daily News file photo, Lt. of Detectives John Kaltenbrun (at right) speaks to members of the Beloit Police Department command staff at the scene of a June 7 fatal shooting in the 1700 block of Porter Avenue.

Drevian T. Allen, Sr., 25, of Beloit, was identified by family as the man who was shot and killed in the June 7 gun-related homicide in Beloit.

In this June 7, 2021 Beloit Daily News file photo, Lt. of Detectives John Kaltenbrun (at right) speaks to members of the Beloit Police Department command staff at the scene of a June 7 fatal shooting in the 1700 block of Porter Avenue.

BELOIT — Two of the three Beloit teens charged in connection with the June 7 fatal shooting on Porter Avenue in Beloit are in custody, with an arrest warrant still active for the alleged gunman, according to Rock County Circuit Court records and the Beloit Police Department.

The department said in a Facebook post on Friday afternoon that Elontae M. Phiffer, 18, and Damon E. Allen, 19, turned themselves in to authorities at the Rock County jail at around 3 a.m. on Friday.

A third suspect, who is identified as the possible gunman in the case, Journee R. Weathers Jr., 19, remained at-large as of Friday afternoon. Anyone with information regarding Weathers’ whereabouts and this incident is asked to call the Beloit Police Department at (608) 757-2244 or Crime Stoppers at (608) 362-7463. Individuals can send an anonymous tip online using P3TIPS.COM/482.

At around 11:30 a.m., Beloit police responded to the 1700 block of Porter Avenue in response to a report of a gunshot victim. When police arrived on scene, the mother of the 25-year-old male victim was attempting to stop the bleeding to her son’s head and mouth, the complaint said.

The victim has been identified by family members as Drevian T. Allen Sr., to the Beloit Daily News.

The following is a summary of accounts given to authorities and cited in a Rock County Circuit Court criminal complaint:

Police investigations indicated that Drevian Allen previously had been fighting with Elontae M. Phiffer, 18, regarding a grey Pontiac Grand Prix that the victim had previously purchased from Phiffer and Phiffer wanted the victim to pay for the vehicle, the complaint said.

The vehicle had been purchased by the victim from Phiffer on June 7, and Drevian Allen had contacted Phiffer due to problems with the vehicle that were pointed out by a mechanic.

A witness told police that Phiffer and the victim were arguing over the vehicle and the victim said he was not going to pay for the Grand Prix, the complaint said, with a mechanic telling police that it should have been “towed and junked.”

Phiffer told the victim that he had something for the victim and then got in his car and left. Phiffer then came back approximately 15 minutes later with two other black males in his vehicle, the complaint stated.

The two passengers, Journee R. Weathers Jr., 19, and Damon E. Allen, 19, got out of the vehicle with Phiffer pulling a black handgun from his shorts, which he then gave to Weathers, the complaint states.

Phiffer then attempted to fight Drevian Allen, with Allen’s mother standing between the men.

A fight ensued, with Phiffer pushing Drevian Allen’s mother away while also punching him, the complaint said. Following the punch, Weathers allegedly pulled the handgun and fired two shots, both striking Drevian Allen at point-blank range.

The three defendants then all fled the scene northbound on Porter Avenue.

The events that unfolded in front of the home on Porter Avenue were captured on video surveillance from a nearby home, showing the alleged perpetrators and the alleged gun being handed off by Phiffer to Weathers, with the camera also capturing Drevian Allen laying in the driveway as the defendants leave the scene.

The first homicide for the year occurred on March 30 in the 1300 block of West Grand Avenue when Jordan Jefferson, 33, was shot and died of his injuries. No suspects have been arrested in his death.

The department will hold two listening sessions next week aimed at reducing violent crime citywide. The events will take place from 6 p.m. to 7:30 p.m. Tuesday, June 22 at Vernon Park and at the same time on Wednesday, 23 at Summit Park. Hot dogs, chips and water will be provided.

Arrangements for Drevian Allen are pending with Hansen-Gravitt Funeral Home, 424 Prospect St., Beloit. Online condolences can be viewed and shared at www.hansengravitt.com.