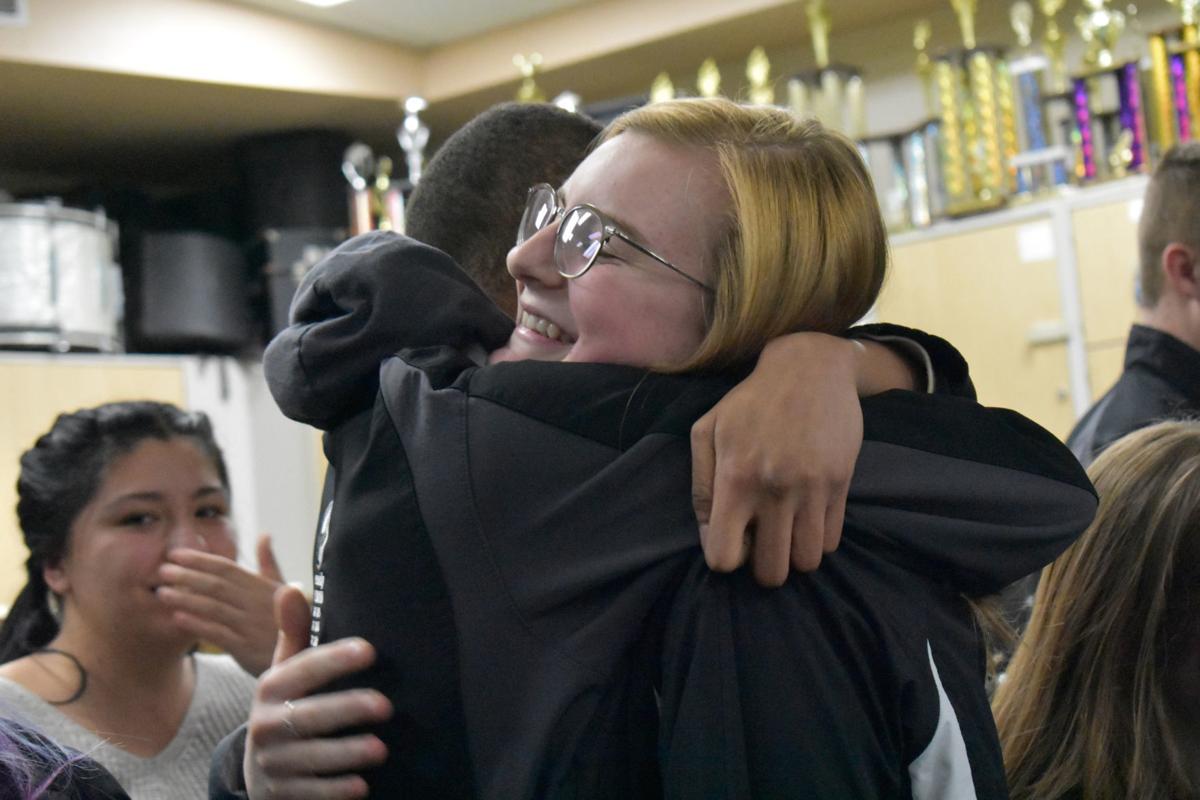 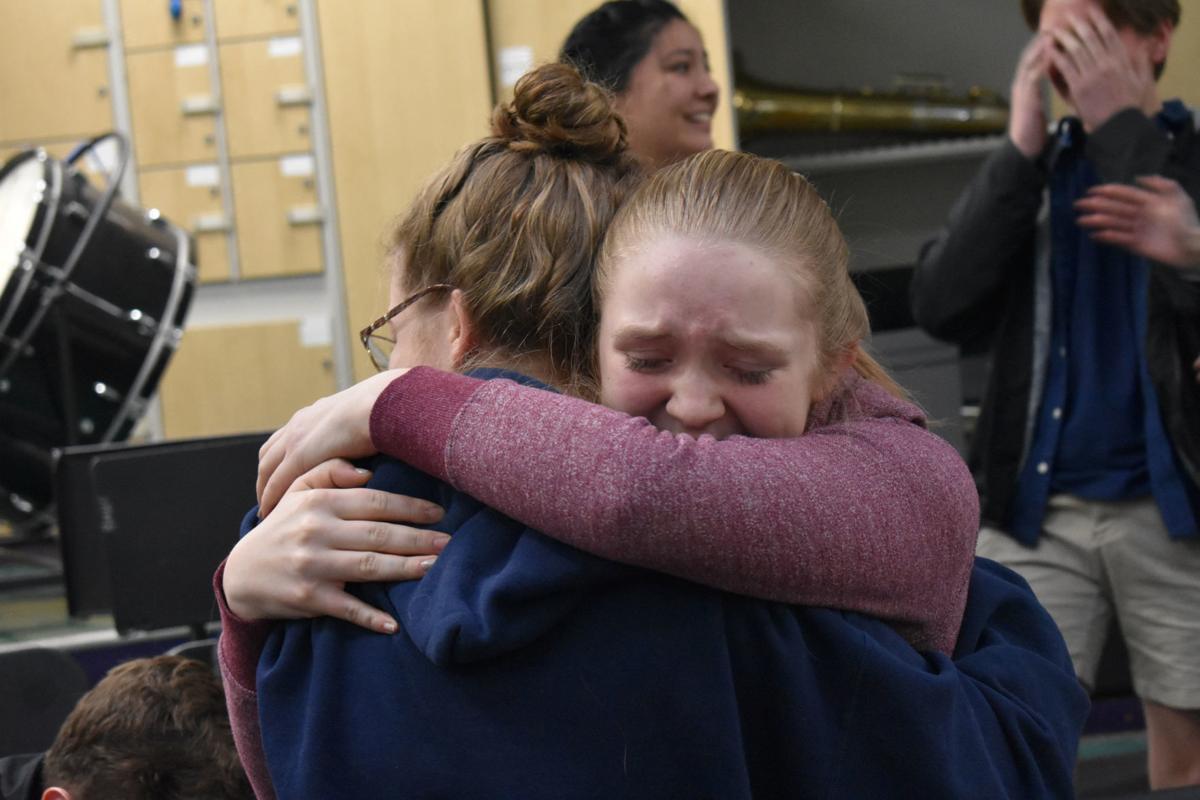 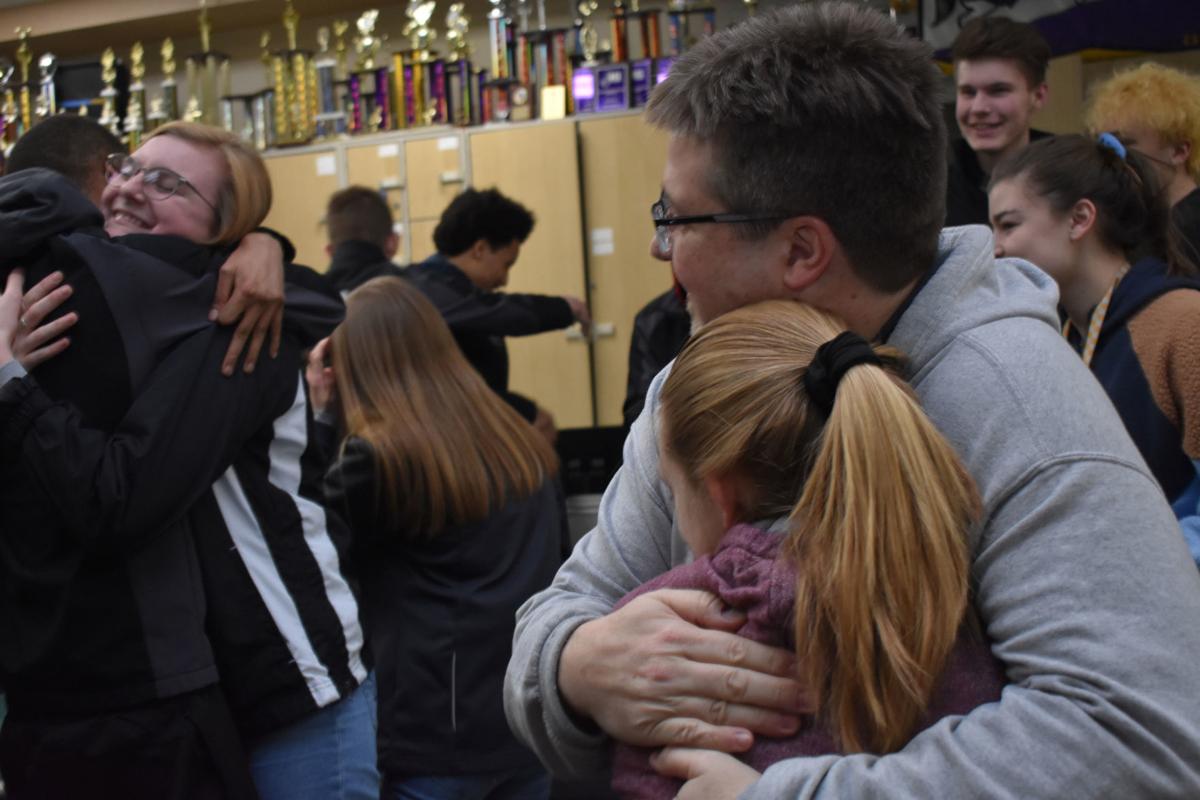 BELOIT—Beloit Memorial High School was filled with whoops and squeals on Wednesday evening as Jazz at Lincoln Center announced its Jazz Orchestra is among the 18 finalists to compete at the 25th Annual Essentially Ellington High School Jazz Band Competition and Festival.

Known as the “Super Bowl” of jazz, the festival is one of the most innovative jazz education events in the world. Beloit Memorial High School was selected from a competitive pool of 106 bands.

This year’s competition will be held May 7-9, 2020 at Jazz at Lincoln Center’s Frederick P. Rose Hall, nicknamed the “House of Swing.” At the festival, students will participate in workshops, jam sessions and sectionals before competing for top honors. Following the competition events, a concert and awards ceremony will take place featuring this year’s top three bands alongside the Jazz at Lincoln Center Orchestra with Wynton Marsalis.

This marked the ninth time the orchestra was selected to attend the Essentially Ellington High School Jazz Band Competition and Festival in New York City in 12 years.

Sophomore Mitchell said she would be going for the first time as well as tenor saxophone player Natalie Bosco. The girls said there was a lot of build up and hard work leading up to Wednesday’s big announcement.

At around 5 p.m. students and Director Chris Behrens gathered in the band room to live stream footage announcing the bands selected. Unlike other years where Behrens received a call ahead of time, everyone was surprised at the same time during the announcement. After the news, orchestra members and Behrens headed for the pool to alert trombonist Caleb Otto of the news while he was swimming. The crew then celebrated with some pizza brought in by proud moms.

Behrens was thrilled with the win given the competitive nature of the 25th annual festival. He said there were 13 seniors last year, but noted the younger students really showed talent to keep the orchestra going strong.

“We have younger students waiting in the wings to step in,” Behrens said.

When asked how the orchestra was able to score another win, tenor saxophone and clarinet player Sydnee Galvin said, “You can tell how much we care about the music and how much it means to us through song.”

Galvin and trombone player Jason Watkins will be attending the festival for the second year in a row.

Watkins, originally from a small town in Tennessee, is eager to return to the Big Apple.

“To see New York was a movie—beautiful,” Watkins said.

Watkins said he loves the depth of jazz music.