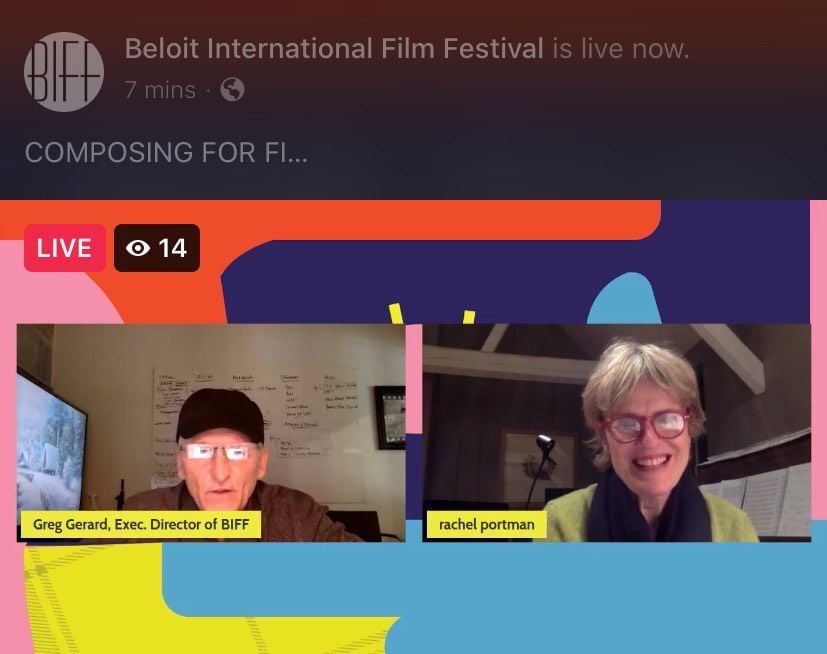 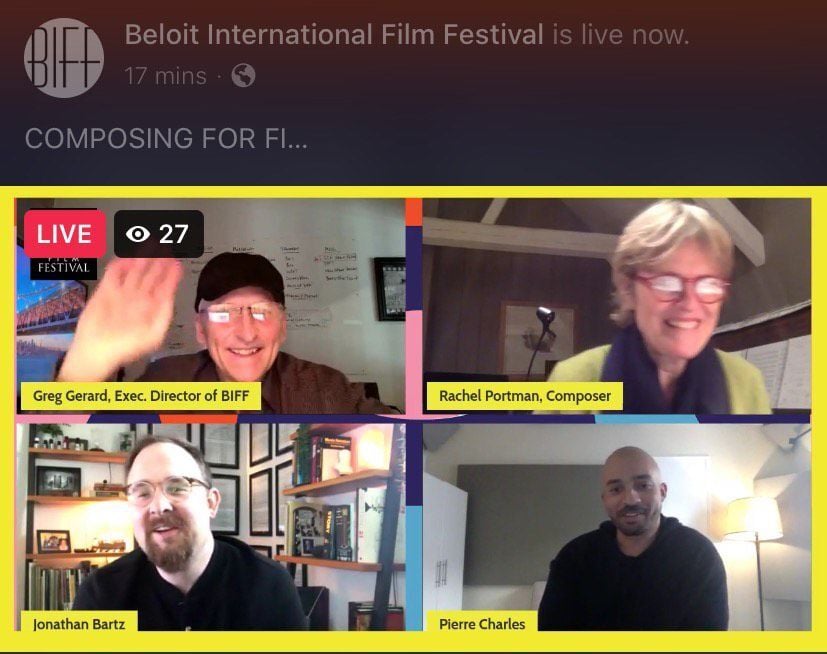 BELOIT—As part of this year’s Beloit International Film Festival, organizers welcomed a few special guests for a question-and-answer session about composing music in the film industry.

Academy Award-winning composer Rachel Portman, 60, said she fell in love with composing music as a teen and later pursued a career doing so.

The virtual presentation on Friday was one of multiple such events planned for the 16th Annual Beloit International Film Festival (BIFF).

During the event, which was live streamed on the BIFF Facebook page and YouTube channel, BIFF Executive Director Greg Gerard and Portman offered commentary while showing clips from movies such as “Chocolat” (2000), “Emma” (1996), “Never Let Me Go” (2010) and more.

Charles recalled when he was a student at BMHS, he was part of the school’s wind ensemble playing a score titled “Atlantis,” written by Bartz. The students at the time performed at a national competition in Tennessee.

“Now that’s funny that we’re both on this panel together,” Charles said.

The exchange involved discussion on topics ranging from working with different directors, finding inspiration for scores, balancing work and personal life and ways to be unique.

“We are really porous as musicians,” Portman said. “It all comes from something that we loved or listened to as kids, and a lot of composers are really clever with working with things they’ve been influenced by or really loved.”

Portman touched on how writing music for comedy films is challenging. Portman said that’s because the composer needs to add a light touch while also not making it too obvious that viewers should laugh at certain moments.

Asked by Bartz about how she navigated a career in composing, which has long been a male-dominated area of the film industry, Portman said she focused on her own work and never gave up.

Portman added that more and more women are entering the composing field and being credited for big movies or shows. She said the industry is catching up in terms of representation.

“I was totally determined, and that would be my advice to anyone who is young. You’ve got to be really tenacious and learn everything. Be prepared to do all aspects of it,” Portman said.

Gerard said he was thrilled to bring the three composers together virtually to share their wealth of knowledge with viewers.

To watch a recording of the entire event featuring Portman, visit the BIFF Facebook page or go to their website, www.beloitfilmfest.org.