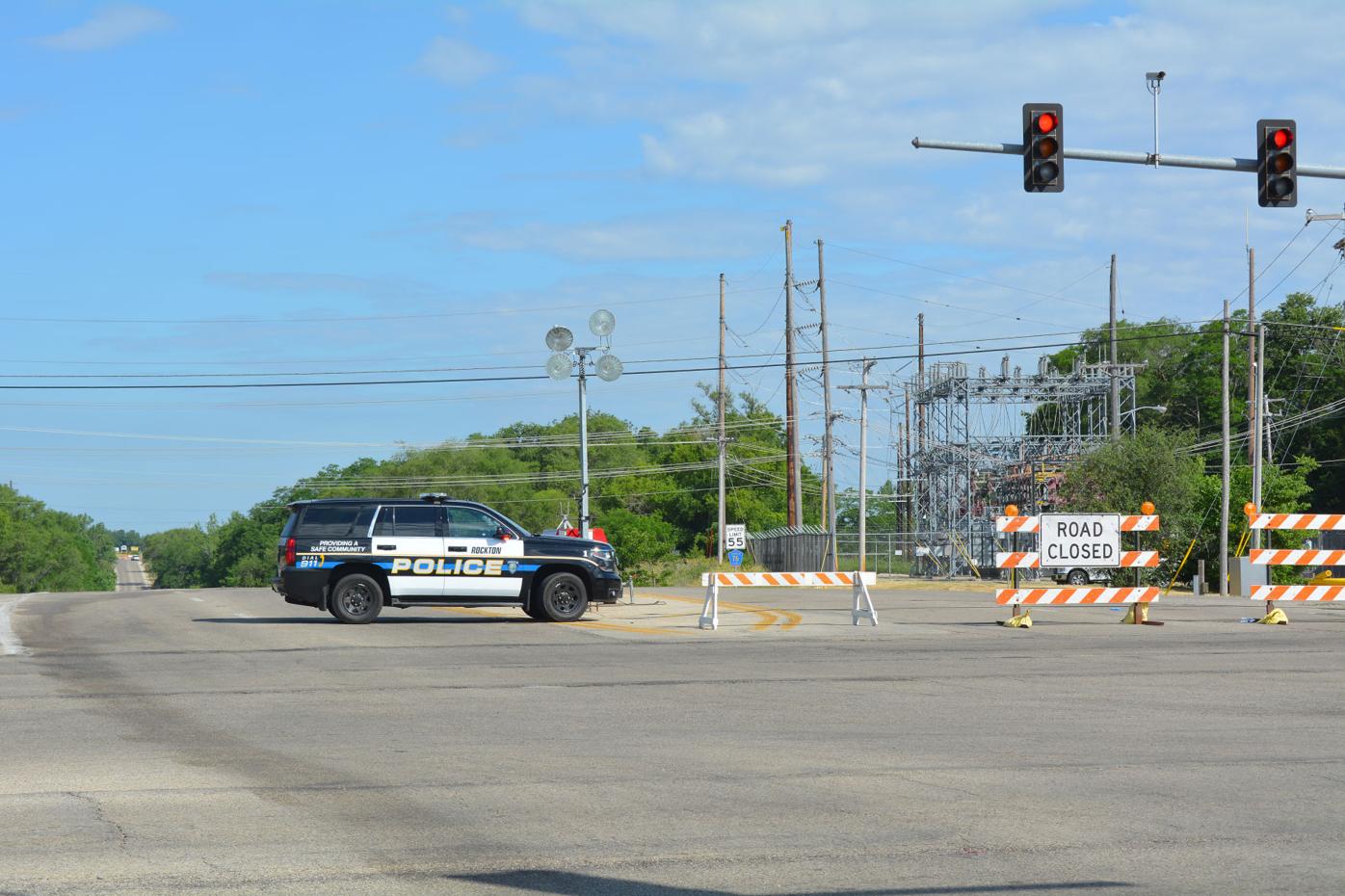 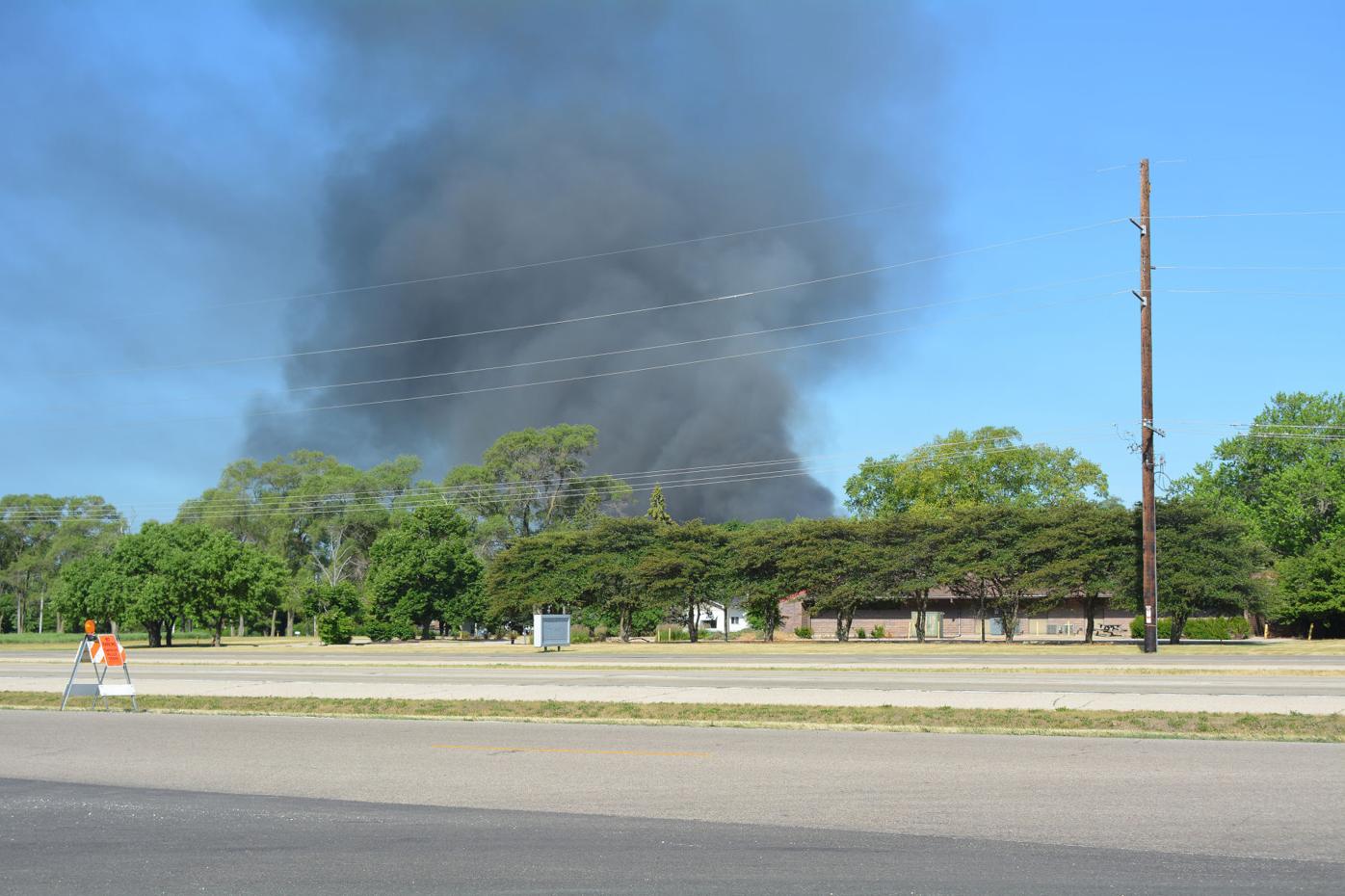 Black smoke continues to rise from the Chemtool plant in Rockton Township Tuesday morning. The fire at the lubricant plant began early Monday morning and continues to burn today. 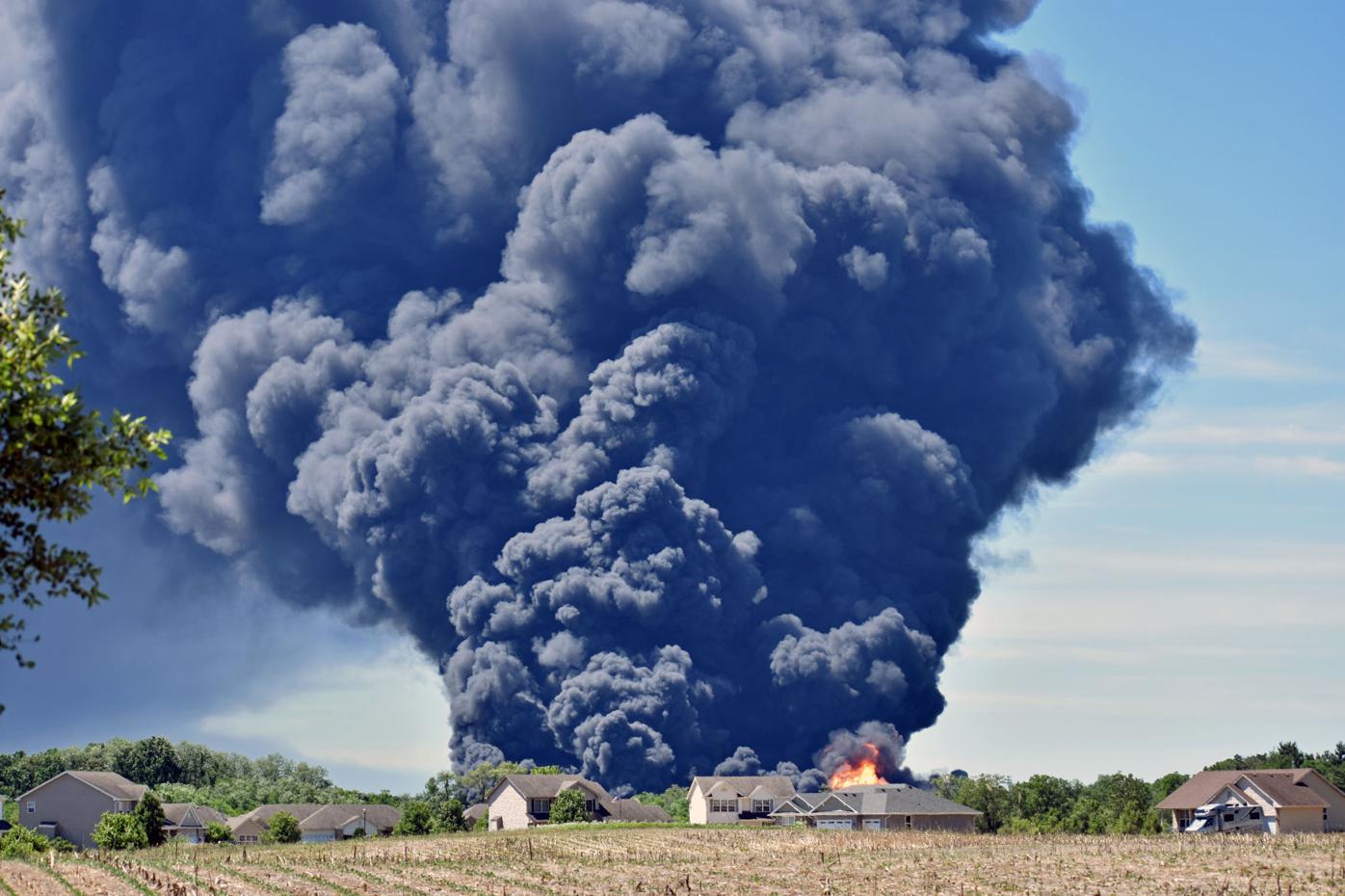 The Chemtool industrial fire in Rockton Township is seen from Carbrey Avenue in South Beloit on Monday. Residents near the plant were urged to evacuate. 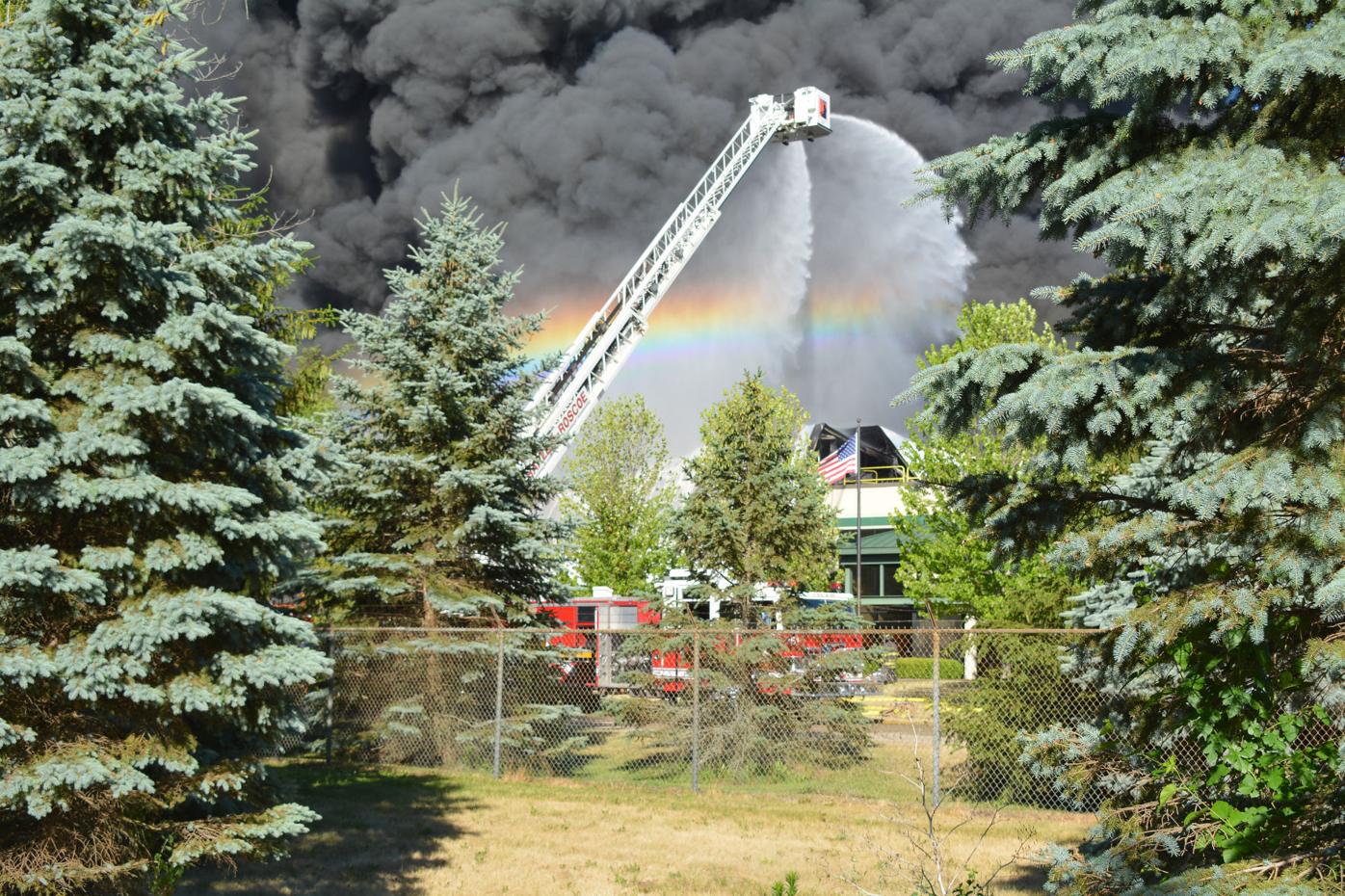 Firefighters battle a fire Monday at Chemtool in Rockton Township. About 40 agencies were on the scene to help battle the industrial fire.

Black smoke continues to rise from the Chemtool plant in Rockton Township Tuesday morning. The fire at the lubricant plant began early Monday morning and continues to burn today.

The Chemtool industrial fire in Rockton Township is seen from Carbrey Avenue in South Beloit on Monday. Residents near the plant were urged to evacuate.

Firefighters battle a fire Monday at Chemtool in Rockton Township. About 40 agencies were on the scene to help battle the industrial fire.

ROCKTON — An air pollution complaint against the Chemtool plant in Rockton has been referred to the Illinois Attorney General by the Illinois Environmental Protection Agency (IEPA).

The complaint cites violations of the Illinois Environmental Protection Act and Illinois Pollution Control Board Regulations related to the chemical fire and release of pollutants to the atmosphere, according to a press release issued by the EPA.

The referral asks the Attorney General to pursue legal action and require Chemtool to stop the release and provide documentation to the Illinois EPA including the cause of the fire, and an estimate of the nature and amount of any emissions of sulfuric acid mist, particulate matter, and other air contaminants emitted as a result of the fire, the press release stated.

The evacuation of people who live in a mile radius of the plant continued into a second day Tuesday.

Authorities said a low level of hydrogen cyanide was detected near a fence line on the the property on Tuesday, but ground air quality in the area was at safe levels.

Winnebago County Public Health Administrator Dr. Sandra Martell said more than 30 devices are monitoring air quality in the area. While the plume of black smoke had reduced in size, the air quality will be monitored further as layers in the atmosphere may drop overnight.

“We want to make sure what we can’t see is of high quality,” Martell said.

Rockton Fire Chief Kirk Wilson said crews made progress on fighting the fire Tuesday and the smoke plume had dissipated substantially. A U.S. industrial fire fighting group was on scene putting copious amounts of water on the fire. No runoff into the Rock River was detected.

“Fire suppression efforts are positive, and things are working in our favor. You can see a little smoke in the distance but not as heavy as it was this morning,” Wilson said.

Officials said trenches dug on the site are collecting runoff and those with the Office of Emergency Response with the Illinois EPA are taking samples from the Rock River to check for contaminants.

The American Red Cross of Northwest Illinois chapter helped 11 people shelter overnight on Monday and assisted with a steady stream of people stopping in at Roscoe Middle School during the daytime hours on Tuesday. The school has wifi internet service, is temperature controlled, provides TVs for news footage, can give the latest updates on the disaster and can assist with pets.

“It’s a one-stop shop where they can get all the services they need and pertinent information,” said executive director of the American Red Cross of Northwest Illinois chapter Leslie Luther. “It’s not ideal, but we try to make this as comfortable as possible.”

Luther said several people brought their cats, which are in kennels. There is also a service dog on site. Partners are on standby to help take more pets if necessary.

The Red Cross provided food and water and assisted clients in getting their medications with coordination with healthcare providers as they were unable to obtain them from their homes after being evacuated. Clients who had home health aides were able to meet with their aids at the shelter. The Red Cross also has staff on hand to help people with disabilities and those who may need interpreters.

Thanks to generous donors, people were able to get food from Domino’s, Pizza Hut, Texas Roadhouse, Subway, McDonald’s and more. Activities such as games and cards are available as well as TV.

The school has cots set up and can hold up to 125 people.

“We have partners on standby if more room is needed,” Luther said.

“We’ve had so much cooperation from local, state and federal authorities in getting resources to mitigate this unfortunate situation,” Wilson said. “They are good at what they do and we want to make sure we have our situation under control so as to not compromise the village or any of our waterways.”

If the fire were to continually burn without fire prevention efforts, Wilson speculated the fire could last for up to seven days. A total of 500,000 gallons of oil remain burning, and were a source of multiple explosions on Monday morning and Monday afternoon.

Environmental protection efforts preceded the foam deployment on the burning oil to protect the nearby Rock River. Trenches were dug along the west side of the plant on Prairie Hill Road, and absorbent booms were placed in the river as a further precaution.

“We want to make sure that’s in place before we start firefighting,” Wilson said. “We want to protect the scene, the public and the environment in general. We cannot let this turn into a nightmare scenario where something happens. We rely on the Rock River and our aquifers.”

Those who have fire debris on property are asked to handle the debris with care while wearing gloves or using tools to pick up debris to be disposed of. Debris should not be touched with bare skin, Wilson stressed.

A total of 84 departments and agencies have responded to the incident, with crews working on eight-hour operational periods with five ladder trucks and five firetrucks and three ambulances per shift.

A hotline has been established for those with questions about the fire. Those in need of assistance are asked to call 815-972-9300 or email rocktonchemfire@wchd.org.