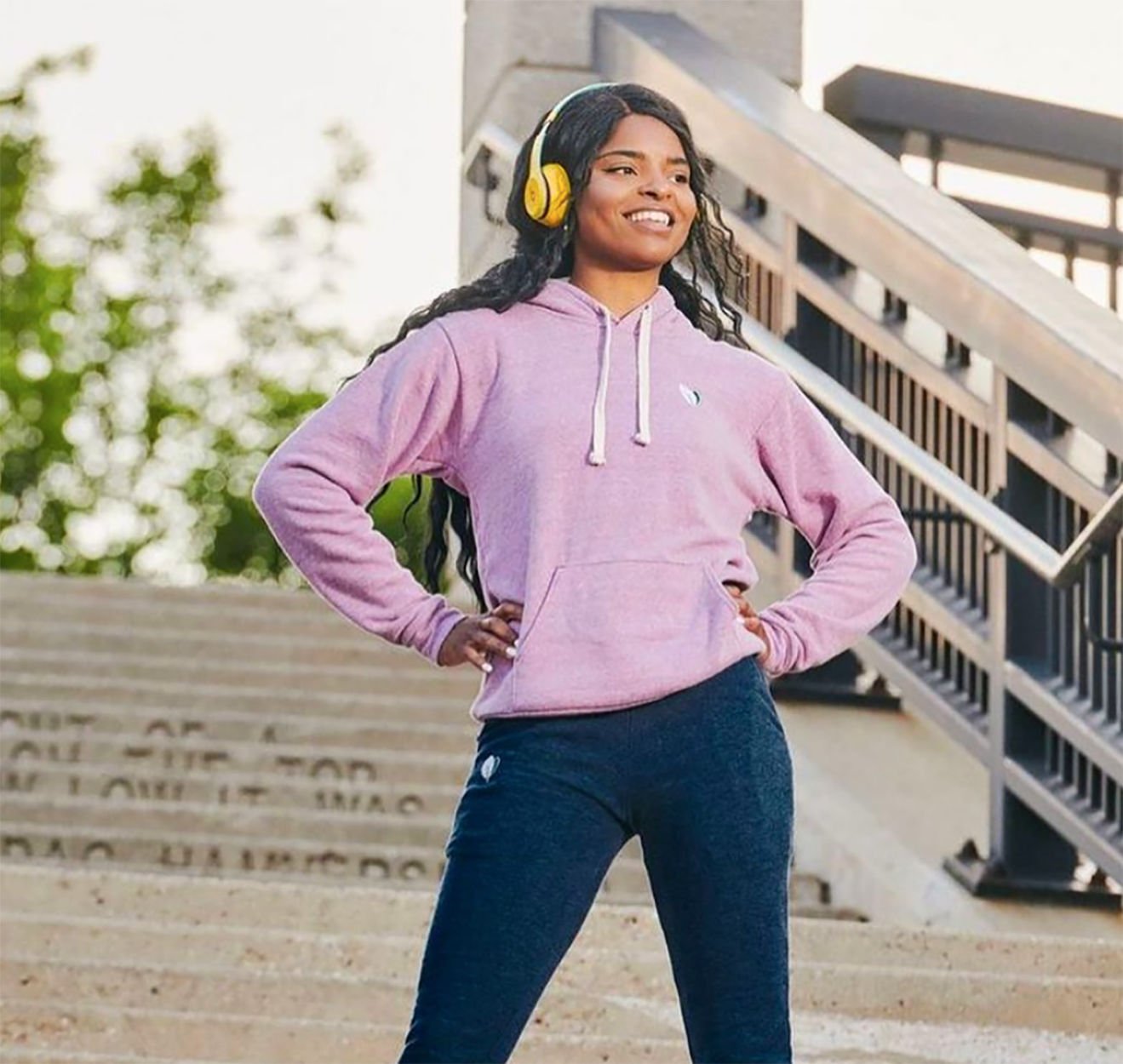 Monique Stevens, a friend of the Aktibo team and a former college student in Milwaukee, is shown wearing the popular 100% eco-friendly Aktibo hoodie. 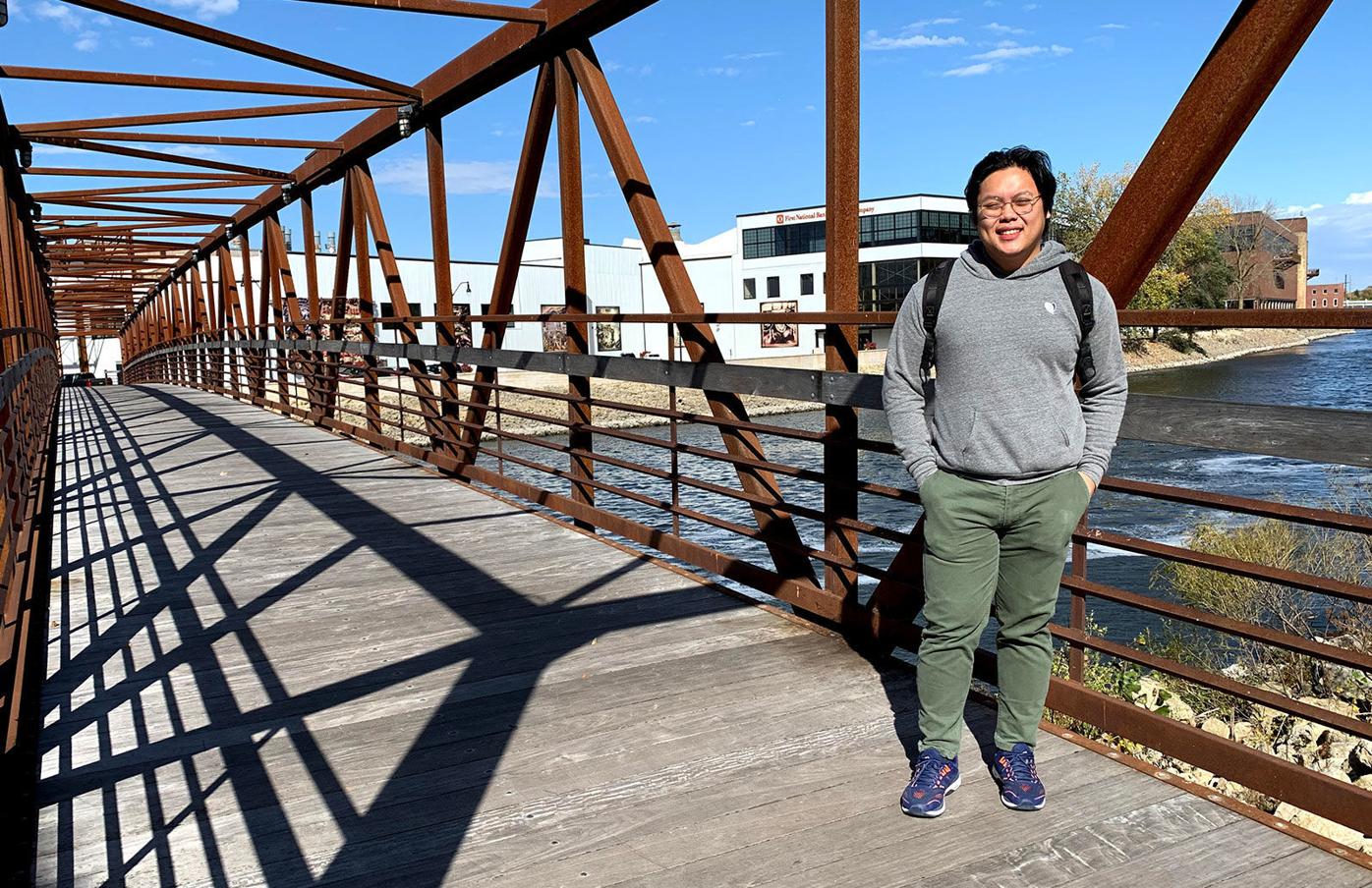 Johann Hayag, Chief Strategist and Founder of Aktibo Athletics, stands on the pedestrian bridge that crosses the Rock River in Beloit in front of the campus of IronTek. 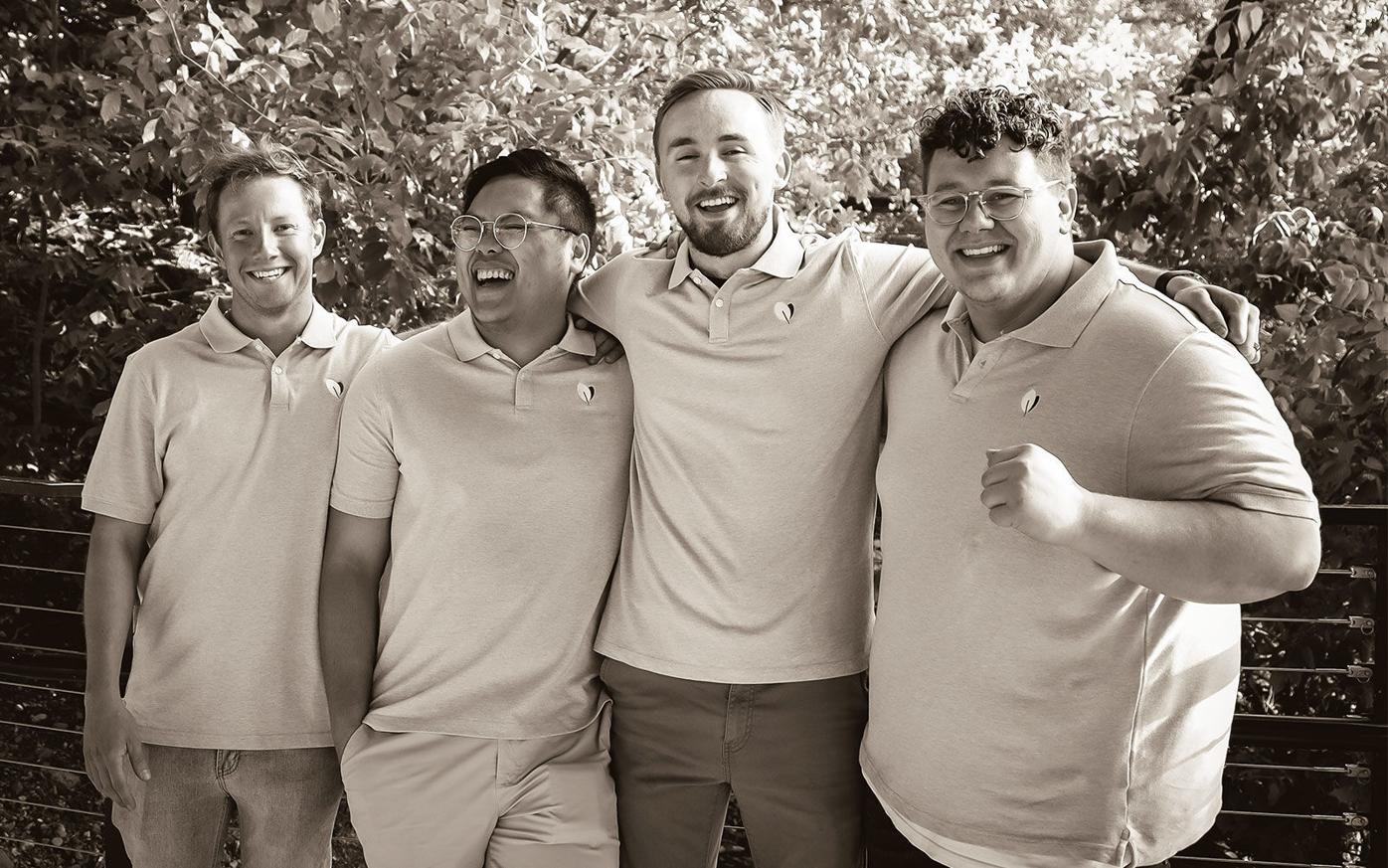 (From left): The Team at Aktibo Athletics is Colin Carey, Johann Hayag, Zach Kentner and Riley Kentner. Not pictured is Kyle Paus.

Monique Stevens, a friend of the Aktibo team and a former college student in Milwaukee, is shown wearing the popular 100% eco-friendly Aktibo hoodie.

Johann Hayag, Chief Strategist and Founder of Aktibo Athletics, stands on the pedestrian bridge that crosses the Rock River in Beloit in front of the campus of IronTek.

(From left): The Team at Aktibo Athletics is Colin Carey, Johann Hayag, Zach Kentner and Riley Kentner. Not pictured is Kyle Paus.

ROSCOE — “Aktibo means ‘active’ in my native Philippine language, Tagalog,” said Johann Hayag of Roscoe, founder and chief strategist of his own clothing company, Aktibo Athletics. “I wanted our name to represent something familiar to me and yet be different.”

Hayag was raised in a home conscious of where things came from and where they go. Hayag grew up watching his mother, Millicent turn useless things into useful things.

“She was always remaking older clothing into something new and better. My sisters even wore dresses mom remade to their proms.”

So, Hayag said he decided to pursue his own eco-friendly clothing line.

The Hayag family is originally from the Philippines.

After 9/11 they moved to the states, beginning their circuitous path eventually settling in Roscoe where Hayag’s father Jonathan accepted the position of pastor at United Methodist Church, and has since retired.

Landing in Roscoe during his middle school years, Johann found a feeling of peace and safety he had not previously experienced.

After graduating from University of Illinois, Chicago, Hayag chose to take a gap year before continuing his education. He moved from Chicago back to Roscoe where his plan was to continue his studies.

Putting his chemistry degree to use, Hayag took a job at Kerry Ingredients in Beloit where he worked as a researcher and doing quality assurance.

Then COVID happened, causing Hayag to reflect on what he wanted to do as a human, “it was important for me.”

Knowing the time back in his hometown with his folks was a gift and a limited opportunity to save money, “I wanted to use this time—during the pandemic—to do something useful and productive. I’d had this idea for a while.”

The roots put down in Roscoe led to deep friendships. Hayag pitched his idea to several of his high school friends, not surprisingly they were like minded and wanted to be part of Hayag’s vision and have joined him in launching their new small business, Aktibo Athletics.

The core team at Aktibo Athletics consists of four other friends from Rockton’s Hononegah high school.

Zach Kentner is a co-founder with an electrical engineering degree.

Kentner’s cousin, Riley Kentner is the team’s creative director. He works on the visual look of the brand, the graphics, ads and the website. Riley Kentner currently lives in Arkansas.

Kyle Paus is the fifth member of the team, living in Colorado where he is currently working towards his degree in fashion design.

The team meets every other day in the virtual world of Zoom and Google chat rooms.

Initially the team thought to anchor their new business anywhere but Beloit.

After looking elsewhere the team landed on IronTek in the heart of Beloit—which is loaded with amenities and lots of opportunities for brand new start-ups.

The Aktibo team decided that locating their new business here in the midwest was the right business choice.

A brave undertaking in times “before,” this team took their shared vision from concept to launch in the short span of five months, during the pandemic shut down of life as we all knew it.

The fabrics used to make the athletic garments are made from recycled plastics, sustainably grown and harvested cottons and bamboo.

The fabrics are surprisingly soft and breathable—you would never guess upon feeling the fabrics that they are made mostly from recycled plastics.

It was very important for the entire team that everything be fair trade and eco-friendly.

The initial plastics used to create the threads and then fabrics are sourced from all over the world, “plastic pollution is a global problem,” Hayag said. “The garments are cut and sewn in the US. We pay more for our labor, because we did not want to be part of an industry that exploited any people.”

Polyester and spandex are fabrics we’re familiar with, which are made directly from oil.

The fabrics used by Aktibo are made by reusing plastics called recycled polyethylene terephthalate. “It’s basically recycled plastic bottles turned into fabrics and clothes instead of ending up in the landfills.”

Hayag’s early experiences as a powerlifter planted more seeds to his initial idea.

“Power lifting is tough on clothing, I had to buy a lot of it and it didn’t last very long. So many brands were not eco friendly. It was frustrating.”

When asked how the new company is going so far, “it’s going really well, we had a great launch.” The team took their idea from concept to launch in six months.

The team is very tech savvy and connected with numerous influencers via Instagram which helped build excitement prior to the launch and its initial success, #aktiboathletics, www.aktiboathletics.com

“It’s been a huge learning curve, but very exciting,” Hayag said. “ We have new ideas in the works, stay tuned.”