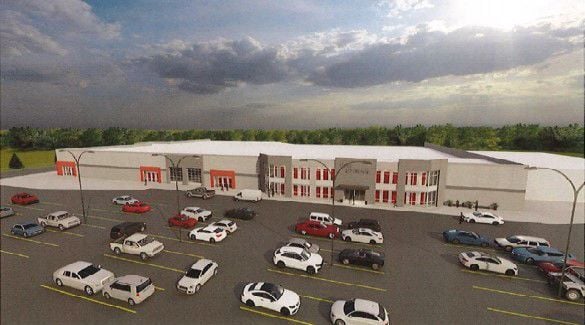 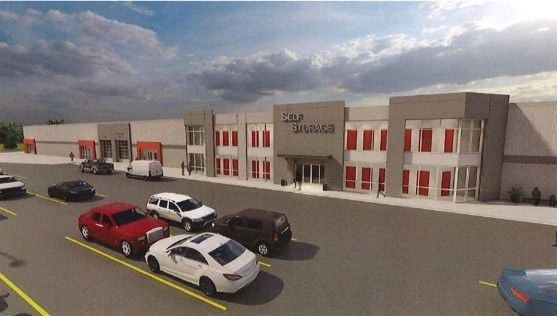 BELOIT — Beloit-area residents have weighed in and are mostly critical of a private development proposal to convert the former Shopko building on Prairie Avenue into a large self-storage facility, but city’s planning office says it can’t deny the proposal outright based on a preference to certain stores or industries.

An April 8 story regarding the conditional use permit request by Miami, Florida-based Larkspur Acquisitions to redevelop the vacant building received nearly 300 comments and 100 shares on Facebook.

Most residents were skeptical of the proposal, with most lamenting the loss of Beloit’s retail shopping base in recent years.

Residents called for the city to garner interest from big box stores such as Target and Fleet Farm, rather than an additional storage unit site.

“Very disappointing for sure we have so many of those eyesores plus dining no retail,” wrote Beloit resident Laura Ferguson. “If you wanna know the truth you say you want to keep money in Beloit but all of our money goes out of Beloit to go shopping for clothes and such because there’s nothing else but Walmart and I’m not buying my things there.”

Some commenters also said the building could be good for a grocery store.

Alternatively, a select few said they supported the proposal since it would make use of a property that’s been vacant since May of 2019. Shopko filed for bankruptcy protection in February of 2019.

“I remember when that was just a farmer field and that is where the circus setup shop,” said Michael Pascavis. “How times change. Well, at least something is being done with it. not just becoming an empty shell.”

Beloit resident Sue Kurth added, “It’s all about demographics. Stores want clientele that can afford to come in and buy not only small products but its more expensive ones. That is why Beloit gets passed by.”

As previously reported by the Beloit Daily News, retail options for the city have been few and far between since the Great Recession of 2008. Beloit’s industrial and manufacturing sector has taken off, while retail continues to to lag. That’s due to multiple factors, from Beloit’s median household income compared to larger communities like Janesville to the north and Rockford to the south.

In response to the numerous concerns raised by residents, the City of Beloit Planning and Building Services Division issued a lengthy statement on Facebook discussing the nuances of the conditional use permit process.

“The city cannot dictate what a private land owner does with a property as long as it is within the approved uses of zoning for their property,” the post reads. “We understand that there has been some community frustration that the property is not being considered for retail. The short answer is this: private businesses make determinations as to the feasibility of locating in particular areas, including population, expendable income in a community, and proximity to other existing stores.”

The Beloit Plan Commission recommended the Beloit City Council approve the conditional use permit request at a meeting last week, and as per statute, requires a public hearing before final review by councilors.

“This is a conditional use permit,” the post continues. “Therefore, the City Council cannot deny this application without substantial evidence…Personal preferences and speculation are not sufficient forms of evidence. All requirements and conditions imposed by the local government must be reasonable, and to the extent practicable, measurable.”

Patch, who owns the Commercial Property Group, has had experience working closely with national retailers about making a move to Beloit. Patch says companies often rely on their own demographic data but said the new report would allow for comparisons of data going forward.

“These companies are only going to go where it fits their business model,” Patch said. “It’s a helpful thing to have, and I will make sure it gets to the people who need to see it. Anything we can do to get attention is a good thing.”

Patch, who is in contact with brokers associated with various retail businesses, said a storage unit redevelopment of the Shopko facility “looks great, but it’s not the right use.”

Storage belongs in he industrial parks,” Patch stressed, noting that he spoke with various brokers about the Prairie Avenue site who said the price tag of the property had caused some developers to balk.

Patch declined to provide specific businesses the brokers represented, but said “three are in surrounding communities” in the Stateline Area.

With the Milwaukee Road corridor essentially full save in-fill development at existing properties, and the Shopiere area dependent on a future boundary agreement with the Town of Turtle, Patch said the Prairie Avenue corridor was “the only immediate area for retail development.”

An area market study published in 2020 known as the 10-Mile City Report, commissioned by the Greater Beloit Economic Development Corporation, shows the the area has a retail trade supply of $1.53 billion and consumer demand of $1.45 billion, leaving an $82 million spending gap that’s filled by consumer spending from outside the 10-mile area, the report said. But opportunities in specific industries have surfaced.