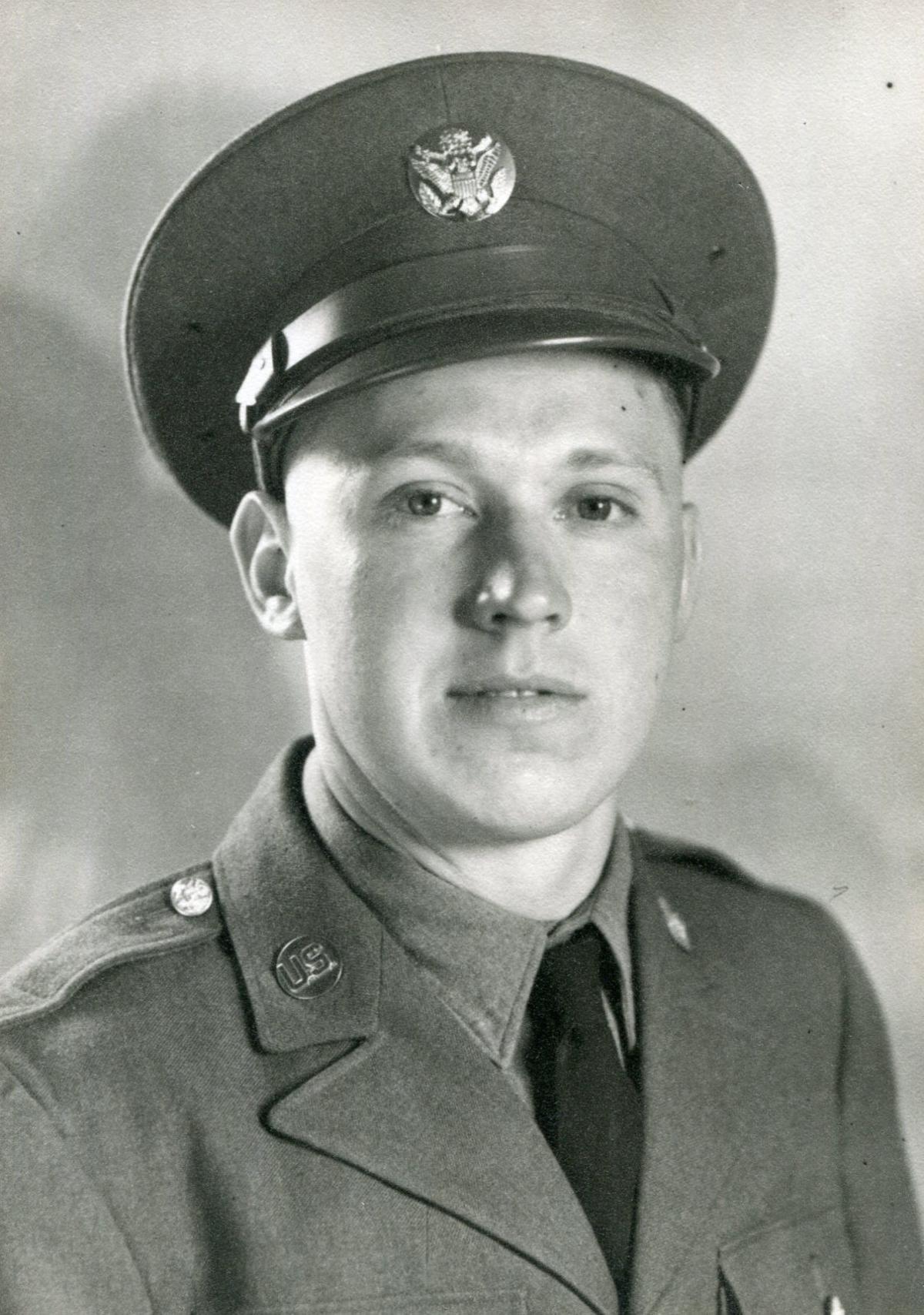 Marv Behling is shown after enlistment in the U.S. Army Medical Corps on Jan. 5 of 1942. 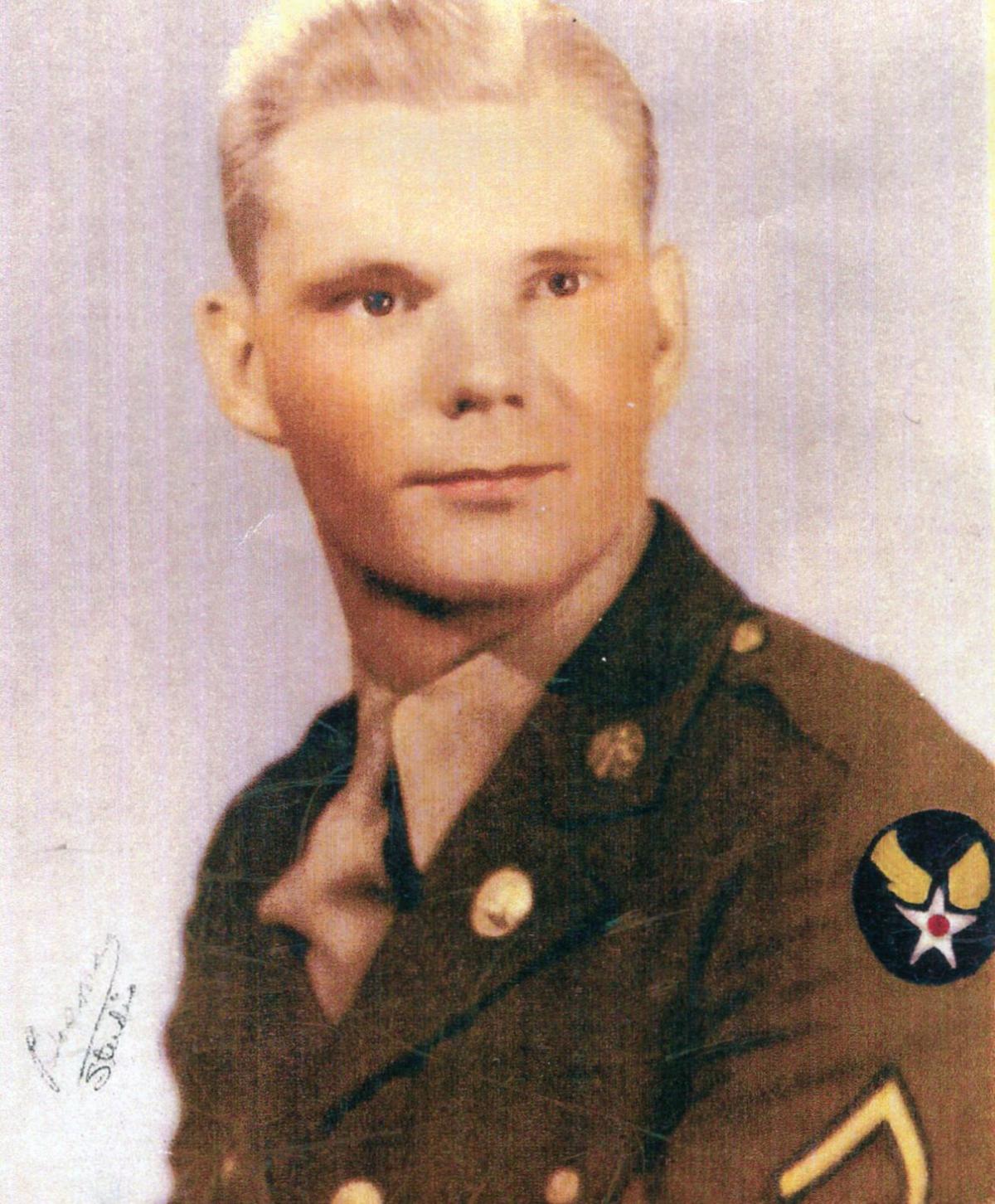 Clair Dietz of South Beloit is shown in the Signal Corps, a branch of the U.S. Army Air Corps in World World II from 1942-45. 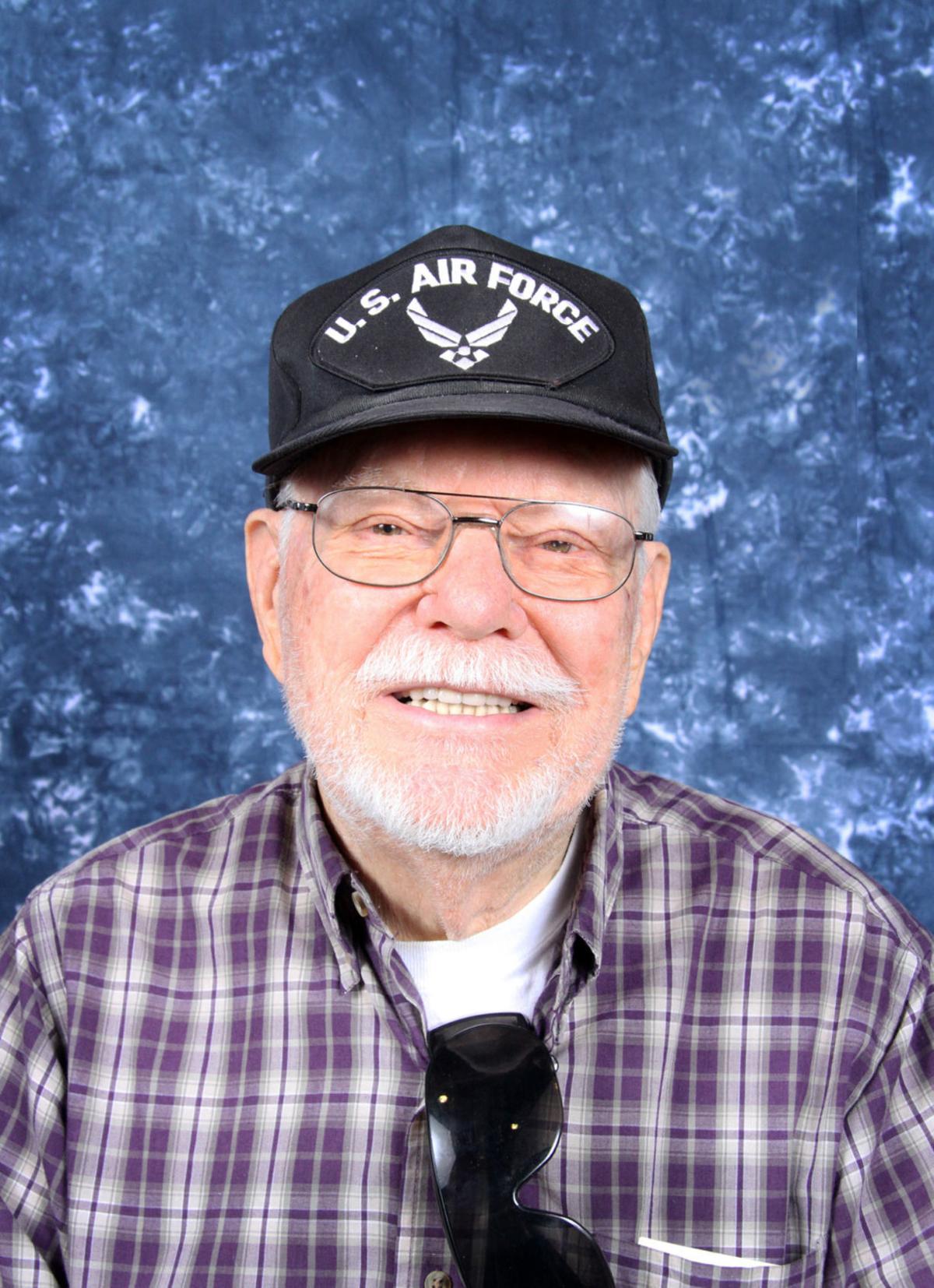 Clair Dietz is shown on the VetsRoll trip in 2013. 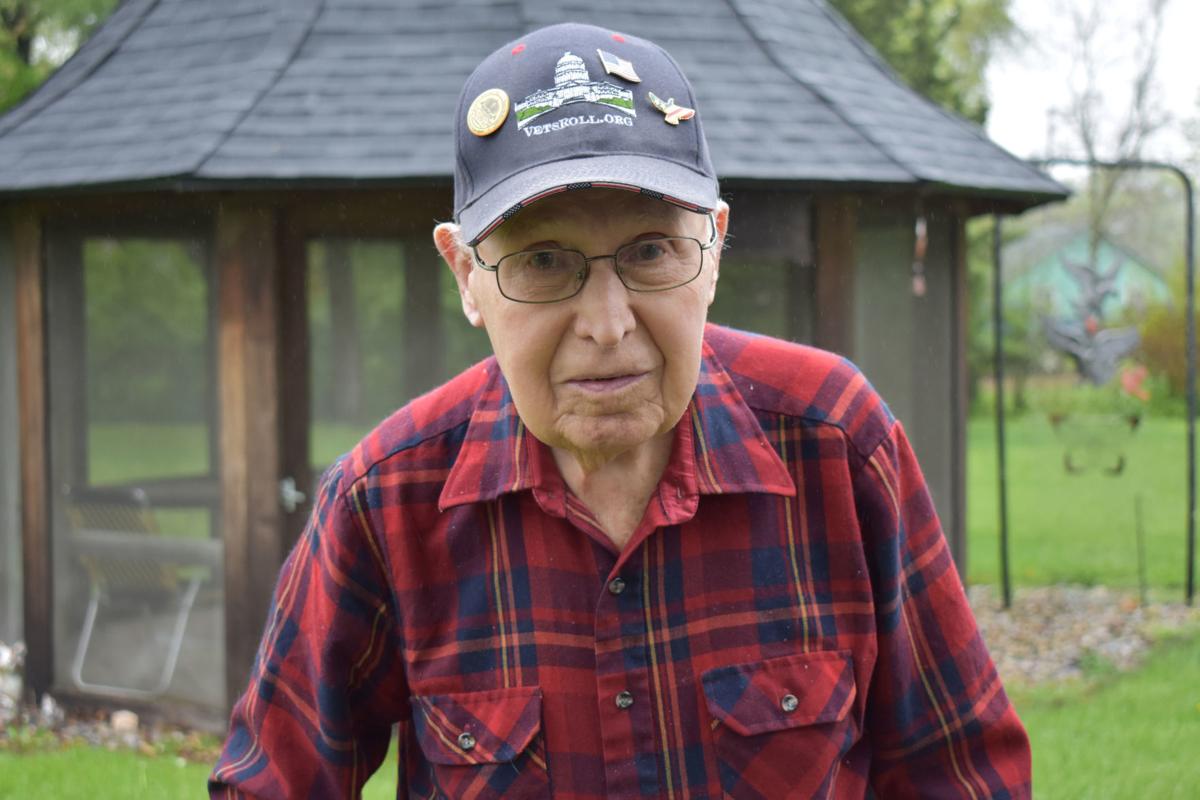 BELOIT — Perhaps the most admirable duties undertaken by two of the area’s most senior World War II veterans was their life after their service. They had seen loss first hand and lived lives worthy of those sacrifices.

Whether singing while delivering the mail or dancing for all in the neighborhood, Clair Deitz, 101, and Marv Behling, 99, never squandered a minute of freedom and are still going. This summer Behling will turn 100 on June 10, and Dietz will turn 102 on Aug. 3.

As a “ward boy,” Behling would change sheets, bed pans and help the wounded into or out of their beds. He witnessed men with their legs and arms blown off, those rendered blind and others with their lives fading. He worked in North Africa for a year before shipping out to a hospital in Italy. It was there he recalled stumbling upon a class ring, although he couldn’t find the owner.

After being discharged on June 12, 1945, Behling came to Beloit. His family and future wife were working at Fairbanks Morse where he found work on the assembly line making magnetos, or small generators, for tractors and small engines. He would go on to work for Yates American Machine Company for another four decades.

Behling never talked much about his experiences or considered himself any kind of hero.

“I really hadn’t given it much thought. It was just something you had to do,” he said.

Behling’s father, Max Behling, had fought in World War I, and many years later, Behling’s son, Craig Behling, would serve in the U.S. Navy in Vietnam.

“My dad liked to show off doing the cha cha,” Carroll said.

The Behlings loaded up the station wagon and would take the neighborhood kids water skiing, roller skating, and tobogganing. When the kids got older, the family took motorcycle trips together.

“This was the house to hang out. We’d come home and all the kids would be here hanging out with my parents” Carroll said.

Carroll said her father never spoke much about the war. He joined the American Legion, but didn’t always attend. It wasn’t until the 1980s that the war came up again, when the class ring found in the Italian hospital was rediscovered in a memory box. Because the ring appeared to have come from a Wilmington, North Carolina high school, the Behlings put an ad with the ring’s description in the community newspaper. The family was surprised to get a call from the ring’s owner and the Behlings drove down to meet him.

By 2011, Behling was finally ready to go on VetsRoll, an all expense-paid trip to Washington, D.C. to see the war memorials. Today Behling lives with his daughter and his wife, Barbara, 92. The couple has been married for 72 years.

Dietz of South Beloit has been married to wife, Sylvia, for 63 years. He enlisted in the Signal Corps, a branch of the U.S. Army Air Corps, in World World II from 1942 to 1945 where he was a corporal. His brother-in-law died in the Bataan Death March in the Philippines in the beginning of the war.

Despite the hard times, Dietz’s wife Sylvia said her husband enjoyed serving. In the Signal Corps, he was dispatched to Dutch East New Guinea in 1944.

“There are pictures of him on a telephone pole,” she said.

At the end of the war he went to the Philippines and finally to Japan after the surrender.

After Dietz got out of the service he went on to work at the South Beloit Post Office and was known as the “singing mailman” and serenaded audiences on a radio broadcast put out by the Peoples Church in Beloit. Clair and his wife volunteered to sing for more than 30 years at Fair Oaks Nursing home in South Beloit. Years later he acted out “deceptive trader” in the Journey to Bethlehem Nativity at Heritage baptist church in Roscoe each year.

“He’d pretend to steal stuff and tell them a big long story. He loved doing that,” his wife said.

As a member of the Fellowship of Christian magicians, the couple would perform at libraries, schools and churches. It wasn’t uncommon for Dietz to make his doves emerge from balloons.

“We had a couple of doves for years, and he has a flaming sword,” Sylvia said.

He remained active for years.

“When he was 71, he did a handstand on a beach in South Carolina,” his wife said.

Sylvia accompanied her husband on the VetsRoll 2013 trip where she recalled him leading the bus in the song, “Pack Up Your Troubles in Your Old Kit Bag.”

Heritage Baptist Church threw him a big birthday party for his 100th birthday and last year, during his 101st birthday, he was honored by Rockton Barber Paul Grossen who dedicated his last career’s haircut to Dietz.