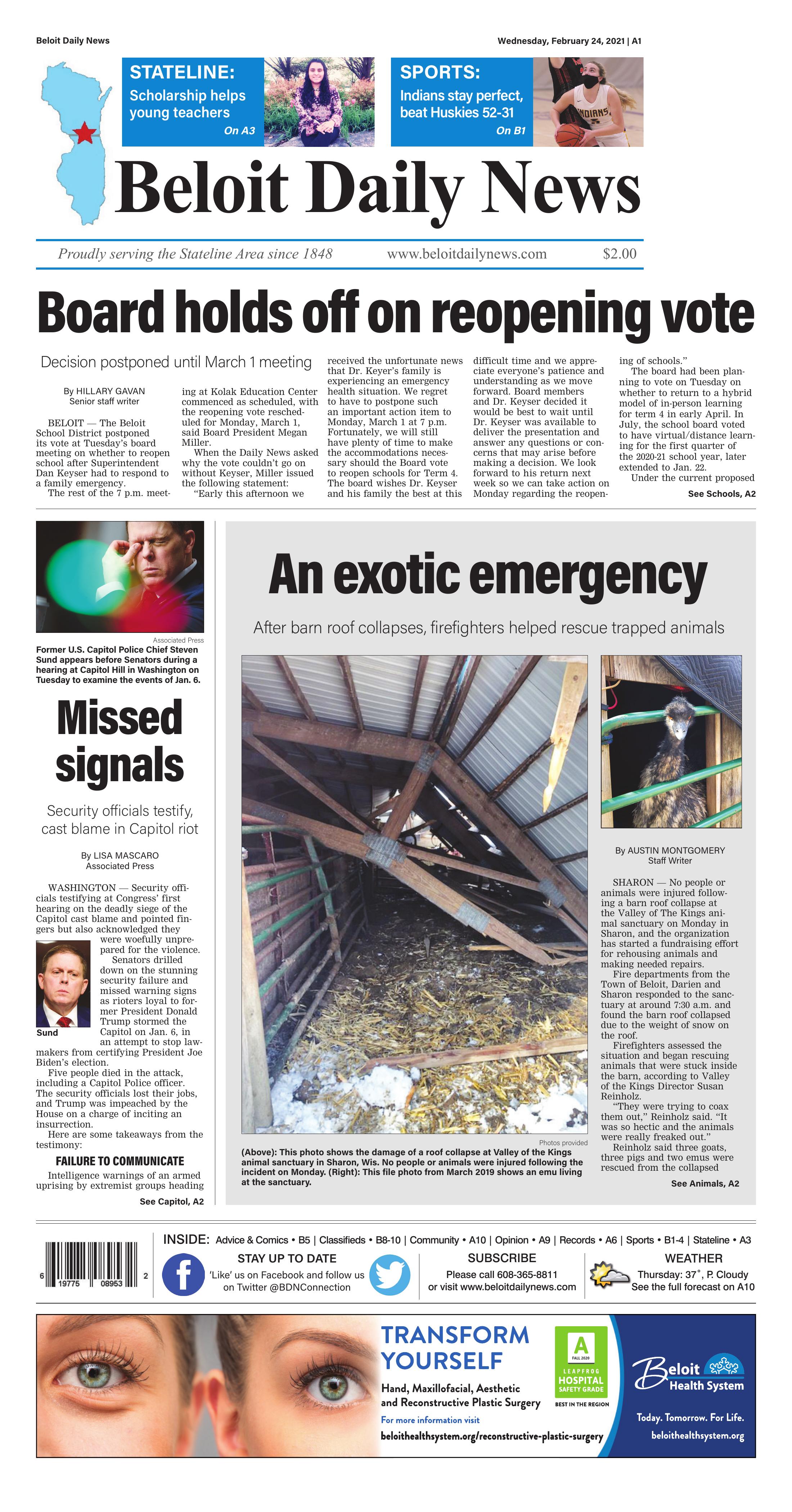 The Kolak Education Center is the home to School District of Beloit administration. Four candidates are running for two seats on the Beloit school board.

BELOIT — The Beloit School District postponed its vote at Tuesday’s board meeting on whether to reopen school after Superintendent Dan Keyser had to respond to a family emergency.

The rest of the 7 p.m. meeting at Kolak Education Center commenced as scheduled, with the reopening vote rescheduled for Monday, March 1, said Board President Megan Miller.

When the Daily News asked why the vote couldn’t go on without Keyser, Miller issued the following statement:

“Early this afternoon we received the unfortunate news that Dr. Keyer’s family is experiencing an emergency health situation. We regret to have to postpone such an important action item to Monday, March 1 at 7 p.m. Fortunately, we will still have plenty of time to make the accommodations necessary should the Board vote to reopen schools for Term 4. The board wishes Dr. Keyser and his family the best at this difficult time and we appreciate everyone’s patience and understanding as we move forward. Board members and Dr. Keyser decided it would be best to wait until Dr. Keyser was available to deliver the presentation and answer any questions or concerns that may arise before making a decision. We look forward to his return next week so we can take action on Monday regarding the reopening of schools.”

The board had been planning to vote on Tuesday on whether to return to a hybrid model of in-person learning for term 4 in early April. In July, the school board voted to have virtual/distance learning for the first quarter of the 2020-21 school year, later extended to Jan. 22.

Under the current proposed reopening model, students would be split into two groups—A group A coming to school in the first half of week, with Wednesday being reserved as a professional development day, and group B coming in the second half of the week. Kids remaining in distance learning could participate in classroom instruction from home.

Effective Feb. 22, Beloit School District teachers’ children enrolled in the district in grades kindergarten through six were allowed to be in the classrooms with them, an accommodation available until March 31. Staff’s children are participating in distance learning with their assigned teachers, and there is no in-person instruction for the children, Keyser said in a Monday email.

Keyser added there were small groups of students attending in-person learning at this time. 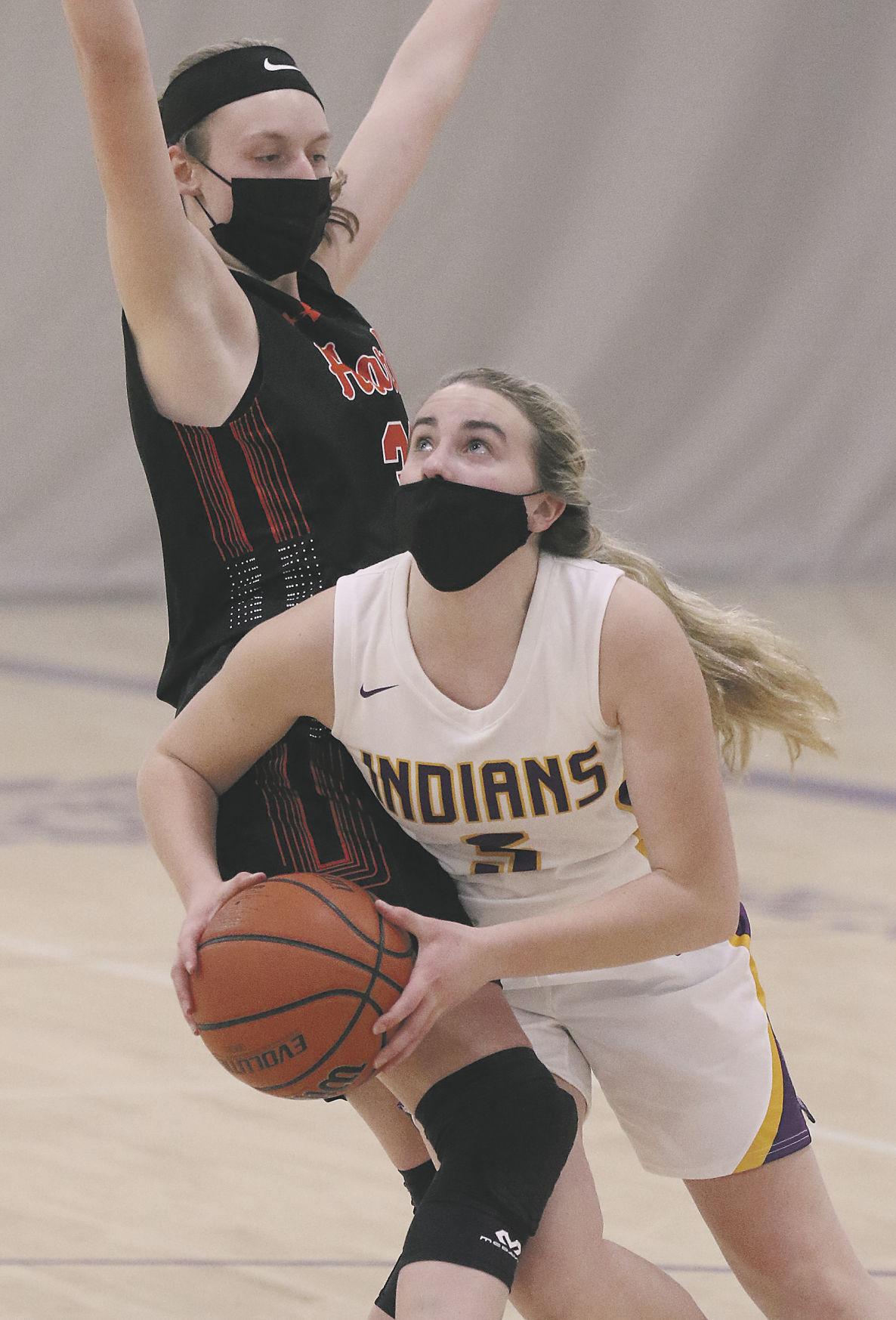 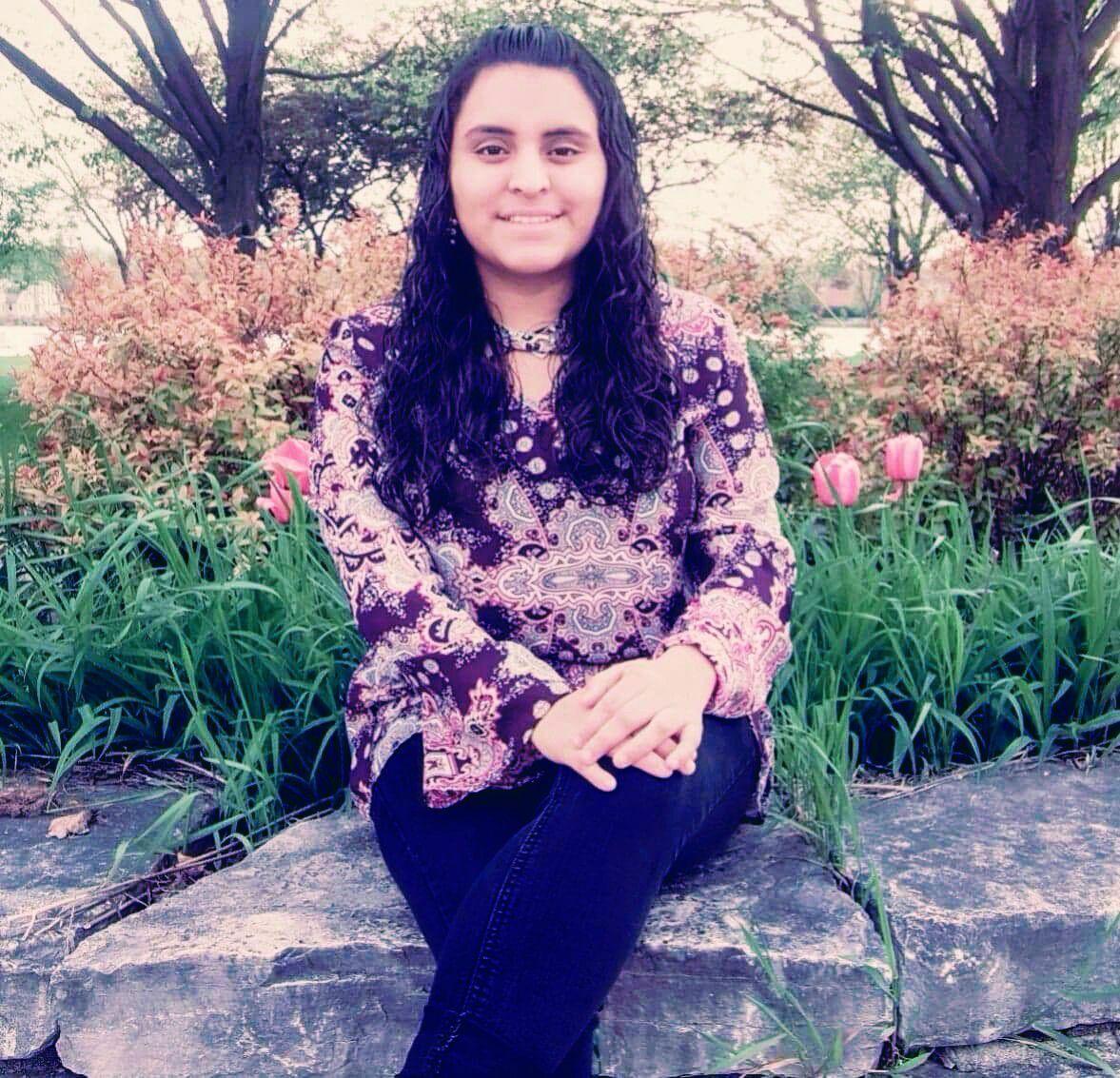 Evelyn Cortes, a junior at UW Whitewater, is in the Grow Your Own Multicultural Scholarship program. The scholarship is for students planning to pursue a four-year degree and return to teach in the Beloit School District.

This file photo from March 2019 shows an emu at the Valley of the Kings Sanctuary and Retreat in Sharon, Wis. A barn roof at the animal sanctuary collapsed Monday morning, but no people or animals were hurt.

This photo shows the damage of a roof collapse at Valley of the Kings animal sanctuary in Sharon. No people or animals were injured following the incident on Monday.

This exterior photo shows the collapsed roof at the Valley of the Kings animal sanctuary in Sharon.

Firefighters from Town of Beloit, Darien and Sharon responded to a barn roof collapse on Monday at the Valley of the Kings animal sanctuary. No injuries were reported and all animals were safely removed.

SHARON — No people or animals were injured following a barn roof collapse at the Valley of The Kings animal sanctuary on Monday in Sharon, and the organization has started a fundraising effort for rehousing animals and making needed repairs.

Fire departments from Darien and Sharon responded to the sanctuary at around 1:15 p.m. and found the barn roof collapsed due to the weight of snow on the roof.

Firefighters assessed the situation and began rescuing animals that were stuck inside the barn, according to Valley of the Kings Director Susan Reinholz.

“They were trying to coax them out,” Reinholz said. “It was so hectic and the animals were really freaked out.”

Reinholz said three goats, three pigs and two emus were rescued from the collapsed structure unharmed. A blind horse near the barn received minor scrapes. A number of llamas, ponies and cows near the rear of the structure were relocated.

“If there had been anyone in the barn they would have been crushed,” Reinholz said.

“We’re working on getting the animals re-homed around the barn and getting temporary shelters up for them,” Reinholz said. “Thankfully the weather broke.”

The barn that collapsed was not insured, Reinholz said, noting that the sanctuary has established multiple fundraisers for reconstruction efforts.