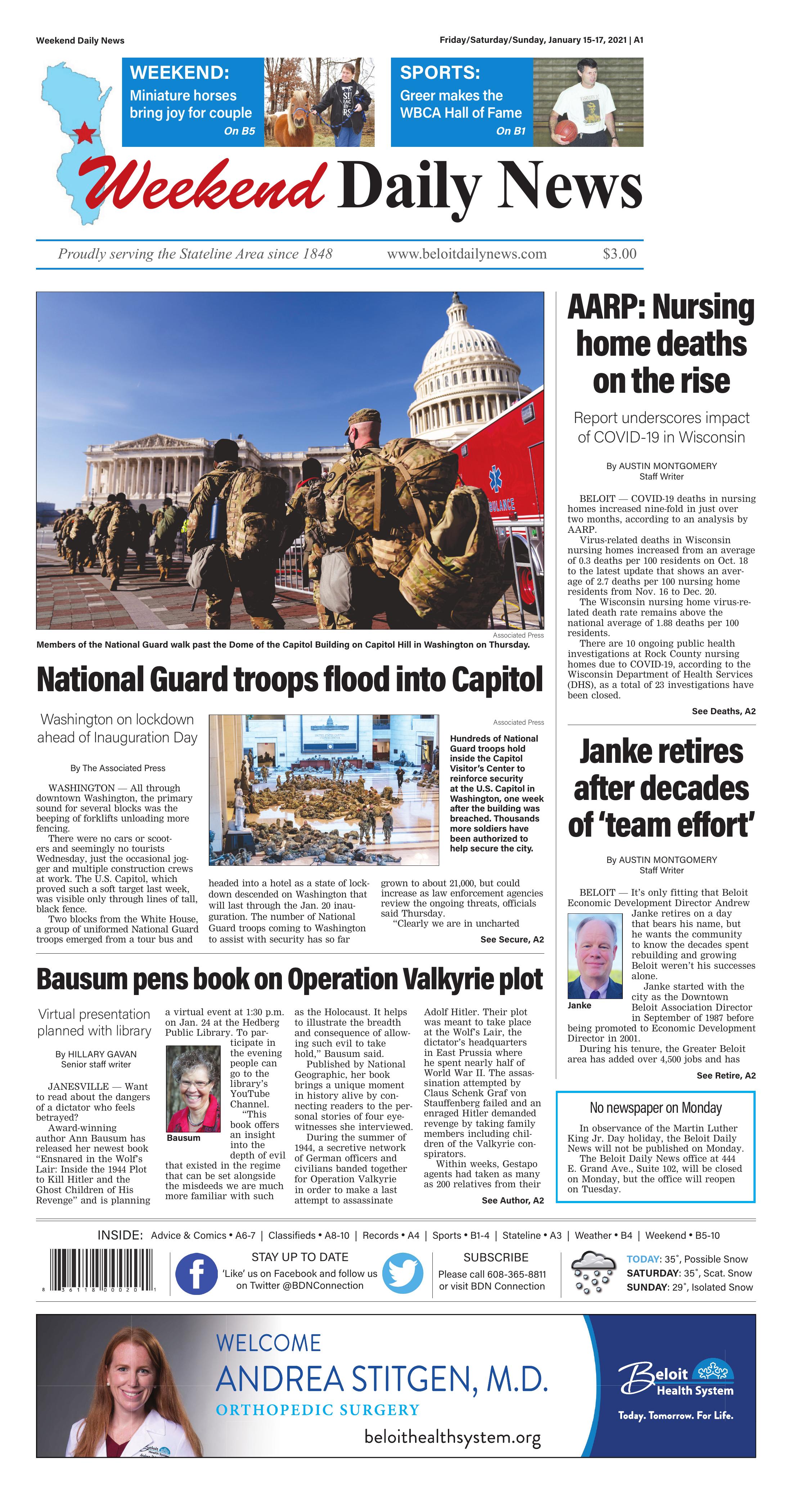 JANESVILLE — Want to read about the dangers of a dictator who feels betrayed?

Award-winning author Ann Bausum has released her newest book “Ensnared in the Wolf’s Lair: Inside the 1944 Plot to Kill Hitler and the Ghost Children of His Revenge” and is planning a virtual event at 1:30 p.m. on Jan. 24 at the Hedberg Public Library. To participate in the event people can go to the library’s YouTube Channel.

“This book offers an insight into the depth of evil that existed in the regime that can be set alongside the misdeeds we are much more familiar with such as the Holocaust. It helps to illustrate the breadth and consequence of allowing such evil to take hold,” Bausum said.

Published by National Geographic, her book brings a unique moment in history alive by connecting readers to the personal stories of four eyewitnesses she interviewed.

During the summer of 1944, a secretive network of German officers and civilians banded together for Operation Valkyrie in order to make a last attempt to assassinate Adolf Hitler. Their plot was meant to take place at the Wolf’s Lair, the dictator’s headquarters in East Prussia where he spent nearly half of World War II. The assassination attempted by Claus Schenk Graf von Stauffenberg failed and an enraged Hitler demanded revenge by taking family members including children of the Valkyrie conspirators.

Within weeks, Gestapo agents had taken as many as 200 relatives from their homes, separating the adults from the children, and punishing them all.

Bausum said some are familiar with the failed coup because of the movie “Valkyrie” starring Tom Cruise.

She noted Germans mounted a broad and ongoing resistance to the Nazi regime. Even as one group was exposed or eliminated, others stepped forward. This history is captured at the German Resistance Memorial Center (Gedenkstätte Deutscher Widerstand) in Berlin.

There were so many travesties linked to the Nazi regime, principally the Holocaust, that sometimes smaller but also evil behaviors fell below the radar.

“There were about 700 people arrested following this failed coup, and more than 150 of them were executed after ‘show trials,” Bausum said.

While family members and older teens were taken to various jails and prisons and often interrogated, some of the youngest children were taken to the Borntal, a collection of state-run homes where the children stayed located in Bad Sachsa, Germany. With the resemblance of a summer camp, the Borntal had children as young as 10 days old detained three to six weeks prior to liberation by American forces in 1945.

“It was very poignant to hear this man’s childhood memories of his father,” Bausum said.

The other man she interviewed was Friedrich-Wilhelm von Hase who was 7-years-old at the time of the assassination attempt.

Although the boys were not physically abused at the site and things had an outside appearance of normalcy, Bausum said it was traumatic. Children were separated by siblings as they were housed by age and gender. They also were told they had new last names, had their possessions such as photos taken and knew almost nothing about their fate or that of their families.

“It’s a reminder terror can take many forms,” she said.

The two other grown children were interviewed via phone during the pandemic in the United States including 97-year-old Maria-Gisela von Hase Boehringer who was age 20 at the time.

“She was placed in prison,” Bausum said

She said her account illustrates how regimes can manipulate and control others by exploiting their fears and enveloping them in uncertainty.

While researching the book, Bausum traveled twice to Europe to get to know the people and places that became intertwined in 1944 after the failed effort to kill Hitler at the Wolf’s Lair. Bausum’s son Sam Boutelle, who had lived in Germany for a year after college as a Fulbright Scholar, lent his German-language skills to the project during these travels.

Lauren Rachel Woolf, an intern from Beloit College served for a semester as a research assistant for the project.

“Ensnared in the Wolf’s Lair: Inside the 1944 Plot to Kill Hitler and the Ghost Children of His Revenge” is Bausum’s 11th book for National Geographic Kids and her fourth look at international history. She’s published a total of 16 books. Her first, a photobiography of Beloit-born explorer Roy Chapman Andrews, came out in 2000. 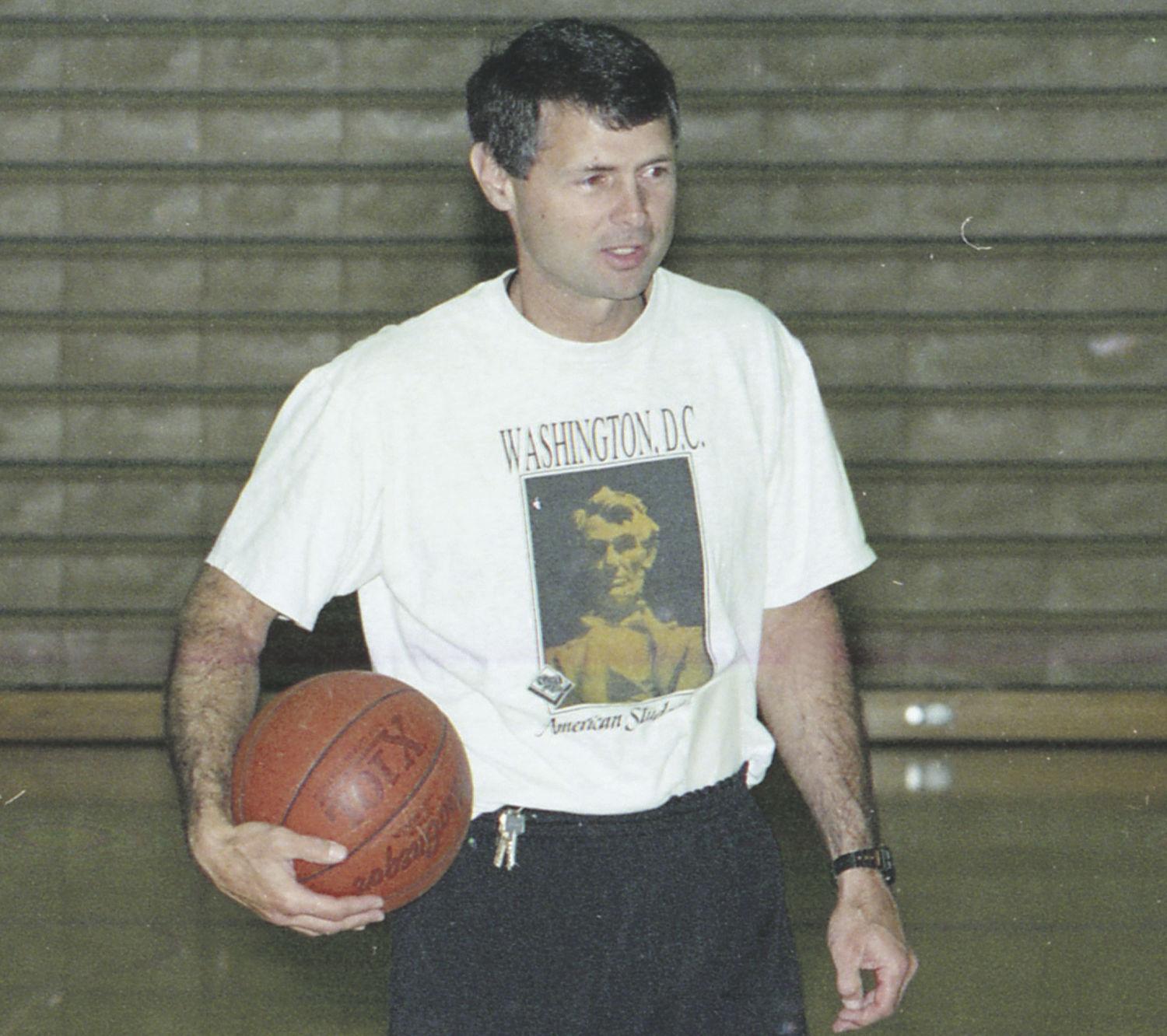 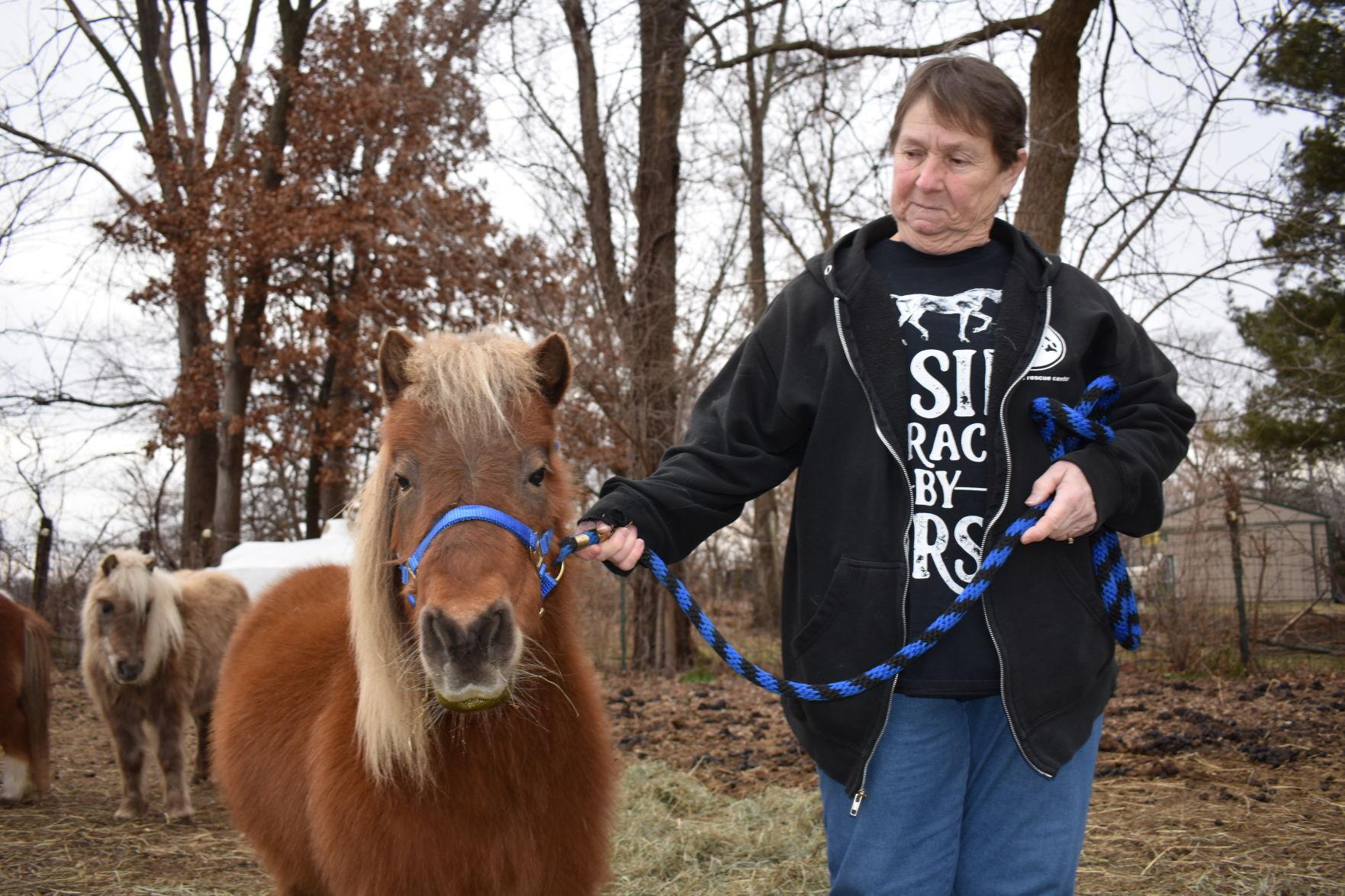 Trudy Burke walks one of her miniatures horses named Tina. She and her husband Tim have been raising miniatures for two decades and love to show them off at parades, in the show ring or to visitors to their farm.

BELOIT — COVID-19 deaths in nursing homes increased nine-fold in just over two months, according to an analysis by AARP.

The Wisconsin nursing home virus-related death rate remains above the national average of 1.88 deaths per 100 residents.

There are 10 ongoing public health investigations at Rock County nursing homes due to COVID-19, according to the Wisconsin Department of Health Services (DHS), as a total of 23 investigations have been closed.

“We know that rising cases of COVID-19 in nursing homes translate to rising death rates shortly thereafter based on our dashboard analysis. This most recent report confirms that fact following the explosion of cases we saw in the fall,” said AARP Wisconsin State Director Sam Wilson. “There are signs of hope on the horizon, but we are nowhere near out of the woods at this point.”

Shortages of personal protective equipment (PPE) have decreased slightly over the same period, from 39.7% of nursing homes without a one-week supply in November to 34.6% in December.

Meanwhile, staffing shortages remain a persistent problem, with 43.4% of facilities reporting a shortage in the most recent dashboard, which is down from 47.1% in the previous four-week period, but much higher than the 26.1% reported in June of 2020.

BELOIT — It’s only fitting that Beloit Economic Development Director Andrew Janke retires on a day that bears his name, but he wants the community to know the decades spent rebuilding and growing Beloit weren’t his successes alone.

Janke started with the city as the Downtown Beloit Association Director in September of 1987 before being promoted to Economic Development Director in 2001.

During his tenure, the Greater Beloit area has added over 4,500 jobs and has seen over $1.85 billion in private capital investment.

”There’s been so many highlights and that’s the remarkable thing,” Janke said. “It’s not about one project. It’s really been about the journey and it’s been extraordinary. I did not do this alone. It was a team effort. I would be remiss if I didn’t express gratitude to all the businesses in the community, from small businesses downtown to the mega-corporations in the Gateway Business Park. It’s been an honor and a pleasure to work with everyone.”

Beloit City Council President Regina Dunkin said he was a crucial part to Beloit’s growth over the years.

“Andrew Janke has positively impacted the City of Beloit by playing a crucial role in its development and growth,” Dunkin said. “I salute him for his many contributions and wish him the best.”

“He has gone above and beyond to make Beloit a better place and to ensure Beloit’s economic future is strong,” Luther said. “We appreciate all that Andrew has done for our community; he will certainly be missed.”

Over his three decades in Beloit, Janke worked to make economic development what he called a “team sport.”

”There’s no one individual who could do what we have done together,” Janke stressed. “From the volunteers that I worked with at the DBA or GBEDC to the entire staff at City Hall, none of this would have been possible without the collective effort to make Beloit a better place to live and work.”

Economic development in Beloit was not the sure-fire bet it is today as it was following the closure of Beloit Corporation in 2000 or during the Great Recession of 2008 as the county reeled following the shuttering of the GM plant in Janesville. A new challenge arose last year in 2020 with the COVID-19 pandemic as economic development turned from expanded growth to triage and support of businesses struggling to cope with fallout from unprecedented disruption.

Fast forward to today and the Gateway area has led to over 2,793 jobs created as part of 11 major projects totaling over 2.7 million square-feet of industrial space.

When Janke first came to Beloit, he recalled downtown’s dreary and dull atmosphere as properties sat vacant. Today, property space in downtown is at a premium as businesses jockey for prime real estate.

“The common theme here is the intrepid spirit of this community and how it keeps pulling itself up by its bootstraps. This really is an amazing journey that’s far from over for the city,” Janke said.

“The future of Beloit is going to be incredible,” Janke said.

Local-news
No paper on Monday

In observance of the Martin Luther King Jr. Day holiday, the Beloit Daily News will not be published on Monday.

The Beloit Daily News office at 444 E. Grand Ave., Suite 102, will be closed on Monday, but the office will reopen on Tuesday.