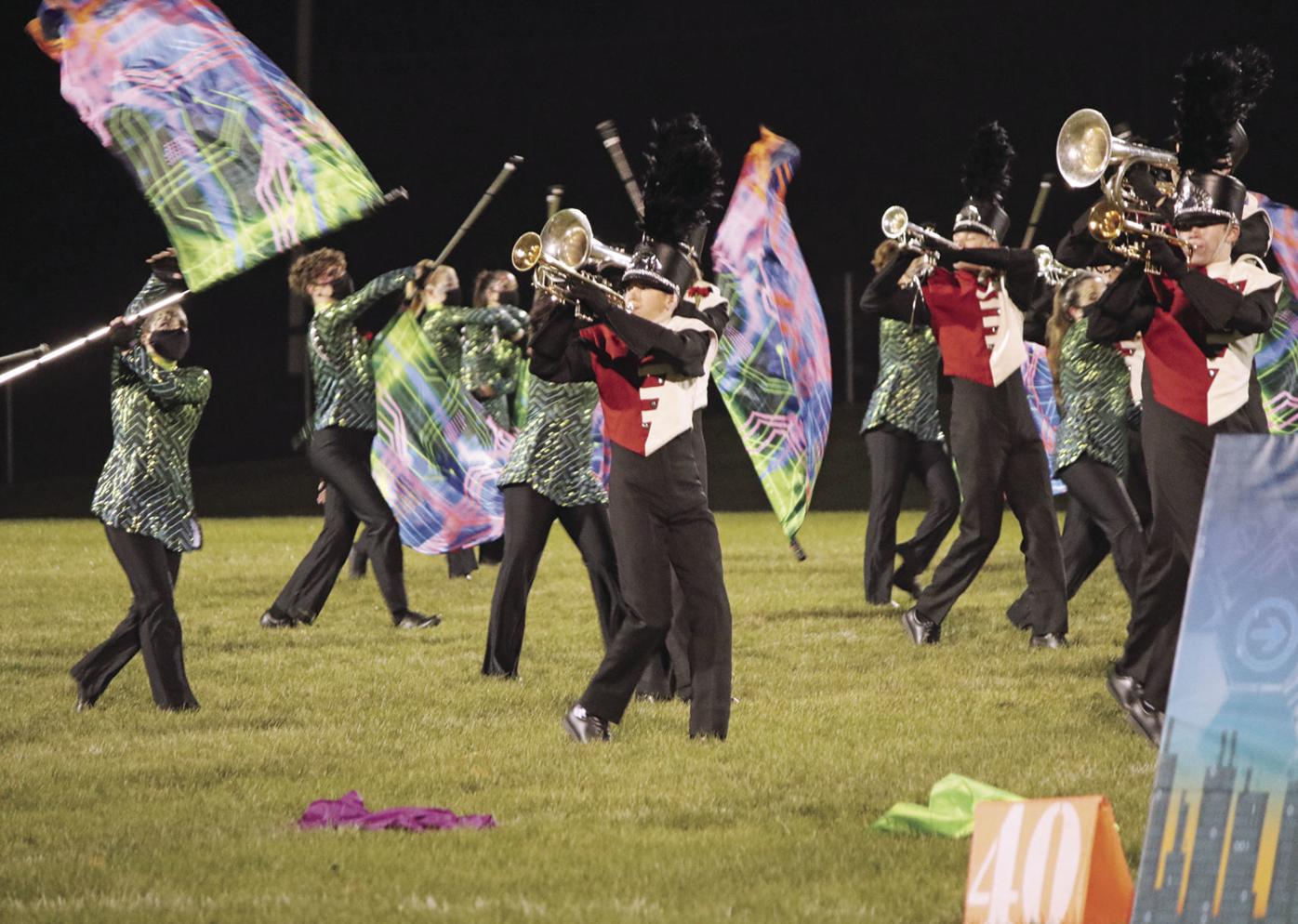 In the middle of the photo is senior Sam Munger, color guard, and freshman Carson McPherson, trumpet 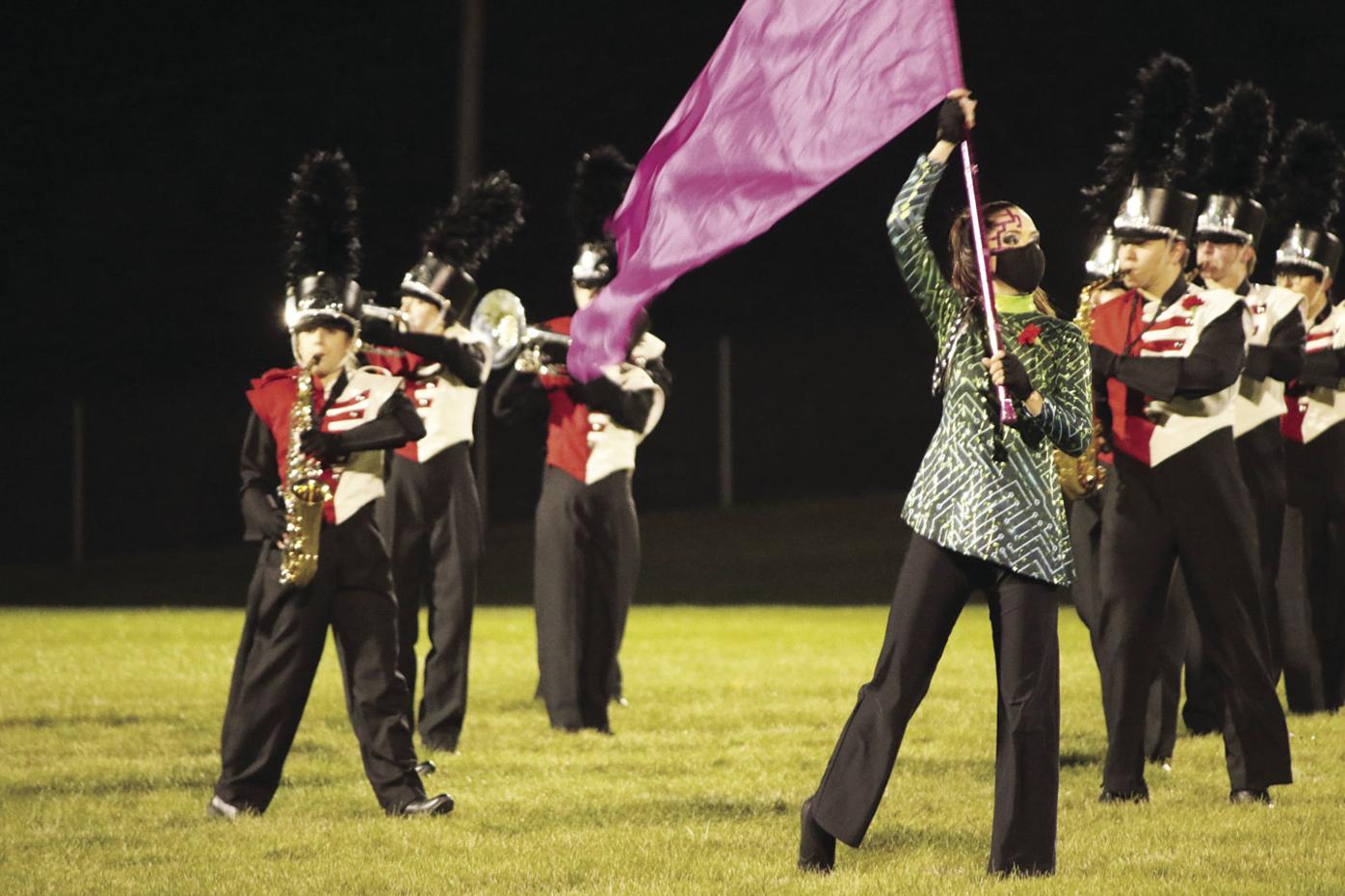 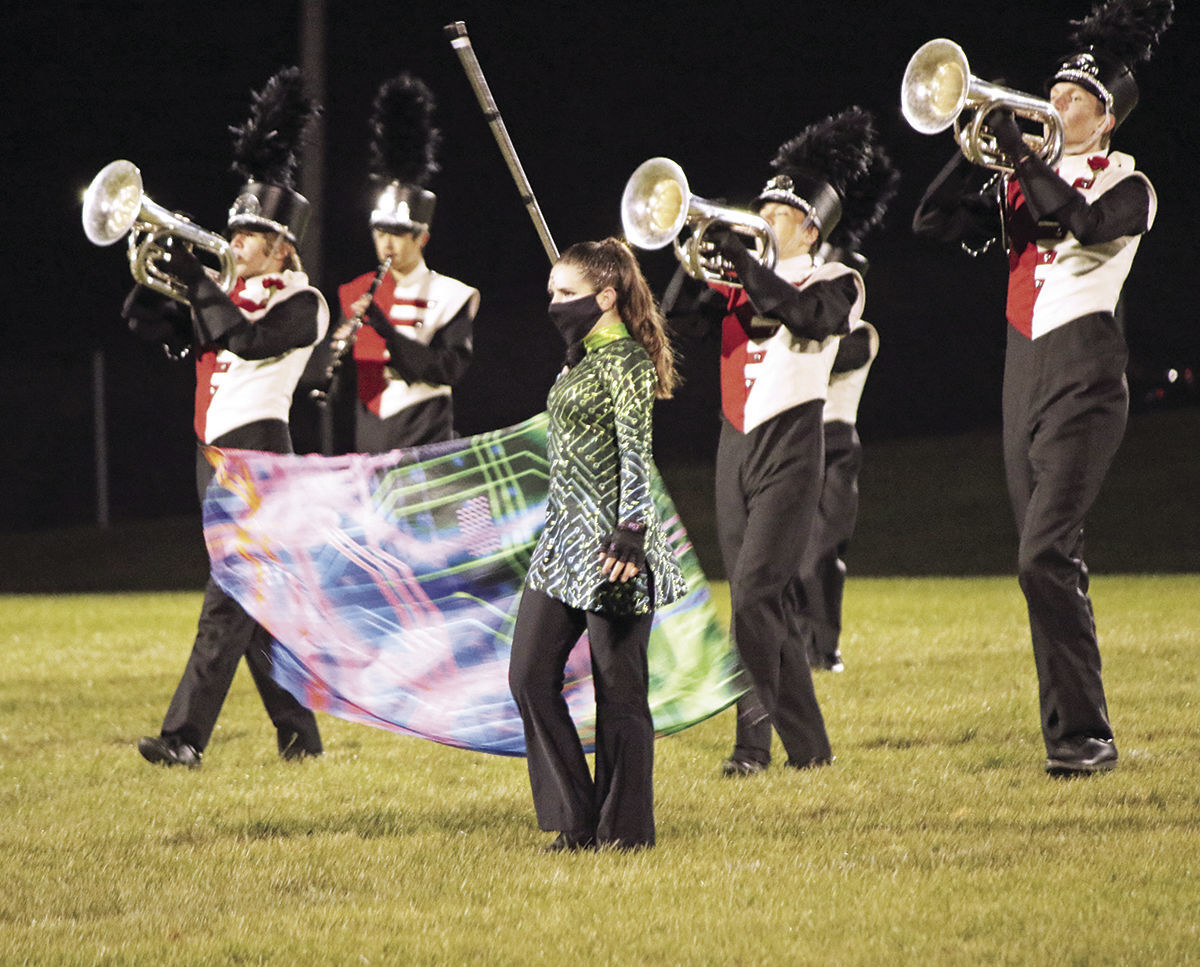 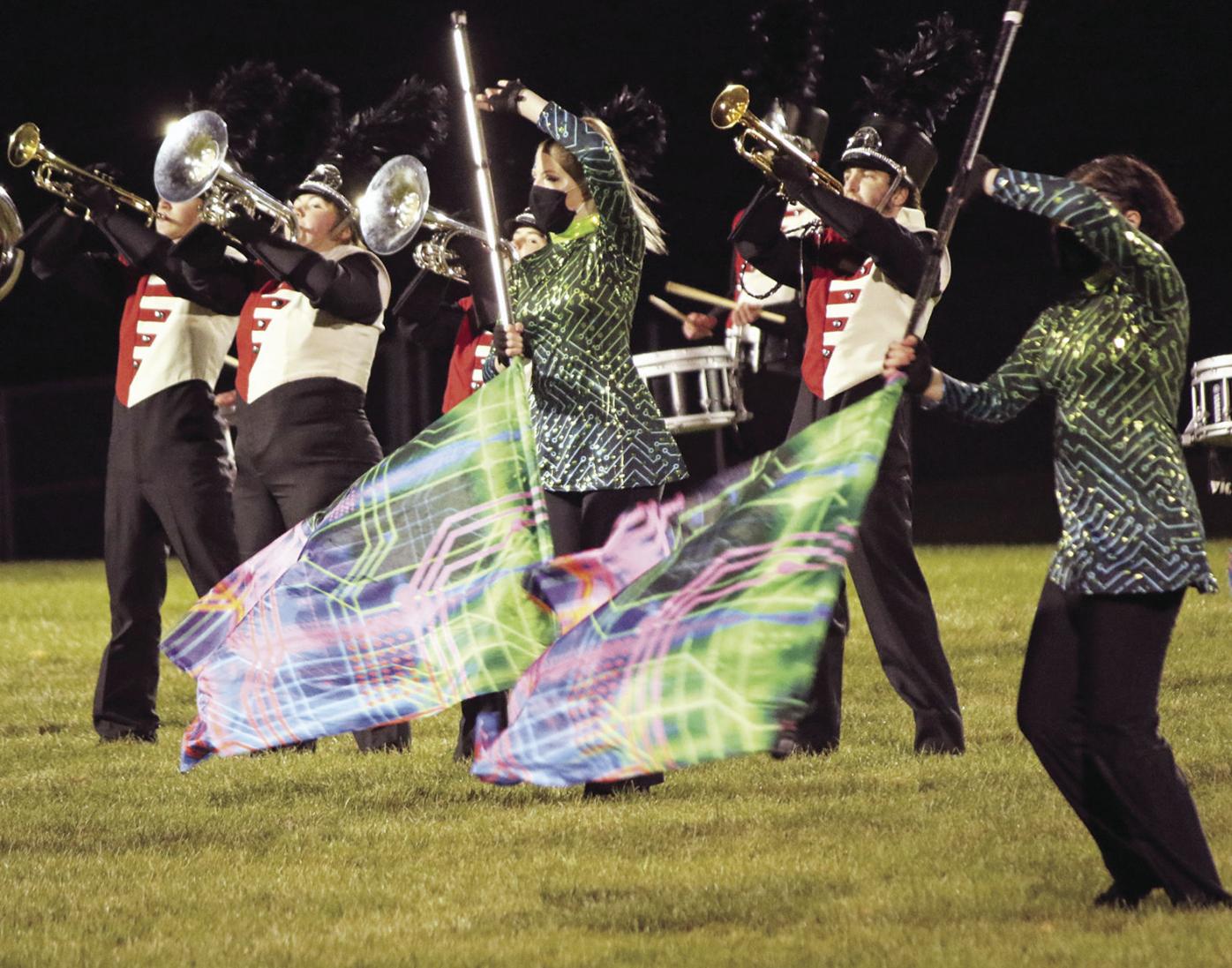 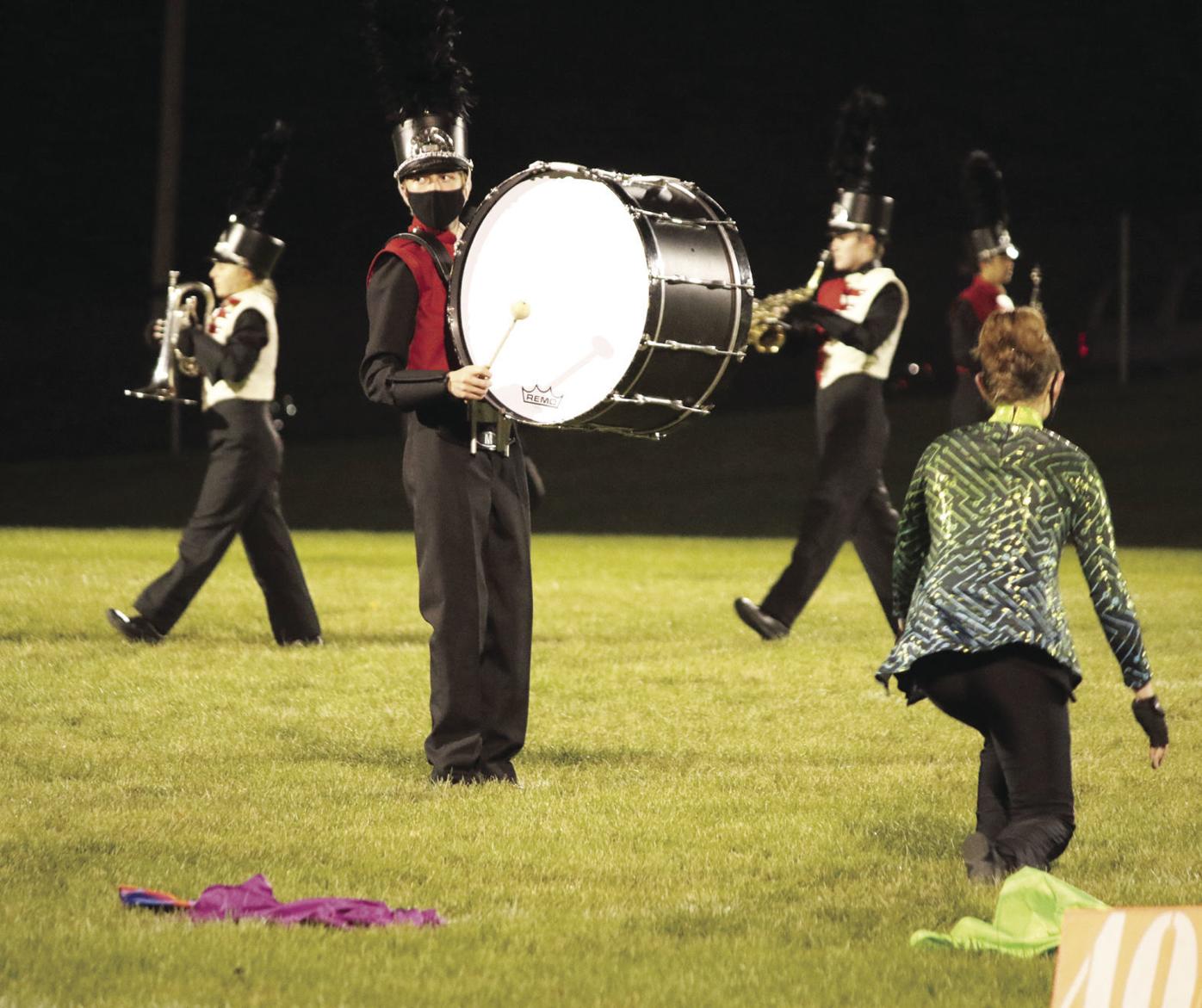 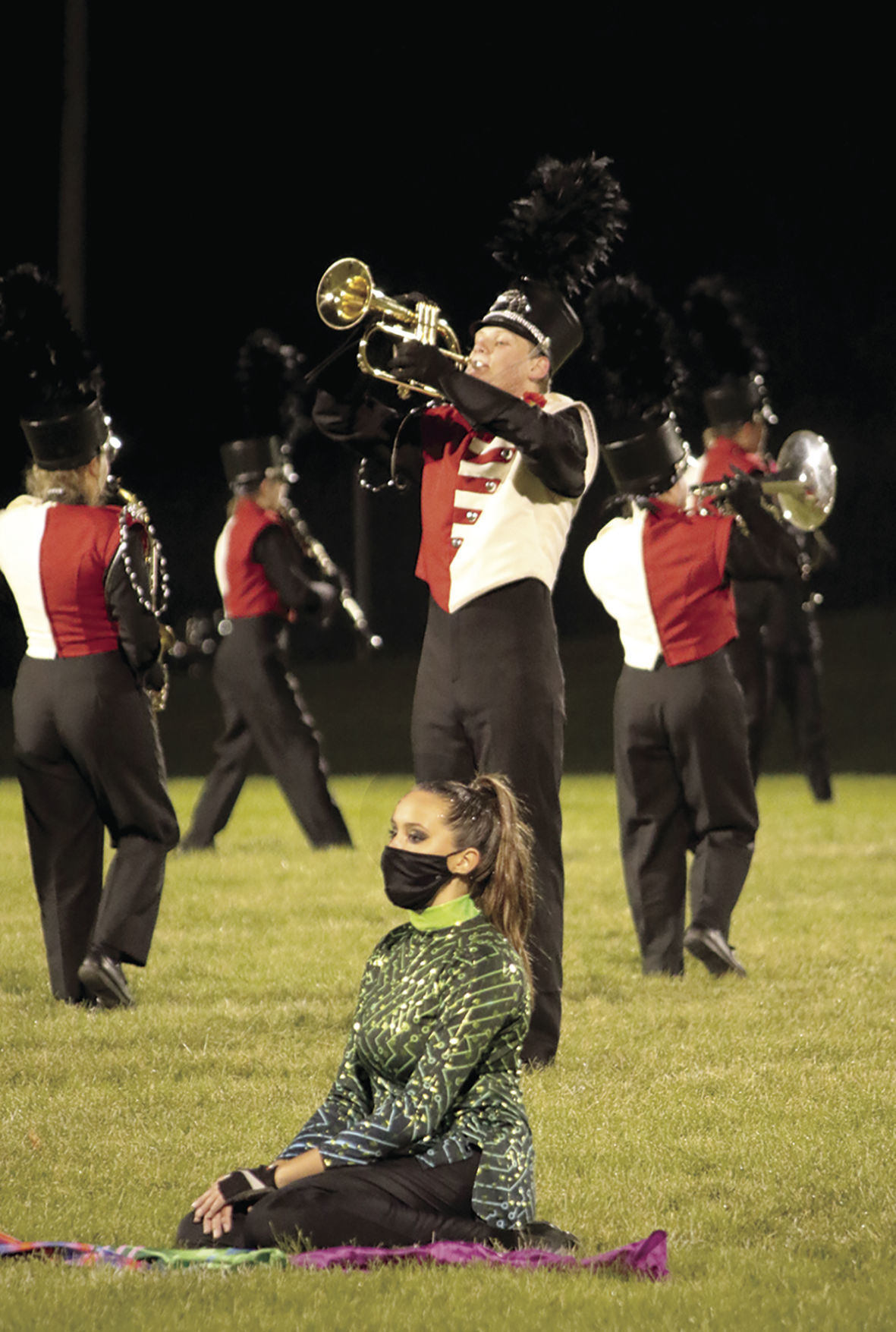 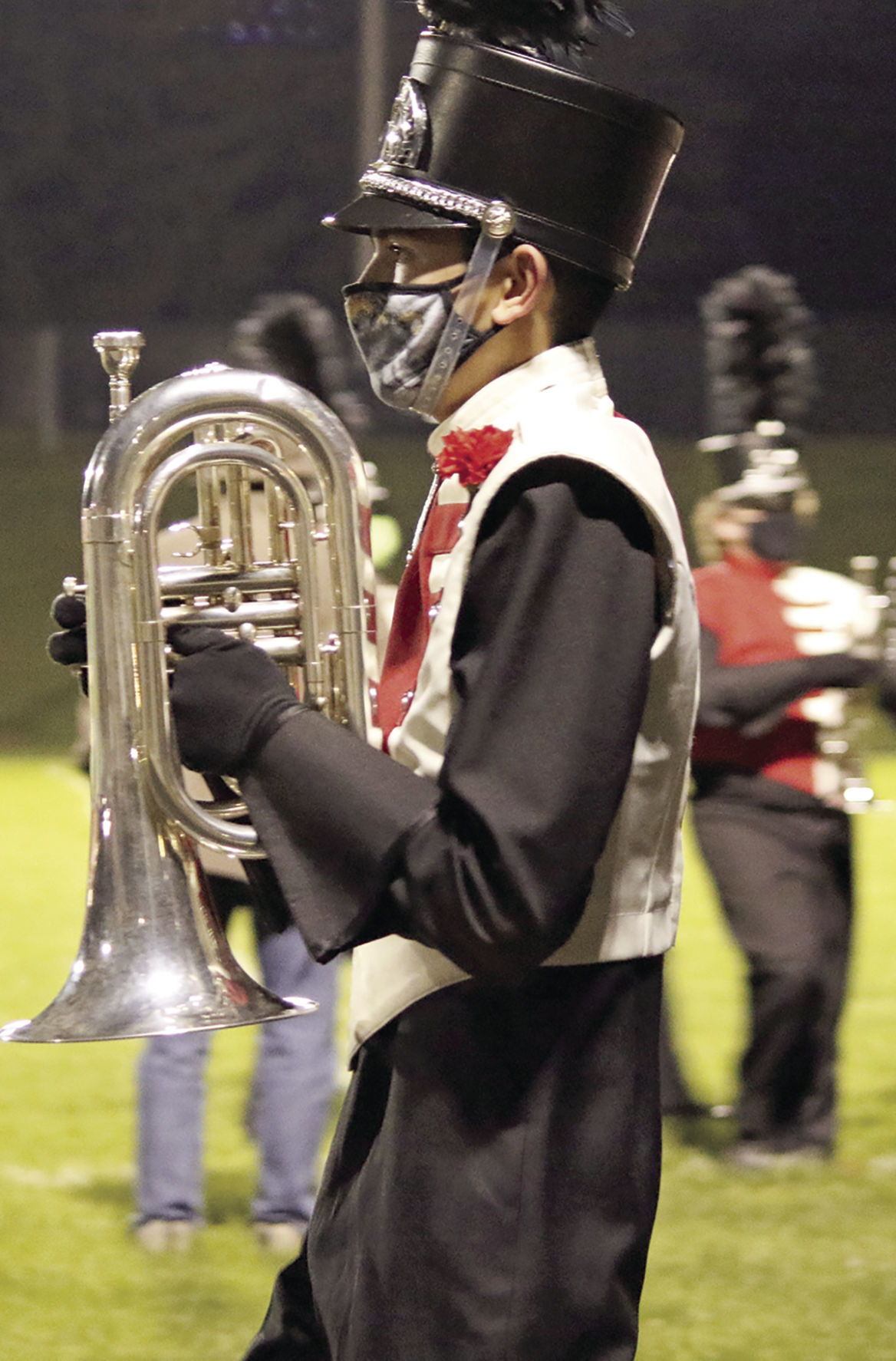 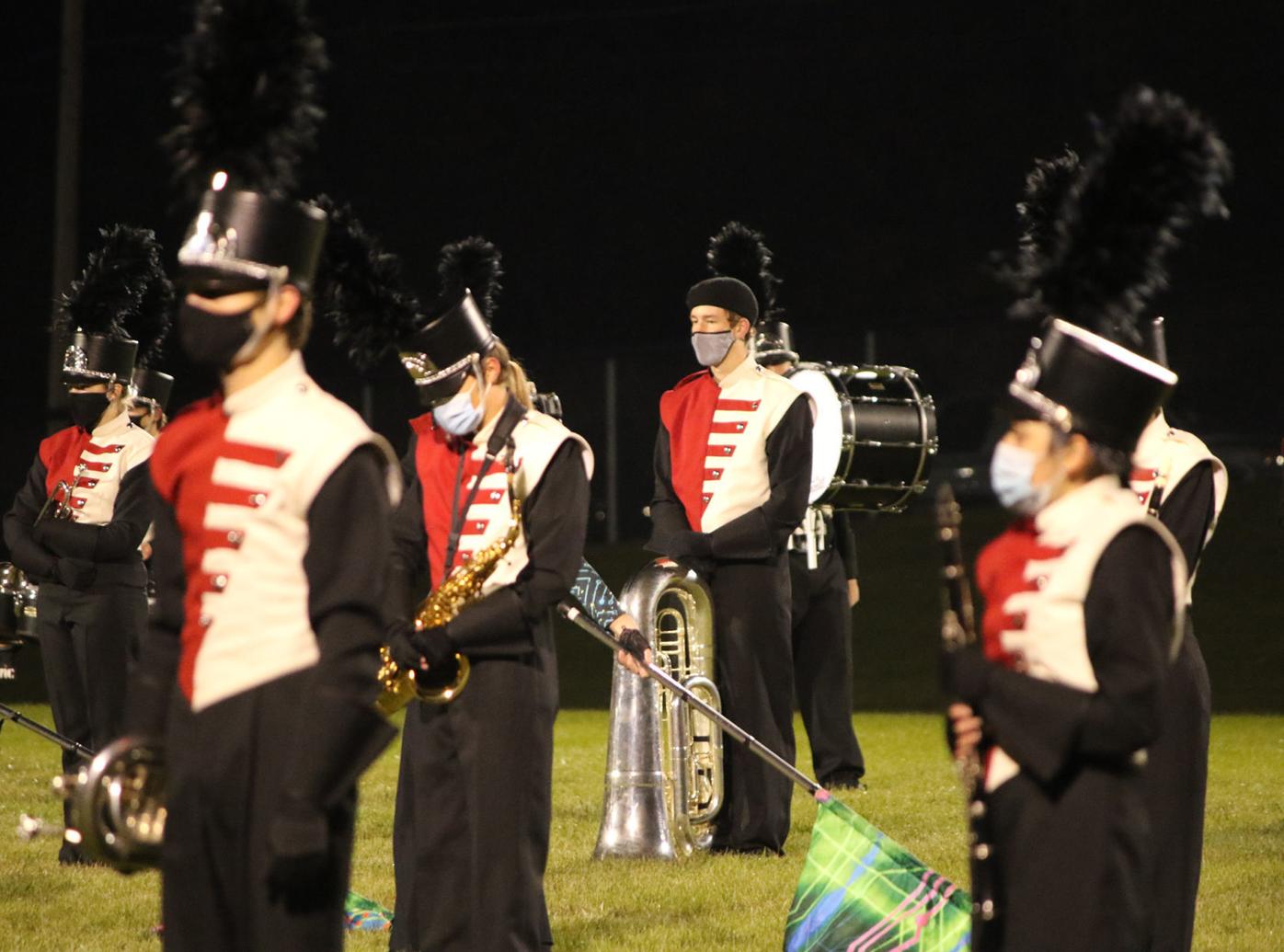 The Milton Red Hawk Marching Band recorded its last virtual competition show on Oct 26. Results will come in on Oct. 31. Parents were allowed to watch the band for senior night on Oct. 19. They sat in the stands, wore masks and practiced social distancing. Junior Mason Ratzbug (at center) pauses for reflection as Director of Bands Nathan Pierce makes announcements. 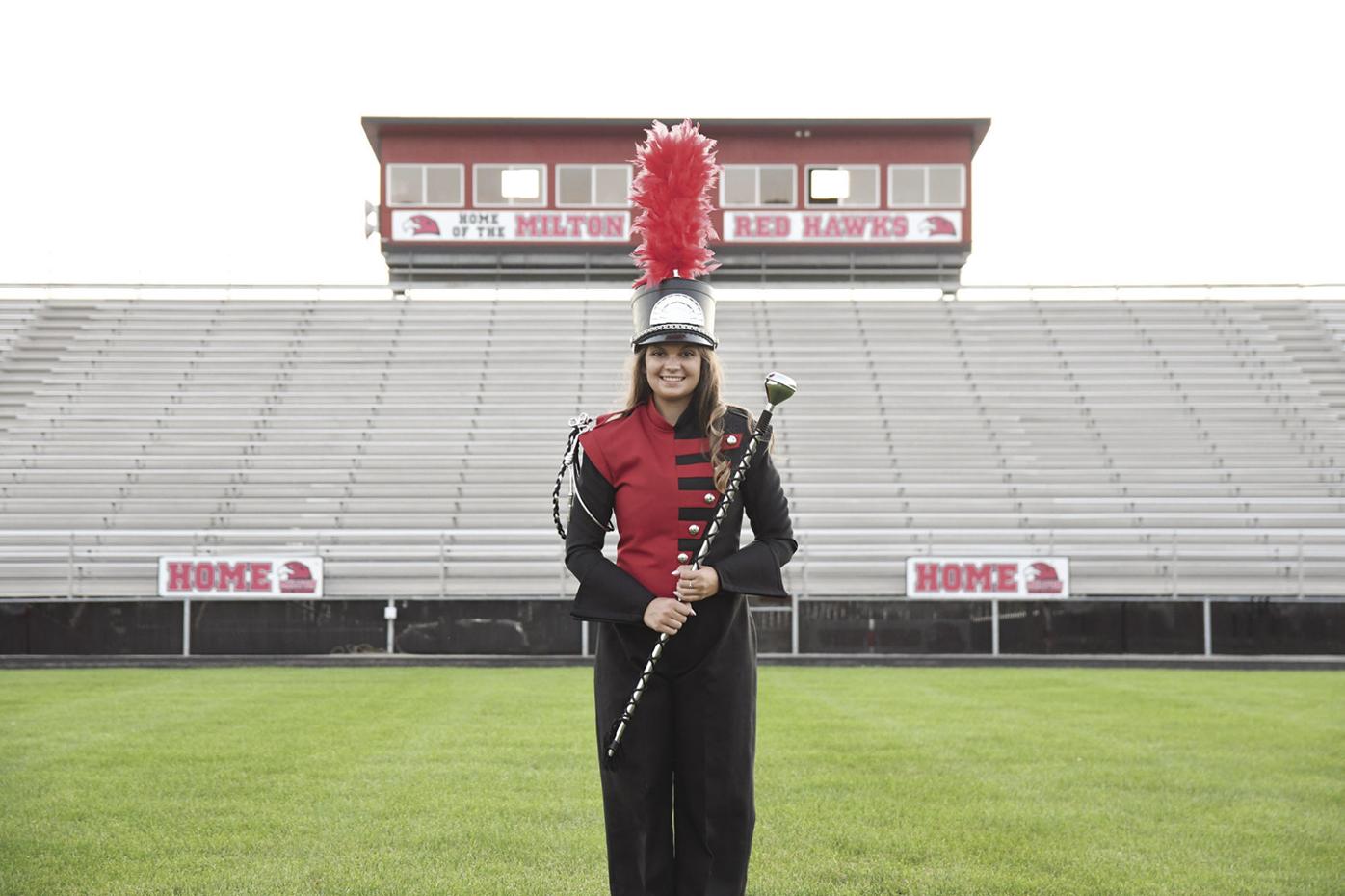 In the middle of the photo is senior Sam Munger, color guard, and freshman Carson McPherson, trumpet

The Milton Red Hawk Marching Band recorded its last virtual competition show on Oct 26. Results will come in on Oct. 31. Parents were allowed to watch the band for senior night on Oct. 19. They sat in the stands, wore masks and practiced social distancing. Junior Mason Ratzbug (at center) pauses for reflection as Director of Bands Nathan Pierce makes announcements.

As soon as the competitive marching band season ends, the creative team of the Milton High School marching band gets together to come up with ideas for the next season.

Inspired by the movie “Tron,” this year’s show is “A Digital World.” It includes electronic music from synthesizers, circuit board props set out on the field, flowing movements, and bright, electrifying colors worn by the color guard. The creative team didn’t anticipate that members of the band and color guard themselves would appear before judges in digital form.

Due to safety concerns relating to the COVID-19 pandemic, marching band competitions, including the state championships, were canceled in Wisconsin.

Since the MHS band couldn’t do in-person competitions or travel, Milton High School Director of Bands Nathan Pierce looked for virtual competitions and found them through USBands. The organization oversees educational events for nearly 600 high school marching band programs. It’s not new, but its virtual platform v-USBands is.

MHS was one of more than 100 schools participating in the inaugural v-USBands virtual performance season.

Different COVID-19 guidelines and state mandates have given some schools competitive advantages over others.

Two bands from Utah, for example, are going to school in person every day.

Milton High School students have the option of virtual learning or a hybrid of in-person and virtual learning. Students who choose the hybrid model are divided into two groups (cohorts) and go to the high school every other day.

That means Pierce sees students every other day (for maybe 45 minutes) or not at all during the school day, which limits what the band can do.

“If we try to go outside and march, there’s so many holes in the drill it actually does more harm than good,” he said. “So we’ve been doing a lot of music rehearsal during the day.”

When the band goes outside, students wear masks when they’re not playing and stand more than 6 feet apart. Both are recommendations of the Centers for Disease Control to slow the spread of COVID-19.

The drill itself was written to keep students farther apart, Pierce said.

“That’s for safety, so they’re not breathing on each other and that kind of thing,” he said.

Of all the situations the band could be in right now, he said, “the best thing we could be doing probably is playing outside, so that’s what we’re doing—weather permitting, of course.”

On Monday and Wednesday nights the whole band practices 2.5 hours.

Students are in uniform and the last 45 minutes is devoted to recording two or three takes of the show on the football field (with no large crowd cheering them on).

The best take is submitted for competition. Judges review the show, send back comments and on Saturdays competition results are released.

“If we didn’t have those night rehearsals, there’s no way we could be doing what we’re doing right now,” Pierce said.

Some of the rehearsal time is devoted to getting everyone used to playing together again.

If MHS marching band would have lost this year, he said next year MHS would have had two classes who had never marched before. With sports canceled, he said, “We got to be the closest thing to normal that’s happening right now. It’s not normal but I’m trying to keep it as normal as possible for them. It’s not perfect, but we’re trying our best.”

Band members likely will remember wearing masks in 80-degree-plus temperatures or just wearing masks. They no doubt will have many memories from the unusual 2020 season.

”You got this. It may not be the setting of every other year, but we are here and doing the dang thing!”